Amidst Growing Buzz over Streaming Services like Stadia, NVIDIA GeForce NOW gets a makeover on Windows and MAC 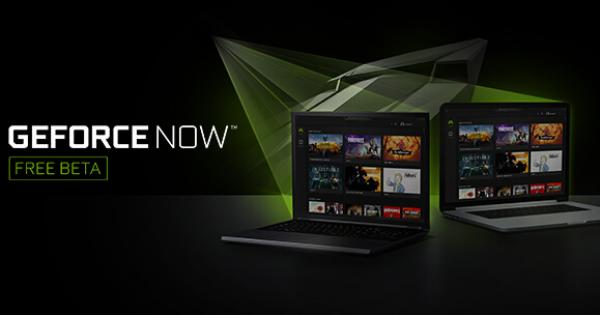 NVIDIA GeForce Now - Sort of the Netflix of Gaming

One of the big criticisms of Stadia and xCloud tend to revolve around how "not new" services like this are. While they're touted as revolutionary, a few companies have indeed been trying for quite some time to host games on a separate set of servers or gaming PCs in order to allow those with low quality machines to remotely "borrow" a better PC to run their favorite games.

NVIDIA GeForce Now has been one such service. And it's been in free beta since 2017 (presumably to attract customers and figure out a pricing structure while working out the bugs). Their official website hosts a great video on what GeForce Now is and how it works for the time being - but you can see from the website that they still have a waiting list and they still are in open beta.

But all of that is about to change soon.

Word on the Street

According to NVIDIA there's a new update coming that fixes some of the UI elements in NVIDIA GeForce Now and focuses more on simplicity and customization, and with services like Stadia set to release at the end of 2019, it seems like this is all the necessary footwork to get in with the big players on what could be a very different looking gaming landscape in 2020 and beyond.

Everyone is making a lot of promises. Microsoft xCloud is claiming it'll be capable of streaming 3500 xBox games, and they displayed their streaming service for the first time in March just before their "Future of Gaming" event.  Stadia has been claiming for a while that latency will be low on their system, and while on release Stadia will only be available for Google Chromecast Ultra, Google Pixel phones, and any Chrome browser, they'll be expanding to... well, everything.

And meanwhile, graphics heavyweights NVIDIA is quietly plotting their own service in the corner. As of July, Fortune magazine reported that Activision, Apple, EA, Nintendo, Sony, and even Ubisoft are also all vying for plots of land among the streaming gaming concept. Yet none of them have quite the cloud computing prowess of Google, Microsoft, and Amazon.

But who knows, maybe NVIDIA can be the underdog story of the century. They're certainly a lot closer to ready on the release front than anyone else, just so long as the marketing can back it up and the tech is strong enough to sustain the users.

What seems clear is that a lot of people seem to believe in the concept of cloud gaming, for better or worse, and everyone is gonna try to pan for gold regardless of whether the infrastructure is ready to support it. But that's stopping no one.

And this update tomorrow to the UI of NVIDIA's GeForce Now platform shows that pretty clearly. We'll see what happens! You can check out some of my other thoughts on Stadia at the links below:

Gamers Don't Want to Like Stadia - But It'll Do Better Than People Think
Stadia Announces New Games, Though It's Unclear Which Are New - Full Games List On Stadia