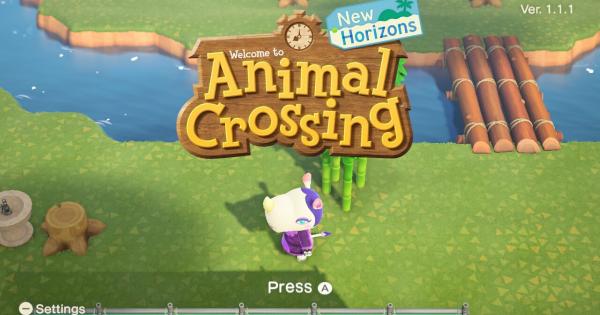 The Disappearance of the Duping Glitch

Despite no mention of the particular bug, after the surprise maintenance players soon noticed that the infamous Duplication Glitch was no longer possible.

This comes as no surprise, given that many videos demonstrating the bug have either been privately removed, or Copyright Striked by Nintendo in the past few days.

Results of the Patch

Animal Crossing: New Horizons requires players to update their console before connecting online.  Players who do not update will be unable to join their friends
or take part in online item trading, effectively exterminating the bug.  However, it is still possible to perform the glitch on unupdated consoles.

What This Could Mean

At its core, Animal Crossing is not a competitive PvP game, though some may disagree.  Although the community is split on series staple techniques like
Time Travelling, I personally believe that the game is meant to be played at everyone's own pace and enjoyment.
The technique for duplication was rather simple, but exploiting these mechanics is a conscious decision people can decide to use. 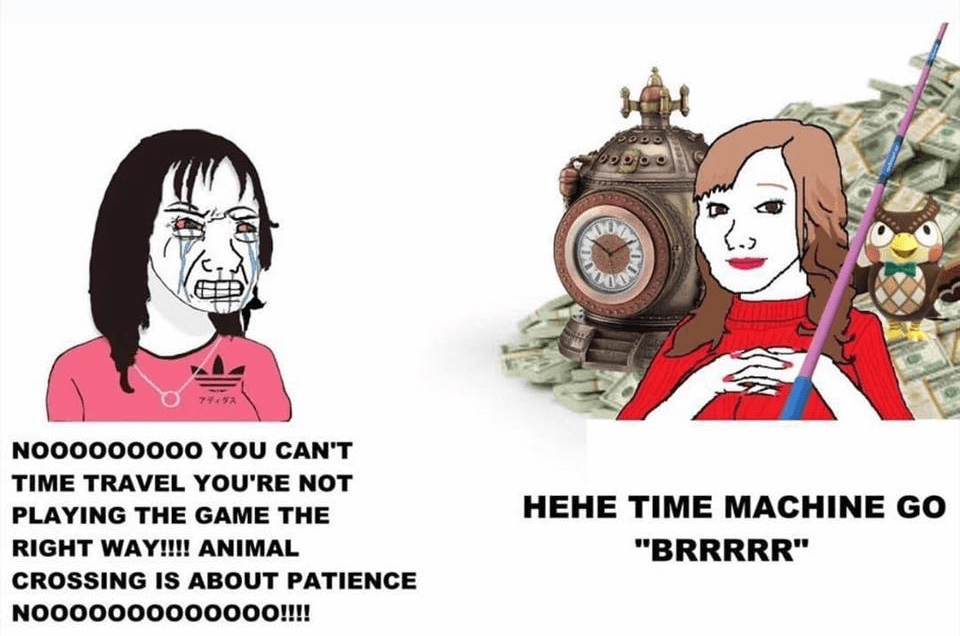 The Animal Crossing Community is very split on whether Time Travel is or is considered cheating.  [Source: Know Your Meme]

This brings up the question, "What does Nintendo consider balance in Animal Crossing?"  Of course, the community is equally divided about the "right way" to play, but
this does seem to nudge more towards the main game design.

Alternatively, there are a few interesting possibilities in Nintendo's interest to shut down this glitch:

Glitches like these can provide insights to astute players on how the game was developed.  This could lead to future exploits. However, other glitches like these don't receive the same amount of attention despite potential soft-locking consequences:

Maintaining rarity for potential exclusive items: Animal Crossing has an emphasis on collection, and most players will gladly trade each other nice things.

While the main limiting factor is shop RNG at the moment, duping completely eliminates any semblance of rarity.  Although the supposed major concern is players
obtaining a large sum of bells and skipping ahead in game progress, this is already possible through time travel abuse, although more cumbersome.
With the new update, there might be a possibility of seasonal exclusive items in the future, and removing duping will make it harder to obtain these items out of season.

They want to teach people about the crushing reality of real life:

This one is a bit of a stretch, especially since Animal Crossing is supposed to be a "chill" game where people take a break from real life. But in playing the way that the game is designed, there's no really easy way to get a metric load of bells outside of the daily grind.  Maybe it's supposed to say that hard work over time will pay off (to a CEO Tanuki), and there is no "easy way' in real life.  Maybe it's commentary on societal conformity and measures against non-conformists under a utopian facade.

While we could probably write an analysis on the themes of struggle, exploitation, colonialism, and the like on Animal Crossing: New Horizons, the internet is already
full of similar articles some satire, some serious.  There are likely a variety of reasons the developers decided to patch out this glitch, but the general playerbase
is unlikely to know.