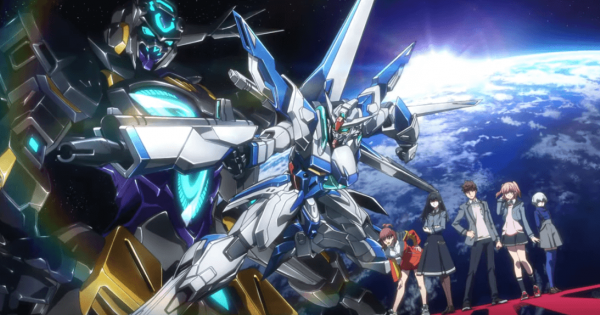 As many of you know, Gundam Battle Gunpla Warfare was supposed to release August 21st, but was surprisingly dropped at the end of July and is now available (mostly) globally. The mecha-inspired mobile game based on the popular Gundam franchise has kicked off a little slowly in terms of app downloads and income earned, but this shouldn't be too surprising since all the media I could find was reporting on a release in mid-August. Perhaps this will be a slower rollout as awareness and visibility rise.

The game itself is an action-packed blast - where users can build up to 10 separate Gunpla and wage war against a story mode, daily missions, and free missions. The story mode appears to have some room to grow (as the ending didn't seem all that final) and it's an original script where you help another high school student to save a failing Gunpla club - which is great news (as we'd love to see more story come out).

But the interesting developments so far are the fact that the arena wasn't open on the game's release. That, however, is going to change.

A recent in-game notification reveals that 1v1 arena play will begin on 8/6/2019 (this Tuesday) at 8 PM PDT. But it comes with some interesting caveats.

While some individuals have been harsh on the ability to auto-play matches (allowing the AI to fight a battle for you while you watch, and giving you the capacity to take control at any moment), I personally have enjoyed greatly the opportunity. Like many mobile games, GBGW does not let you battle continuously - instead, it forces you to wait in real-time as your energy builds (about 1 EP per 5 minutes - needing anywhere from 10 at the lowest to 35 at the highest to play a match). But the allowance for an AI play means I can quickly pick up the game when I am in the middle of something, start an auto-battle, and still collect rewards (and burn EP) to keep me earning more EP while I'm busy. Personally, I think the system is pretty cool.

But the arena announcement comes with a twist.

The Arena is an **asynchronous** tournament held at irregular intervals.

In another area discussing controls and describing arena conditions, we see the following:

Your opponents are other players, acting **asynchronously.** A list of opponents is shown based on battle results up to the previous day.

It would seem tournaments in the arena are going to consist of battling other opponent builds while they are piloted by AI, rather than true PVP. This development is particularly interesting as it seems to take the player gameplay out of the equation. And honestly, since players are often much better than AI, and since you can beat much more difficult teams with much lower Gunpla based on smart play, it may make for a really interesting tournament.

Other details we know so far:

We're not sure how we feel about facing AI versions of opponents yet, but we're interested to see how it plays out. There should also be an event (Ultimate Bullseye! Rising Arrow) that will begin on 8/6 at 8 PM PDT as well - which seems like an offshoot of daily missions. You can play Normal, Hard, and Very Hard difficulties, earn Bullseye Coins, and exchange for Gunpla Parts, Awakening Circuits and more in the coin exchange shop.

Overall, we are excited to see how the game evolves and we'll give it some time to prove itself before we buy in completely.