GamePress was given an exclusive opportunity to interview Tencent at the otherwise no-press-allowed TwitchCon Lounge about their upcoming mobile title, Arena of Valor.

We would like to thank Chris Schmidt (True Communications) for making this rare exception for the GamePress community. 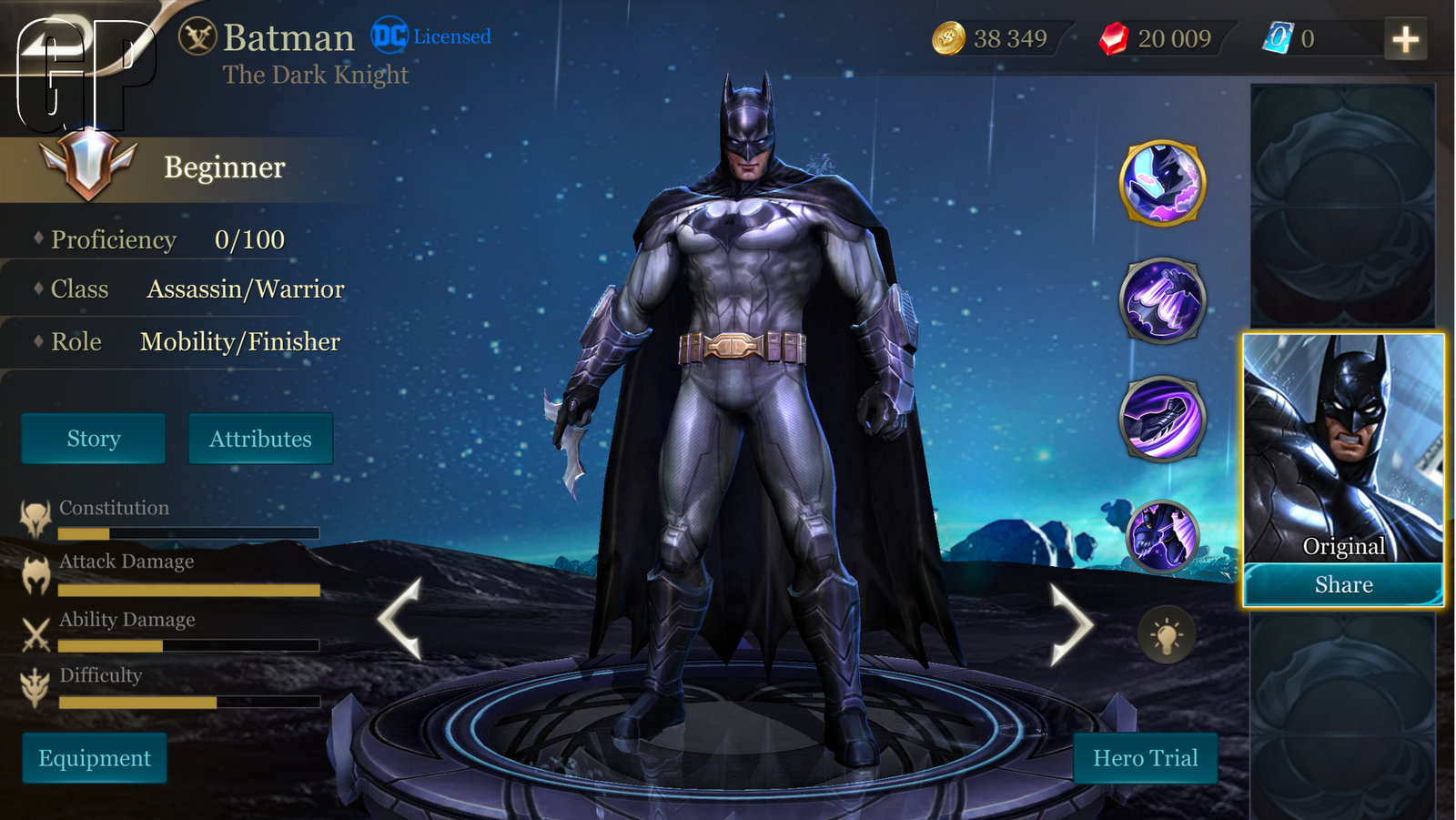 (Yes, Batman is playable in Arena of Valor.)

Not Simply MOBA on Mobile

GP: I’m Justin with GamePress, and we want to talk a bit about Arena of Valor, an upcoming MOBA for mobile devices.  Is this app going to be difficult to run? Is it graphically intensive?

Tencent: Phones are so powerful now, even phones from the last generations will be able to play Arena of Valor. That’s one of the great things about it; it makes the game accessible to a wide audience.

GP: Mobile MOBA is something we have seen before in North America, but this one seems a bit different. Instead of tapping on your screens, you use analog controls. What motivated this control scheme?

Tencent: What makes this game special is this is not simply “MOBA on mobile.” We didn’t just copy the MOBA experience on PC, click to move or attack enemies or minions, because we don’t think that’s the best way to play MOBA on mobile.

With our control system, you can use one hand to choose the regular, directional movement of your character, and your other hand to attack. It’s not the typical way to play a MOBA, but we believe it is the best way to play MOBA on mobile.

GP: I can see the reason behind it. I’ve played mobile MOBAs where you tap, and when I do, I lose sight of what’s on the screen. It never occurred to me you could play it this way. Are there any changes you’ve made to the map or store layout of a typical MOBA?

Tencent: On the PC, MOBA has so many elements, too many things to fit into a small screen. We did a lot to address that.  Besides the control system, we also make it so you can minimize the map.  Have you played the game?

GP: I’ve seen gameplay, but I haven’t had a chance to played it yet.

Tencent: It’s easier if I show you. 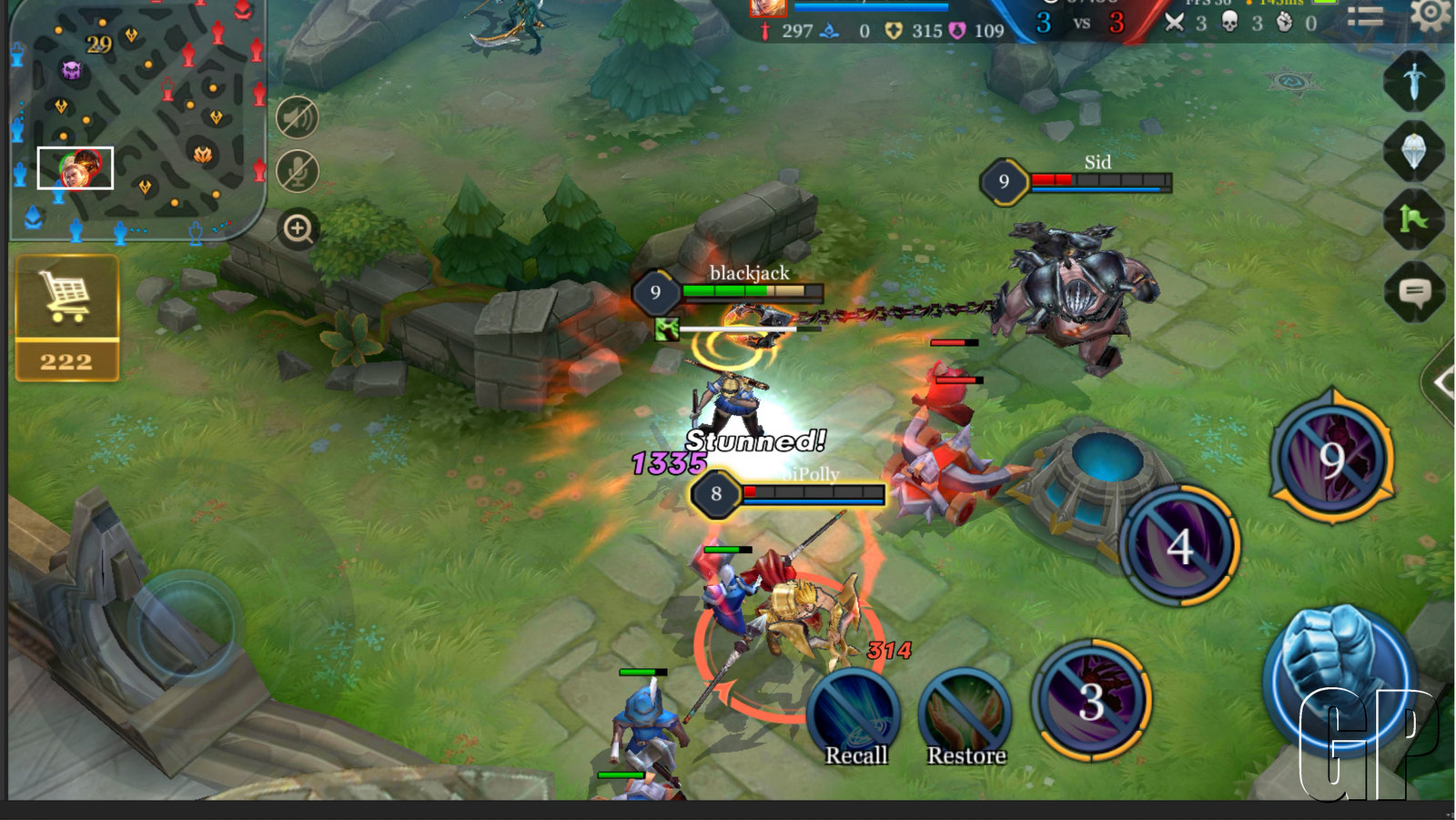 You can choose the items you want to buy according to the characters you’re playing. Gold can be earned by killing minions or farming the jungle. For each item you can purchase, you have to choose according to your character you play. If you’re new, or just lazy, you can choose ones the system recommends you.

The whole design philosophy of this game is to help players of different skill levels. You’ll always be matched with players of the same skill level as you.

GP: So the game is friendly to players who played Dota or League of Legends before?

Tencent: One thing I want to mention - this game is easy to get into, but hard to master.

For me, because I played a lot, and I barely watch my character anymore.  I mostly look to see where my enemies might be, where my teammates are, and whether I need to go and rescue them. 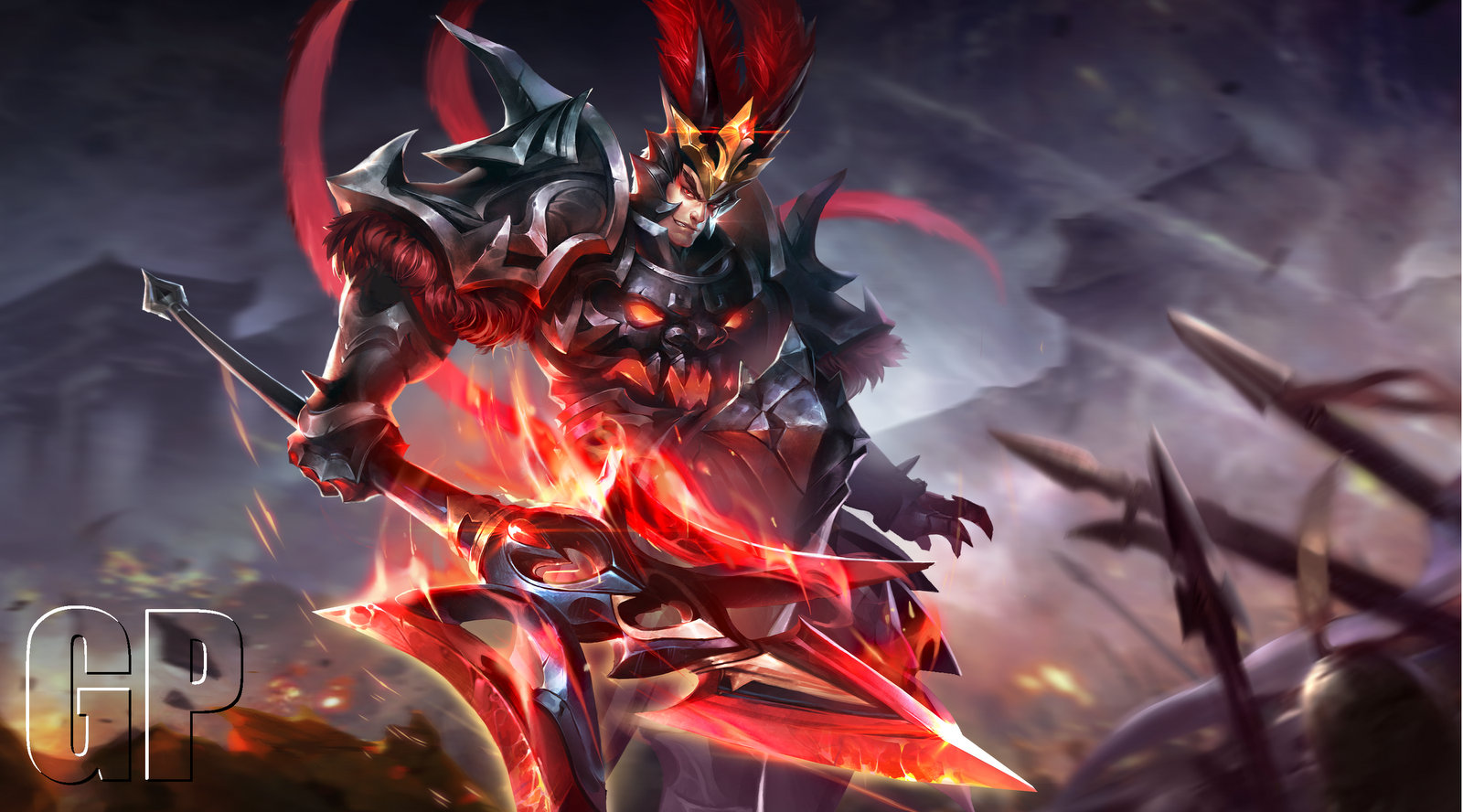 GP: This game has been very successful in China, and now you’re bringing it to North America and globally. There must be many challenges in localizing this game.  I noticed that some characters have been renamed and reskinned, but not everybody.

Tencent: Our characters in China are based on traditional Chinese IPs that are unfamiliar over here.  That’s not going to work for the Western audience. We basically reset the whole lineup.

We consider this as a different game.It has a separate production team, producers, and design independence. We used a lot of what we learned about the Western market to tailor this game.

There’s also balance considerations. In Asian markets, Assassin-type characters are popular, so skill levels of assassin players are higher than other regions. This changed the game balance. We had to lower the status of assassins to make the game balanced. But that’s different for each market.

GP: That’s interesting because games like League are balanced globally.  For Arena of Valor, the NA release will be different from the CN version?

Tencent: Yes, completely different. Even for the global versions, because we’re using different servers for different markets, people from all over the world cannot match with each other. If they do, they will experience a lot of lag.

A Status Quo that We Need to Change 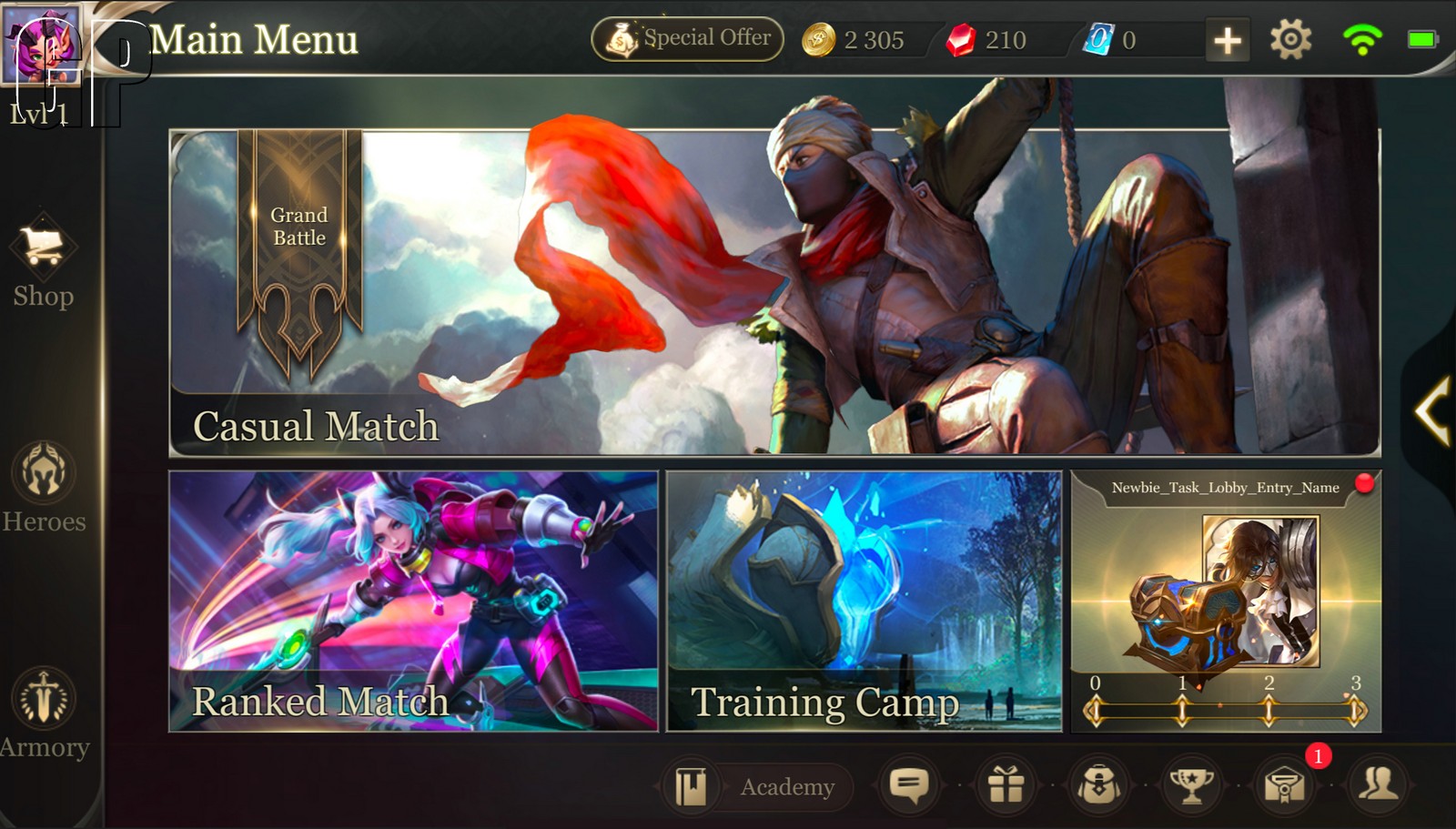 GP: What’s the hardest thing about bringing the game over?

Tencent: In China or other Asian markets, people are used to playing mobile games. Over there, we don’t have a long tradition of playing console or PC game, and.playing competitive mobile games are culturally acceptable to them.

But for westerners, especially hardcore gamers, they always saw mobile devices at a “casual” level. That is a status quo that we need to change. We can’t be complacent.  We need to bring up the competitive level.  It’s part of the reason why we’re here at TwitchCon.

For the mobile gamers, there’s also the problem of having many distractions, like social platforms and tons of other apps. What’s unique about this game is the ultimate entertainment experience.  You can’t get the satisfaction like this by browsing Facebook.  That’s what you should get from a mobile game.

GP: People could play a few games casually first, then start asking themselves, “How can I play better?”

Tencent: You don’t have to be good at the game to enjoy it. You can always play at a more casual level and still have fun, because you’ll always get matched to players of your same level.  If you have ambitions, and you play ranked match all the time, you can get better.  You can do that as well. 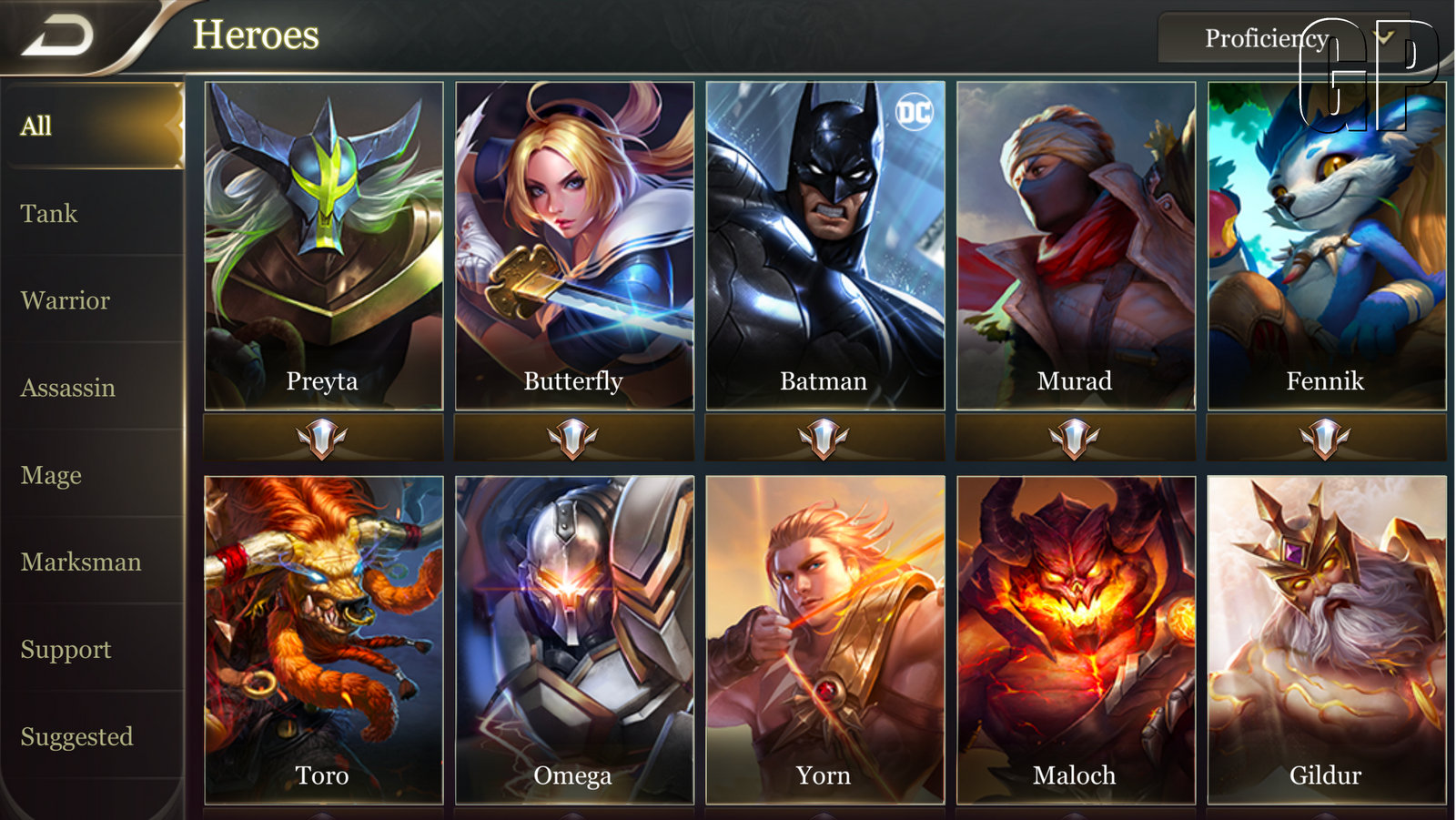 GP: So you’re pursuing a competitive scene in this game?

Tencent: Although we also satisfy casual players, this is a game with intense competition. We want that image. We want to get this message out. We’ll put a lot of resources into eSports tournament. We have a huge prize pool and are in talks with many pro teams.

GP: When’s this game coming out?

GP: Only want to release the game when it’s ready?

(This interview has been edited for readability.)