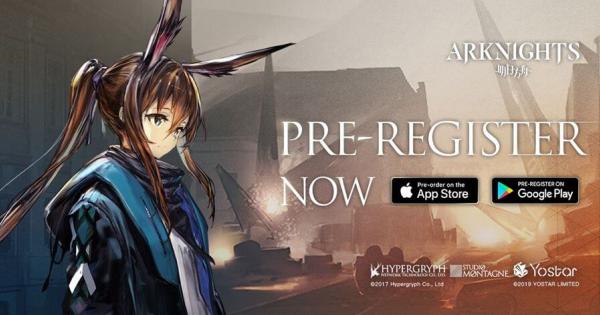 Pre-Order for Arknights is now available on the iOS APP Store in anticipation of the upcoming OBT launch.  Game download will be available in the United States, Canada, Australia, New Zealand, and European countries.  Countries outside the listed countries won't be IP banned so players can still enjoy the game by downloading the APK from a third-party provider.

CBT concluded on January 2nd with a complete wipe.  OBT is said to be coming Very Soon.  The iOS App store lists the expected date as January 16th, but as of yet there has not been an official launch date announcement from Yostar.  OBT data will not be wiped, so it can pretty much be considered the official launch.