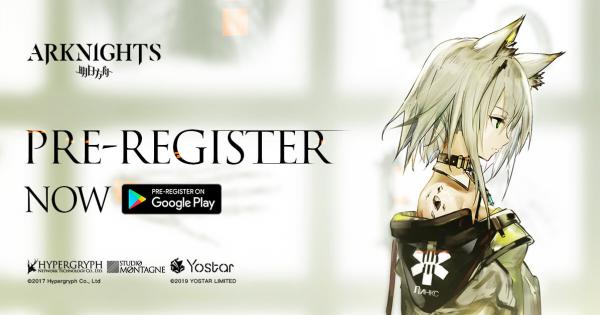 Pre-Registration for Arknights is now available on Google Play in anticipation of the upcoming OBT launch.  It appears the game is region locked for some players, and there has been no word as of yet on when Pre-Registration will be available for iOS.

Arknights is currently in CBT which is scheduled to end on January 2nd with a complete wipe. Players currently in the CBT will need to leave the testing group and delete the app after CBT closes before Pre-Registering.   OBT is said to be coming “soon after”, but no official date has been announced. OBT data will not be wiped, so it can pretty much be considered the official launch.