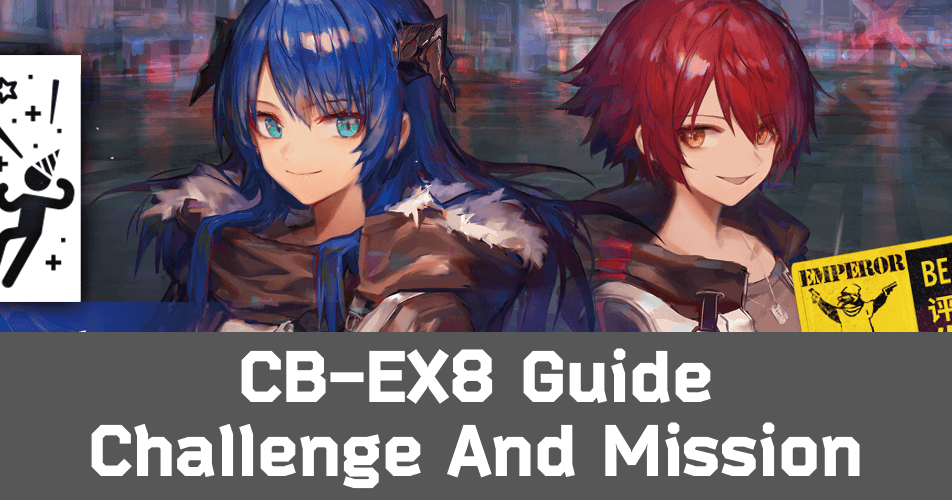 This guide will step through a strategy for clearing CB-EX8 that will work for the Challenge and Normal Mode. For other Guides and event info, see the following pages: 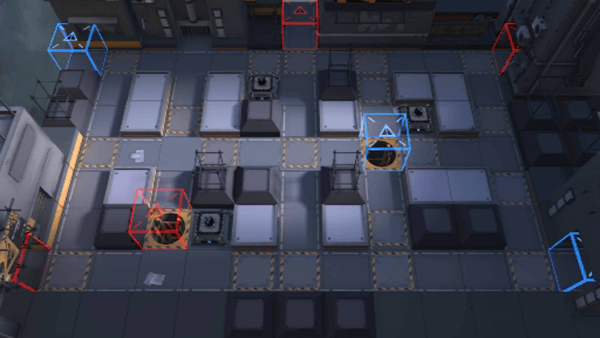 Challenge Condition: The maximum cost of Control Terminal skills is increased by 50% 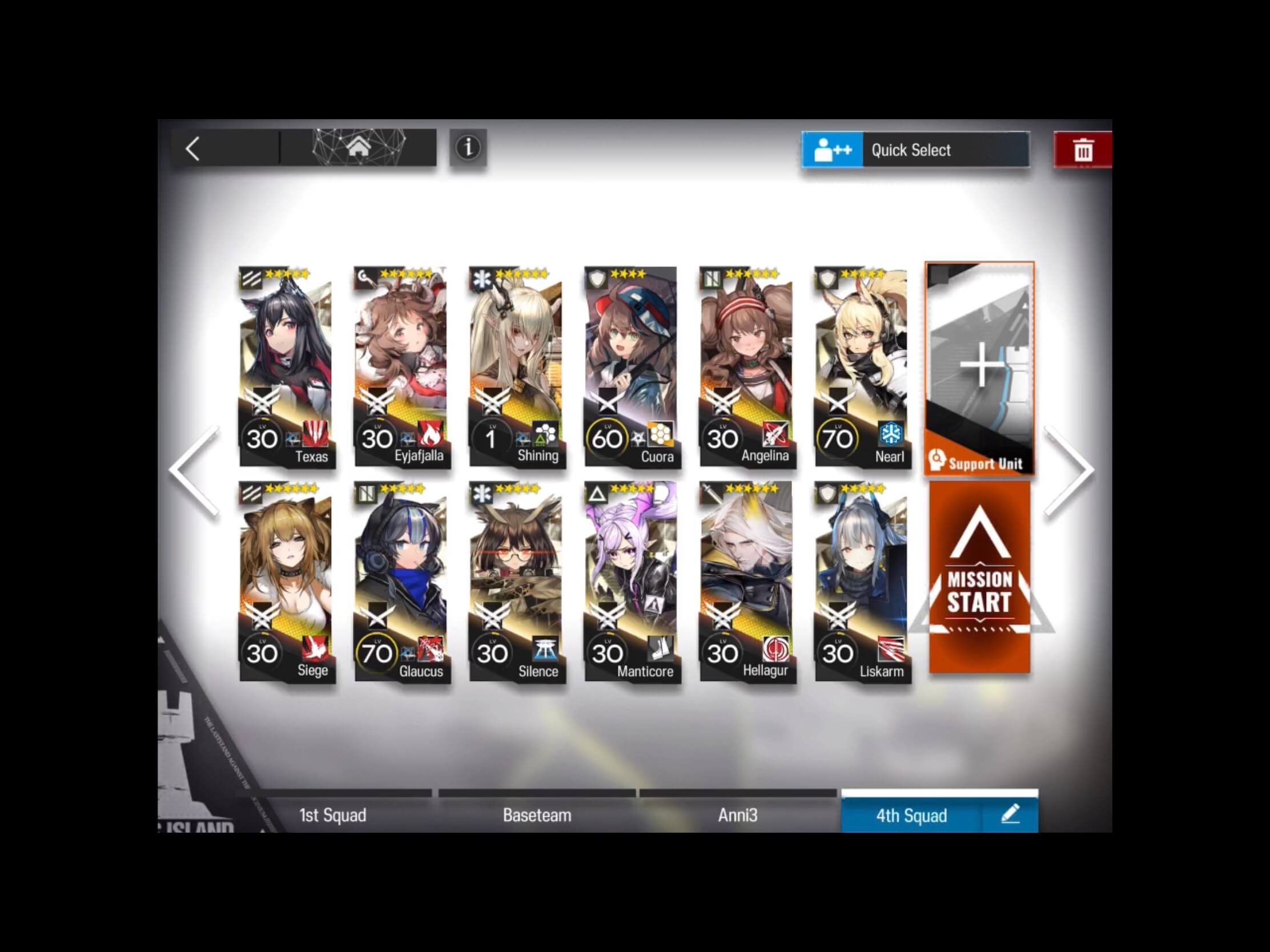 This will cause the first wave of Elite Brawlers (red caps) from the left to path along the top, and it should look like this: 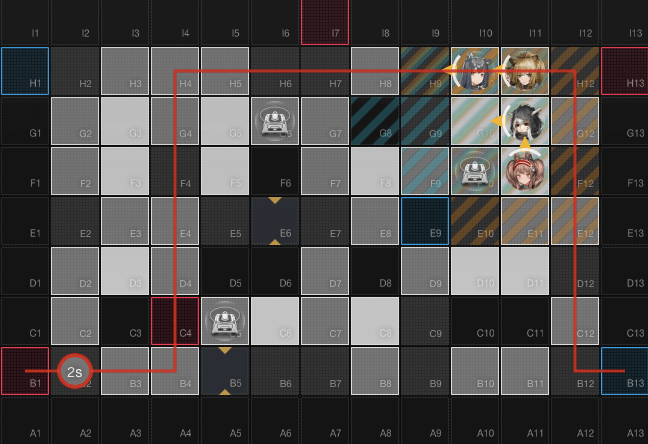 After this, make sure your Vanguards have engaged all the red caps before placing the next block.

This placement will now cause the red hats and the threats to our Command Terminals (marksmen and Fanatics) to take the following path: through our Me1 and not past any Terminals: 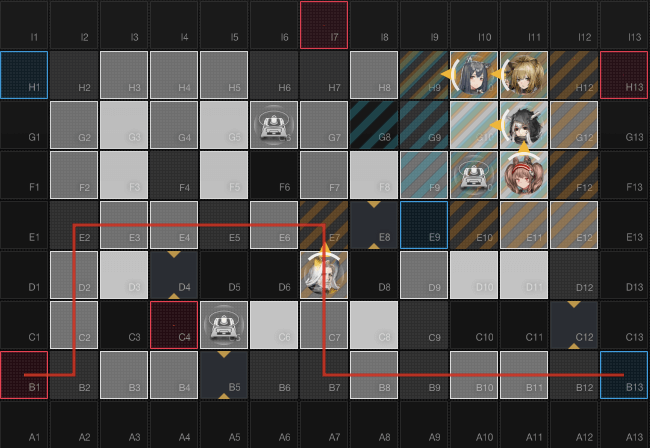 This will now cause the Ergate Leaders, the Bulldozers, and the GreyTails (bubble dudes), to take the top path around.  It will look like this: 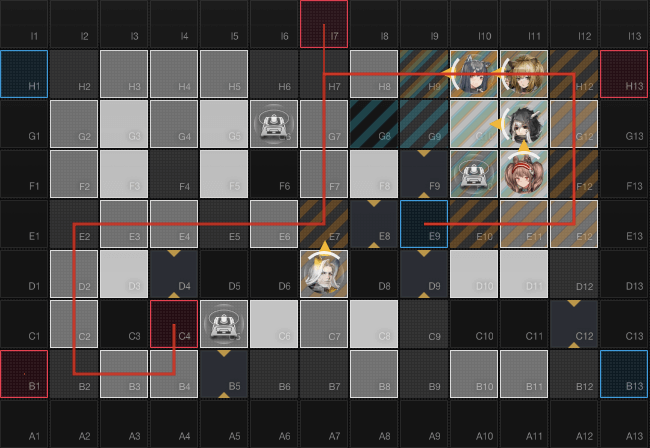 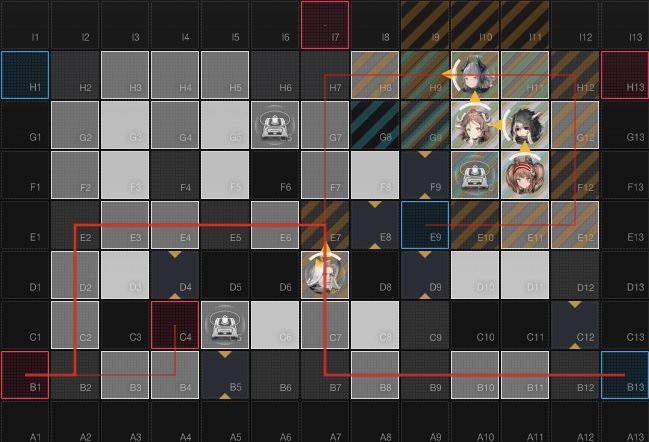 This will be our formation until we can activate our Command Terminals.  Use your Skills wisely.  There is a way to kite each of the paths mentioned above.

Repeat the kiting as necessary until your Command Terminals can be activated.  Then: 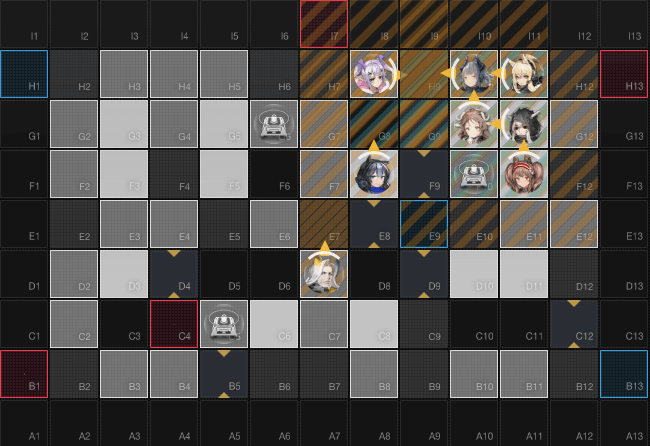 This is our final formation.  Reverse courses again as necessary with block juggling.