Arknights Lore: The Birth of Tragedy and Requiem 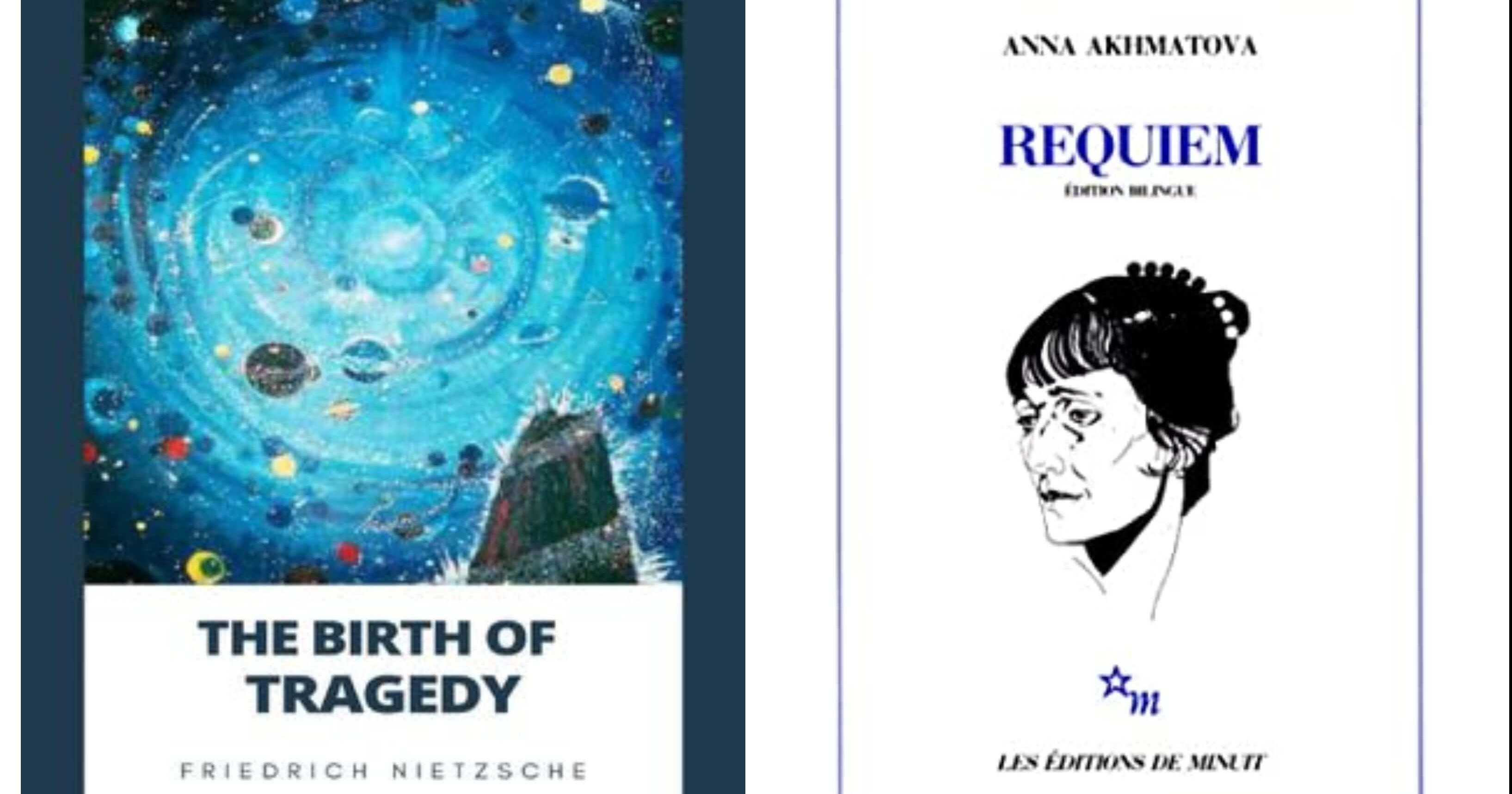 Many thanks to this Bili lore video for the recap of Chapter 7 and letting me realise the Nietzsche reference. As well as this subbed version of Requiem for the reference to Anna Akhmatova's Requiem poem.

Remember the lore article with the Faust play analysis? With the tragic arc where I concluded with Lullabye?

Arknights Lore: Mephisto and Faust In Relation To [Faust] The Play

This article includes even more analysis, but from a more philosophical angle and concluding with Requiem.

Chapter 7’s title is a reference to The Birth of Tragedy, a work of dramatic theory by the German philosopher Friedrich Nietzsche. The Arknights plot will make multiple references to his ideas.

You might have heard of this name before. At least for myself, all I knew about Nietzsche before Arknights was this particular quote from Beyond Good and Evil:

‘He who fights with monsters should look to it that he himself does not become a monster . . . when you gaze long into the abyss the abyss also gazes into you.’

This topic of morality also ties into Arknights. There is really no good or evil, right or wrong. But anyway, I will go back to The Birth of Tragedy and what it means.

Naturally, a spoiler warning for Chapter 7 goes here. Though references are vague here.

The Birth of Tragedy by Friedrich Nietzsche 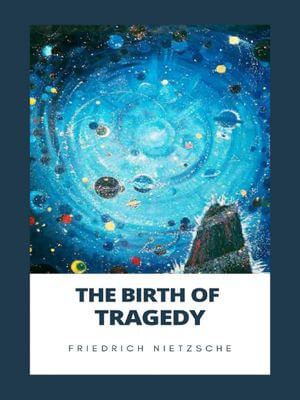 The full text can be found here

Note the music mention in the title. I will be discussing on the music later. After all, Hypergryph also uses music heavily in their story telling.

The Birth of Tragedy examines the origins and development of poetry, specifically Greek tragedy. Nietzsche argues that Greek tragedy arose out of the fusion of what he termed Apollonian and Dionysian elements—the former representing measure, restraint, and harmony and the latter unbridled passion—and that Socratic rationalism and optimism spelled the death of Greek tragedy. The final part of the book is a rhapsody on the rebirth of tragedy from the spirit of Richard Wagner’s music.

Despite the clash of the Apollonian and Dionysian, neither side ever prevails due to each containing the other in an eternal, natural check or balance. Nietzsche argues that the tragedy of Ancient Greece was the highest form of art due to its mixture of both Apollonian and Dionysian elements into one seamless whole, allowing the spectator to experience the full spectrum of the human condition. The Dionysian element was to be found in the music of the chorus, while the Apollonian element was found in the dialogue which gave a concrete symbolism that balanced the Dionysian revelry. Basically, the Apollonian spirit was able to give form to the abstract Dionysian.

Nietzsche emphasizes that in real tragic art, the elements of Dionysus and Apollo were inextricably entwined. As words could never hope to delve into the depths of the Dionysian essence, music was the life of the tragic art form. Music exists in the realm beyond language, and so allows us to rise beyond consciousness and experience our connection to the Primordial Unity. Music is superior to all other arts in that it does not represent a phenomenon, but rather the "world will" itself.

In contrast to the typical Enlightenment view of ancient Greek culture as noble, simple, elegant and grandiose, Nietzsche believed the Greeks were grappling with pessimism. The universe in which we live is the product of great interacting forces; but we neither observe nor know these as such. What we put together as our conceptions of the world, Nietzsche thought, never actually addresses the underlying realities.

He argues that we are still living in the Alexandrian age of culture, which is now on its last legs. Science cannot explain the mysteries of the universe, he writes, and thanks to the work of Kant and Schopenhauer, we must now recognize this fact. The time is ripe for a rebirth of tragedy that will sweep away the dusty remains of Socratic culture. Nietzsche sees German music, Wagner in particular, as the beginning of this transformation. While German culture is decrepit, the German character is going strong, for it has an inkling of the primordial vitality flowing in its veins. Nietzsche has great hope for the coming age and has written this book to prepare us for it.

In relation to Arknights, the reference to The Birth of Tragedy imply that this is like a Greek tragedy. Lots of it is mentioned in Chapter 7.

To remind again, the dialogue in a tragedy would be the Apollonian, which is the more rational side.
There's a lot of tragedy. From Rhodes Island to the civilians. Infected are mistreated. Frostnova faces much cold. Rosmontis has been through a lot of experimentation and her memory is fragmented. Amiya had the crown placed on her, and there's also Patriot's fate. Conflict is also tragedy.

W vs Talulah, Chen vs Wei, Hoshiguma vs Chen, and Rhodes Island vs Patriot. Everyone's beliefs clash and cause scars. Suffering that cannot be stopped is tragedy. Both tangible and intangible.

However, the Chinese and Japanese titles is more of Cradle of Tragedy (苦难摇篮). A cradle is mentioned in 7-11. Amiya and Kal'tsit try to calm Rosmontis after she loses control. Rosmontis represents love, friendship, loyalty. Flower language is memory. Italians would put rosmontis flower at funerals for respect and memorial purposes. In the UK more of just memory.

Whether it's sad or happy, the meaning are shown in the plot. Rosmontis may have suppressed her sad memories, but her feelings for friends and family remain in her heart. That's for the tangible cradle.

For the intangible one, it's in the battle with Patriot. His late wife loved their children, which is like a cradle. But this cradle is broken when Patriot killed his son. And then his wife dies. If we go by Wendigo mythology, then he might have eaten his wife. After all, it is believed that this creature comes from human cannibalism.
From tragedy, optimism is experienced. The real optimism comes from the optimism known from tragedy. We can feel it as we battle Patriot and be victorious.

As Mephisto sings, the second intangible tragedy is shown. Patriot is dead. Hoshiguma, Swire and Lin wait for Chen. An inexplicable energy comes from Frostnova's remains at RI. The land, which was the cradle for Patriot, slumbers with him.

What is the meaning of the Birth of Tragedy? Literally it's how tragedy comes about in war and conspiracy and monsters are born. But tragedy is also the fighting will of everyone. Heroes are born and so are fighters.

EP Introduction (own translation, to be updated with official):

The gaze stays on the rust, the smoke and dust drift away.
Let go of the languid thoughts, delirium is limitless.
Requiem, stop in the flames of war, return to the morning of the familiar place.
You listen, this is the fantasy of childhood… let’s drink it all in a gulp.

In a tragedy, the Dionysian element was to be found in the music of the chorus. Requiem would be chorus of The Birth of Tragedy in Arknights. 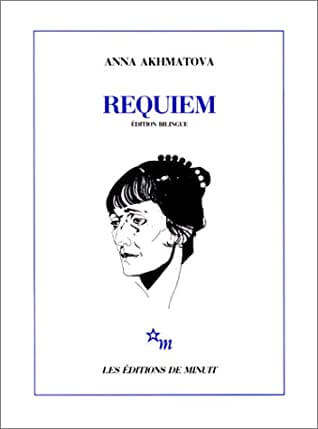 Requiem is a reference to Requiem, an elegy by Anna Akhmatova about suffering of people under the Great Purge/Terror in the Russia. The Great Purge or the Great Terror (Russian: Большой террор), also known as the Year of '37 (37-ой год, Tridtsat sedmoi god) and the Yezhovschina ('period of Yezhov'), was a campaign of political repression in the Soviet Union that occurred from 1936 to 1938. It involved a large-scale repression of relatively wealthy peasants (kulaks); ethnic cleansing operations against ethnic minorities; a purge of the Communist Party, government officials, and the Red Army leadership; widespread police surveillance; suspicion of saboteurs; counter-revolutionaries; imprisonment; and arbitrary executions. Historians estimate the total number of deaths due to Stalinist repression in 1937–38 to be between 950,000 to 1.2 million.

The full poem can be found here

It may have parallels with what has happened in Ursus and Chernobog. I will not elaborate as I am not very familiar with Russian history. But the sheer despair is similar.

In the poem, Akhmatova addresses many themes, including religion, the desperation and hopelessness of war, censorship and silencing, grief, and whether it is possible to maintain hope in the midst of darkness.

These themes all connect with one another because they are all stages of suffering. Whether it be the suffering of Akhmatova herself, or the suffering of the many other women who had to face the same tragedy they all are an important part in creating the purpose for the poem. Another visible theme in the cycle is the reference to biblical people. Mary Magdalene, Mary Mother of Christ, John a disciple are people who Akhmatova references. It is said that she incorporates this theme into the complex cycle to reinforce the idea that although there has been a large amount of suffering amongst all of them, there is nothing left to fear. It also allows her to transcend her personal circumstances in a mythical, and supernatural way. Referencing back the Dionysian, this force allows one to rise from dire circumstances.

The last theme that seems very prominent at the end of the cycle is the idea of keeping this tragedy as a memorial. By remembering what happened and not allowing yourself to ever forget is a part of the stage of suffering that allows you to move on in life. This again ties back into the stages of suffering, so it is all interconnected.

The main takeaway from The Birth of Tragedy (both Nietzsche and in Arknights) is that it is human destiny to be controlled by the darkest universal realities and, at the same time, to live life in a human-dreamt world of illusions.

Especially when this year has been a tough one with a global pandemic in reality, so we may turn to illusions to find some comfort. Like in the imaginary world of Terra in Arknights. This series has given me lots of joy this year. Thank you Hypergryph so much!

However, there has to be a balance of both forces of reality and imagination for one to be healthy. So I hope for all the best for everyone, and for you take this in mind as we are about to step into a new year and chapter.