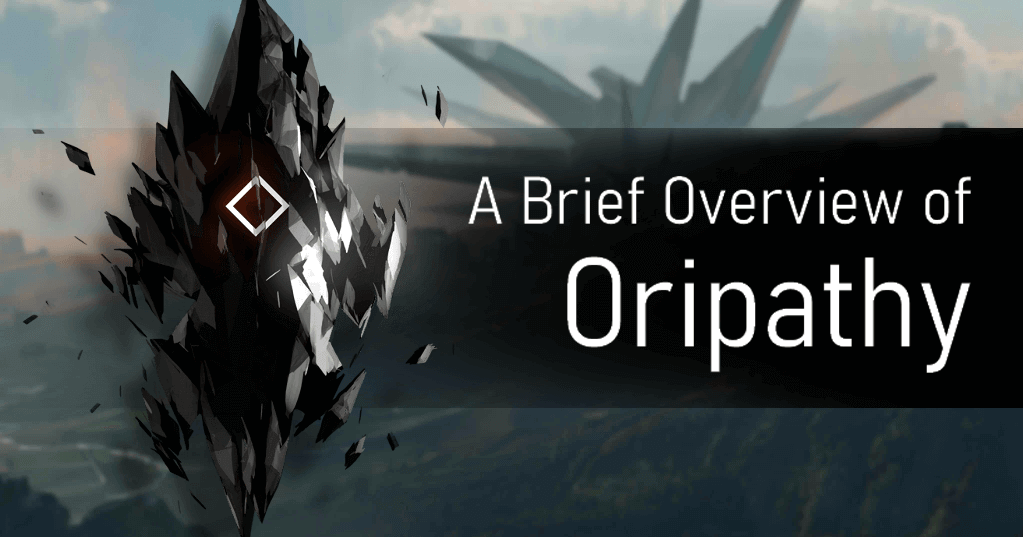 The investigation into Sargon Excavation Site 4 revealed a common origin for Infected quarantines and executions with the law itself.

That is to say, the suffering of the Infected predates even the emergence of the law.

For centuries, Originium has remained an inseparable part of life on Terra. However, along with Originium came Oripathy, an incurable disease that is theoretically 100% fatal. The ones who have fallen to the infection are collectively known as the “Infected”; their bodies will slowly be consumed by the same crystals that gave them power, and one day it will claim their life. 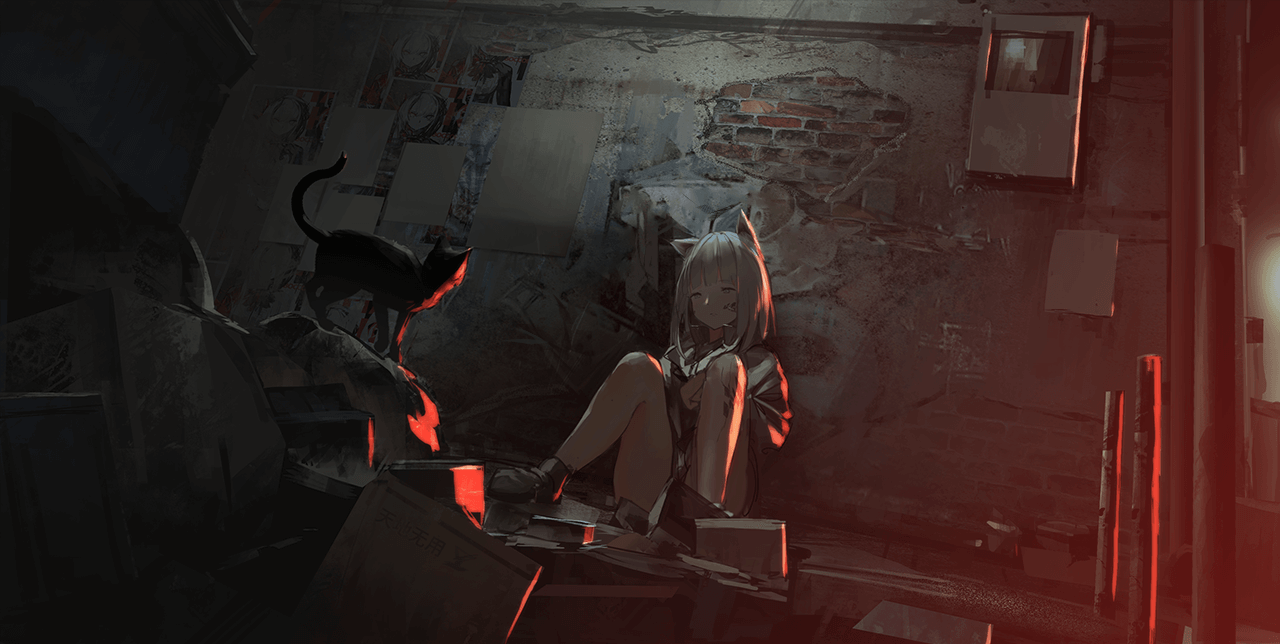 “This way, we're both infected.”

An Originium shard collected from heavily contaminated regions. Anyone who touches it has a high chance to get infected and even mutate. Therefore, it is a hazardous material as indicated in the Columbia CDC toxicity database.

To this day, the only method shown to become infected is through contact with Originium, which includes, but are not limited to: Originium shards, Originium gas, and Originium products, but Originium can be processed to the point that it is safe to use in a day-to-day setting (e.g. Artificial Orundum). Contact with the Infected is also said to be able to spread Oripathy, although Magallan has stated that “Rhine Lab’s research has proven time and again that Oripathy transmission from person to person is not nearly as easy as most people think.”

Examples of infection include Cliffheart, who was stabbed through the thigh by an Originium shard; Bibeak, who was infected when she was hit with a chunk of Originium during a riot; and Dora (an NPC in the Stories of Afternoon event), who inhaled excessive amounts of Originium dust. 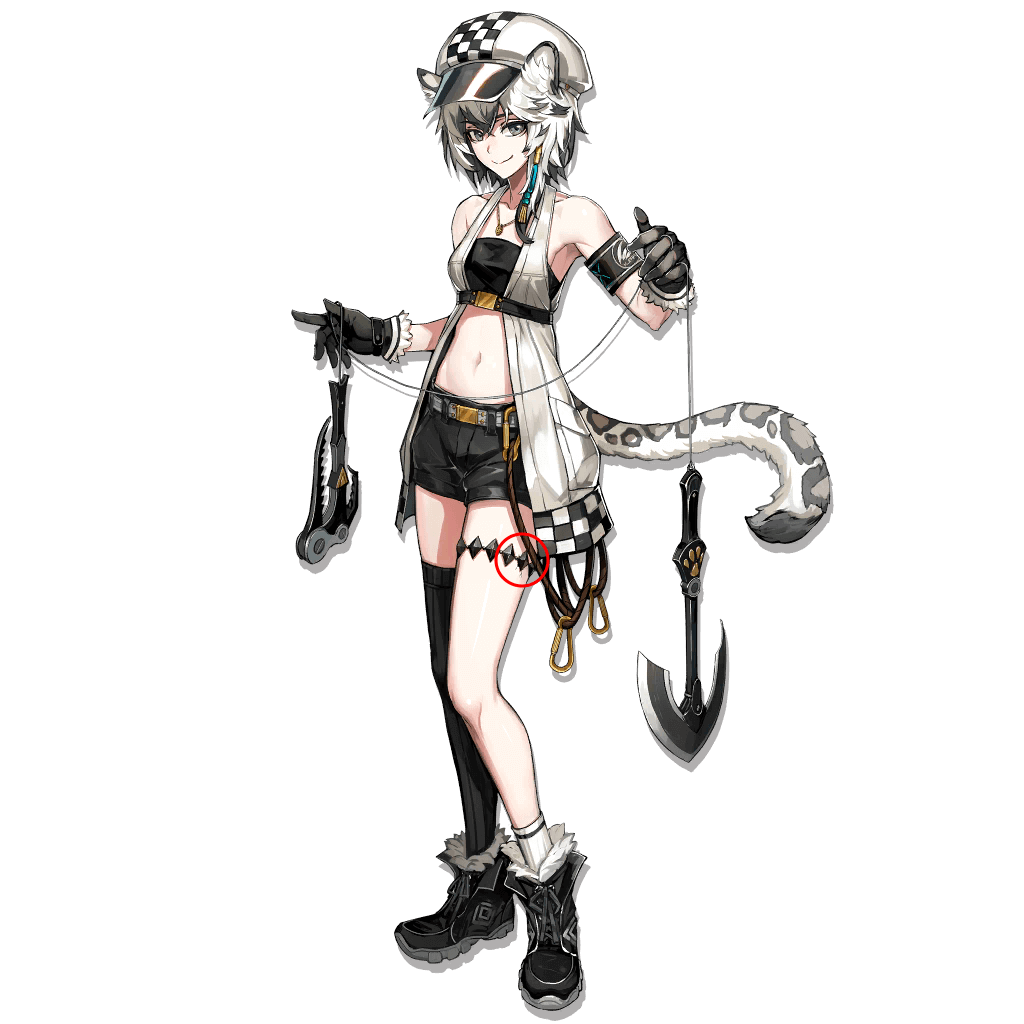 Oripathy is primarily measured via blood Originium-crystal density and cell assimilation rate, and is divided into the early, mid, and late stage, although the boundaries between each can be blurry—for example, both Cliffheart and Franka are both nearing mid-stage with 0.28u/L and 0.34u/L blood Originium-crystal density respectively. As the infection progresses, the symptoms will worsen. 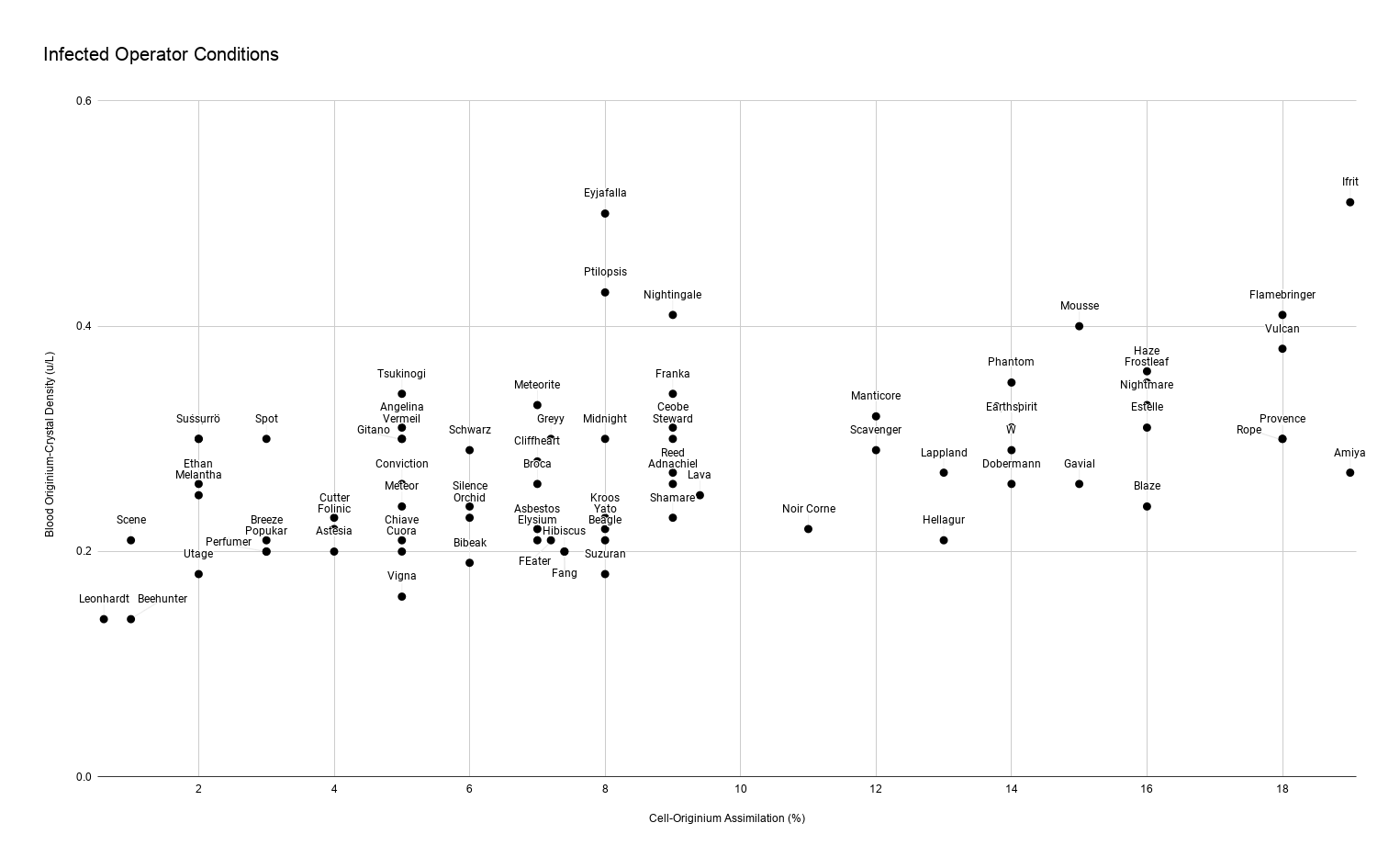 Infected Operators and the severity of their Oripathy, data sourced from AKO lore room (open in new window to enlarge).

Although Oripathy is 100% fatal, there are methods to slow down or speed up the rate of infection. It is known that continued exposure to Originum and overuse of Arts can accelerate the infection, while proper treatment can delay the infection. The proper use of protective equipment can also defend against Oripathy, although these kinds of gear are usually only used by those working with Originium, and for the most part are inaccessible by the public. On the other extreme, certain places force people to work with Originium without any protection. These people all inevitably become infected.

When an infected dies, their bodies crystalize, turn into dust, and become new vectors of infection. In some cases, the corpse can also explode. For a dramatic demonstration of this effect, refer to the explosive spiders (Infused Originium Slugs). 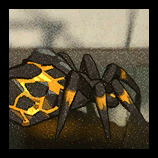 “No one has told them how to live the rest of their lives.”

Imaging test for this Operator showed blurry outline of internal organs with visible unusual dark spots. Unusually high concentration of Originium particles were present in her circulation, indicating signs of infection and confirming her as infected at this stage.

Apart from the symptoms described above, a simple sign that someone is infected are the crystals growing on their bodies. However, they may not appear in the early stages of infection. These Originium crystals can come in a variety of colours (but most are black), usually appearing at the location of the infection, and if left untreated, can gradually replace more and more of the body's tissue. These growths can cause pain and discomfort to the infected. 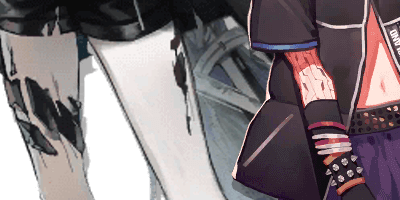 Crystals and lesions on Lappland and Lava respectively.

Another indicator of an Oripathy patient are lesions on the surface of their skin, resembling sharp lines that radiate outward from a central location. These usually precede the formation of Originium crystals.

Symptoms can be both physical and psychological, and manifests differently depending on the individual.

Additionally, Oripathy is also, in a way, related to Originium Arts. 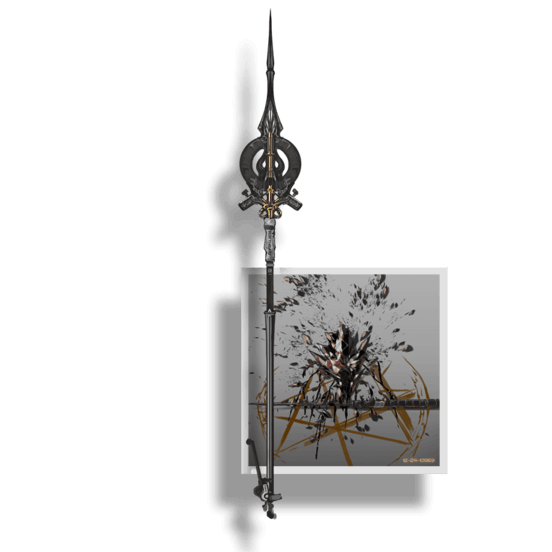 Being infected with Oripathy does not mean the infected will improve at their Arts. Some, like Fang, cannot use Arts despite being infected. The infection is also not a prerequisite to be adept at Arts, as seen in the case of Skyfire. In fact, Astesia reported that her Arts abilities diminished after contracting Oripathy. It is only confirmed that being infected will allow one to cast Arts without the need for a staff, as they can use the crystals on their bodies as a catalyst. However, that will cause the infection to worsen.

It is likely that simply removing the Originium crystals cannot cure the infection. The most accurate indicator for Oripathy is the cell assimilation rate, as most people have trace amounts of Originium in their bloodstream. Even if the crystals are removed, it is infeasible to remove every infected cell in the body.

Many Operators on Rhodes Island wear an infection monitor device. These devices detect, monitor, and track the infection, and they can be worn regardless if the wearer is infected or not. They usually cover the site of infection.

However, the symptoms are not the only scary thing about Oripathy. 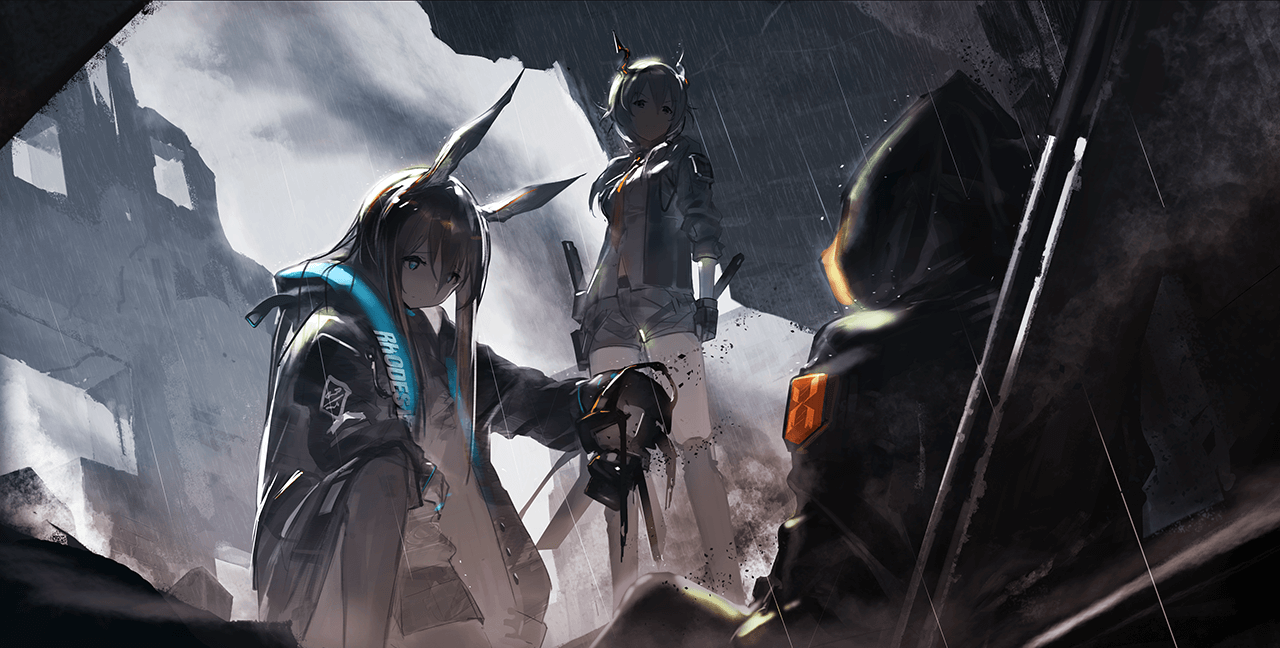 “The Infected seem to be doomed to death, either by the hands of hostiles, or through their own making.

“This tragedy will only continue to repeat, again and again.”

Some food for thought.

The struggle between the infected and uninfected are not simply one of status; an uninfected can become infected, but an infected cannot become uninfected. It’s possible for something like “equality for the infected'' to exist on a small scale like Rhodes Island (and even then there are people who are cold to the infected), but when it involves cities with millions of people, a full-on integration is next to impossible. Oripathy, at its core, is still an incurable disease. That's a fact that cannot be dressed up.

The world isn't kind to the infected. Even in Leithanien, known for its tolerance towards the infected, Twilight of Wolumonde showed just how vulnerable that facade is. 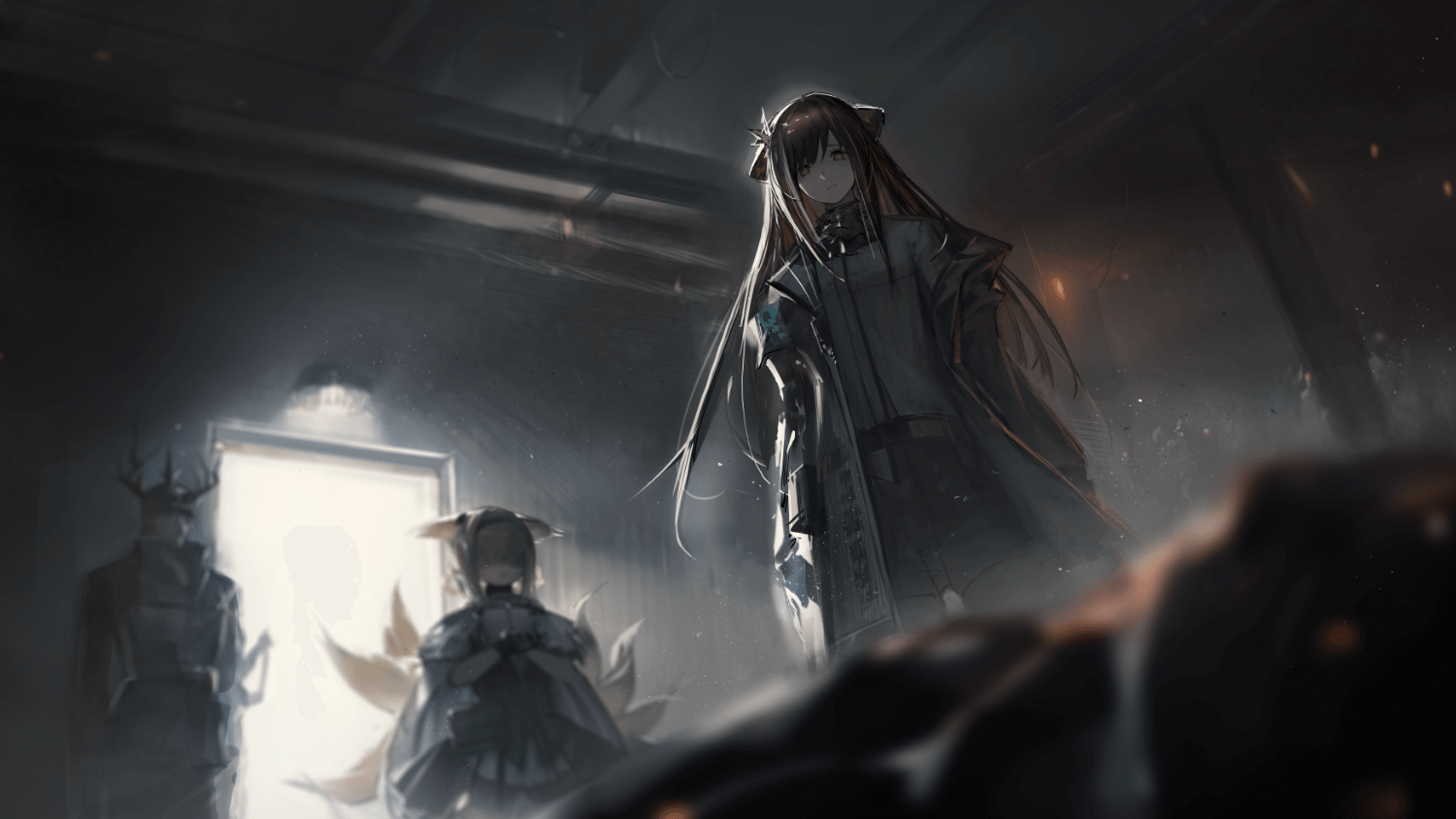 A catastrophe, a protest, a riot, a bloodbath... all because a doctor died.

The uninfected fear the infected.

The infected despise the uninfected.

Many have attempted to bridge the canyon between the two. Some chose the rational approach, knowing that Rome wasn't built in a day and trying to change the hearts of the people one step at a time.

Others chose a more radical method, and some became so lost in their so-called "justice" that they lost sight of their original goal.

“Reunion lit a wildfire. From the past, to the present, to the future, it will burn in every corner of the land.” 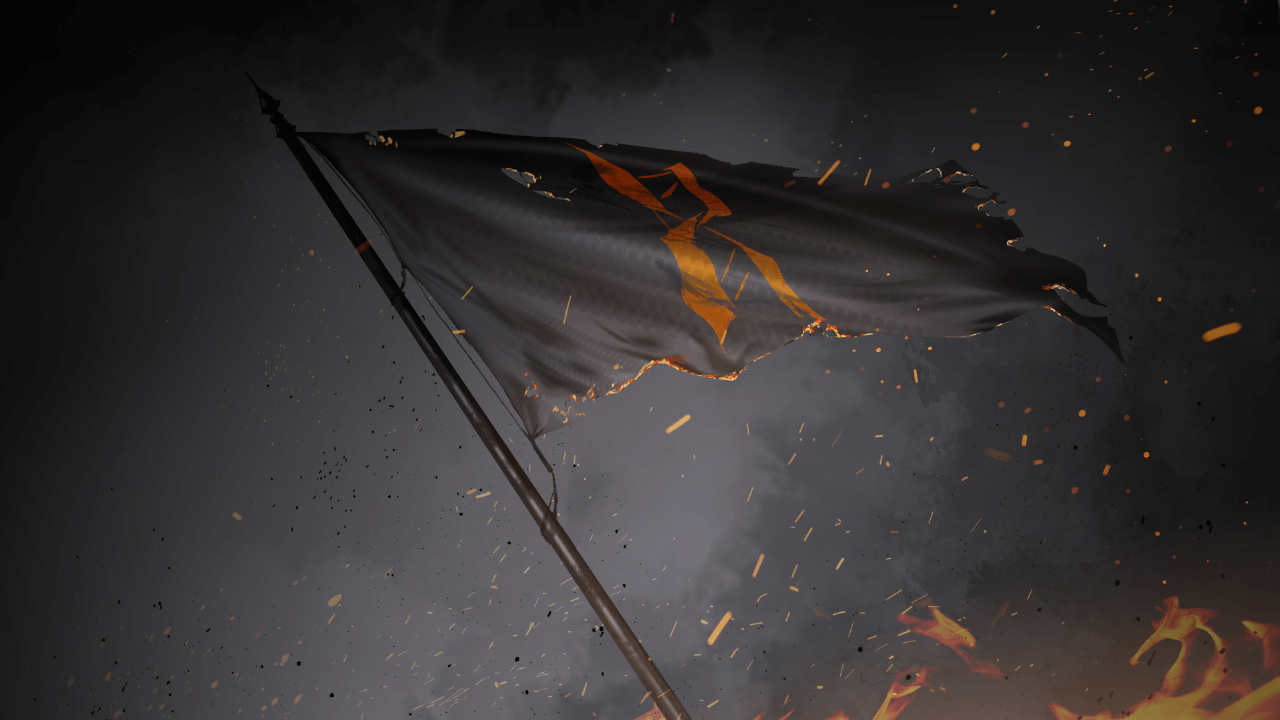 However, this wildfire is proving to be detrimental. In Stories of Afternoon, Leithanien's recent changes in policies towards the infected was mentioned, and that if Rhodes Island didn't take Ceobe in, she might've been put down by the government. Given the events in Twilight of Wolumonde, it’s not unreasonable to think that the riots are what caused this change, and although most of Reunion's fault was allowing the rioters to use their name, the damage it caused to the situation of the infected may linger for a long time.

On the other hand, from Skyfire's profile we learn that Reunion caused the death of King's Wand's pet in a riot, yet the current timeline makes no mentions of Reunion forces in Victoria. It's unknown whether or not this Victorian Reunion is still led by Talulah.

Even if a cure is found, whose hands will it fall into first? How long will it take before it trickles down into the hands of the infected, the lowest rung of the societal ladder?

We're left with questions. But perhaps, Rhodes Island will be the answer.

Cheers to a happy ending.

May I enjoy my life and practice my art,

Respected by all men and in all times.

Many thanks to the AKO lore room who helped me with the creation of this article.

Lauli
Just someone who likes Arknights lore a bit too much.

Save your rolls! [Poll]
Another 21 new ops will join the game in the months to come: a robot, two 4 stars,…
How to get some free operators?
So I’ve been playing arknights again after a period of hiatus and I noticed that I’ve…
Bored Doctor Chronicles #57: The Cure
@ArtificialSky Please make this a wiki People can change the thread’s name to…
Rerun for Anniversary events
Will there be a possible rerun for Dossoles Holiday? or it will be just put in the…
Ticket Advice
I’ve been playing since last fall and am looking for some advice on the two…
Read More