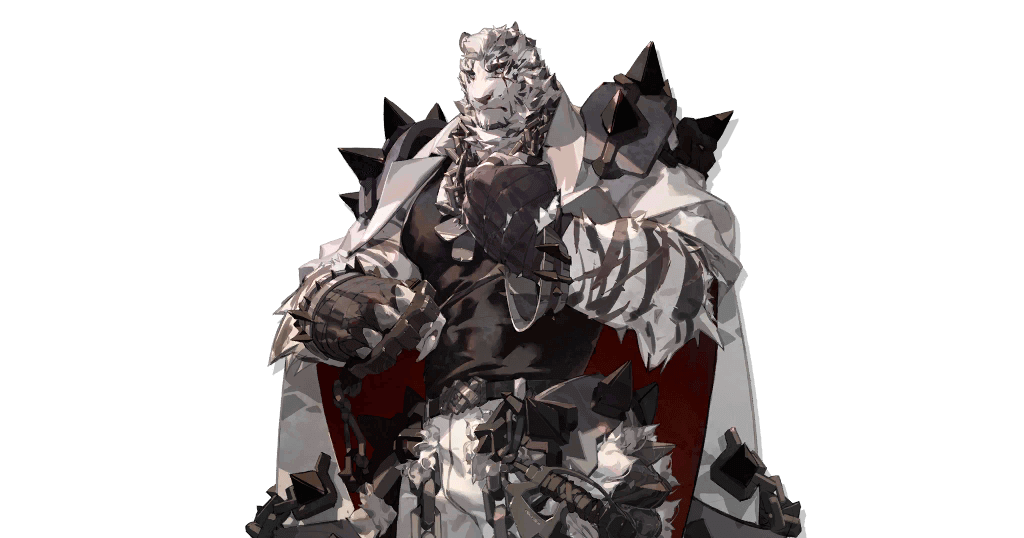 At first, Mountain’s codename struck me as strange. ‘Mountain’, such a simple yet slightly unusual codename. However, when Mr. Nothing was released - whose name refers to literature - I realized that Mountain’s codename may as well refer to a certain piece of literature, one named The Moon above the Mountains.

What is "The Moon above the Mountains" about?

The Moon above the Mountains is written by Nakajima Atsushi, a Japanese author, but the short story takes place in China.

The main character is Li Zheng, a government official, albeit a low-ranking one. Despite his job and his talented reputation, he is not satisfied by it. He wants to make a name and be remembered as a poet. Thus, he resigns from his job and fully devotes his life to poetry. However, this proves harder than he thought. Since quitting his job, he lives in poverty, and he ignores the signs his tired body gives him. Soon, he grows emaciated and irritable.

He lives like this for a year, and then leaves. One day, he goes mad and no one hears from him after that. The year after that, a man named Yuan Can prepares to set out on one of his official business travels and is warned about a man-eating tiger he might encounter on the way to his destination.

That night, Yuan Can indeed meets the tiger. It attempts to attack them, before suddenly stopping in its tracks and talking like a human. Yuan Can is shocked, because he recognizes that voice as from Li Zheng, his old friend. The tiger confirms that he is indeed Li Zheng, and Yuan Can talks to the tiger, no longer afraid but rather confused.

Then, Li Zheng continues to recap what happened. From the moment that he transformed into a tiger, he has felt the inner instincts of the beast driving him to kill other animals. At certain moments, his human consciousness returns, but these moments become fewer and fewer. He knows that, eventually, he will entirely cease to think and talk like he used to, and be overtaken by the animalistic mind.

As such, he asks Yuan Can a favor. Li Zheng had written several poems, and he shares them with Yuan Can, at least, those he remembers. He writes them down, as Li Zheng asked him to. Li Zheng then talks about how his disconnection from the world and selfishness caused him to go mad. Quoting directly from the story itself (translated):

‘We are all of us trainers of wild beasts, and the beasts in question are our own inner selves. In my case, my beast was my self-important sense of shame. That was my tiger, and it damaged me, brought sorrow to my wife and children, wounded my friends, and, in the end, changed my outward form into this animal that befits my inner state.’

At the end, Li Zheng says he must leave, as he feels his human consciousness fading. The two part ways, with Yuan Can crying as he does so. The last sentence of the story is as follows (and it is one of the only full sentences from literature I know like the back of my hand):

‘The tiger gazed up at the moon, already pale, having lost its brilliance, and roared mightily two times, three times, then jumped back into the brush. They never saw the tiger again.’

Mountain and The Moon above the Mountains

So how does this story relate to Mountain exactly? Well, his codename aside (the Japanese title of the story is 山月記, and 山 is Mountain’s codename in Chinese), and him quite literally being a tiger acting like a human, I did not know until Mansfield Break actually was released in the Global server. While reading the story attached to the event, I found some very familiar themes that also return in The Moon above the Mountains.

Mountain is a very imposing figure, almost 2 meters tall (195 cm, which puts him at 76.7717 inch to be exact), with a rough voice and being really good, both in-universe and in-game, at defeating enemy after enemy all by himself with little to no outside help. It is very easy to think of him as a brute at first sight, similar to how Yuan Can was warned about the ‘man eating’ tiger at first in the story. His codename as well indicates toughness and strength.

However, his character is kind and gentleman-like, to the point that Barton points at him as a model prisoner. Quoting from the character himself (using my own way of wording the original Chinese version):

'Y'all should learn from Anthony here! Block C inmate, but composed and never sees violence as the answer. He spends his day reading, writing, and listening to music. Truly a role model y'all should follow!'

Barton outright says that Mountain is an example everyone should take as a role model, which by the way, comes from the mouth of a lousy guard that only seems to have his own best interests in mind. Even on such a person, he has made a good, solid impression. This is to the point that, during the cleaning shifts, they will always end up cleaning his cell no matter what.

Speaking about names, in the story, Mountain does not use his codename yet. This is because this story is set before he joined Rhodes and gained said codename. This also makes him more ‘human’ during the story.

Later on, after Mountain foils another assassination attempt from HydeBro, the other characters comment on this as well:

Kafka: 'You...ugh, you're an inmate, but you're a lot more composed than the others.'

Domma: 'That's him. Always polite to everyone may as well be his signature.'

Kafka: 'Ah, right. He's not only good in beating people up, but he's not bloodthirsty or anythin'.'

Mountain is really a good, nice person, who has been locked up in prison to protect him instead of him being truly guilty of a heinous crime. (Then again, it has been implied that this is not uncommon in Mansfield). Even his theme song is a calm and jazzy tune and shows him relaxing as opposed to something that befits raw, ruthless strength.

I hope that the pattern here is visible: despite his outward appearance and his admittedly good ability to punch the tar out of his enemies, his character does not immediately match this outright. He’s not a brute through-and-through. He could potentially lose himself by going ham on an enemy, but chooses not to. Even during the final fight, he remains calculated to a certain extent.

This duality is very obviously touched upon by Jesselton/Jayston, and he points it out during said final fight:

'You know, Anthony. From the moment you came in here, there was something...not right. You're constantly acting polite, but you're strength incarnate. And secretly, I have longed to see this. The facade shattering, and finally seeing what lies beneath...'

He encapsulates the duality of Mountain in this one line. Furthermore, Mountain’s fourth archive file and his second promotion quote also talk about this:

‘Doctor, take a good look. That mask of composure, calm, and politeness is off. This is the truest you'll ever find me. Bloodthirsty, violent, and destructive. Look at me and be my friend.’

The tiger in The Moon above the Mountains, or rather, Li Zheng, struggles with a similar issue. His moments of thinking and acting like a human become more and more intersected by the ‘bloodthirsty, violent and destructive’ nature of the tiger that Mountain mentions in his promotion voiceline. At first, Yuan Can was scared by the tiger, until he heard his friend. The story may end on a sad note, but it avoids a possible drama of Li Zheng not recognizing Yuan Can anymore when he’s gone full tiger, which he’s implied to have done at the end of the story.

Luckily, our Mountain doesn’t go down the deep end entirely. He seems to acknowledge what’s below the mask in his second promotion voiceline, in contrast to Li Zheng who only became aware of it when it already took him over (by transforming him into a tiger). As a bonus, Mountain is interested in literature, much like Li Zheng.

I am not entirely sure why Mountain is specifically a white tiger and not just a normal orange tiger, but I think it is to highlight how unusual this specific tiger (Li Zheng) is from all other tigers, having been human before.

The Moon above the Mountains and The Metamorphosis

If the gist of The Moon above the Mountains seems familiar to you, that might be right. The story has been compared to The Metamorphosis by Franz Kafka. It’s logical why the two are compared, as both of them have their protagonist transform into a creature at the beginning, with the rest of the story dealing with what happens afterwards. Both of them are eventually relegated to give up and resign to their new life as a creature after desperate moments to still act human.

Despite transforming, however, they are still aware. Gregor can still understand what people say. Li Zheng also does so, and converses with Yuan Can as if he was human. The ‘incompleteness’ of both transformations is what shapes both stories, as it’s paradoxical in a way: they’re an animal, but at the same time, they’re not. Gregor dies at the end, and Li Zheng fully loses his humanity when his story ends.

I think that this connection is what inspired HyperGryph to make Kafka and Mountain interact. Nonetheless, I’m happy that both characters are in Arknights as I see them as a homage, to the writer Kafka and to The Moon above the Mountains, to keep them from being forgotten.

- The Moon above the Mountains by Nakajima Atsushi, translated by Nobuko Ochner and Paul McCarthy. The original version in Japanese is here and here on Aozora in public.

Support Normal +alter
I didn’t know we can have the normal version of an operator and his Alter as support…
Buy Tequila's Tokens without Tequila?
First, I’m a new player (around 2 weeks old as of now) and I’m currently farming…
Bored Dokutah Chronicles #59: Ling’s supremacy, pot 6 M9 is guaranteed, best Nian beast
Well; you all know the drills, let’s get wild for the last week of Dossoles Source …
Duelist Guards , DP Eater Specialists and Ling's module data
i separated the duelist guards module into 2 by myself (tweets aren’t mine btw) the…
Low Star Alters [Poll]
May as well keep the ball rolling This one is for the 2 and 3 stars you think will…
Read More