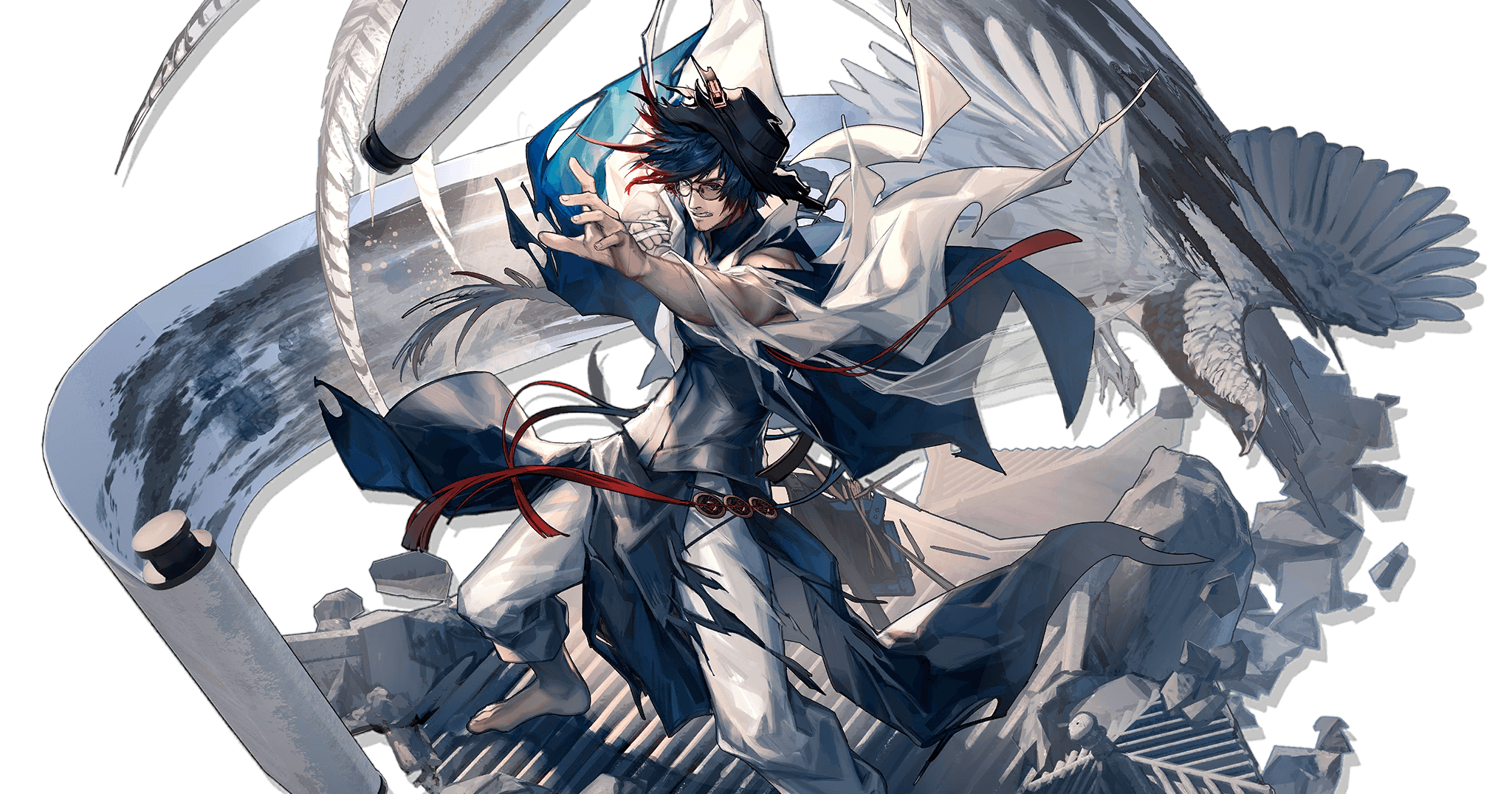 Thanks to this Weibo article for the information!

Who is Real has a lot of Chinese cultural references. Dusk is full of them, and so is Mr Nothing.

Firstly, he is based on Lady Amherst's pheasant, the most beautiful type of pheasant in the world. Can be found in China and Myanmar.

In China, this pheasant is a symbol of prosperity. 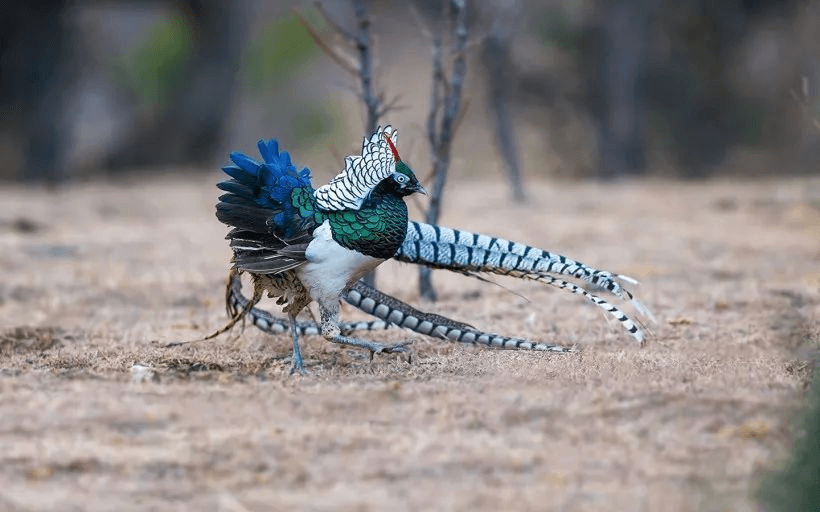 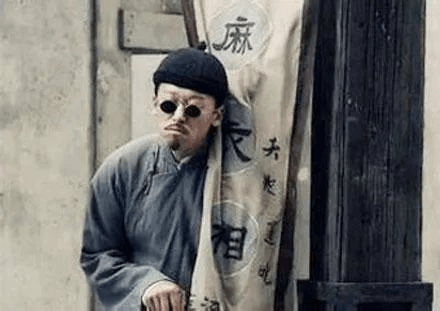 Next, Mr Nothing's theme is based on the Chinese fortune teller.

Chinese fortune telling, better known as Suan ming (Chinese: 算命; pinyin: Suànmìng; lit. 'fate calculating') has utilized many varying divination techniques throughout the dynastic periods. There are many methods still in practice in China, Taiwan, Hong Kong and other Chinese-speaking regions such as Malaysia and Singapore today. Over time, some of these concepts have moved into Korean, Japanese, and Vietnamese culture under other names. For example, "Saju" in Korea is the same as the Chinese four pillar （Chinese: 四柱八字) method.

This is especially seen in his shades and fan. One needs to be observant to be able to do these. Without these tools, they will be suspected by others. 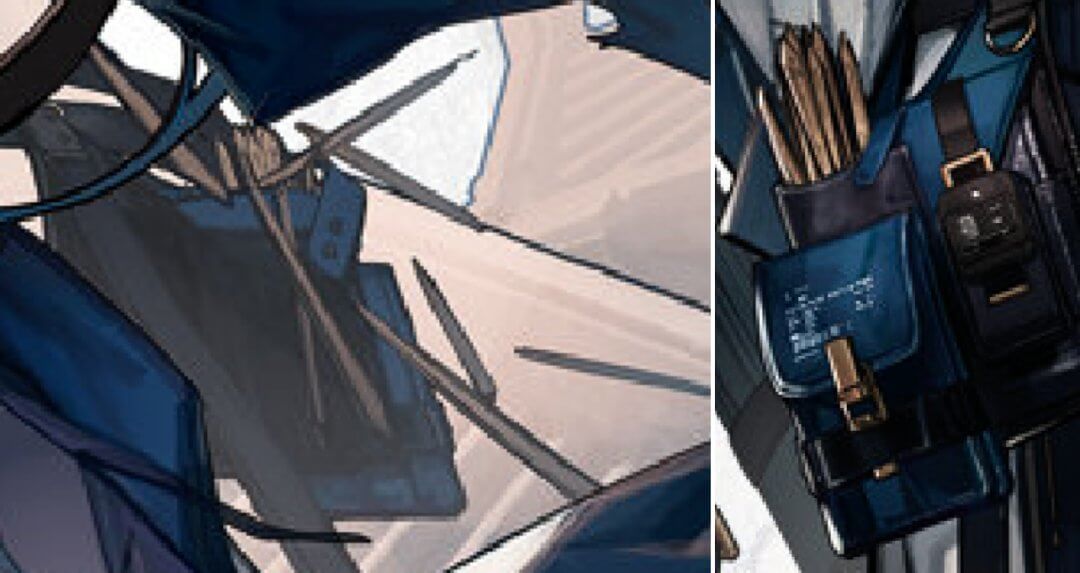 Fortune telling sticks can be seen. Kau Chim or Kau Cim, also known as Lottery poetry (traditional Chinese: 求籤; simplified Chinese: 求签; pinyin: Qiúqiān), is a fortune telling practice that originated in China in which the querent (person asking the question) requests answers from a sacred oracle lot. The practice is often performed in a Taoist or Buddhist temple in front of an altar. Kau Chim is often referred to as Chien Tung or Chinese Fortune Sticks by westerners. In the US, a version has been sold since 1915 under the name Chi Chi Sticks. Kau Chim is also sometimes known as "The Oracle of Kuan Yin" in Buddhist traditions. It is widely available in Thai temples, known as Siam Si (Thai: เซียมซี). The similar practice is also found in Japan, named O-mikuji.

He can be seen shaking these sticks in his base animation. 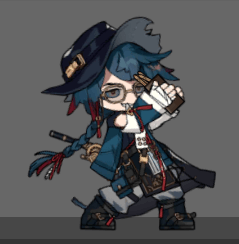 3 coins are seen, which is used in the Wen Wang Gua (文王卦) method of divination. By flipping 6 times, it is the easiest form of divination.

Wen Wang Gua (Chinese: 文王卦; pinyin: Wén Wáng Guà) is a method of interpreting the results of I Ching divination that was first described in writing by Jing Fang (78–37 BC) in Han dynasty China. It is based on correlating trigrams to the Celestial Stems and Earthly Branches of the Chinese calendar, and then using the stem and branch elements to interpret the lines of the trigrams and hexagrams of the I Ching. The method is popular in South East Asia. It is known by various names: (Liu Yao) (six lines) refers to the fact that it interprets the meaning of six symbols; the Najia method, indicates its logic of elemental values derived from the Chinese calendar; Wu Xing Yi (changes of the five elements); or Wen Wang Ke (Lessons of King Wen).

Due to these properties, we can infer that Mr Nothing is good at observation and talking to people.

Previously, we have another Skade son, Phantom, who is a huge reference to English Gothic fiction. Check out these articles: Phantom, costume

Similarly, Mr Nothing is a reference to the Chinese Wuxia genre.

Wuxia (武俠 [ù.ɕjǎ]), which literally means "martial heroes", is a genre of Chinese fiction concerning the adventures of martial artists in ancient China. Although wuxia is traditionally a form of fantasy literature, its popularity has caused it to spread to diverse art forms such as Chinese opera, mànhuà, films, television series and video games. It forms part of popular culture in many Chinese-speaking communities around the world.

The heroes in wuxia fiction typically do not serve a lord, wield military power, or belong to the aristocratic class. They often originate from the lower social classes of ancient Chinese society. A code of chivalry usually requires wuxia heroes to right and redress wrongs, fight for righteousness, remove oppressors, and bring retribution for past misdeeds. Chinese xia traditions can be compared to martial codes from other cultures such as the Japanese samurai bushidō.

This suits the lore of Mr Nothing as a martial artist a lot. In the following sections, I will introduce other Chinese literature that he makes references to. 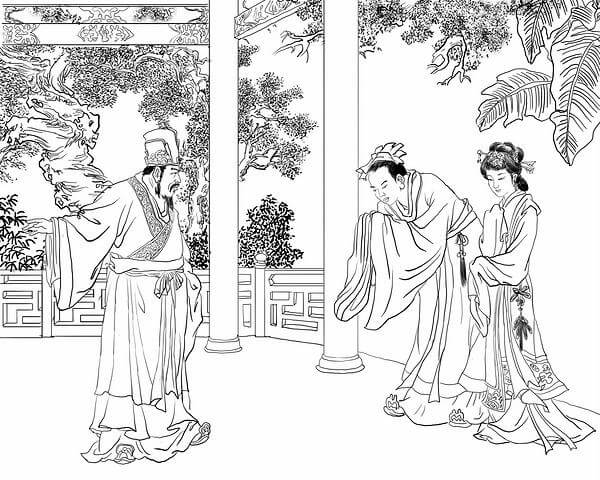 Mr Nothing's name in CN (乌有) is immediately a reference to Chinese literature for those who know it. He also has a strange way of speaking. In fact portions Who is Real is actually written in ancient Chinese (文言文) in the Chinese run. So if the text looks sort of Shakespearean, that is the intention.

Summary: The "Zi Xu Fu" was written by the Han Dynasty writer Sima Xiangru during his early trip to Liang. The fugue is about Mr. Zi Xu of Chu who went to Qi on a hunting trip with the king of Qi. The king of Qi asked him about Chu, and he tried to explain the vast and rich state of Chu, so much so that Yun Meng was just a small corner of his back garden. Wu You (Mr Nothing) was not convinced, so he used the sea and the famous mountains of Qi, and the different places and categories of Qi, and looked proudly at Zi Xu. The main meaning is that through this exaggerated description, the powerful and majestic power of the Han dynasty is expressed. The richness of the words, the beauty of the descriptions, and the interplay of scattered rhymes mark the full maturity of the Han dynasty. It is a sister work to the Shanglin Fu, both of which were landmarks in the formal establishment of Han Dynasty literature.

In the text called 子虚赋, there is a quote of 畋罢，子虚过奼乌有先生，亡是公存焉. It means 'a mister who does not exist' in modern Chinese.

In his S2, there are 3 special effects which makes references to the text:
子虚
子虚乌有
乌有

子虚乌有 means 'it is sheer fiction'. Very fitting for the theme of Who is Real.

Chinese literature 2: 乌有先生历险记 (The Adventures of Mr Nothing)

2: 乌有先生历险记 (The Adventures of Mr Nothing)
This is a story in ancient Chinese lanaguage which is read as high school literature text in China. Due to how the story is interesting and students can get into the character, studying the ancient style of written Chinese isn't so boring. Once again, the theme matches Who is Real. What one perceives might not be what happened.

This is a summary of the modern Chinese translated version that I read during the CN run:

Mr Nothing is 70 years old. He grew mulberry grains for his entire life, did not associate with the vulgar and did not take praise seriously. People thought of him as a wise man. He was offered official position many times but he rejected it.

After not meeting for a long time, he went drinking with a friend, None (is 无是公 which is like Nothing but Mr Nothing is here). The two were very drunk. Mr Nothing woke up but None had almost no signs of life.

The doctor declares that he can't do anything to save None. Mr Nothing became scared, then a friend says that there's a doctor deep in the mountains who can definitely bring None back to life. But the journey is treacherous.

None's wife thinks that Mr Nothing should not watch a friend die and should be ashamed. He thinks she makes sense, and travels to the mountain alone. As he travels, it starts raining and there is a storm. Nobody would take him in at the nearby village. He finds a temple.

There is a corpse of a hung lady, bloody and unkempt. Soon, he sees a ghost of a lady holding a baby. His donkey bellowed, making the ghost notice him. Perhaps she died here? He was scared. But aren't ghosts the deceased? So he asks 'Are you human or ghost?'

The ghost screams. Mr Nothing beats her with his whip, she falls and he escapes. Later on, he meets a bunch of thieves. Mr Nothing tells them of his plight. They decide not to rob him as it's unlucky to rob a person of justice.

They tell him where to find the elder but he is often gathering herbs at the mountain. So they don't even know if Mr Nothing can meet the elder.

On the way, Mr Nothing sees a tiger. He thought he was done for, then the tiger dies from an arrow. It was shot by a white haired bearded man who looked like a deity.

Mr Nothing tells of the ghost he saw. The elder says that ghosts are just illusions. They are not real. The hung lady was a mistress of a certain man. She could not endure abuse and hung herself at the temple.
The ghost Mr Nothing saw was a poor wife. She was poor, her husband died, and her son had a short life. Overcome with grief, she dug up her son's corpse.

She said that she was hit by a ghost in the temple. After knowing of Mr Nothing, the elder knows what happened.

Knowing the truth, the two of them laugh a lot in relief. When they returned to None, the elder explained that the liquor is a specialty of the central mountains.

After getting drunk, one won't wake for a thousand days. Mr Nothing drinks this often, so he is immune. But None is not from here, so he can't take it.

The elder did some acupuncture and None wakes up. None thanks the elder, but he does not ask for any payment. Mr Nothing tries to pay the elder too. He says that his family has been doctors for generations. Does he look like he's greedy? Then the elder gave them a few packets of medicine before leaving.

None stays for 20 more days before saying goodbye. They did not drink again.

Conclusion and slight introduction to the next Skade literature Liberi man

Hope you all enjoyed the Mr Nothing lore! The references are obscure, but very enjoyable.

Enjoy Mr Nothing before the next Skade Liberi literature man drops aka Passenger. Passenger will be a huge reference to T. S. Eliot, the most prolific writer of the 20th century. Planning to release his lore for his birthday and publish here during his global release. His lore is really something else, with both literature reference and introducing Terra's nuclear energy. I both love and hate it.

Skade sure loves literature with these men, Phantom and the references in the costumes of Istina and Nightingale... I would love to thank Skade for all these details too.