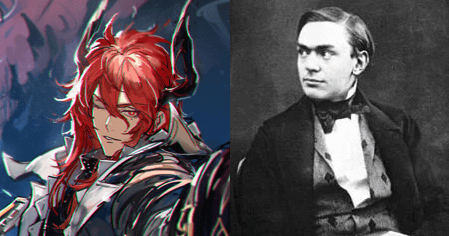 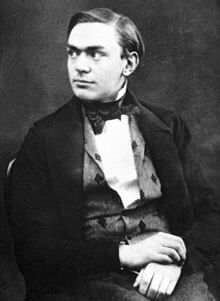 Before reading this, please read the previous Sesa article about how he might be the older brother in his archives. It is essential to read this article with the mindset that he is the genius older brother, not the average younger brother.

Arknights Lore: Theory - Sesa Is The Older Brother In His Archives

DISCLAIMER: Before Hypergryph confirms anything, Sesa being the older brother is ultimately a theory. Not canon until confirmed by Hypergryph. But I have sufficient evidence and analysis, like what is written below.

One thing I’ve learnt about Hypergryph and their writing of Arknights is that it’s full of real life references from the species to the countries and lore. This is part of why the universe is so engaging when fiction imitates real life.

It’s not very obvious, but Sesa’s archives and Nobel’s biography share a lot of parallels. Their personalities and habits are similar, depressed but can act, along with an interest in philosophy and literature.

Reading up on Nobel’s life has helped me understand Sesa better and respect Nobel’s accomplishments a lot. I hope this provides more insight to what kind of person Sesa is, although all the research on Nobel all say that he’s a complex and enigmatic person who cannot be simply analysed. Nonetheless, I hope to shed some light on the real life historical figure and our operator here.

Alfred Nobel is an engineer, inventor, and weapons manufacturer. He is best known for the Nobel Prize and inventing dynamite. Which was also all I knew about Nobel before writing this. But besides this, he had a complicated and mysterious personality that not many knew about.

Before Nobel invented dynamite, an earlier experiment with nitroglycerin (more unstable than dynamite, but the basis of dynamite research) killed five people, which includes Nobel’s younger brother, Emil. Emil was in university then, but he helped out at Alfred’s factory.

Then after inventing dynamite, it was a huge success. Industries used it a lot. However, it was also used for killing people. Nobel did not pay it much mind until his older brother, Ludvig, died.

Ludvig died in France while the Nobel family were Swedish, so the French news outlets had mistaken Ludvig for Alfred. The obituary of the wrong brother was published, where Alfred sees that his obituary has the line of ‘The Merchant of Death is dead.’ and accused him of ‘finding more and faster ways to kill people than before’. He was very saddened and depressed by all these and this shows for the rest of his life.

Nonetheless, he still continued to invent more explosives and produce more weapons in his factories for the rest of his life. 355 inventions in his entire life. Amazing.

Near the end of his life, Nobel established the Nobel Prize that we know of today, probably in order for him and the world to forget his dark past. Or not. Since he is so complex to analyse. But war still will not end.

This real life example is further evidence supporting that the younger brother is dead and the older brother is our operator.

Outside of Nobel’s achievements, his personality was described as complex, with lots of paradoxes and contradictions. A man of ascetic habits, yet he could be a courteous dinner host, a good listener, and a man of incisive wit. A pessimistic idealist, and a pacifist who makes firearms.

This can be seen in how Sesa can be a good squad leader to guide everyone and looks out for Doctor. Yet is also very weird in his rambling and chuuni lines. He was also described as clever, witty, friendly in the description of the older brother.

Nobel despises war, and so does Sesa. It is evident in his voiced lines where pain is always mentioned in his battle related lines and there is a very pessimistic tone.

Select Operator 1: My arm is throbbing…

In Combat 4: How will you all understand the pain of victims?

4 Stars: This kind of battle has to come with pain, but the weapons in (our) hands absolutely do not lie as they sing of victory!

3 Stars: You have relied on my strength too much. Don’t mention it. Anyway, as per usual, a cup of black tea with 2 sugar cubes.
(less pessimistic, but very humble and just wants to drink some tea)

2 Stars: Escaping the carnage from weapons is a good thing.

Failed operation: No matter how long we escape, weapons will wait until we are destroyed.

Nobel was especially interested in philosophy. There’s some nods to it with how Sesa rambles a lot in his voiced lines.

Theories of knowledge were of special interest to Nobel. Consequently, he returned several times to Locke’s thesis that all knowledge arises from sensory impressions, declaring that the “brain is a very unreliable recorder of impressions.

This bears similarities with Ryuzaki Ichi’s short story which was released during Sesa’s release. Here's my translation of the story.

'This photo seems familiar?'
'You're seeing things. Just an error of the brain receivers...'
'Ah... Isn't this the photo that Amiya took of us? You made this very extra pose, so I remember clearly. But where am I?
'...This is what you see with your eyes. It is just like this. And memories... can lie...'
'So... why am I gone?'
'Hey! Doctor, didn't you go get some water? Why are you sitting in front of my computer and not moving? Don't mind such small things! This game is paused!! Are you still playing?' 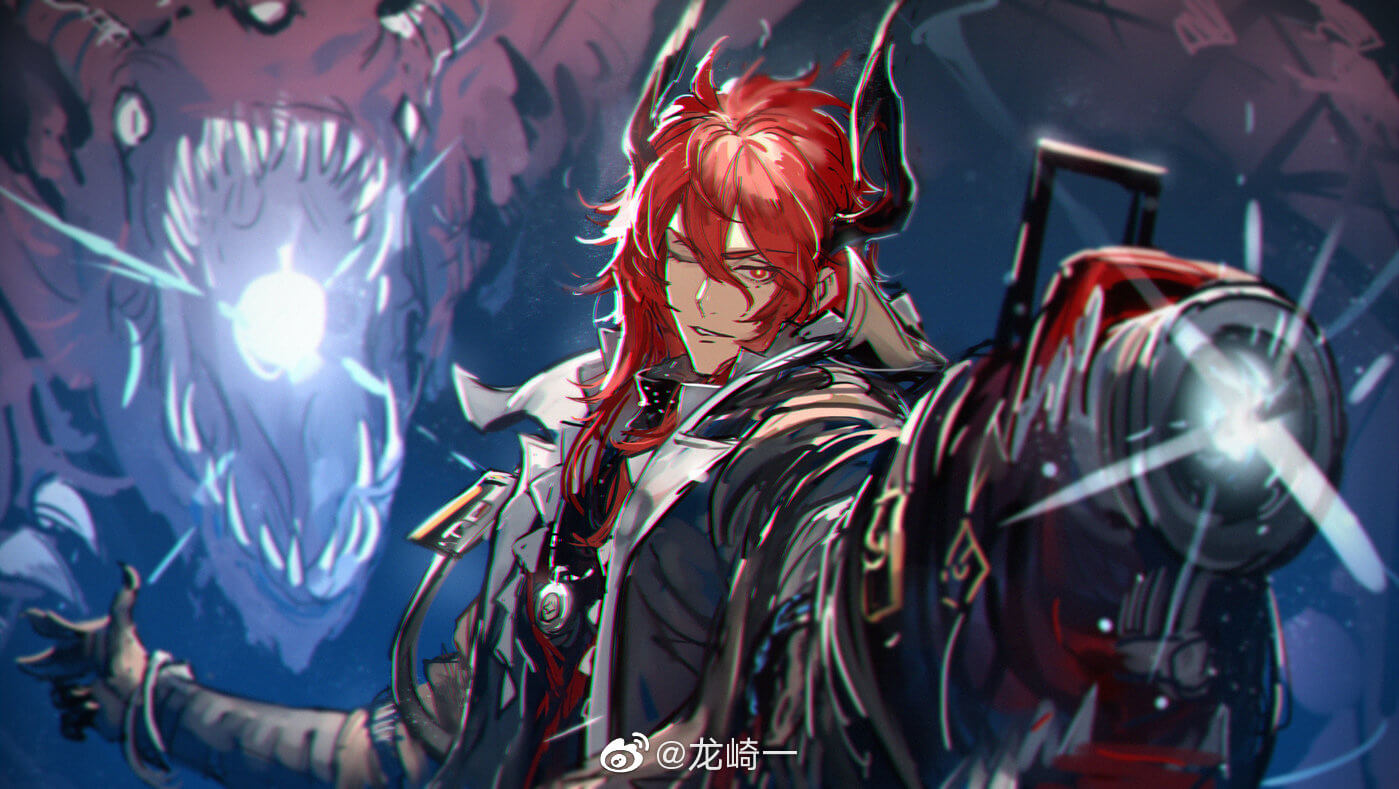 Initially I thought that this short story could allude to the fact that Sesa is faking his personality to conceal his true self. However, the topic is similar to Nobel's philosophy.

Other philosophy references that Sesa makes is the three times he mentions bridges in his voiced lines. It bothered me a lot, but now it makes sense.

"The bridge is the connection, the ammunition is wisdom, the weapon is the will, and harmony is equality." Shall we tear asunder the veil that obfuscates the Truth? Perhaps I can lend you a bit more power... Just a bit more.

Assign to Team: The "bridge" seeks completion... Those weapons in your hands... May I take a closer look?

Conversation 3: "I wish to cross over to the distant shores." That used to be the secret phrase people used to communicate with me. That bridge is the link between two worlds, transferring wisdom and imbuing power... Hey, let me finish. It's rude to just turn around and walk off like that!

If two theories are related, it can be reduced to one theory. But it depends on how much knowledge one possesses. Different fields are connected, and everything is essentially philosophy in the end.

For Sesa, it’s more of his knowledge in various fields of industrial design and weapons development that are connected. His philosophy talk is again a reference to Nobel.

Nobel was an avid reader of fiction and wrote his own dramatic works and poems. Sesa also likes gaming, which is evident in his voiced line about how Doctor’s office has no gaming console and the short story.

In fact, Nobel had wanted to be a writer in his youth. But his family got him to do engineering instead. Nonetheless, he still continued reading and writing for the rest of his life.

If we look at his poems, they are rather philosophical and melancholic. This is sort of portrayed as Sesa’s chuunibyou impression and tendencies, as well as his ramblings.

Some examples of Nobel’s poetry which may have inspired the chuunibyou:

You say I am a riddle – it may be
For all of us are riddles unexplained.
Begun in pain, in deeper torture ended,
This breathing clay what business has it here?
Some petty wants to chain us to the Earth,
Some lofty thoughts to lift us to the spheres,
And cheat us with that semblance of a soul

The JP Twitter introduction of Sesa says ‘With the arm of a genius, he sometimes speaks foolish words, so he is often thought to be unreliable.’

Perhaps these poems might offer more insight into the brilliant yet enigmatic man which wrote them. And the operator who was inspired by him. Or not? So Sesa still ends up being mysterious and gives an impression of being unreliable.

Compare and contrast of Sesa and Nobel

-Field: Engineering, arms manufacturing
-Creates impact on Earth and Terra
-Younger brother who was in tertiary education helps out in older brother’s experiment and dies in explosion.
-Invents and experiments for industrial purposes, but work is used in war and kills many.
-Very depressed from the impact of work.
-Wants to bury the dreadful past
-Had a mistaken death
-Still engages in weapons development afterwards anyway.
-Humble and kind to sell creations for good prices
-Despises war
-Thinks a lot about philosophy
-Into fictional works and literature

-Basically it’s the life trajectory. Sesa is a lot more suffering than Nobel.
The multiple traumas of Nobel happened when he was 30+ and 50+ years old. Sesa has both the death of his younger brother and misidentified corpse at the age of at most early 30s. Therefore, it’s a larger blow and Sesa is now forced to pretend to be someone he’s not.
-Nobel went on to earn millions of dollars in his entire lifetime with his firearms factories and even set up the Nobel Prize. Sesa is unlikely to do the same because of the incident. He could be as cool as SilverAsh (same artist of Ryuzaki Ichi, an older brother, around the same age) with his intellect and entrepreneurship plus his inventions. But he’s just languishing at Rhodes Island right now.
As a result, he’s a lot more pessimistic than Nobel was at the same age of late 20s and early 30s.

Before I end, I would like to thank some Chinese users on Lofter for enlightening me to the Nobel parallels to lead me to do all these research. It's been an interesting experience to try to figure out Sesa's mysteries. Though many tears were cried. I'll probably be translating my summary for them because I doubt that I can translate the whole thing to Chinese.

Next up was originally Phantom (of the Opera) analysis, but since we're having Ursus event first, I'll probably do an article about the parallels of Rim-Billiton history (from Leonhardt's Archives) and its real life counterpart, Australia.