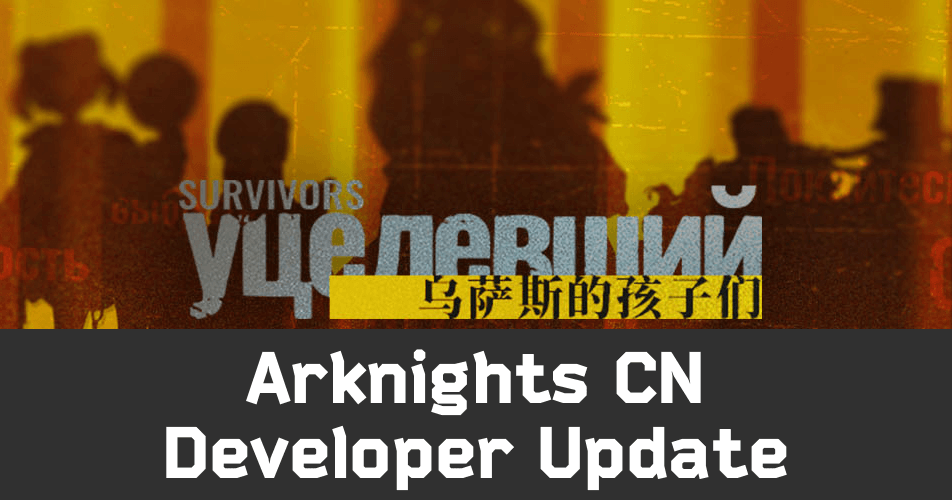 What is Contingency Contract?  See our explanation page or the Event Pages for the first 2 CC Events here:

Current Members of the Ursus Student Group at Rhodes Island:

In early June, the following new systems will be released along with the new season of Contingency Contract:

After the Path of Glory system is implemented, some achievement targets will be calculated retroactively, but others will start from zero (e.g. number of open recruitments done). More types of Etched Seals will be added in the future, providing more goals for players to achieve.

The Costume Gallery will show all costumes ever released. Players can check which costumes they own and change their operators' currently equipped costume/purchase costumes currently on sale.

The Information Processing Room has recorded all the various story content of Side-stories and Mini-stories from the server's start, and will continue to record event stories from future events as well. Currently, players will be able to check the Side-story contents that have been unlocked, whereas locked content will be unlockable through other methods in the future.

Arknights: Maintenance Coming on 5/27 with "Preparation for New Event"

Which top operator, Saria or Ifrit?
I have the top operator tag in recruitment, and the accompanying tags can guarantee me…
Exchange yellow certificate?
Should i exchange my certificate for Ifrit? Or should i wait for someone else? I have…
Skadi level 1
This morning i tryed for the first time the Frost Nova mission. Knowing that people…
Diary of the Newbie Amnesiac
Ok, so I finally got bored enough with the still mostly-in-effect quarantine and…
Resistance, Resist and RES
Since the surging flame event, i am interested by Ceylon skill 2 which increase…
Read More