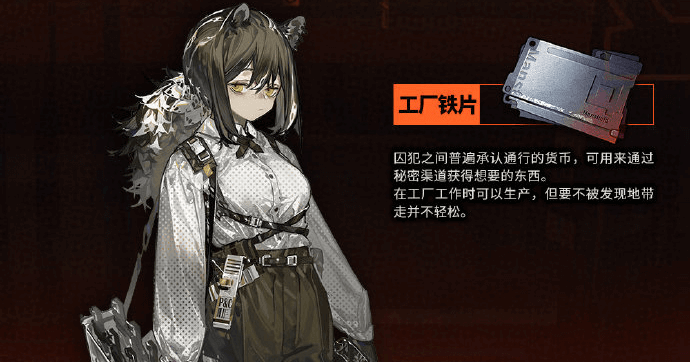 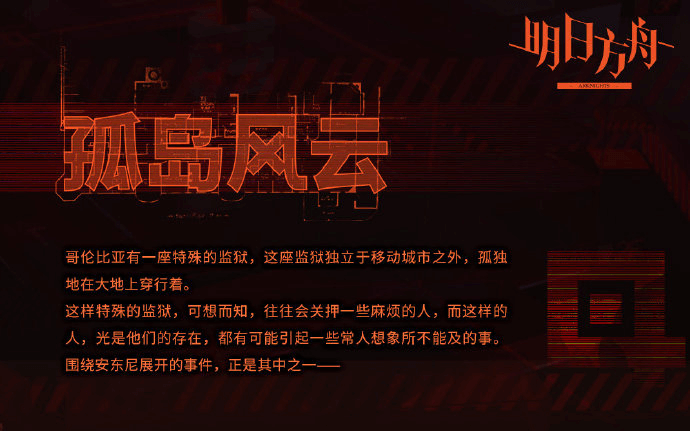 Columbia has a special prison. This prison is built outside a mobile city and transverses the land alone.

This kind of special prison, you can imagine, would imprison some troublesome people. And this kind of people, just their presence, can cause some things that laypeople can't imagine. The incident surrounding Anthony, is one of them. 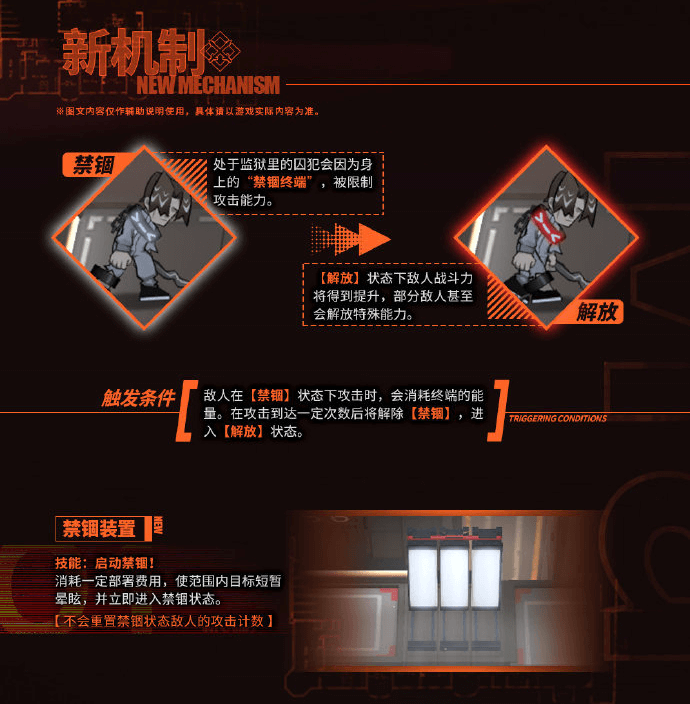 When enemies attack while in the Imprisoned state, the Imprisonment Terminal's energy will be expended. After attacking a certain number of times, the prisoner will enter the Released state.

Skill: Activate Imprisonment! Consume a certain amount of DP to activate. All enemies within range will be stunned for a short period and enter Imprisoned state. [Will not reset the attack count of enemies that are still in Imprisoned state] 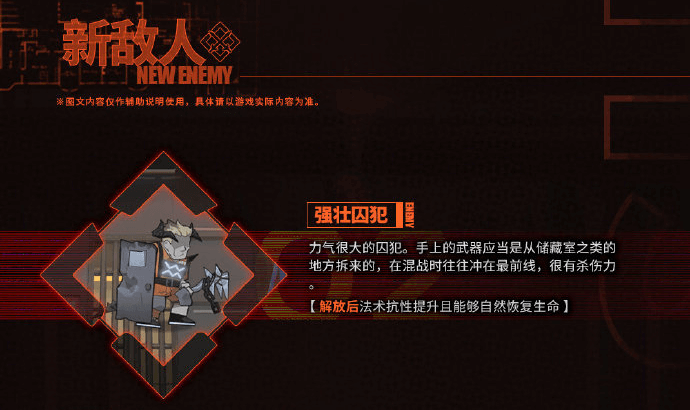 When Imprisoned, increase DEF. The first Release will also release all enemies on the field. 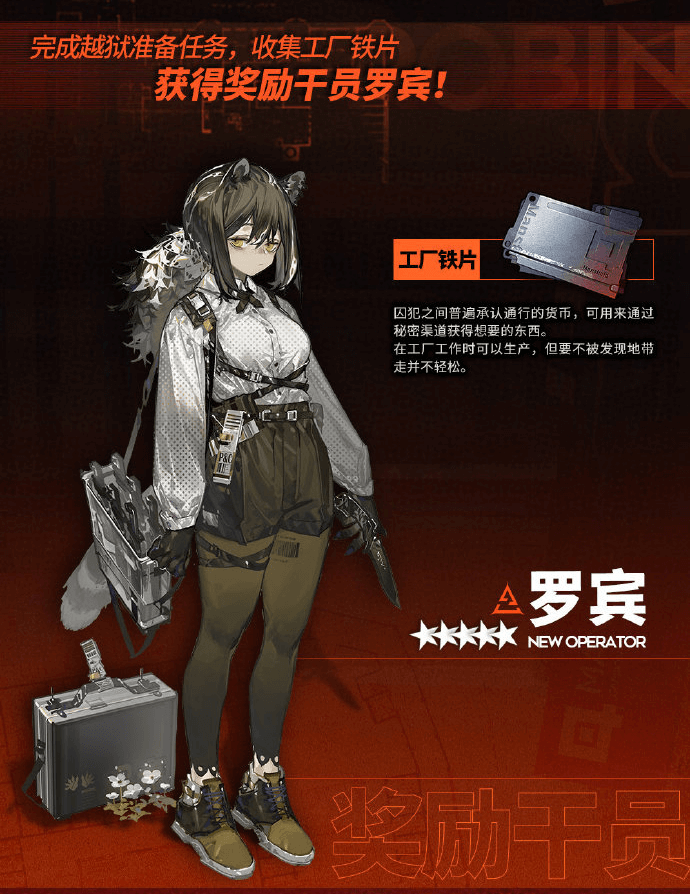