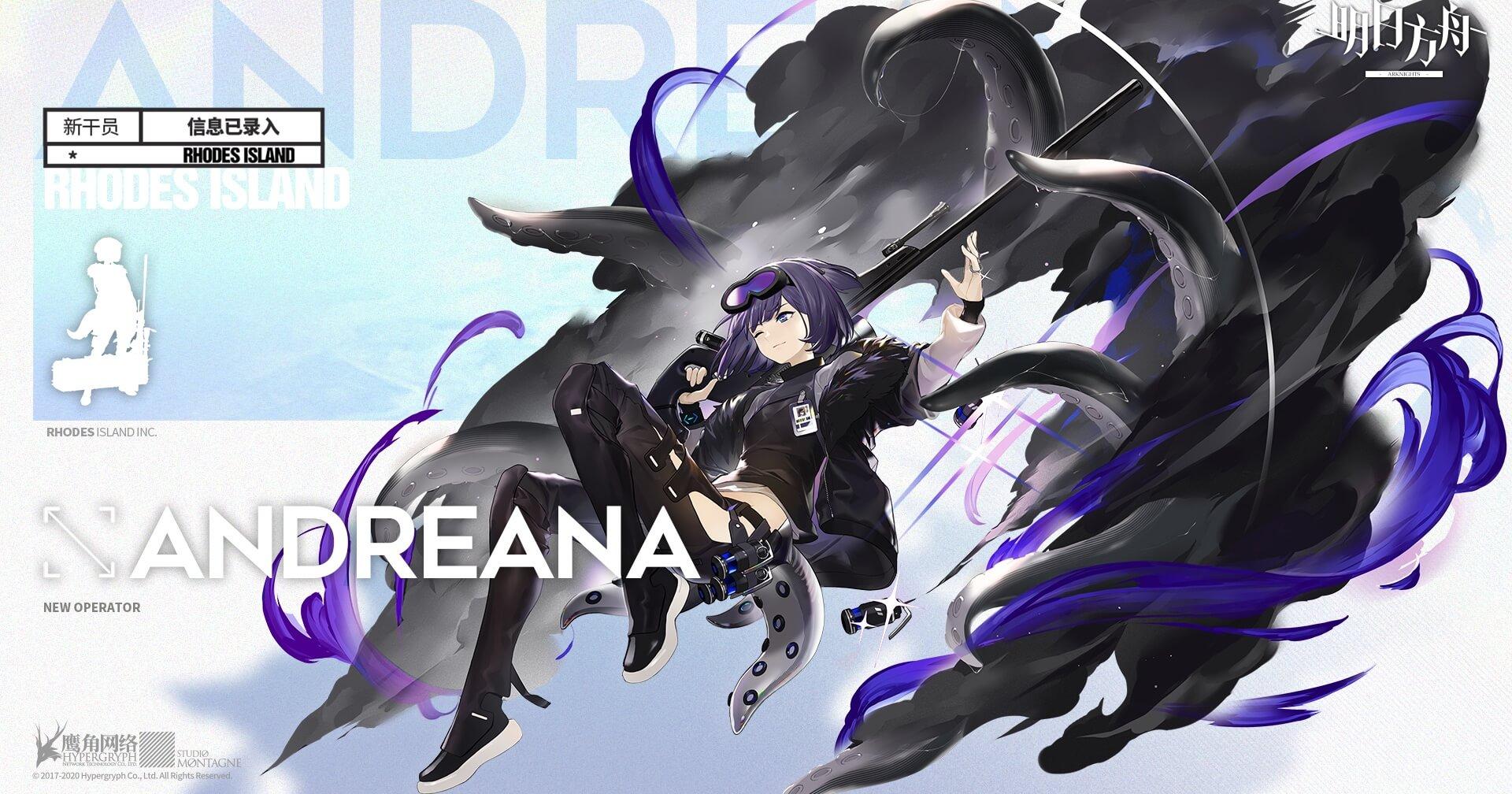 "Before I was Monica's... Oh, I should call her Incandescent now. I was kind of her bodyguard. Now that she finally found a proper job, I can do other things as well. Anyway, please take care of me."

Born in Iberia, the bodyguard of operator Incandescent, was hired along with Incandescent by Rhodes Island.

She doesn't usually speak, and rarely changes emotions, so most thought she was the quiet type when she first arrived at Rhodes Island. But as time passed, she showed her caring and willingness to listen to others, and that impression went away on its own.

Seems that from her experience of taking care of Incandescent, she has expertise in many daily things. She gets surprisingly talkative when discussing such topics.

Additionally, the fact that she's Iberian yet uses a gun originally caused a lot of misunderstandings, but they were resolved immediately—the gun was only a replica she copied from Laterano designs, and is far from an actual gun in terms of structure and function. The reason she did this is because of the Laterano influence on Iberia, and she's one of the many who enjoys Laterano's gun culture.

Andreana is a 5★ Long-range Sniper with Slowing utility. 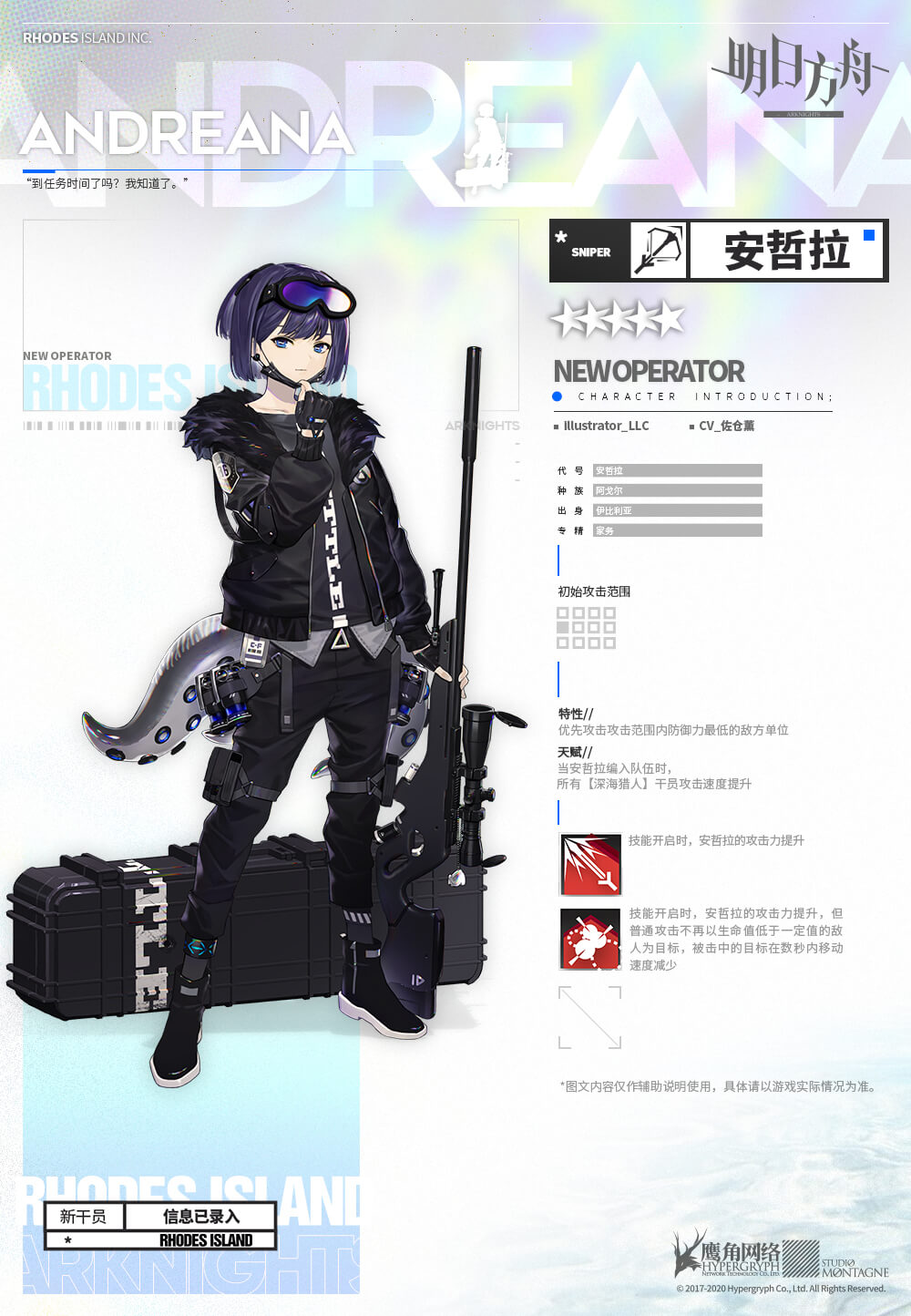 Talent: When in team, all [Abyssal Hunters] gain increased ASPD

Andreana's strength will depend on the details of her buffs and Slow effects.  The long reach of Long-range Snipers allows enemies to be slowed sooner than with other Slowing Operators and they have very high ATK stats, but their long Attack Interval means they will have less Slow "uptime" and typically have less overall DPS.

Based on the PV, Andreana's faction is guessed to be Rhodes Island (we'll see for sure when the official information is released). Like Skadi, Andreana's Talent buffs other Abyssal Hunters, but with only 2 Operators currently of that faction (Skadi and Specter), the buff is not widely applicable, especially since it wouldn't even buff herself.

It will be interesting to see if her ATK and ASPD buffs and Slow effects outweigh the typical drawbacks of Long-Range Snipers. 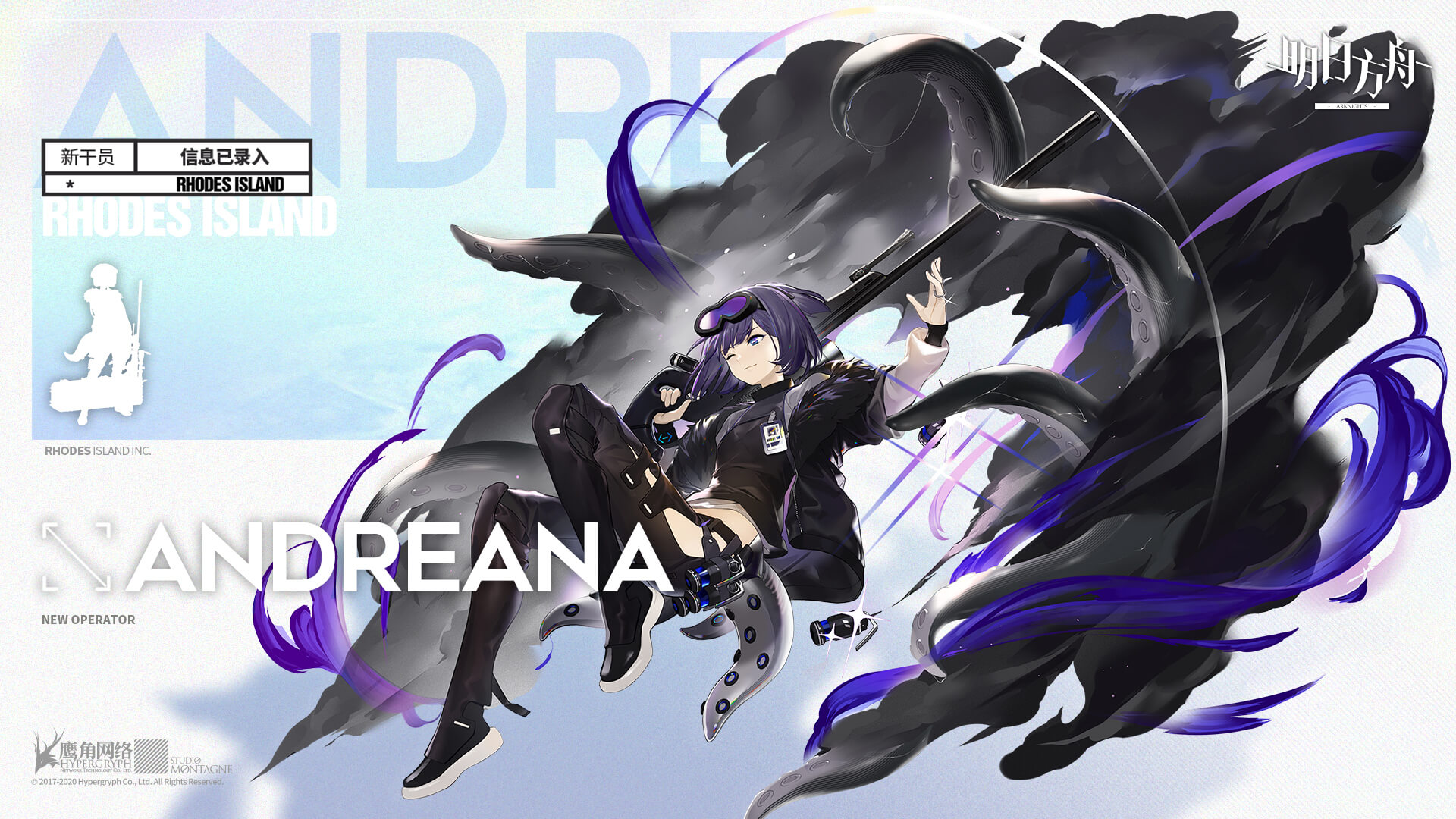 Arknights Community Poll: Contingency Contract Season #0 [Operation Barrenland] - Which Operators Did You Use? What Risk Level? Which Contracts?

The curve ball!
So the potential Ursus banner has me thinking about the roadmap for potential release…
About Friend Support
Is there any specific way to make a friend support unit to appear in your support list…
Tips for Prioritising Upgrades?
So CC#0 is pretty much over (my first cc)and its been a blast but it made me realise I…
Looking for E2 priorities advice
In light of the recent CC #0 and only being able to get to R4 on a couple of the…
Game does not open
I don’t have a cell phone so I decided to download it to the pc with Bluestacks, I…
Read More