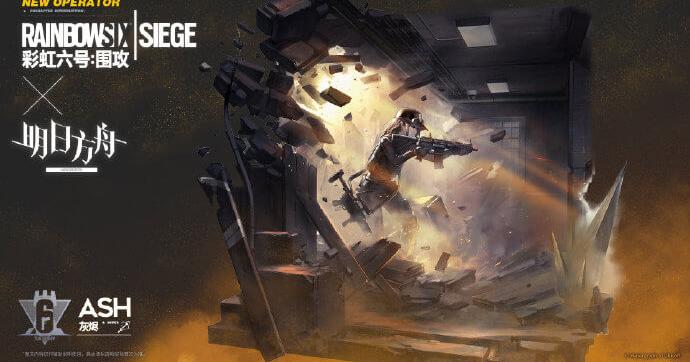 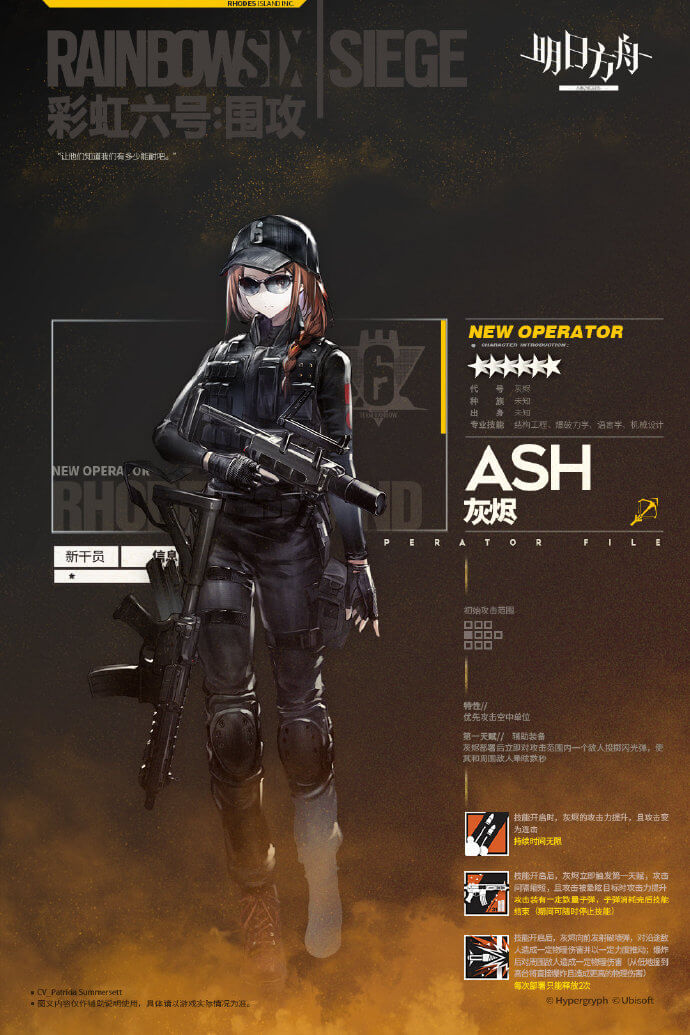 Operator Eliza Cohen, codename Ash, Rainbow member, one of the witnesses to the "Watchtower 33" incident, and was registered as a Rhodes Island collaborator afterward.

Ash is nominally the leader of Rainbow. She has outstanding combat capabilities and commanding techniques, is adept at quick incursions, has her unique explosive tactics, and can accurately detonate obstacles to create cover or breakpoints in complex environments.

Without a doubt, Ash and her team are very professional combat personnel. Rhodes Island Operators can learn a lot from many of their combat techniques, and hopefully there will be more in-depth communications in future collaborations.

Talent: After deployment, immediately throw a flashbang at an enemy within Attack Range, Stunning the target and nearby enemies for several seconds

Skill 2: After skill activation, immediately activate Talent 1. Reduce Attack Interval and increase ATK against stunned enemies. Ash has a set number of ammunition. When all ammunition is consumed, the skill will end (can end the skill manually at any time)

Ash will be the third 6★ Anti-Air Sniper, and has a kit that can provide both crowd-control and damage.  Her Talent provides an on-demand Stun on deploy, and is also re-trigged by S2 activation along with increasing her ASPD to rapid fire and increasing her damage against Stunned targets.  S2 seems to be a great control-and-burst option, and it would synergize well with W!

S3 can Push enemies in her line of fire, making her the first Sniper with a Shift ability, and based on the GIF it looks like the push has a Splash AoE type radius and decent Force level.  It also deals extra damage to enemies on ranged grids if the shot is detonated on a melee grid.  It does come with a drawback of only being usable twice per deployment, though, so it is a Skill that would need to be used strategically.

S1 is her consistent set-and-forget Skill, that has infinite duration, and once it activates gives her increased ATK and deals multiple hits with each attack.

Push and Splash AoE abilities are both novel within the Archetype, and crowd-control is not extremely common.  To back that up, She has more traditional multi-hit and burst Skills to use in more common settings.  Overall she looks like a very interesting unit and addition to the AA Sniper Archetype! 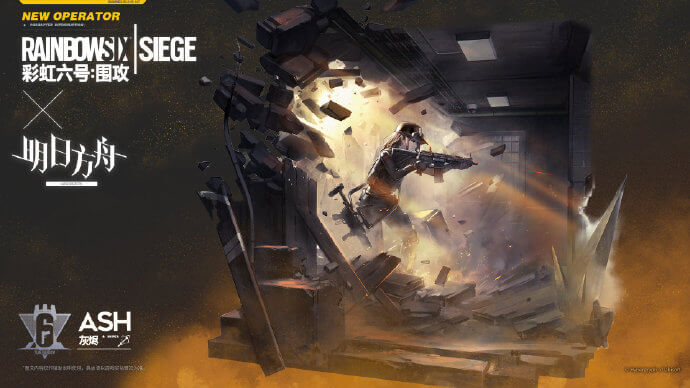 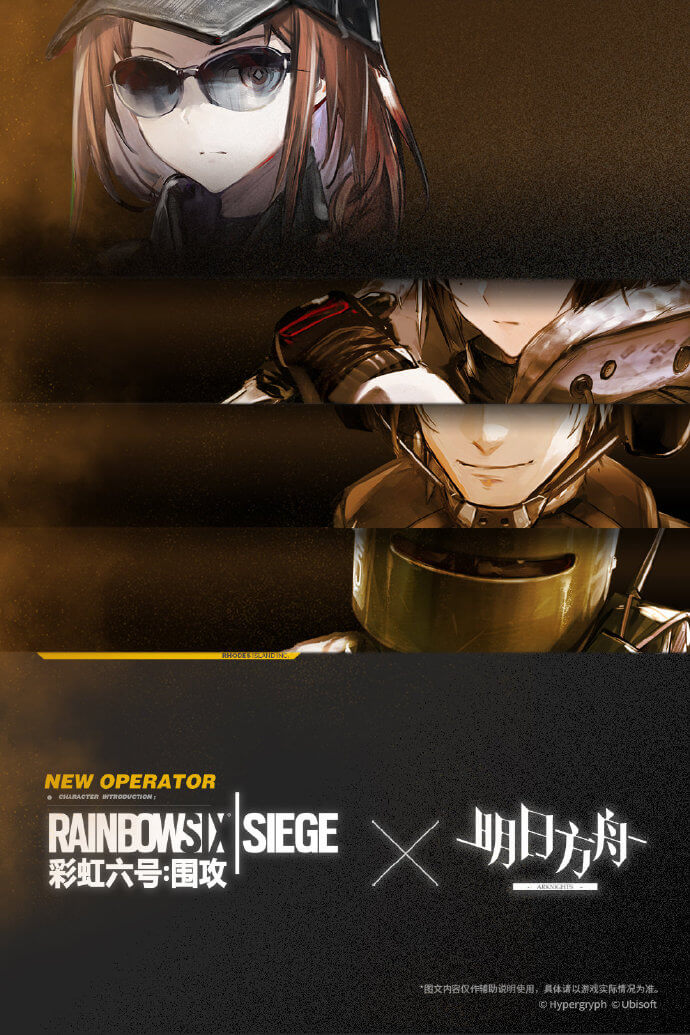