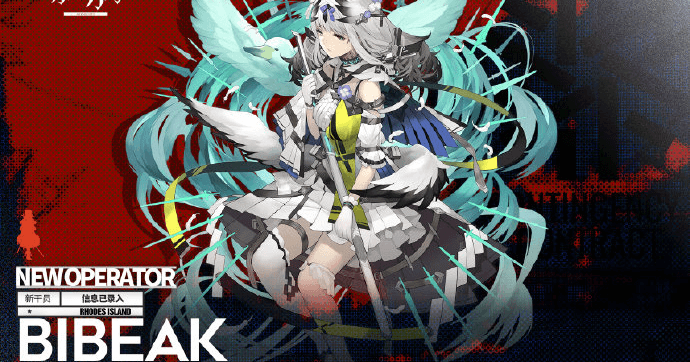 A new Operator has been announced for Arknights CN!  Bibeak is a 5★ “Ch’en Archetype” (which we will call Dualstrike) Guard of Rhodes Island with cute wings, but a deadly beak!  And the best part: she will be given free to everyone as an Event welfare Operator!  Here is her info: 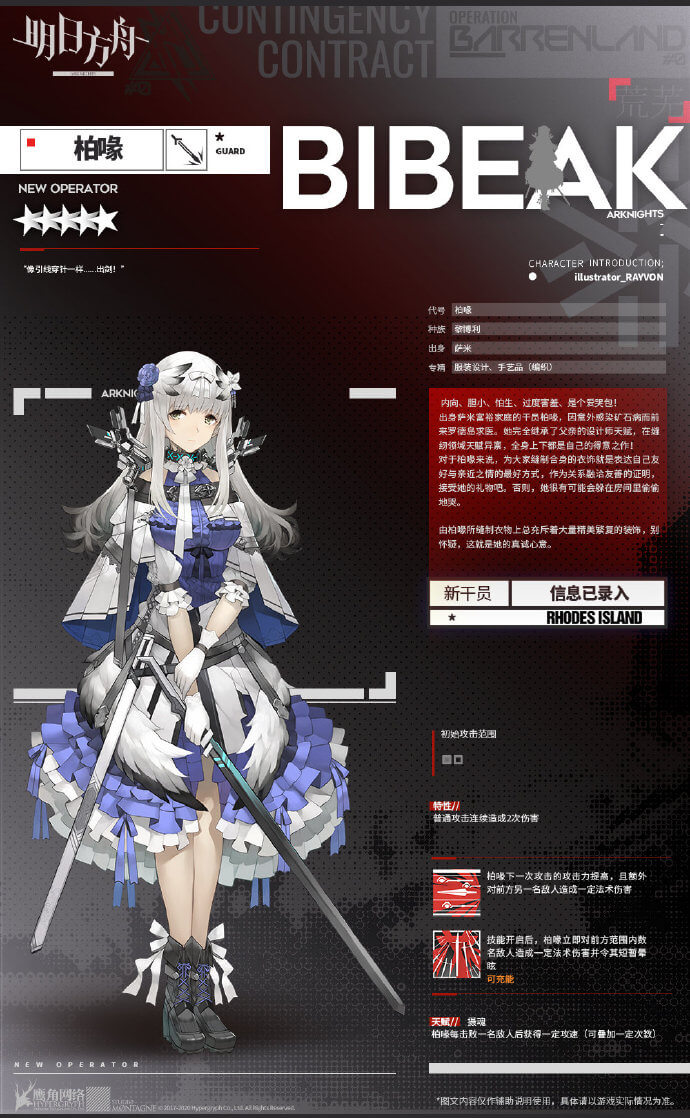 Operator Quote: "Like a needle through a thread, En Garde!”

Talent: Gain a certain amount of attack speed after killing an enemy (can be stacked to a certain number).

Skill 1: Increase the Attack power of the next attack. Additionally, deal a certain amount of Arts damage to another target ahead of self.

Skill 2: Deal a certain amount of Arts damage to multiple targets ahead of self and stun them for a short duration. Can gain charges.

Initial thoughts: Bibeak will be the first Operator of the Dualstrike Archetype other than Ch’en.  Alongside the recently announced Utage, it seems Hypergryph is adding new Operators with abilities that were once held only by unique units.  Bibeaks Trait is the same as Ch’ens, and will likely be balanced with a similar drawback: lower raw ATK.  The wording of Skill 1 is rather vague, so we will have to wait and see exactly how it works before we can say much more about it.  Both Skill 1 and Skill 2 add Arts damage to the Skillset, which is a nice addition, as it can make up for some of the weaknesses this type of Operator has against high Defense enemies because of the low raw ATK.  Skill 2's Stun will add a welcome CC/delay effect.  Her Talent seems a bit tricky. Needing the killing blow means it will be difficult for her to activate the Talent and stack the buff if she is not solo dps. Along with the AoE damage of S2, there is a potential for burst stacking, but because S2 has a stun component, it seems likely that the Attack Modifier will not be very large. 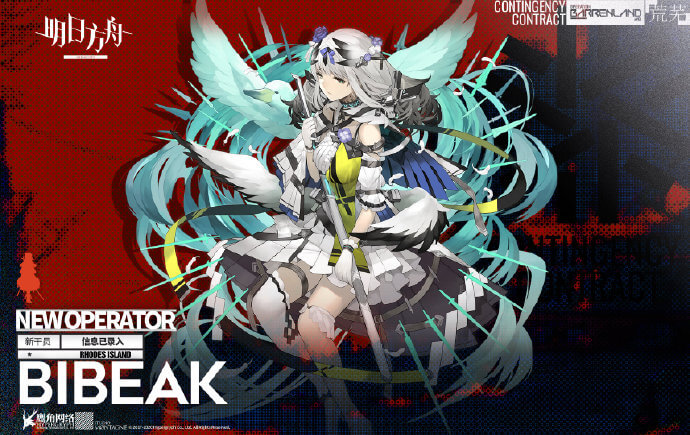