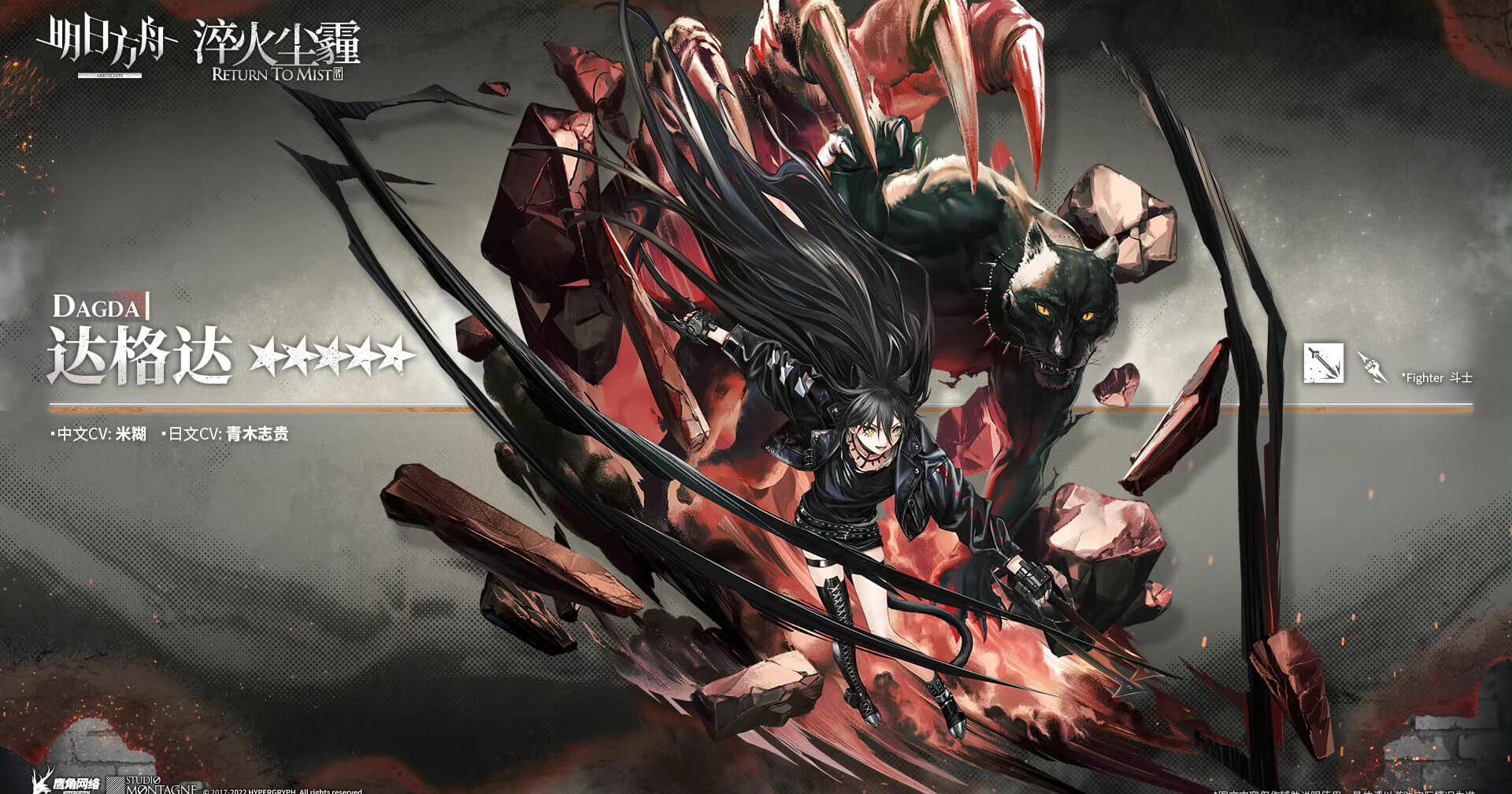 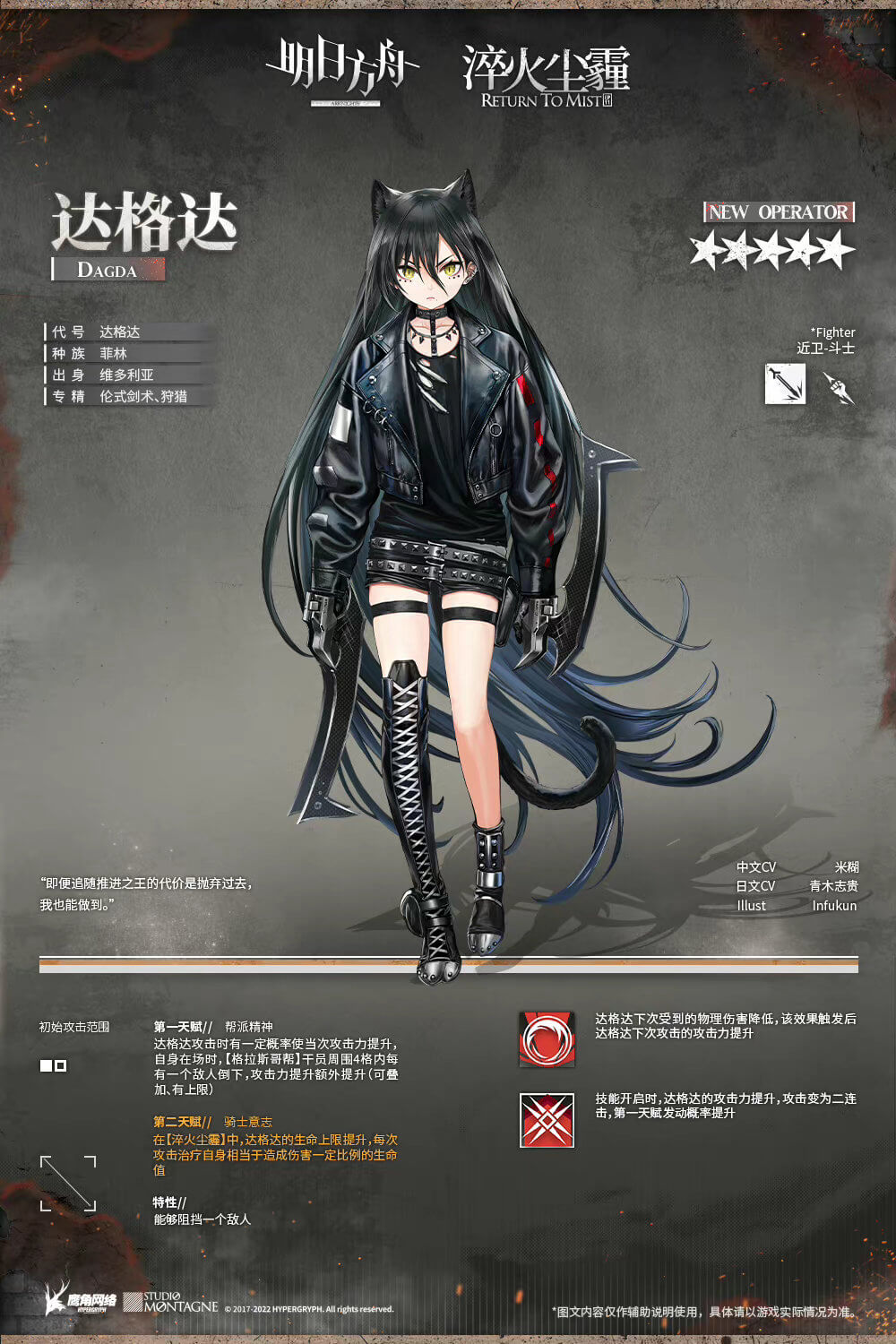 "Isabelle Montague, Knight of the Tower, sends her regards on behalf of Siege and our little alliance. I don't dress like a knight? But, you can't judge a book by its cover!"

When she first came to Rhode Island, Dagda was hesitant to sign an agreement to become a cooperative cadre. In her mind, as a tower knight, she had long vowed to devote her life to Victoria.

Even with the encouragement of her Glasgow Gang mates, Dagda accepted her status as a Rhode Island cadre member, she was still reluctant to accept the rest of the pay beyond the basic material security.

"You have reached out to Siege in distress and supported her all the way back to Lentinium. That is reason enough for me to offer my strength."

Until Dagda changed her mind, her pay card had to be deposited in the personnel department. Considering all the dangerous missions she had completed for Rhode Island within the past few years, the numbers on the card were already quite substantial.

Talent: Attacks have a chance to increase the ATK of the current attack. When deployed, further increase the ATK increase whenever an enemy is defeated in the 4 tiles adjacent to [Glasgow Group] operators (can stack up to a certain limit).

Talent 2: In [Return to Mist], increase Max HP and every attack recovers HP equal to a certain percentage of the damage dealt

Skill 1: Reduce the damage taken from the next Physical attack. After this effect activates, increase the ATK of the next attack 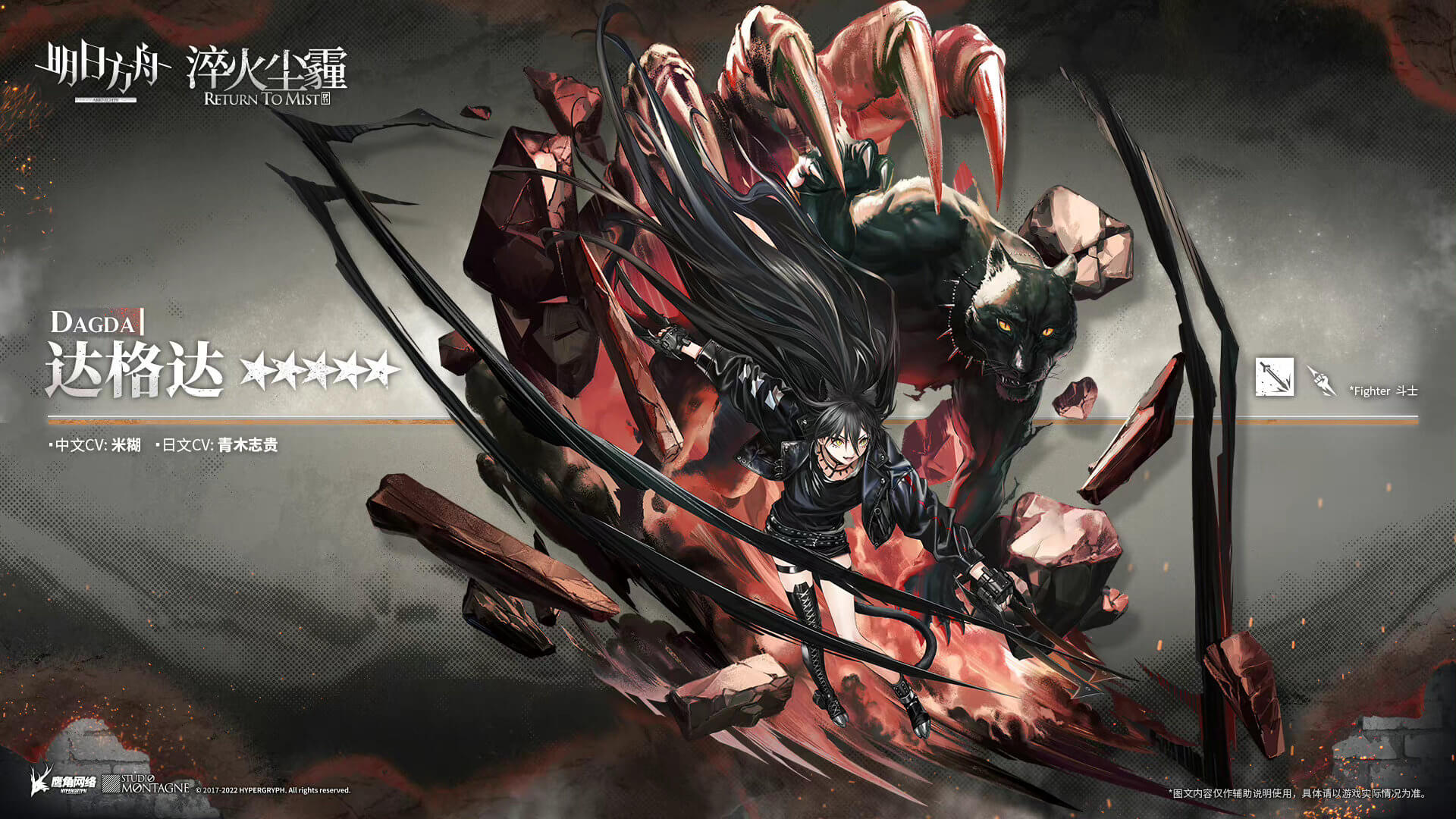