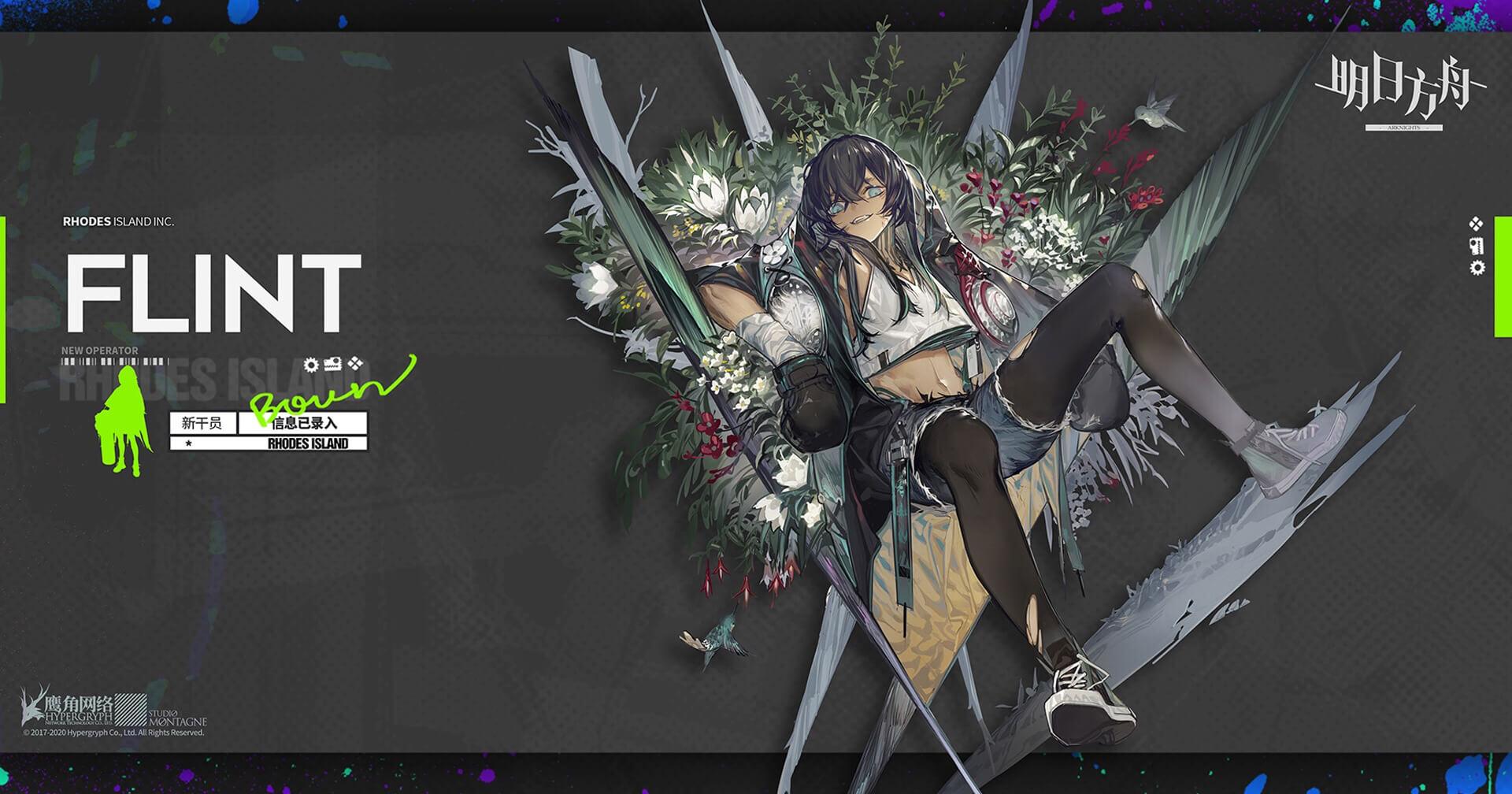 Her Enemies Face is the Steel 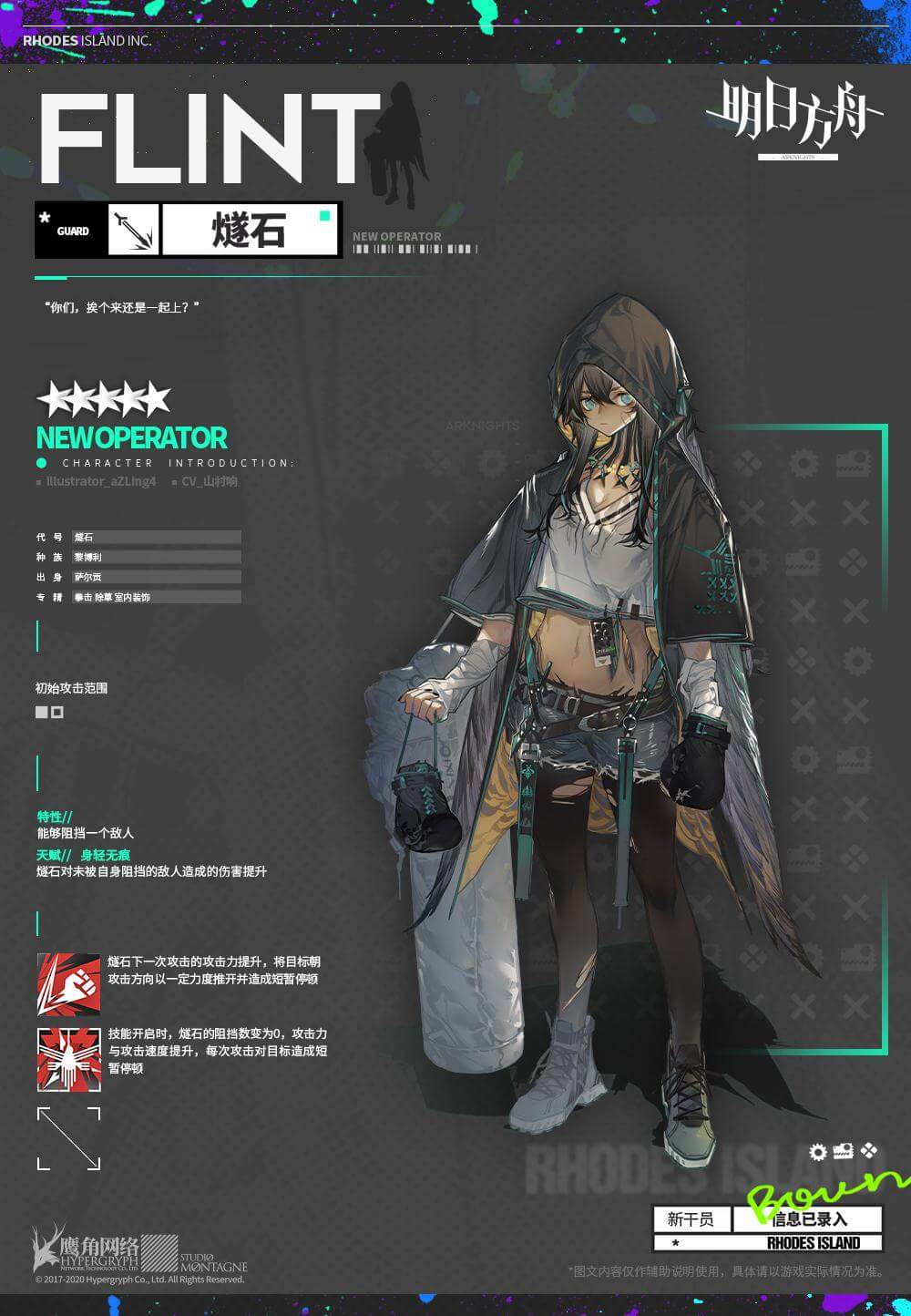 Quote: "You, are you coming one by one or together?"

"We meet again. I'm the tallest and strongest warrior in my tribe, Flint. I heard you have some very strong folks here? Very good, I'll challenge them one by one. Ah right, do you know where I can find big boss Blaze?”

Operator Flint, a tribal warrior from the Sargon rainforest area. After she was defeated by one of our elite operators, she stubbornly followed them to Rhodes Island.

A regular at the training grounds and the medical bay. On the third day of her arrival at Rhodes Island, she was classified as a target requiring high attention by the medical department due to fights with other operators. However, wounds cannot extinguish the flames inside a warrior's heart. What Flint considered was only to challenge the strong, and train herself to become stronger.

Simple, honest, and pure, this is what a strong Sargon tribal warrior is.

For warriors like her, the medical department announced after a discussion that, if operator Flint still doesn't change her ways and get herself hurt, they will consider "transferring her to Gavial's personal patient, and have Gavial take full responsibility of her."

Flint is a 5★ (probably) Brawler Guard with skills that can Slow enemies.  She also has minor shift utility, can reduce her own block to 0, and has increased damage against enemies she isn't blocking herself.

Talent: Deal increased damage to enemies not blocked by self

Skill 1: Increase the ATK of the next attack, shift the target towards the attacking direction with a certain force and slow them for a short duration

Skill 2: During skill activation, reduce block count to 0, increase ATK and ASPD. Every attack will slow the target for a short duration

Based on her art and attack animations, it appears that Flint will be a Brawler Guard, though we will have to wait until full details are released for her archetypes to be confirmed, since "blocks 1 enemy" is a trait that is shared with Duelist Guards.  If so, she will join Beehunter and the ever elusive Indra in this rather low-population archetype that is characterized by extremely fast attack speeds.

Her kit is primarily focused on crowd control, and she will  join the ranks of  Melee Operators that can apply Slow.  Her S2 provides the interesting option of being able to drop her Block Count to 0, thus allowing her to survive (a common issue for her Brawler Guard counterparts), and enabling her Slow and Talent to be effective.  Her Talent also places her to be more of a support DPS than a blocker.  Although it appears the strength will be quite small, she will also be one of the few Operators to have a Shift ability that is not a Specialist.

How effective she is will depend on the exact details of her abilities, and historically Brawler Guards have been very replaceable on the battle field, but if nothing else she offers some interesting and unique takes and utilities on this fast-fisted Archetype. 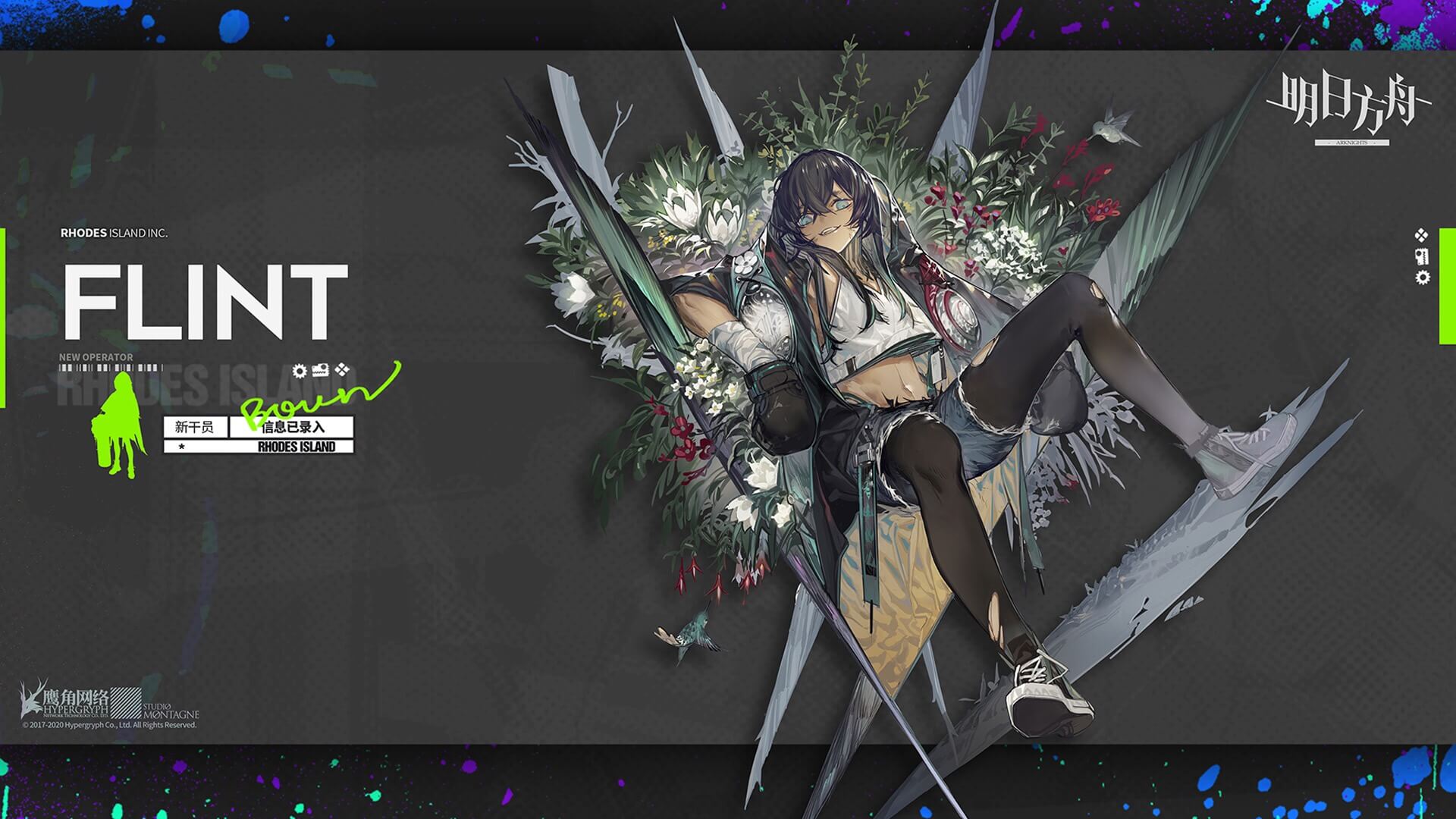