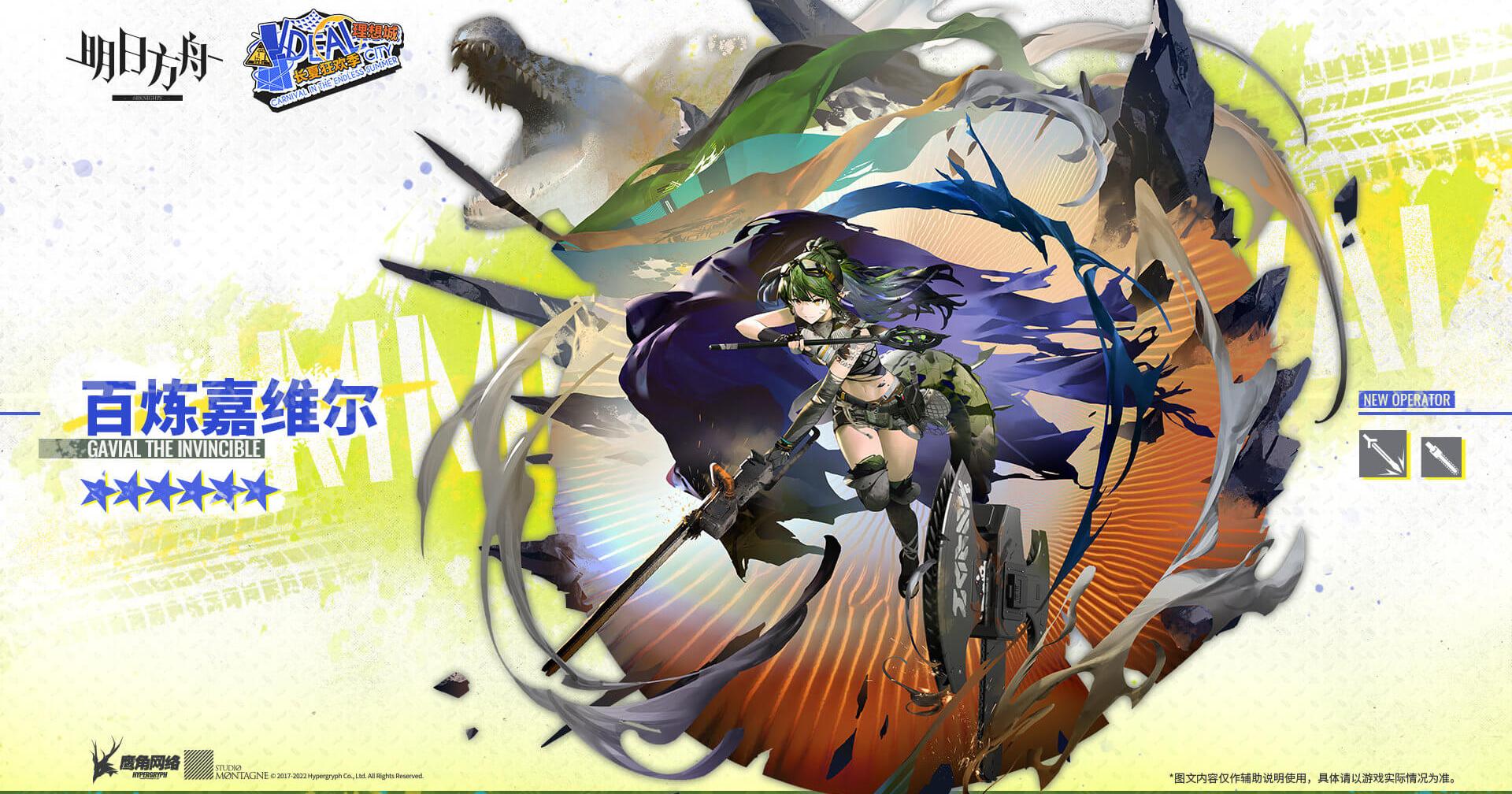 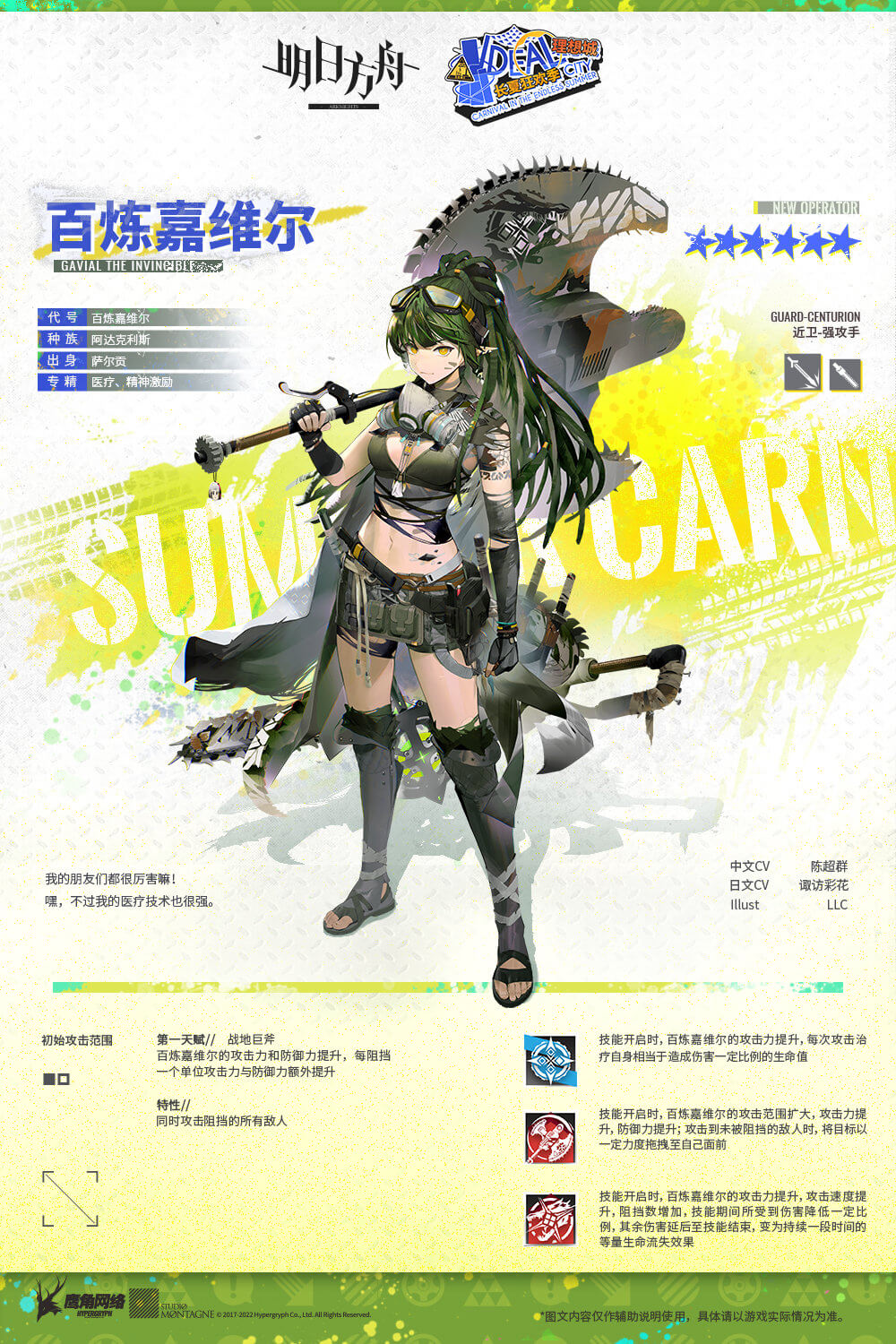 Gavial The Invincible is a Limited Alter 6★ Guard [AoE / Centurion] whose kit is a mix of damage and survivability increases with a splash of shifting.

Skill 1: Increase ATK and every attack heals herself for a certain percentage of the damage dealt

Skill 2:  Expand Attack Range, increase ATK and DEF. When attacking unblocked enemies, drag them towards self with certain force

Skill 3:  Increase ATK, Attack Speed and Block Count. Within the skill duration, Gavial only takes a certain percentage of damage, and the remaining damage taken is converted into an equal amount of HP loss over a certain duration after the skill ends 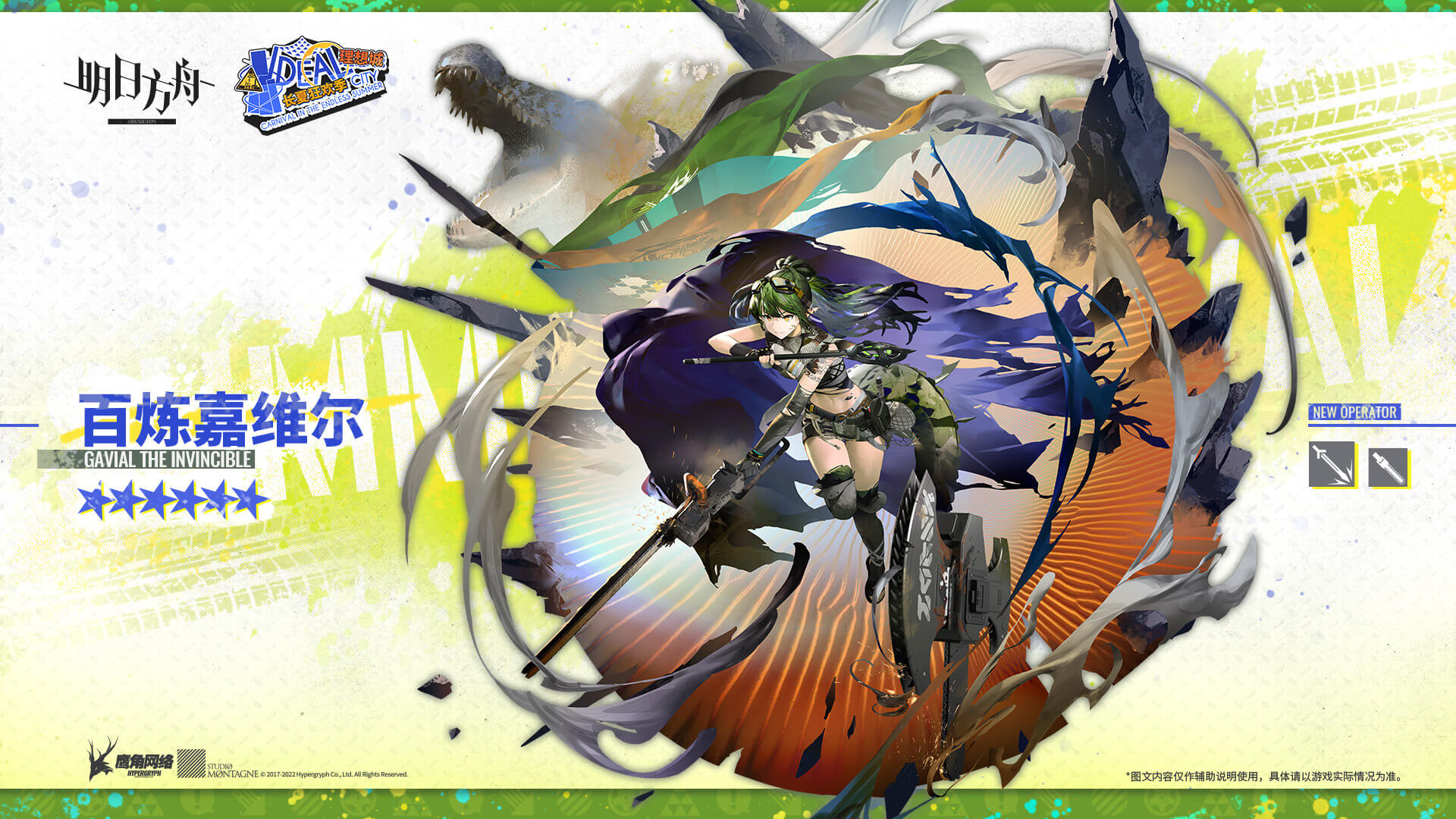