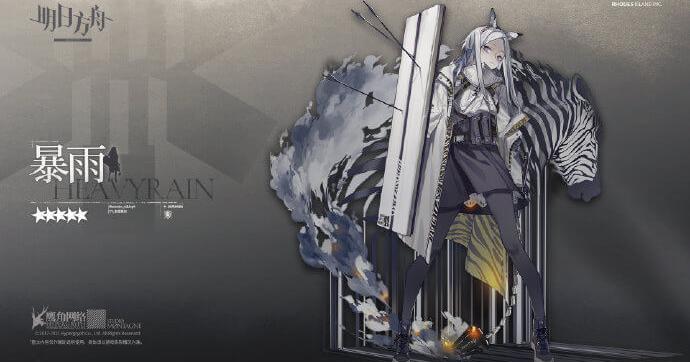 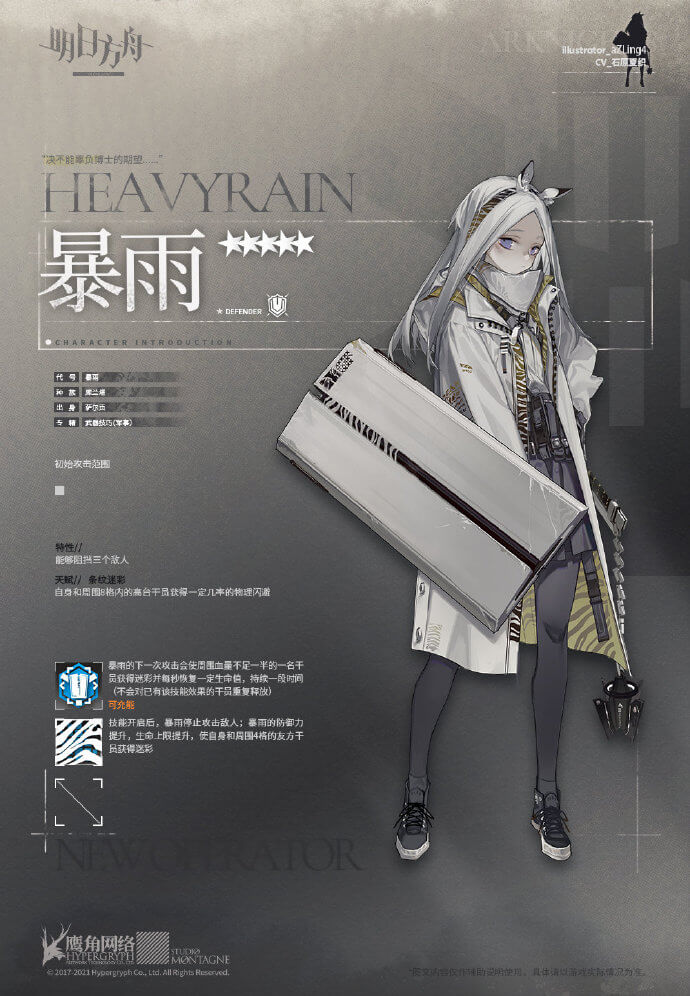 (Seems like, a really kind person, are they really as easy to get along with as Amiya said...) "Ah, uh, sorry, I, I spaced out. Operator callsign, Heavyrain, reporting in."

Former soldier under some Sargon chieftain, she left the military after being betrayed by her comrades, and later joined Rhodes Island.

She's responsible for protecting other Operators on the battlefield, but she can often be seen charging in first on the front lines.

In day-to-day life she's reticent and quiet, and rarely communicates with others on her own accord, but she is not withdrawn. This can be discovered upon talking to her.

"She's just not good at expressing herself."

This is majority opinion about her, and an apt one at that.

[Heavyrain] is a 5★ Normal Defender that can heal and Camouflage allies.

Talent: Self and allies within the surrounding 8 tiles gain a certain amount of physical Dodge

Skill 1: The next attack will target a nearby ally with less than half HP, granting them Camouflage and HP regen per second for a certain duration (will not cast on allies already under the same effect) Can hold charges.

Skill 2: During skill activation, Heavyrain stops attacking enemies. Increase DEF, Max HP and grant Camouflage to self and allies in the adjacent 4 tiles

Heavyrain is the first Normal Defender that can heal other Operators (with her S1), but where she makes her mark is in providing the [Camouflage] buff to allies.  A [Camouflaged] operator will not be targeted by ranged Operators but can still receive splash damage.  Her S1 grants the buff to a single ally at a time, where S2 grants it to herself and the allies surrounding her.  She will be the first Operator that can apply the status effect to an Operator other than herself, allowing her to protect allies from ranged attacks. Who hasn't helplessly watched a non-tank unit get gunned down by an enemy sniper or caster?  Heavyrain might provide an answer. 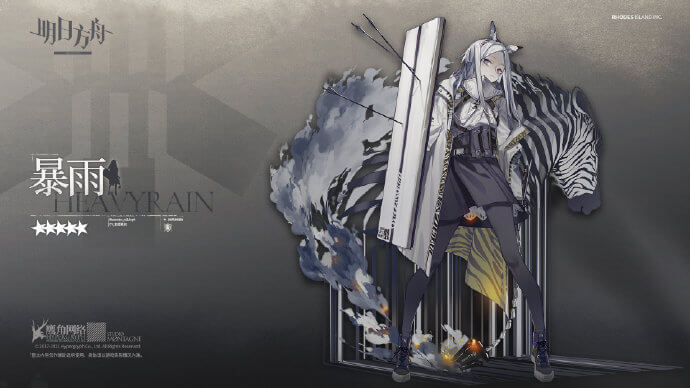