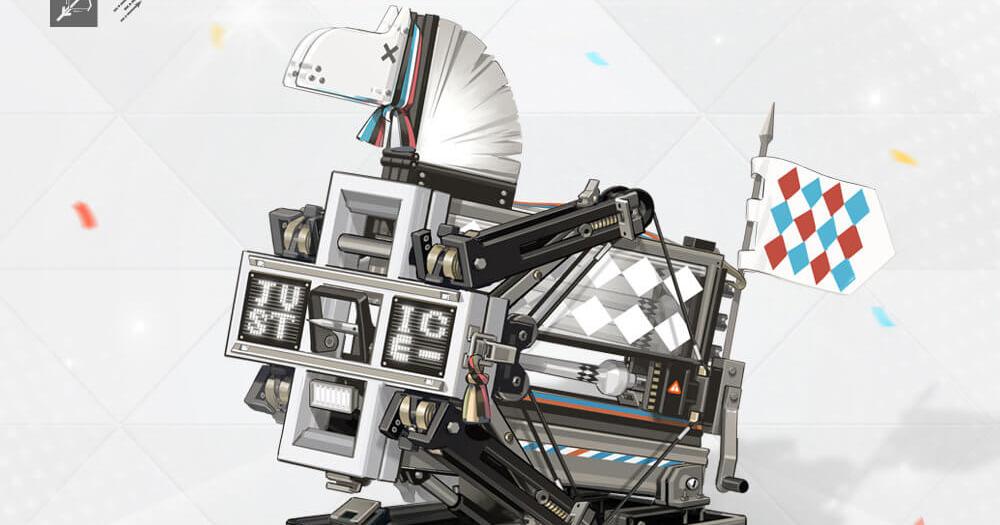 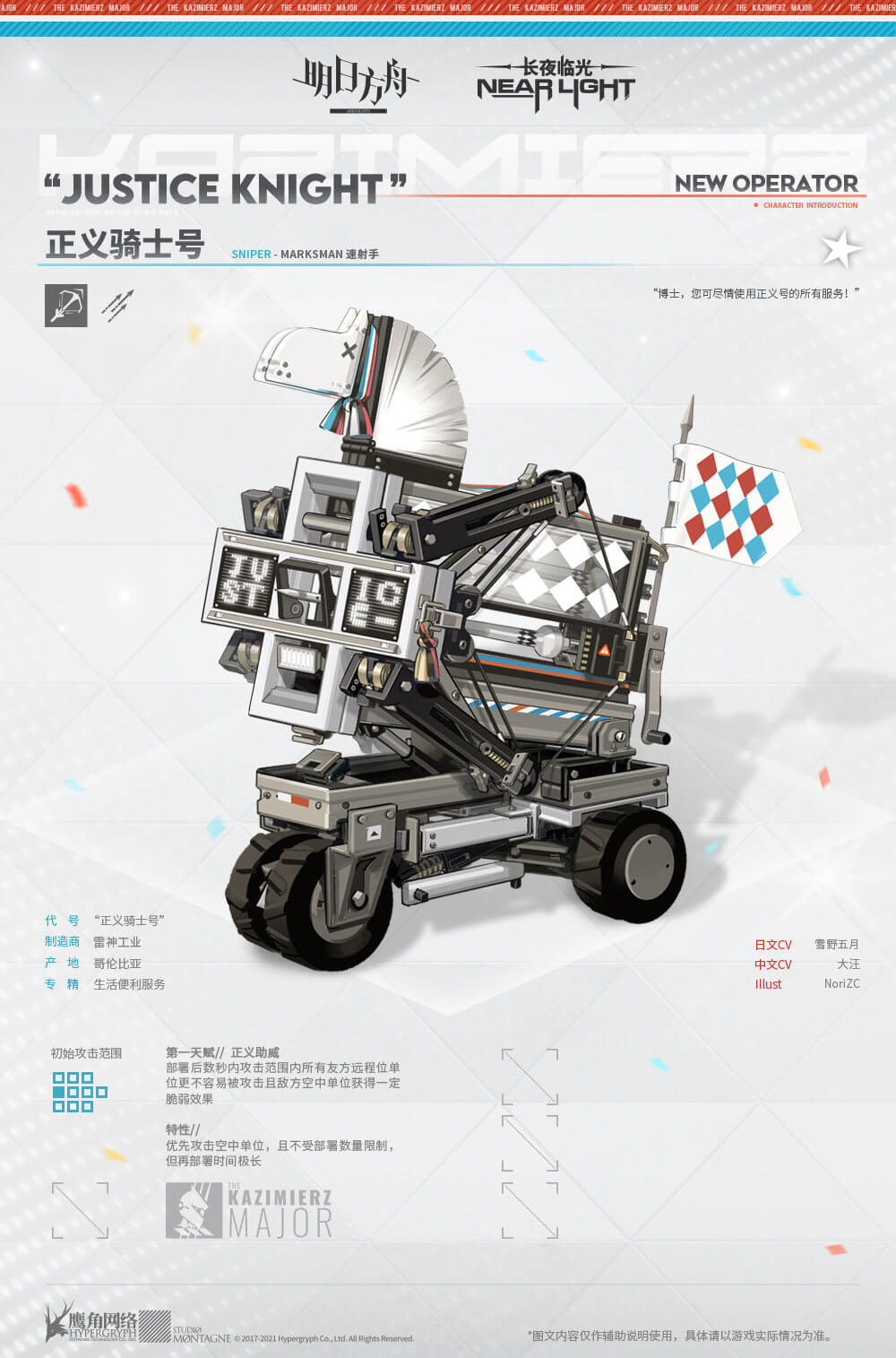 "What was the state of your system right before you were shut off?" "Beep beep... This is a question that Justice can't give an accurate answer to. How did the other operation platform models respond?"

"They... They woke up directly next to me. Now that I think of it, I haven't seen a situation like yours with the system placed back into commission after an update."

"Regrettably, Justice cannot read it's solid state data. But in the undeleted cache, Justice did experience a fluctuation different from the initial state."

Justice Knight is a 1★ Robot Marksman Sniper (former Archetype name is Anti-Air) that reduces the aggro level of allies, and applies the Fragile effect to enemies.

Trait: Attacks aerial enemies first  and ignores the Deployment Limit, but has a long Redeployment Time

Talent 1: For several seconds after deployment, all ranged allies within Attack Range are less likely to be attacked whereas aerial enemies receive a certain level of Fragile effect

Another new Robot to add to Chiave's robot army!  Justice Knight will be the first robot with a ranged attack, and shares the Trait of the other robots: not counting toward the Deploy Limit and having an increased re-deploy time.

The Talent effects seem to be the most useful and easily usable of any robot we've had so far.  The decreased aggro level of allies in her range could be great for protecting units that need to be deployed later than would otherwise be desired (because of high DP costs, for example).  It isn't 100% clear to me whether the aggro reduction applies to the unit itself, and that could be a factor in its usability.

The Fragile effect is also welcome, as buffs and debuffs are playing more and more of a role in tougher content as enemies get better at mitigating damage.  It seems pretty likely that the effect will be weaker than other higher rarity Operators that provide it, and the effect doesn't stack, but the fact that Justice Knight doesn't count toward the deploy limit means it might be useful to gain extra coverage.