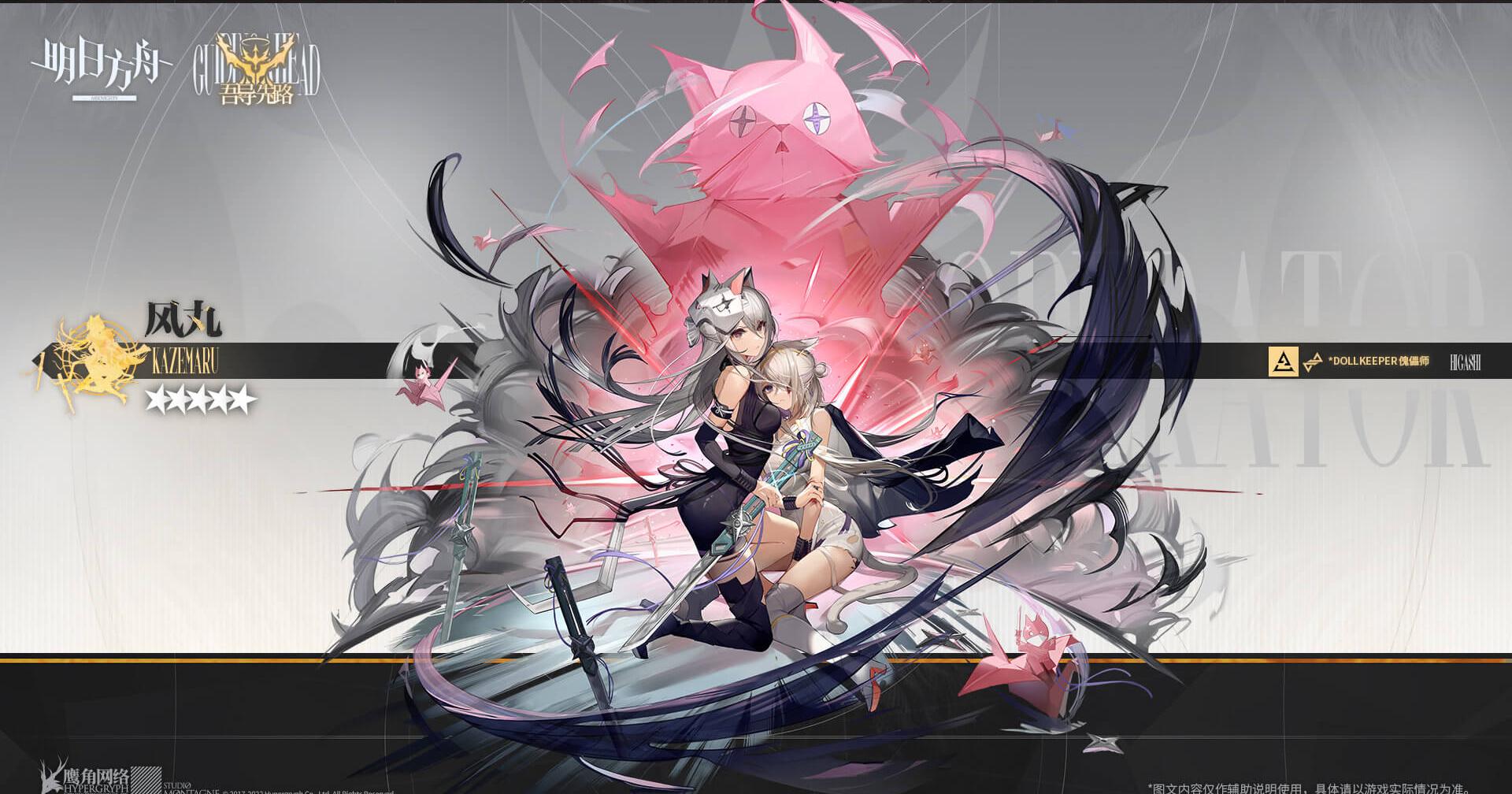 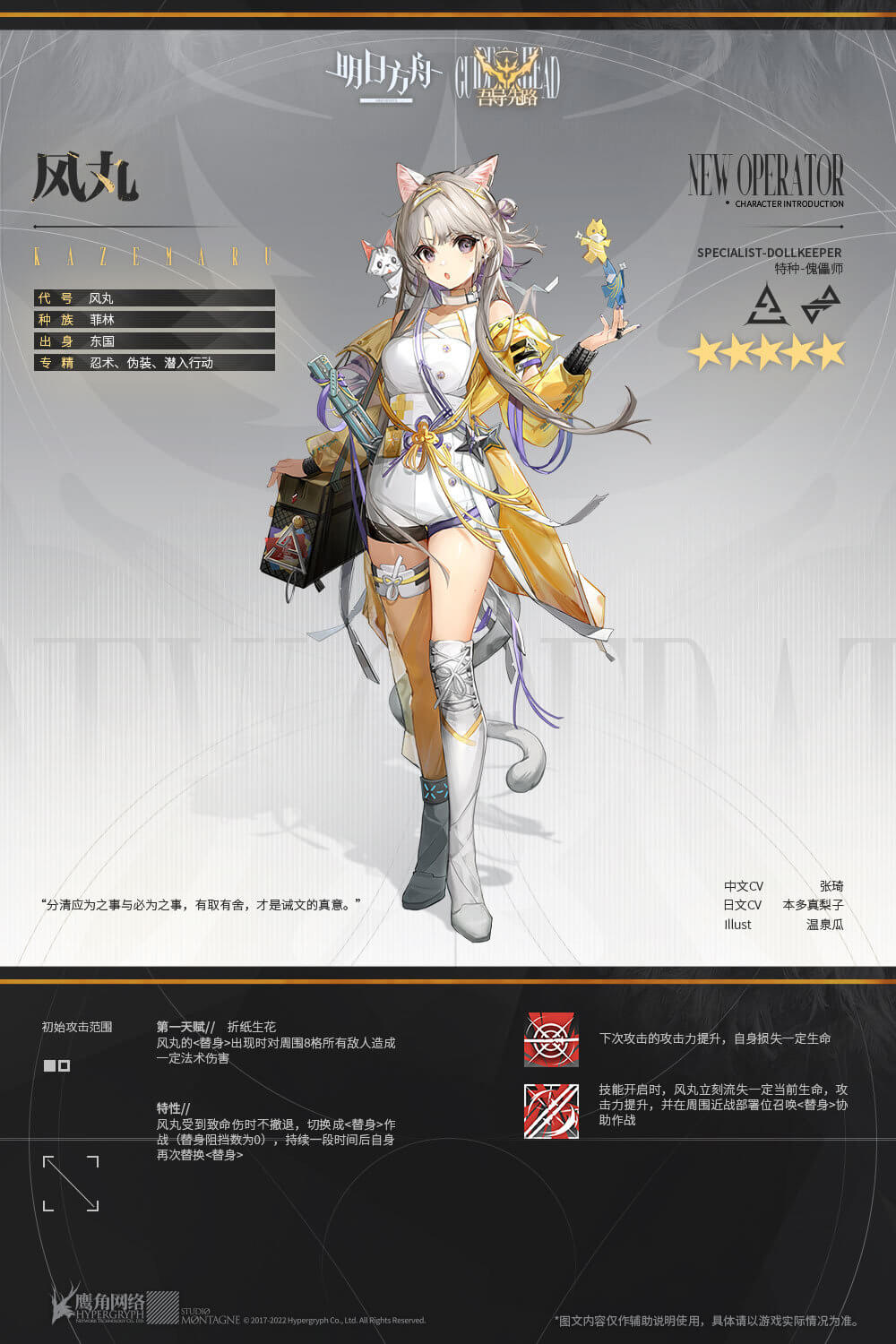 A ninja hailing from Higashi, she possesses extensive experience in subterfuge and assassination. Skilled in using origami body doubles to support herself in her missions, and providing outstanding results in assignments relevant to teh gathering of intel.

"Wha-, wait, you're saying that was Kazemaru? For a second I thought I really had prosopagnosia, this

"To distinguish between what one should and must do, to take and to discard - that is the true meaning of the commandments."

Kazemaru is a 5★ Specialist [Substitute / Dollkeeper] , the second Operator of this Archetype, that can deploy a Substitute on skill activation.

Trait: Does not retreat upon receiving lethal damage, instead swaps to a (Substitute has 0 Block). Swaps back to the original after 20 seconds

Talent 1: When Kazemaru's [Substitute] appears, it deals a certain amount of Arts damage to all enemies in the surrounding 8 tiles

Skill 2: Immediately lose a certain amount of current HP, increase ATK and deploy a [Substitute] in a nearby melee tile

[Kazemaru] will be the second Specialist [Substitute / Dollkeeper] , the first being event welfare Operator Bena.  The Archetype is notable for the unique survivability and flexibility of the substitute mechanic.

Bena has pretty solid DPS with her skills, but it isn't clear if Kazemaru will as well.  Unlike Bena, whose substitute deals Arts damage as the normal attack type, it appears Kazemaru's Substitute will do AoE Arts damage on appearance, but deal physical damage with normal attacks.

S2 seems to be the most unique aspect of Kazemaru's kit, allowing her to deploy a substitute on skill activation.  It will obviously increase her potential DPS, but it could also act as a damage/ability soak, and if the SP costs are low enough, it could essentially act as a fast-redeploy soak that doesn't take up a Deploy Slot. 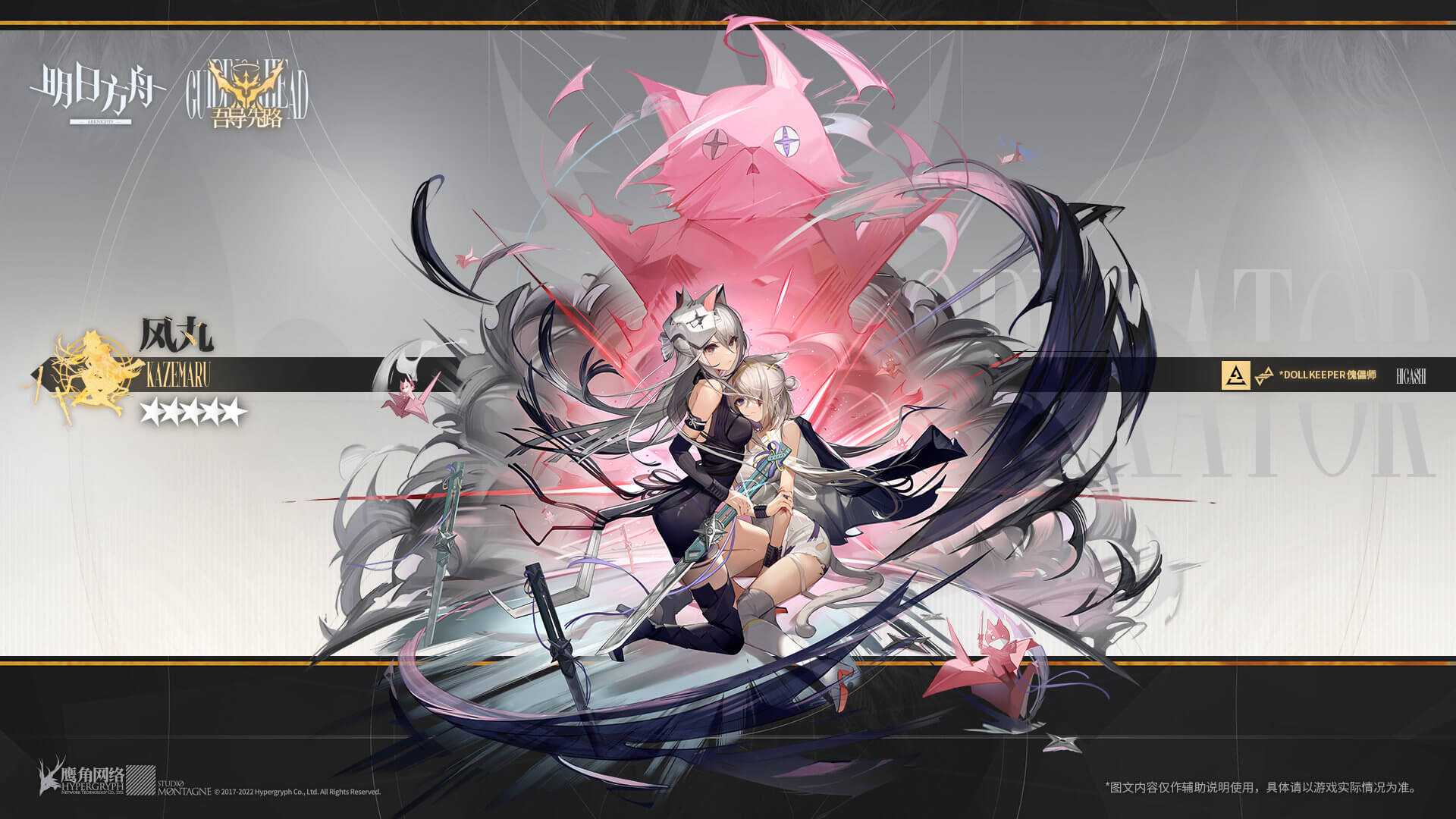