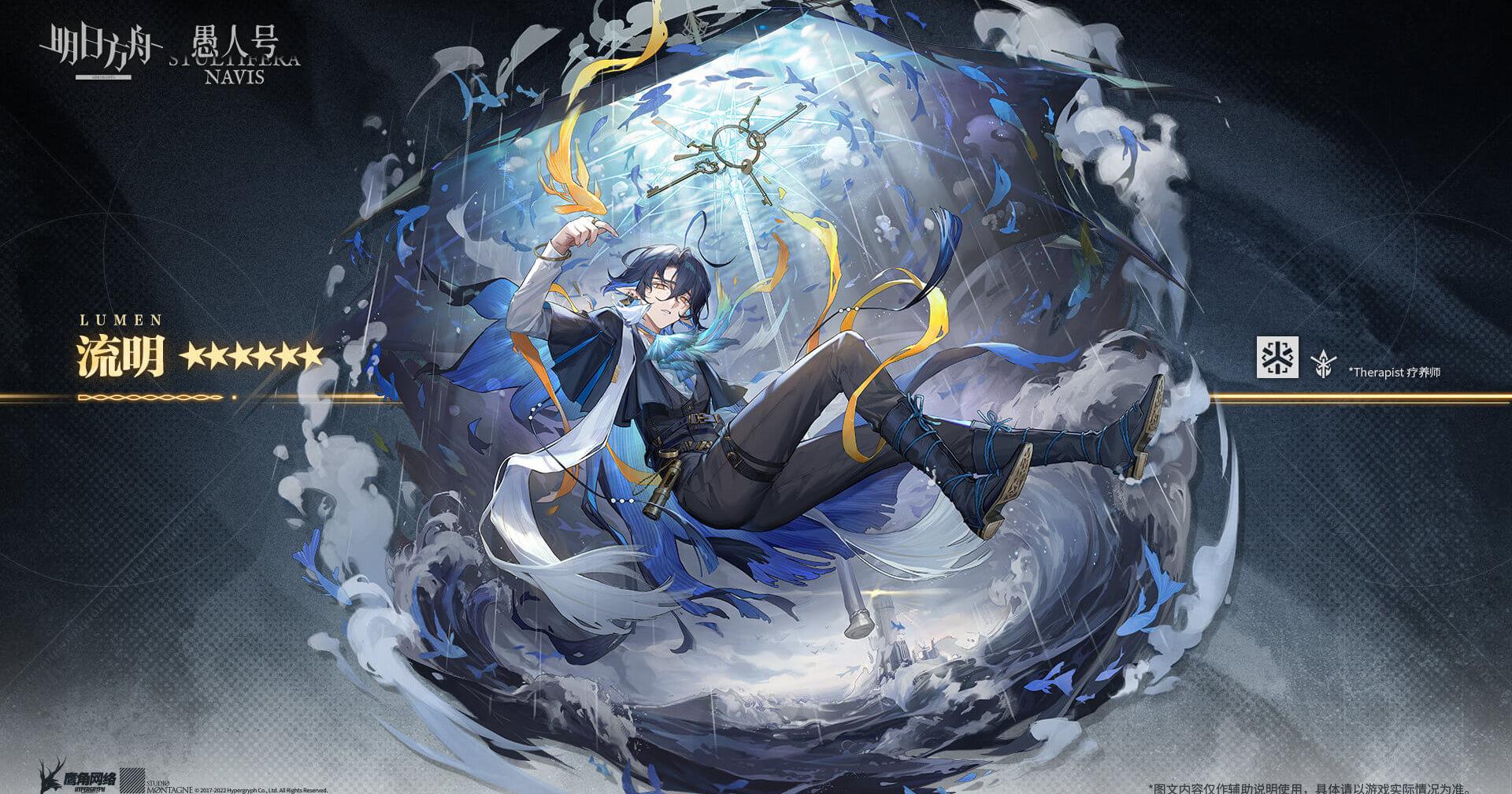 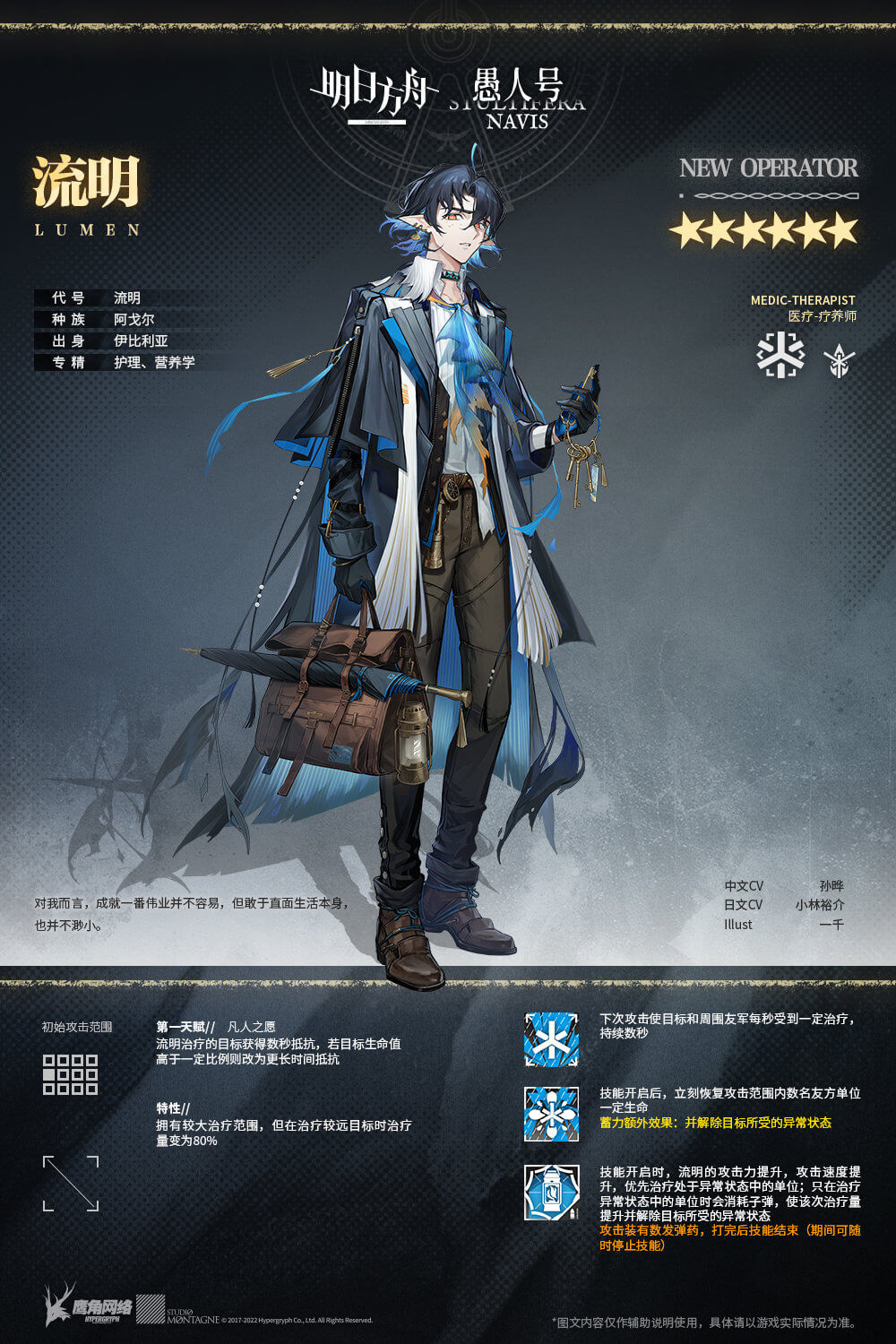 “Are you…the Doctor? Pleased to meet you, my code name is Lumen, from now I will be working as a member of Rhodes Island. Even if the only thing I can do is provide a faint glimmer of light for you, I will do my best.”

“Did you hear? The Inquisition accepted an Aegir!”

“They wouldn’t have harmed all the islanders anyways…”

“No! I meant that the Inquisition let an Aegir join!”

“The cold-blooded Inquisition, let an Aegirian, become one of their members.”

"Ha... If I had the choice, I would wish to remain Granfallo’s chapel attendant."

"So you would prefer the ordinary, huh?"

"No, I just prefer to see the smiles of the elderly and children."

Lumen is a 6★ Medic [Wide Range / Therapist] that specializes in the immediate removal of negative status effects!

Trait: Has a large healing range, but the healing amount on farther targets is reduced to 80%

Talent 2:  When allies within Attack Range are inflicted with an abnormal status, immediately heal the target for a certain amount of HP. This effect has a cooldown.

[Status Resistance]: Reduces duration of abnormal effects such as [Stun], [Cold], [Frozen] by 50% (Does not stack)

Skill 1: The next attack heals the target and nearby allies every second for several seconds.

Charged effect: Additionally remove all abnormal statuses from the targets

With [Lumen], the developer appears to be continuing the trend of offering excellent 6 star welfare Operators with their anniversary events.  Like [Gladiia] from last year, Lumen will be given free with the event, and looks to be a strong gameplay Operator for his niche.  Husbando players will rejoice with the addition of the first 6 Star male medic!

Lumen will be the first 6 Star [Wide Range / Therapist], an archetype that generally focuses their kits around providing the Status Resistance buff.  Lumen is no different here, providing the buff on every heal with his Talent 1, and with an extended duration if the target is above an HP threshold.  This will make him the most consistent source of the buff, as it is likely his extended duration will be longer than any of the others, and Ceylon and Whisperain only provide the buff on Skill Activation.

The Archetype is also notable for increased range at the cost of lower healing output. The (likely) higher base stats from rarity and his skills (especially the potential infinite bump from S3) will also increase his viability as a general-use healer.

The most notable aspect of his kit, however, is the ability to immediately clear existing status effects, which he can do with either S2 or S3.  He will be the first of the Archetype to be able to do this on demand, which represents a potentially powerful tactical tool. 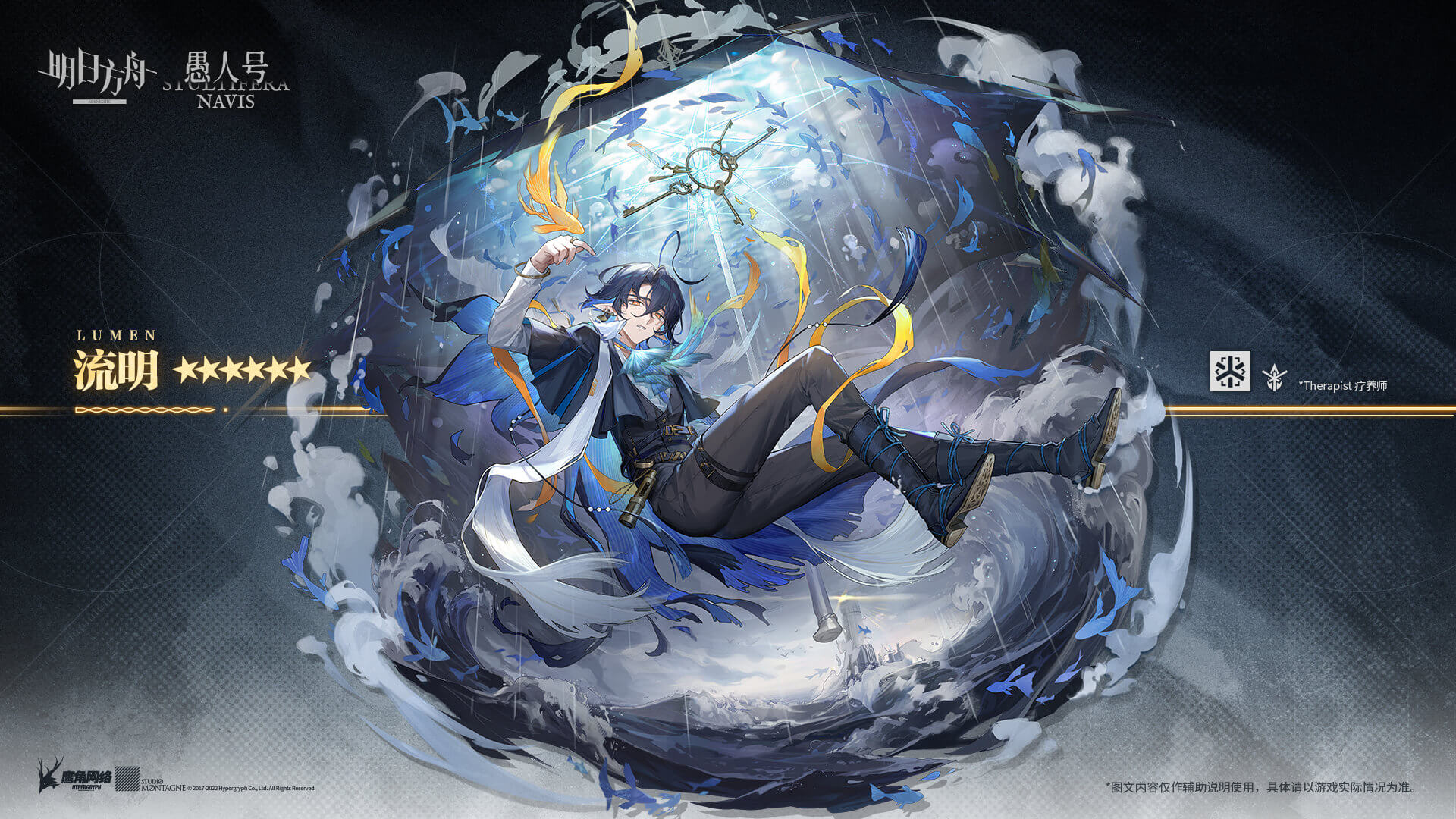