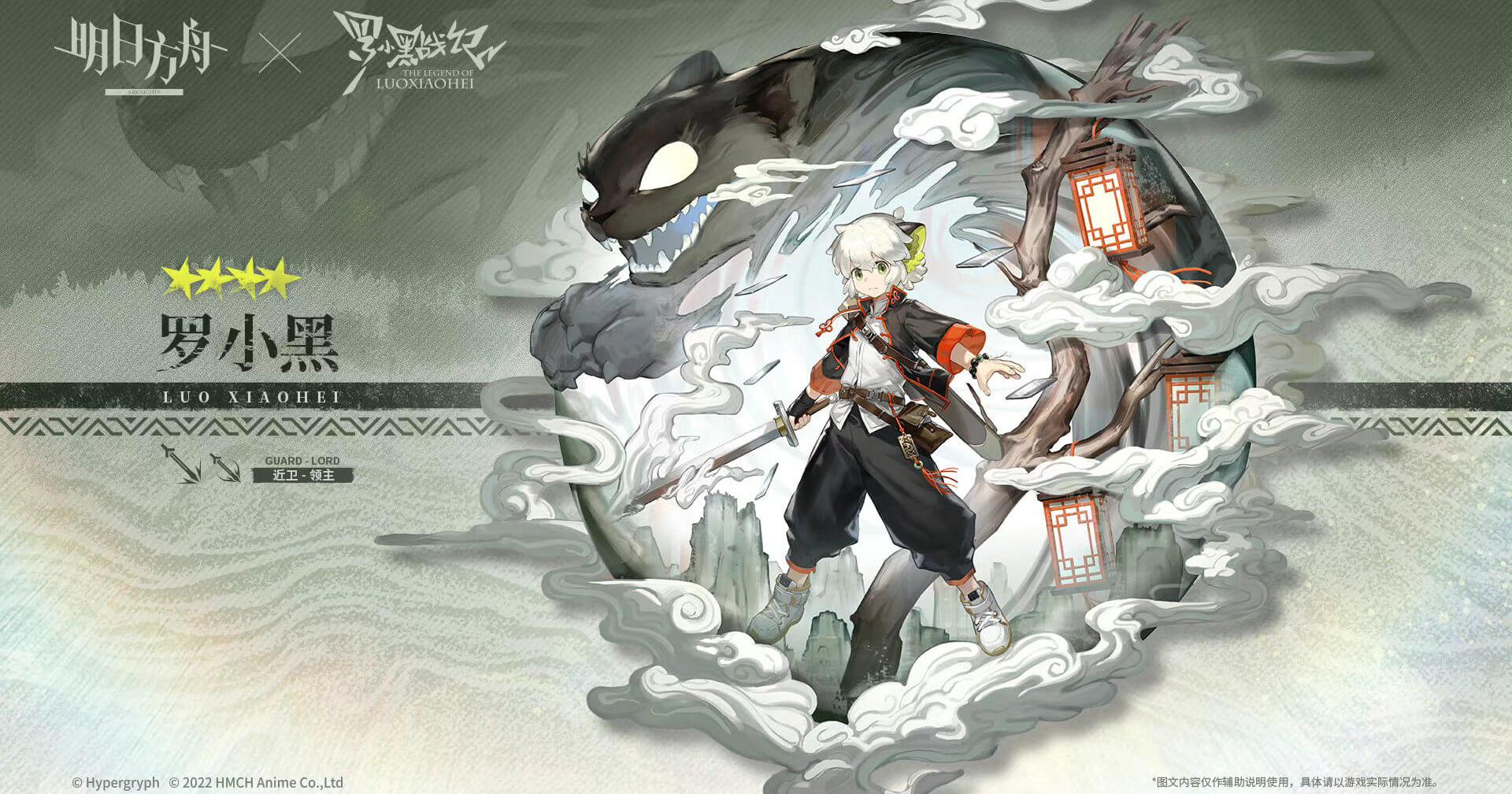 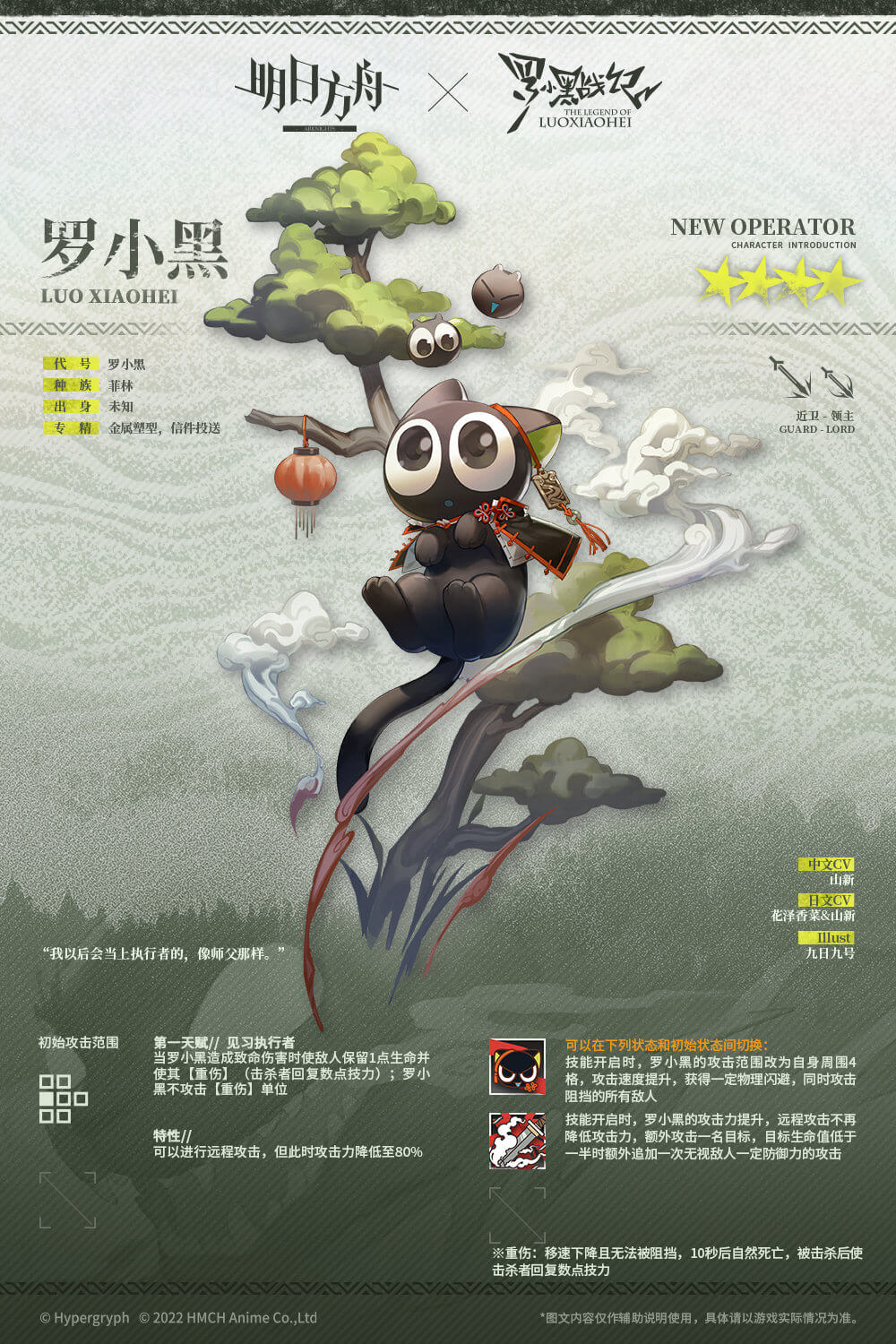 Talent: When dealing lethal damage, leave the enemy with 1 HP and inflict [Critically Wounded] (Reduce movement speed and become unable to be blocked; Will die after 10 seconds; If killed, grant +1 SP to the attacker). Luo Xiaohei will not attack [Critically Wounded] targets

Skill 1: Can switch between the default state and the following state: Attack Range changes to the 4 adjacent tiles, gain some Physical Evasion and attack multiple enemies equal to Block Count.

Skill 2: Increase ATK, ranged attacks no longer reduce ATK, attack additional target. If the target has less than 50% HP, perform an additional attack that ignores a certain percent of DEF. 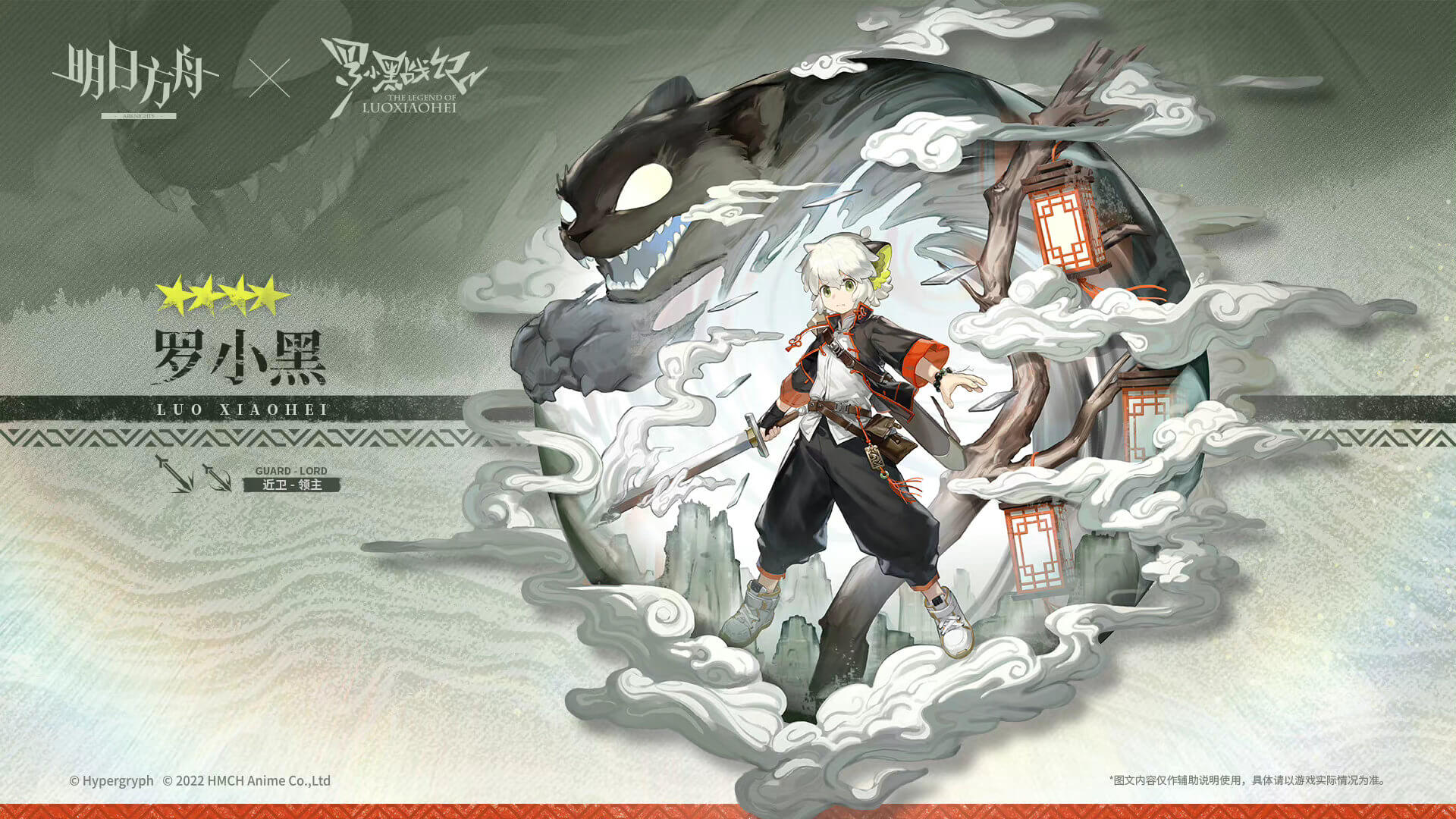