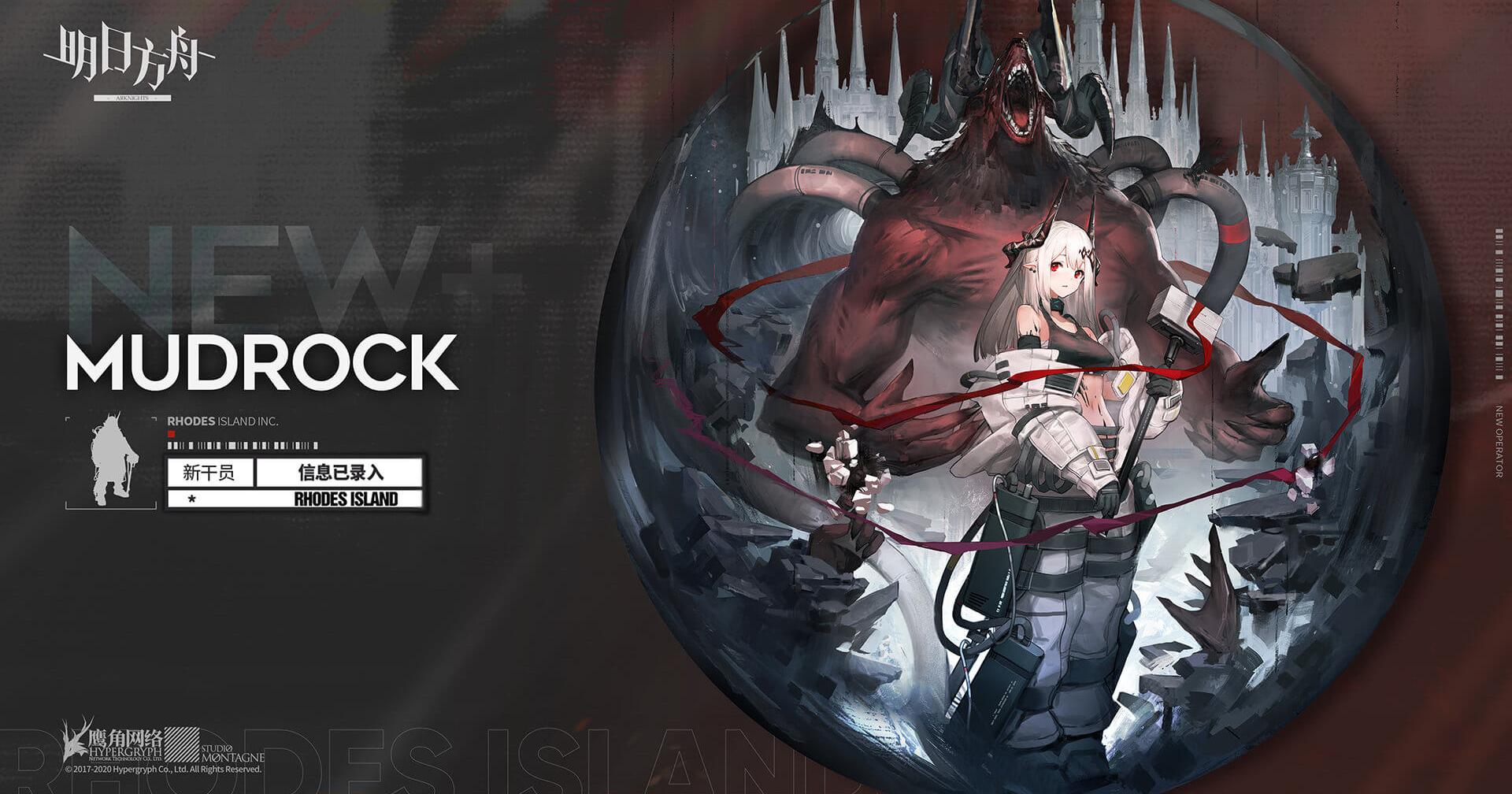 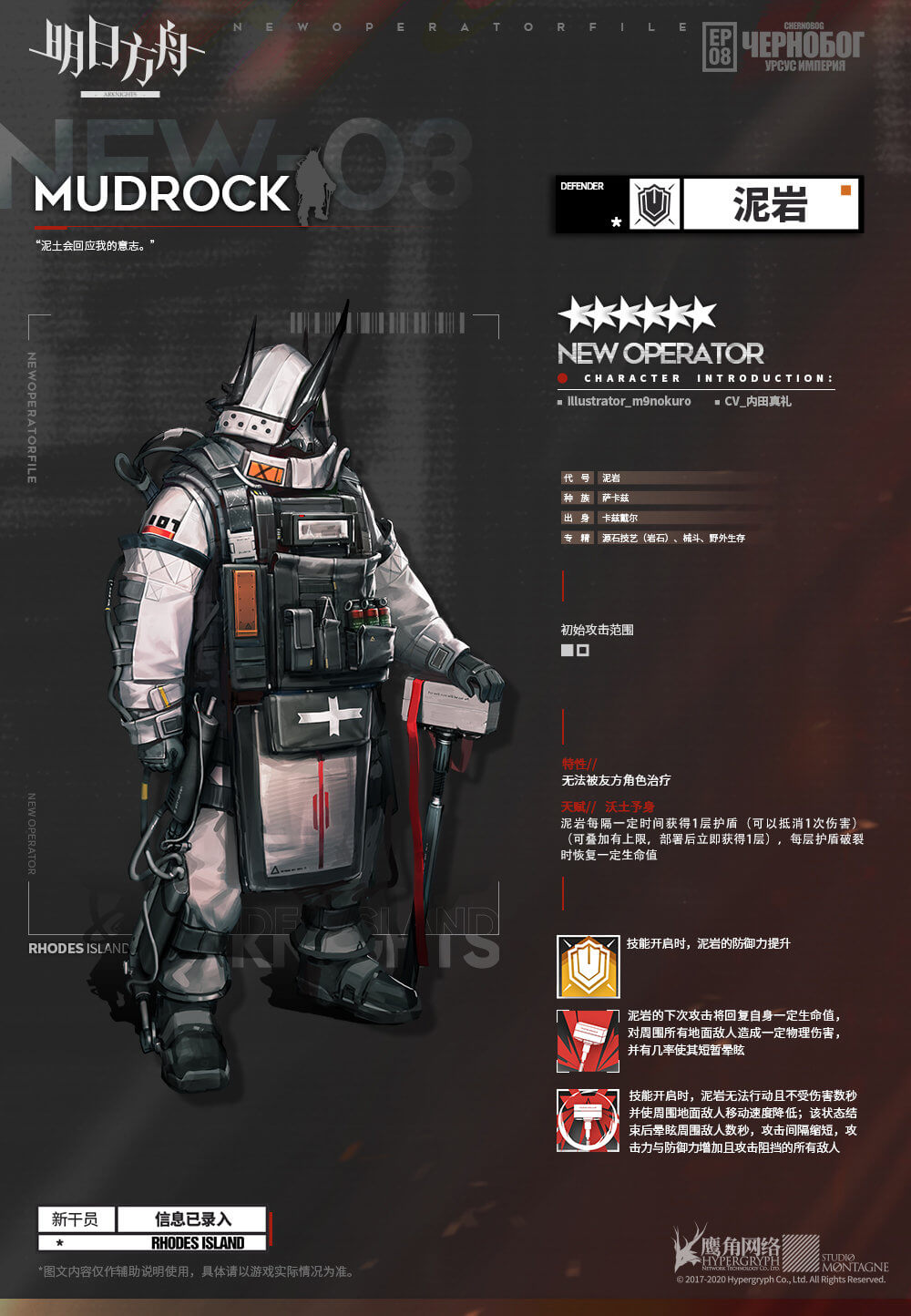 "Sarkaz mercenary... Mudrock. Are you the Doctor? Rhodes Island saved me more than once, now, let me return the favour."

When Logos saved everyone in Mudrock's squad, we saw an infected group who was trying to avoid Leithanien and Kazdel, and looking for a place to stay in the desert between them. And this group was being hunted by a Leithanien Spire noble. Due to certain inhumane Arts experimental purposes, Mudrock and her squad suffered unimaginable torture and harm. In order for the survivors to receive better treatment, a portion of the Sarkaz mercenaries, including Mudrock, decided to abandon their past and join Rhodes Island as collaborators.

It's hard for us to use those morals that stem from sheltered views on Mudrock's squad, and judge them on "whether they're like certain terrible Reunion members". Because from the numerous incidents that they encountered in Leithanien, we saw how Mudrock struggled to escape the swamp of conflict, and the helplessness as she was dragged back again and again. During the human resources temporary conference with Operator Folinic, Operator Suzuran, Operator Grani, and two other elite Operators, we decided to respect this warrior who would give her life for her companions, and will try to establish a trusting relationship with Mudrock's squad.

Mudrock is a 6★ Enmity Defender, which means she cannot be healed by allies.  Her Talent gives her a self-heal ability, and her Skills allow options for defense enhancement, offensive enhancement, and crowd-control.

Trait: Cannot be healed by allies

Talent: Periodically gain 1 Shield (can block 1 instance of damage, has stack limit). When a Shield is used, recover self HP.

Skill 2:  The next attack will recover a certain amount of HP and attack all nearby ground enemies, with a chance to Stun them.

Skill 3:  After skill activation, enter a state of invulnerable + cannot take action for several seconds, and reduce nearby enemies’ Movement Speed during this state. After exiting this state, Stun all nearby enemies. For the remainder of the skill duration, increase ATK and DEF, reduce attack interval, and attack all blocked enemies.

Mudrock will be the second Enmity Defender we've seen in Arknights, with the first being the rare recruit-only Operator Vulcan,  Vulcan has incredibly high stats, but an incredibly high DP Cost to go along with it.  This DP cost plus her inability to be healed makes her a tricky Operator to master and use in a lot of situations, especially the roles often looked for in the Defender Class: blocking, damage mitigation, and survivability.  It will be interesting to see how Mudrock fares in these respects.

Like Vulcan, Mudrock's S1 is defensive focused, and her S2 is offensive.  Mudrock's S3 enhances both ATK and DEF.  Where Mudrock seems to differ the most from her Archetype predecessor is the addition of crowd-control to the kit.  Both S2 and S3 Stun enemies with an attack, and S3 provides Slowing as well.  Not to be underestimated, S3 provides an option of invulnerability, potentially very useful to delay death for an Operator that cannot be directly healed. 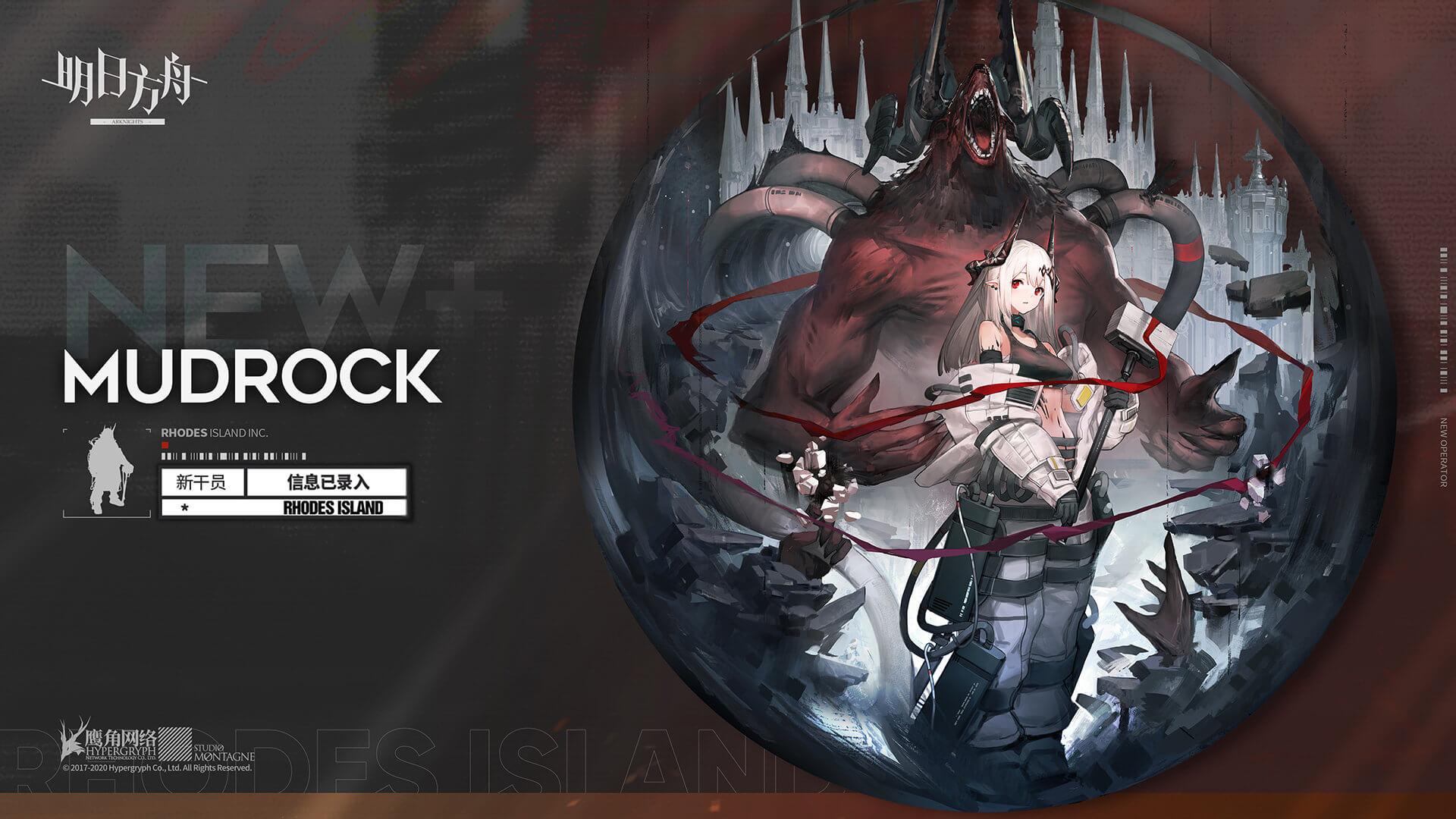