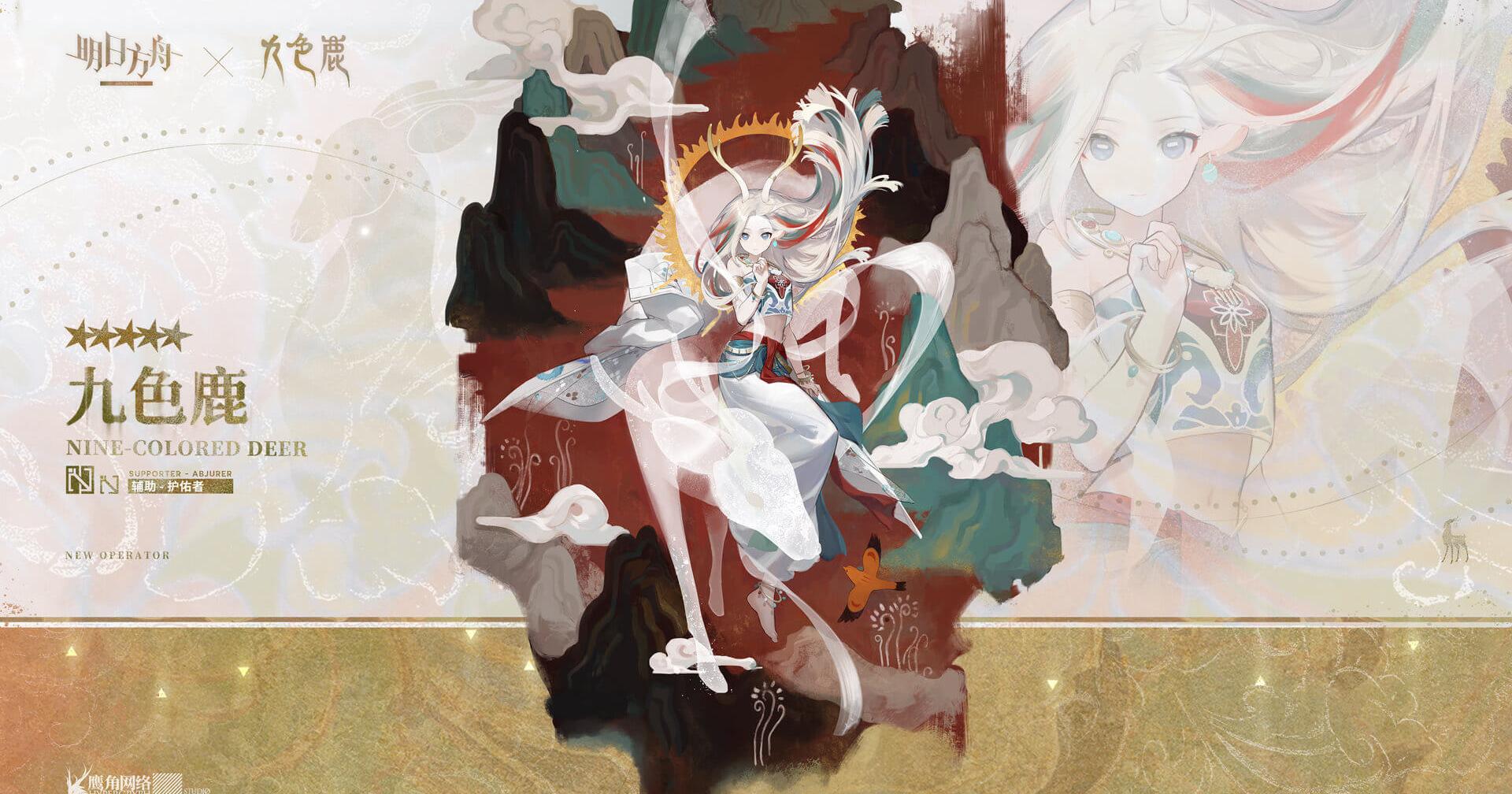 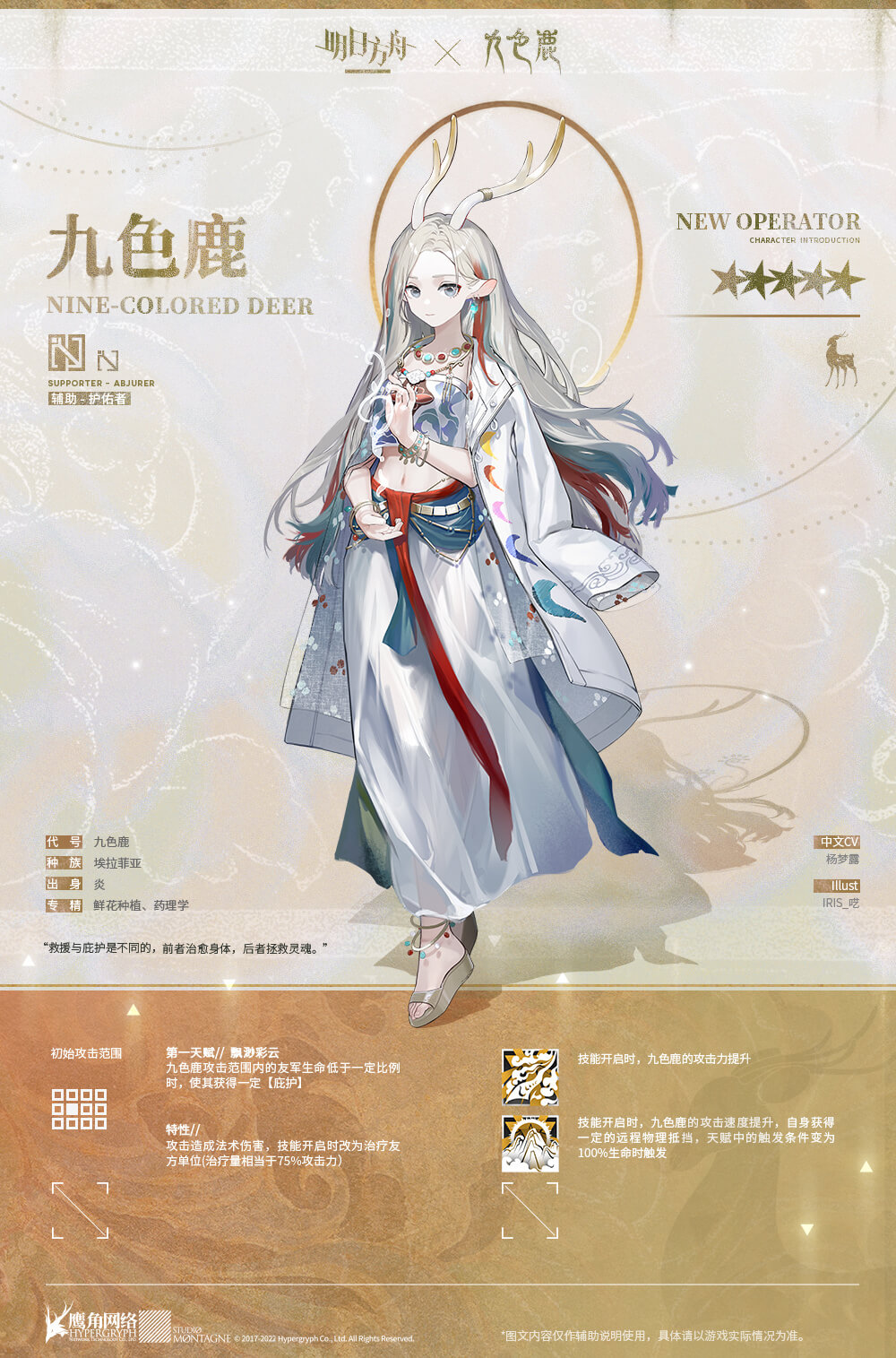 "I believe this is the first time we have met, I am the Nine-Coloured Deer. Hm? This pattern looks pretty on me? Th-thanks... I will be in your care."

Born of Great Yen, and yet enshrouded in Great Yen.

This is the land which she resonates with, and the land she wishes to save.

"What I wish to rebuild is not merely lives, but scattered and broken hopes. Doctor, I shall walk alongside you."

"Relief and shelter are different. The former heals the body, the latter redeems the soul."

CV: 杨梦露 (apparently there is no JP VA)

Nine-Colored Deer is a 5★ Abjurer Supporter (former Archetype name Buffer Supporter) who's Archetype deals Arts Damage normally, switches to healing when a skill is active, and reduces the damage taken by allies using the Shelter buff.  She specializes in increasing her own Physical Dodge and applying her protective buffs at higher HP Thresholds.

Talent 1: Allies within Attack Range gain [Shelter] when under a certain HP percentage

Nine-Colored Deer will be the second Abjurer Supporter added to the game, the first and only being 5★ Tsukinogi. It should be noted that on current global, the Trait of this Archetype is "Deals Arts Damage", but a recent CN Update updated the Archetype by adding "When skill is active, changes to healing allies (heal amount is equal to 75% ATK)."

Tsukinogi is a famously under-tuned and poor performing Operator.  She is widely considered one of the worst Operators in the game for her rarity.  Although the healing-during skill does help the Archetype in better acting in the "buffing ally survivability" role, it doesn't really address their core problem: Challenging content favors offense over Defense, and "mitigating and surviving damage" is almost always an inferior strategy to "killing things faster".  Also, hybrid roles (in this case dealing damage while skills are not active and healing when they are active) also tend to fall off as content gets harder and specialized roles become more effective.  Nine-Colored Deer is going to face these same challenges to her relevancy, and there is really nothing in her kit that implies she can overcome them.

Her S2 does represent an improvement in her role over Tsukinogi in that her Shelter buff will apply to any allies in her range under 100% HP (where Tsukinogi S2 is 60%), and the Physical Block/Resist could represent a physical ranged damage soak option.  The efficacy of this skill will depend a lot on its cycle, uptime and the Block/Resist % (her DEF being rather low means any attacks that get through will likely hurt).

Overall, it seems unlikely that this Operator or Archetype is going to make any impact in the meta or challenging content and will mostly remain in the "for fun use only" category for now. 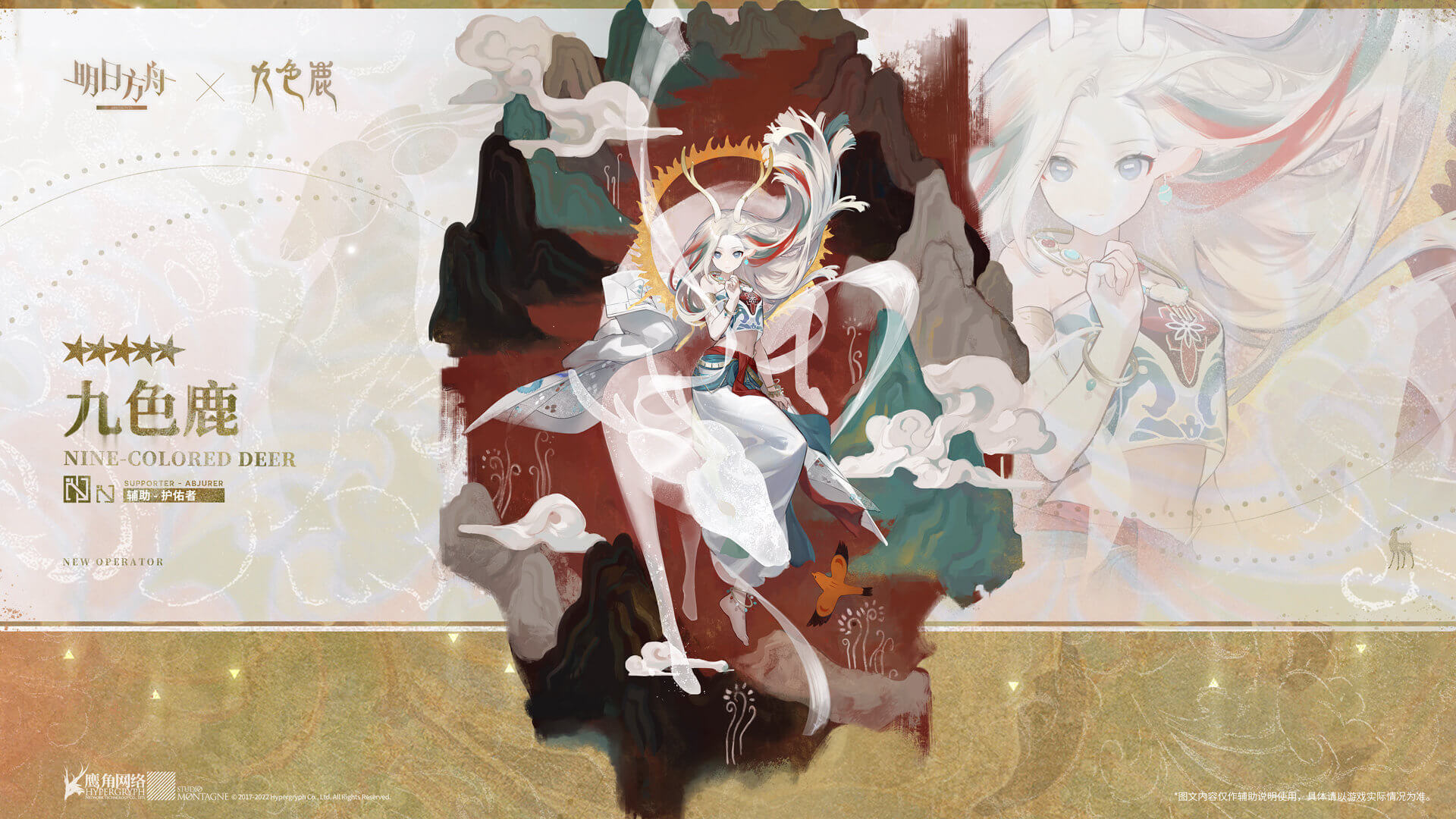