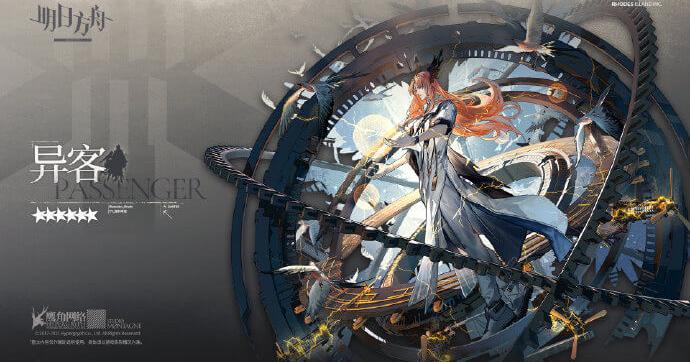 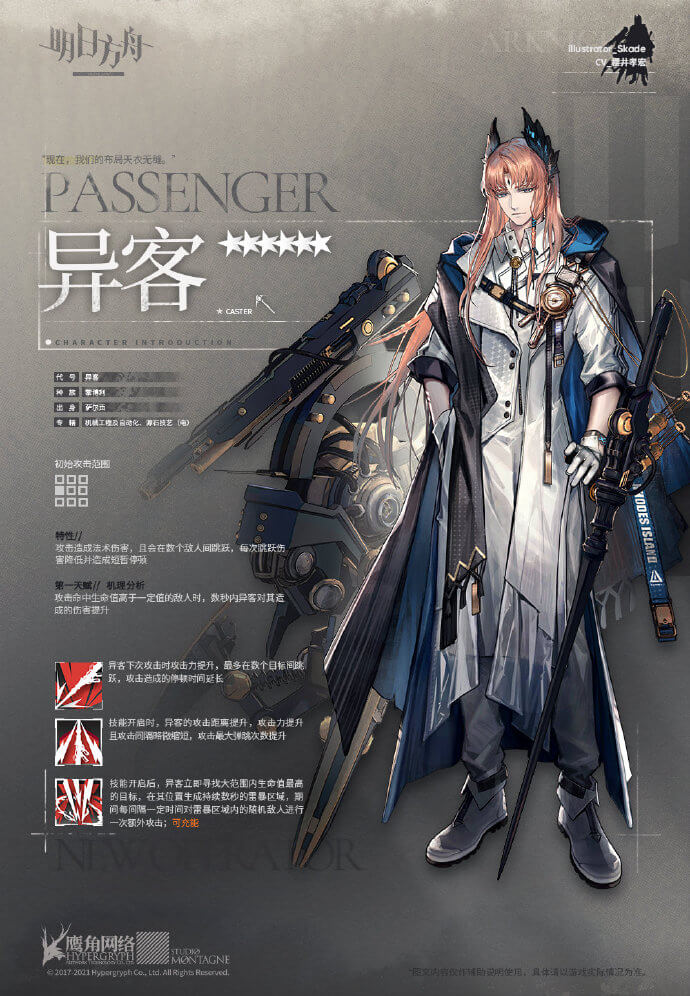 "Your Operator, Passenger. I look forward to working with you, Doctor. We will both enjoy this process."

To speak of his sins, he once killed a Sargon chieftain.

To speak of his status, he's in charge of an important black market in the Ibaté area.

To speak of his abilities, his talent in Originium energy engineering is impressive.

But, Ibaté was not large, and that black market was insignificant to the whole of Sargon—and Passenger was the kind of "genius" that was still within human comprehension, and not some godlike monster.

Yes, he's a Columbian, a Liberi. Although he graduated early through skipping grades, had some fame and had his face on the corner of a local academic magazine, but now, he's like an outsider that didn't fit in with his surroundings.

I have to say, he might be mocking himself with this codename that he gave himself, but it really is fitting.

"Passenger", how could someone like him, in twenty years, turn from a scientist's assistant who had lost everything to the master of a black market who caused the civil unrest in Ibaté and safely got away?

No one knew what twenty years can do to a young man. He doesn't even mind if he's infected or care about how long he has left. He even threw away everything he had built for twenty years in one night. Is there anything else in this land that is worth his attention?

He had lived in Sargon for so many years, but he say he hated Sargon the most.

Where would the passenger who returned home go?

[Passenger] is a 6★ Chain Caster, which means hitting multiple enemies and slowing them is built into his Archetype.  His Skills enhance these traits, while his talent improves his damage against high HP enemies.

Trait: Attacks deal Arts damage and jump to other enemies. Each jump deals less damage and inflicts a brief Slow.

Talent: When attacking enemies with HP higher than a certain value, increase damage dealt by Passenger to them for several seconds

Skill 1: The next attack has increased ATK and bounces to a certain number of targets. Increase the duration of the Slow effect inflicted by attacks.

Passenger is only the second Chain Caster to appear in Arknights, the first (and only so far) being Leizi.  Leizi is a much-maligned Operator for her high DP Cost, Slow ASPD, and short bounce-range.  The Chain Caster Archetype tries to fill a middle-ground between an AoE Caster and an ST Caster.   However, in Leizi's case, If enemies are spread too far apart for her chain lightning to connect, then a ST Caster is more efficient. On the other hand, if enough enemies are bunched up in a group, an AoE Caster is more efficient. Bundled with the Slow, she suffers from a "Jack of all trades - master of none" problem, where the specialized Archetypes tend to be better choices for the specific need.

Will Passenger suffer the same fate as Leizi?  There have been recent examples of 6 Stars breaking out of the shadow of a difficult Archtype: Mountain and Dusk come to mind.  Whether Passenger will follow this trend, or suffer the fate of Mostima, is impossible to tell from reading his kit alone, as there is nothing in it that obviously addresses the hurdles he must overcome. 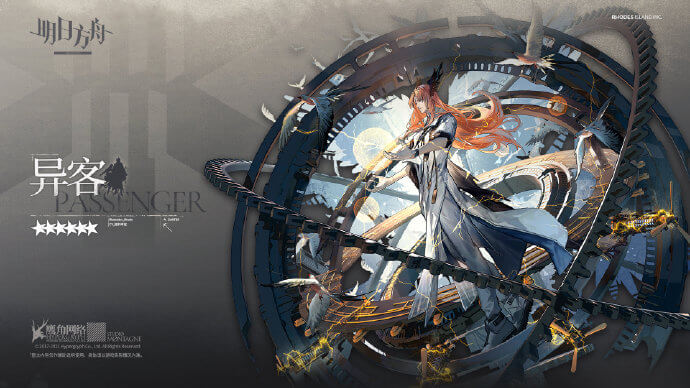