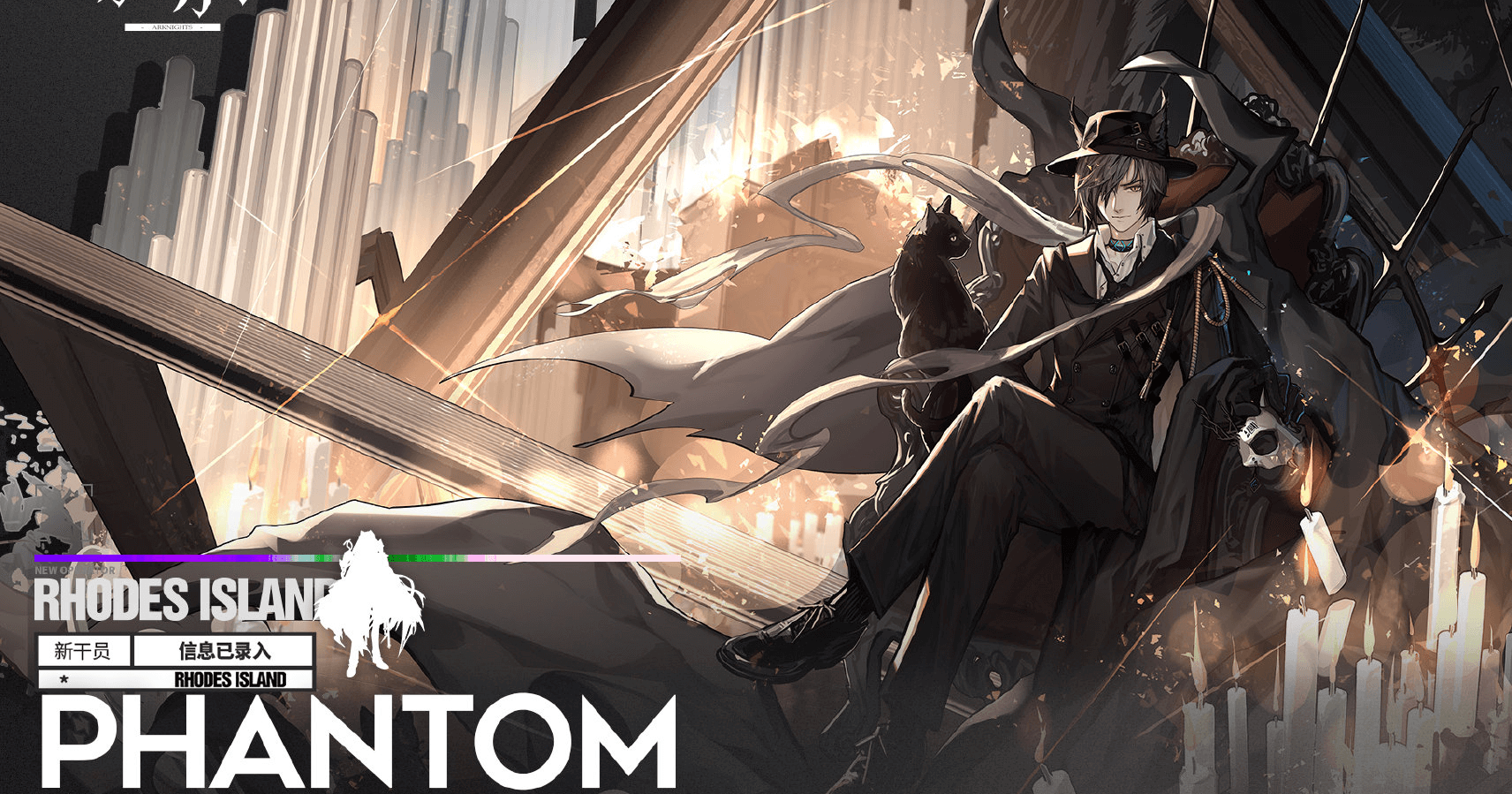 The Ghost in the Dark Night

Art and details have been released for the newest 6★ Operator coming soon to the CN Server.  [Phantom] is a 6★ Specialist of the Fast-Redeploy Archetype for Rhodes Island.  He can use a shadow clone, and on deployment gains buffs, applies status debuffs, and Pushes enemies.  As a dapper, tall, dark, and mysterious male 6★ Operator, Phantom is sure to steal your heart with flashy Skill and weapon effects. To top it off, he even has a tragic backstory where he... haunts by singing?

"Code name Phantom, a ghost in the dark night, an illusion behind the curtain. Tell me, where, and who, is your enemy"

"You said who? Phantom? Let me think... I have never heard that name before."

"Wearing a black cloak and mask? Never heard of that. That kind of description, why, he sounds very horrible! If I had met him I would never forget."

"Strange, does Rhodes Island really have the operator you describe?"

"Hmm, but, last time I passed Doctor's office, it seemed there was an Operator in a suit of black, but when I took a second glance, they had disappeared!"

"Maybe my eyes were blurry? Or it was only a curtain?"

"By the way, I don't know if my eyes and ears are playing tricks on me, but I think there was singing coming from the deck when I returned to my room last night...." 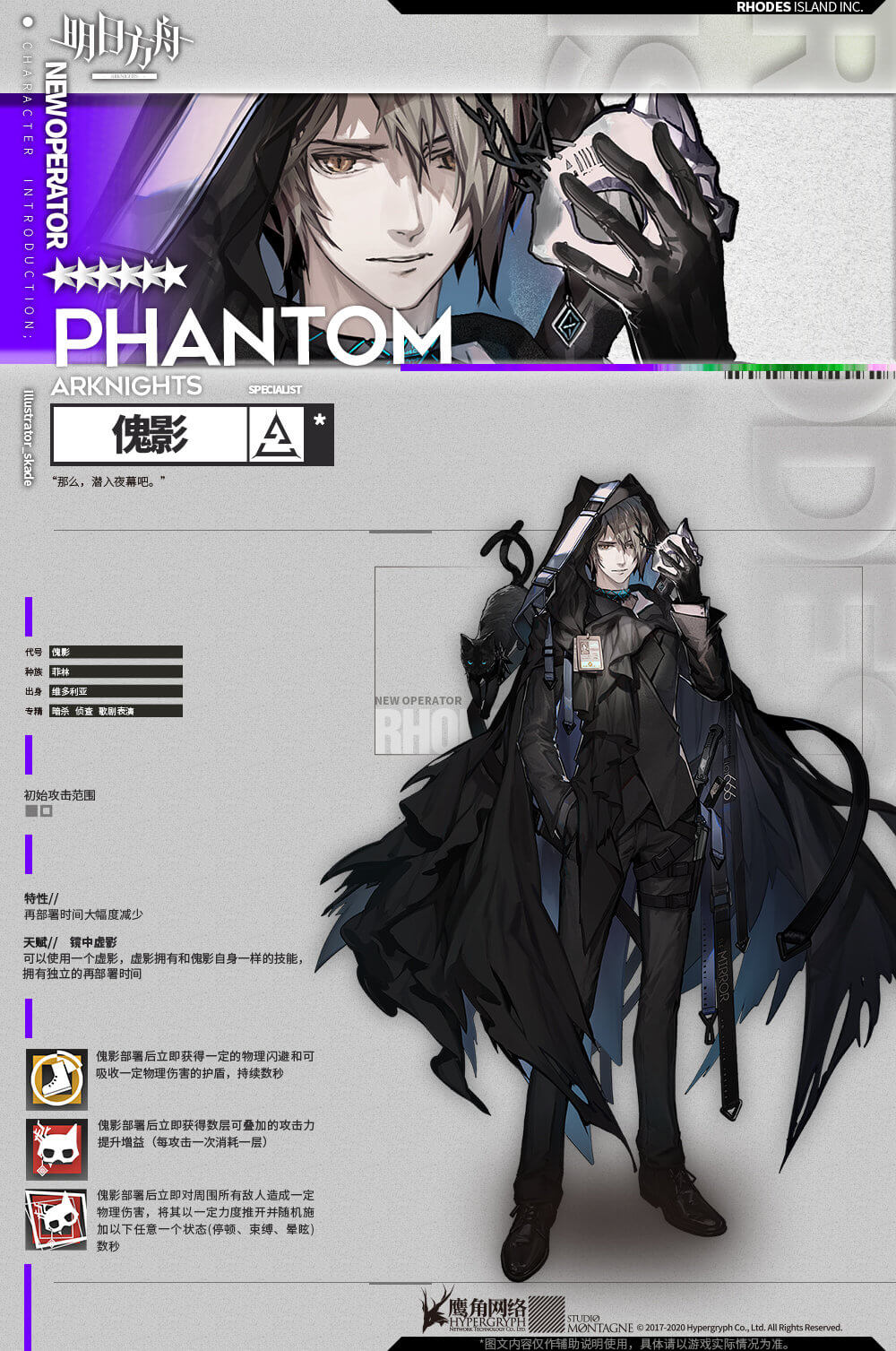 Talent 1: Can use 1 phantom clone. The clone has the same skills as Phantom and has it's own separate redeploy timer. I am thou, thou art I...

Skill 3: On deployment, deal physical damage to all nearby enemies and push them away. Additionally, inflict one of the following status effects at random (slow, bind, stun) for several seconds.

Phantom will be our fourth Fast-Redeploy Specialist, and has elements of the kits of all of them: 5★ Waai Fu  5★ Projekt Red and 4★ Gravel.  Looking good!

His Skill 1 is clearly his defensive option, combining aspects of the shield of Gravel's S2 and the evade of Red's S1, though on Physical damage only, so it won't do much to deter enemy Caster Arts damage.

His Skill 2 is pure offense, so it would be used similarly to Red's S1 as an assassination tool, but will likely have a larger ATK modifier.

His Skill 3 is a real wildcard.  It could potentially be quite useful to have a Shift/Debuff operator on Fast-redeploy that can be quickly used multiple times.  However, the random nature of the debuff application could make its use inconsistent, and assuming the Push is in all directions like Croissant's S2, it will have to be used with care so as not to push enemies in counter-productive directions.  It will be interesting to see what kind of shift strength this Skill has and how long the status effects last for.

His Talent is what could potentially really set him apart from the crowd.  Too many details remain unknown to be sure at the moment.  Will his shadow clone act like a summon, and have its own DP cost, independent stats, and take up a Deploy slot?  Will it be permanent or on a duration? Regardless, it seems it will be an interesting tactical tool, especially on stages that limit the amount of Operators that can be taken into combat. 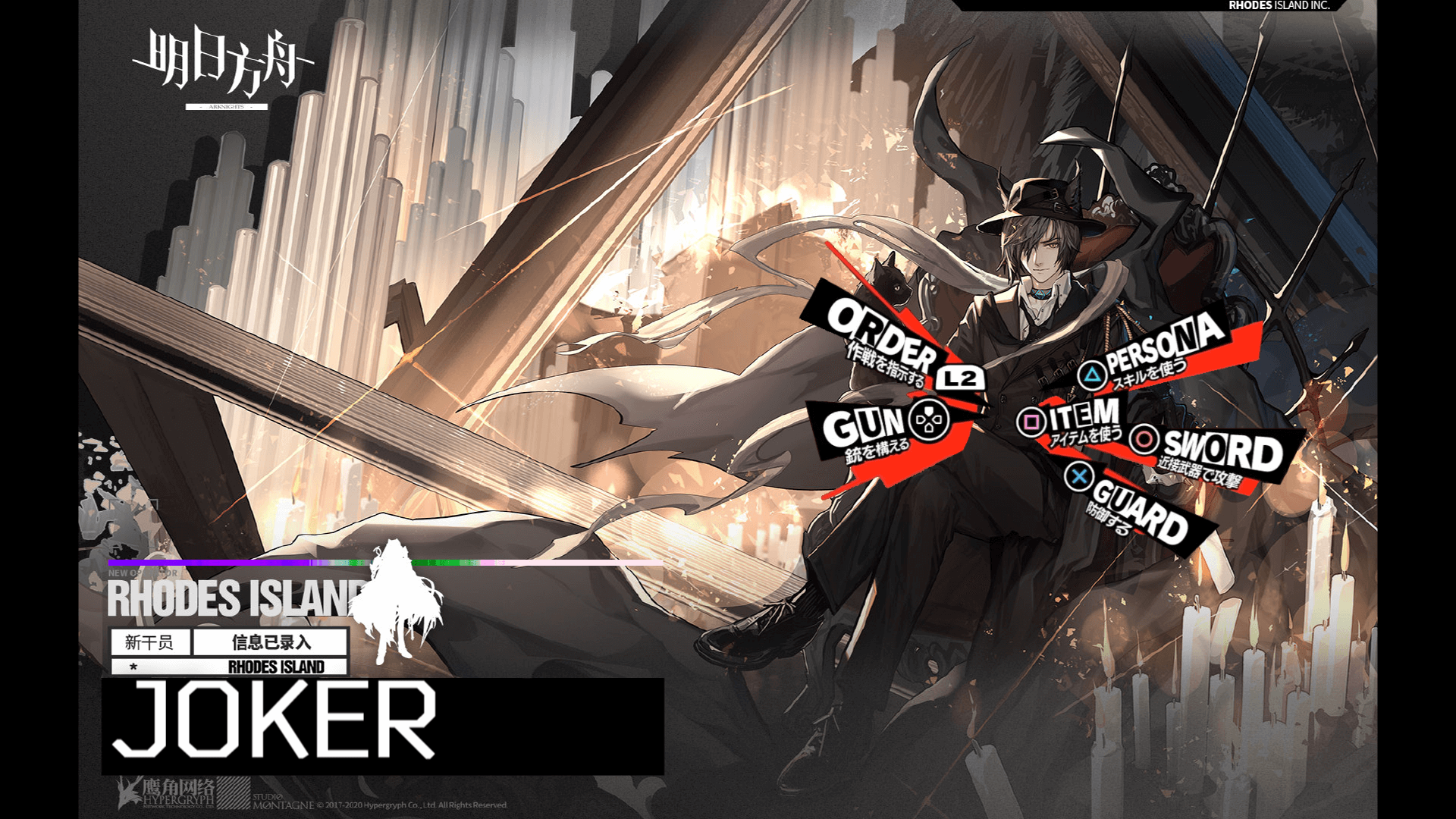 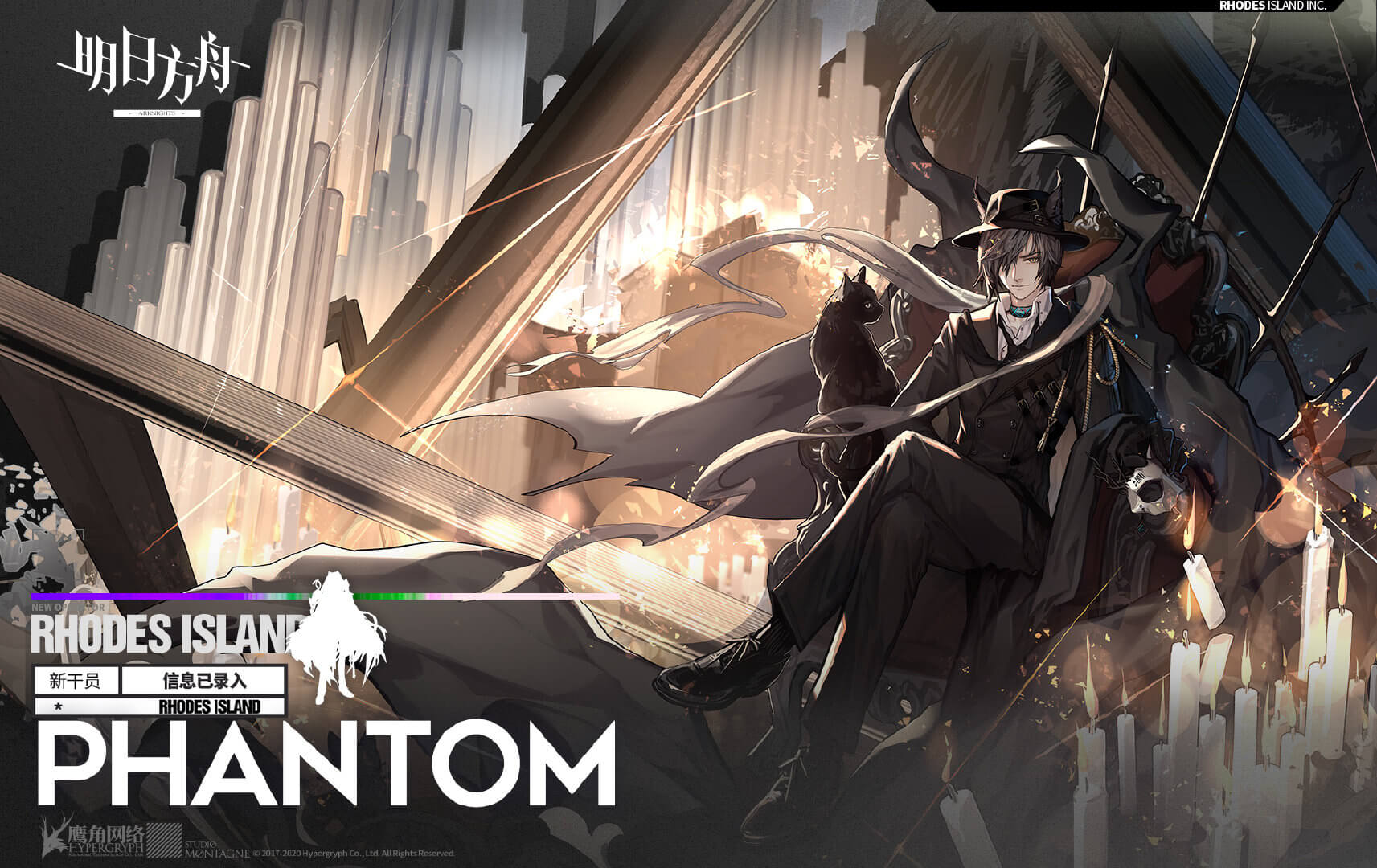