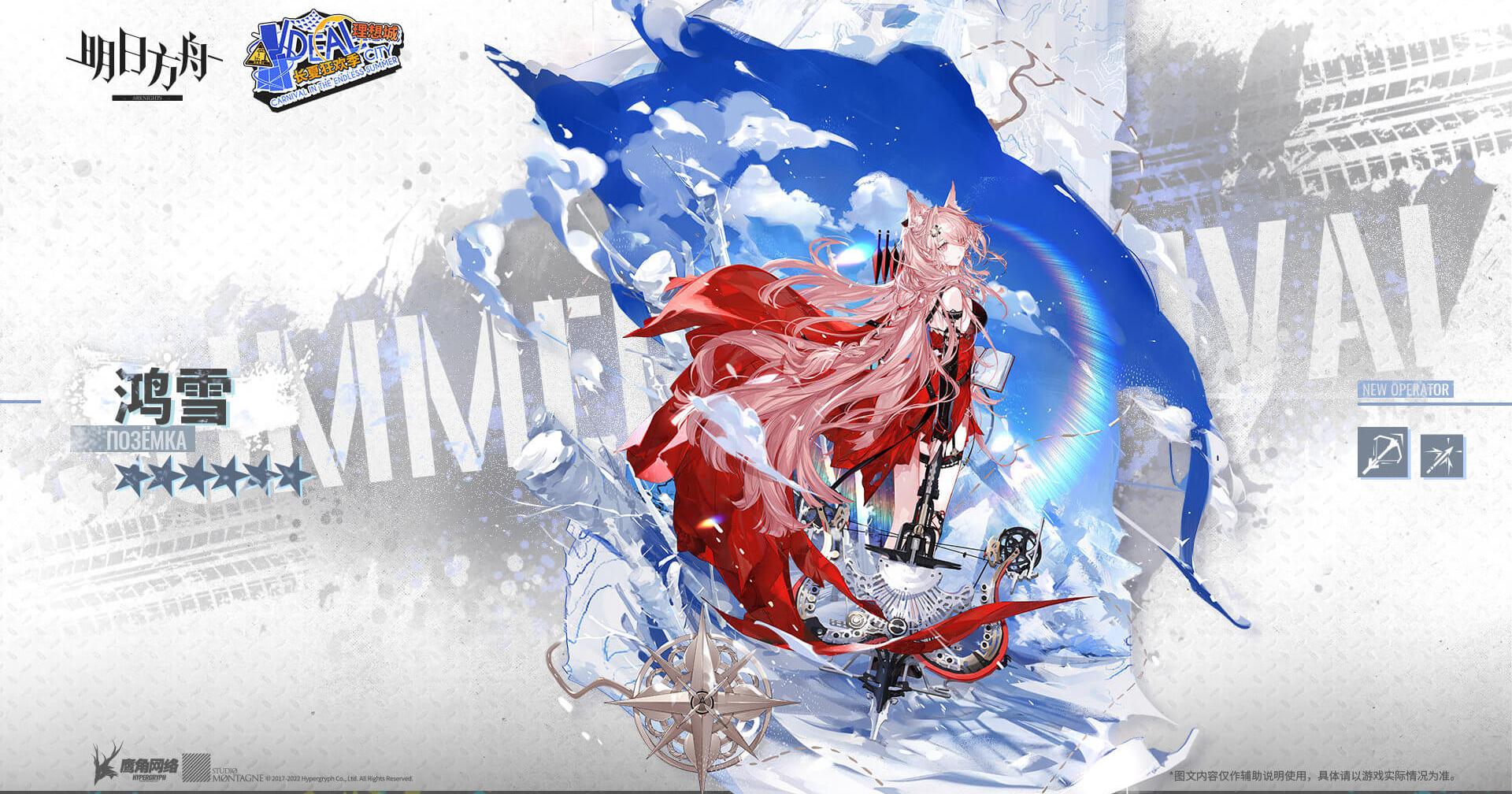 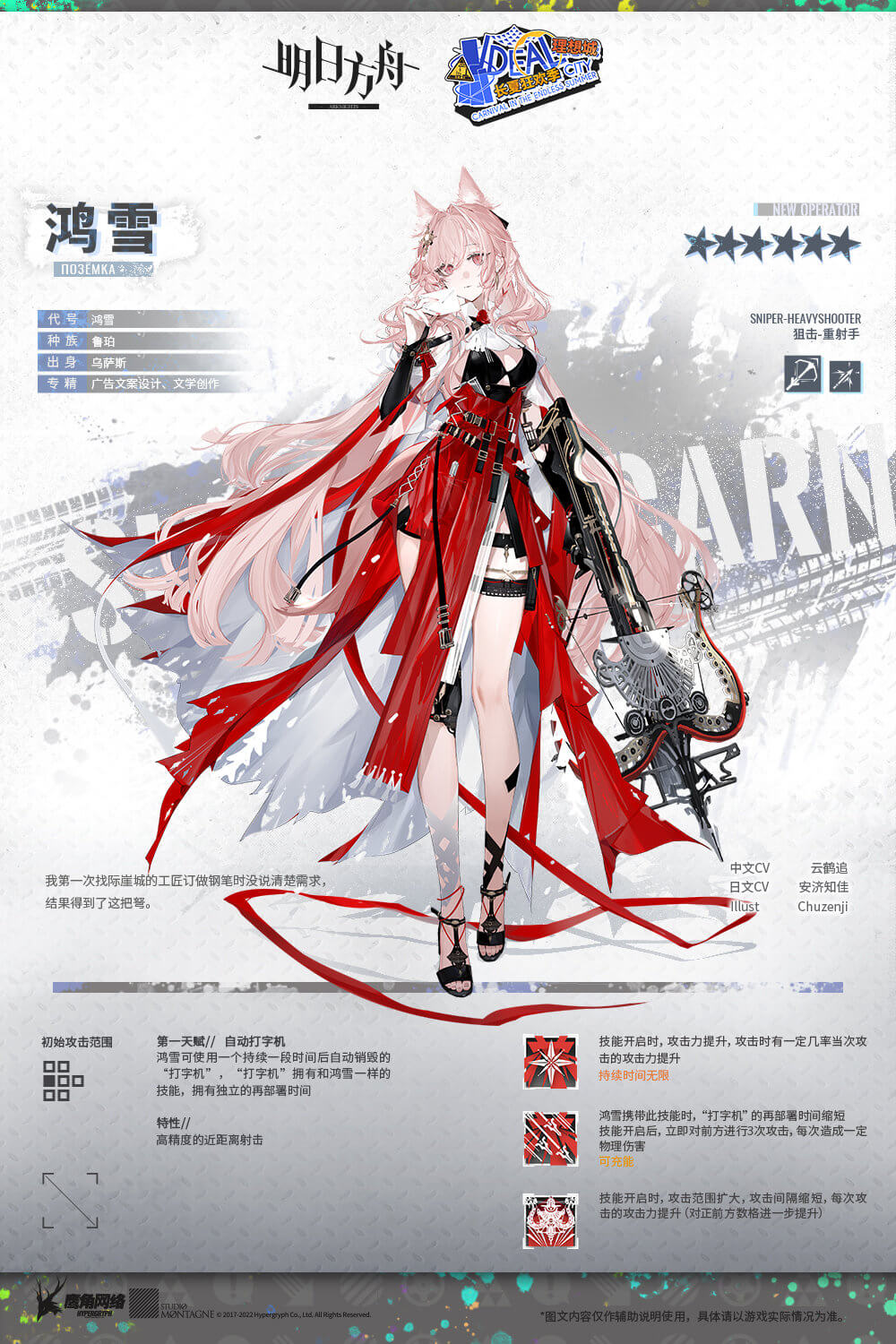 "You're the Doctor? It's good to meet you. Please accept my thanks for granting me a temporary place to stay in this detestable world."

"D'you feel like the Durin operators around here have been a bit different recently?" "What do you mean?" "Durin never grabs a blanket for herself when she falls asleep on the spot." "Pozyomka covers her up." "When Myrtle comes back from whatever the hell she messes around with, she doesn't fold her flag up neatly." "Pozyomka does that for her." "Say, is this Pozyomka that new operator who came back with Minimalist from Cragedge City?" "That's the one." "Must be the gentlest Durin girl you've ever seen to be that good at taking care of people." "She's taller than me." "Huh?!"

"I didn't make myself clear enough when I asked a smith in Cragedge City to craft a pen for me, and... that's how I ended up with this crossbow."

Pozyomka is a 6★ Sniper [Close-Range / Heavyshooter] that utilizes a summon to reduce enemy DEF and whose skills focus on damage output.

Talent 1: Can use a "Typewriter" that lasts for a certain duration. The "Typewriter" has the same skill as Поземка and an independent Redeployment Time.

Talent 2: The "Typewriter"'s attacks reduce the target's DEF by a certain percentage for several seconds (does not stack). If the "Typewriter" is adjacent to Поземка, increase the effect.

Skill 2:  Passive: When this skill is equipped, reduce the Redeployment Time of "Typewriter". Active: Immediately deals multiple attacks to a target ahead, each hit dealing a certain amount of Physical damage. Can hold charges. 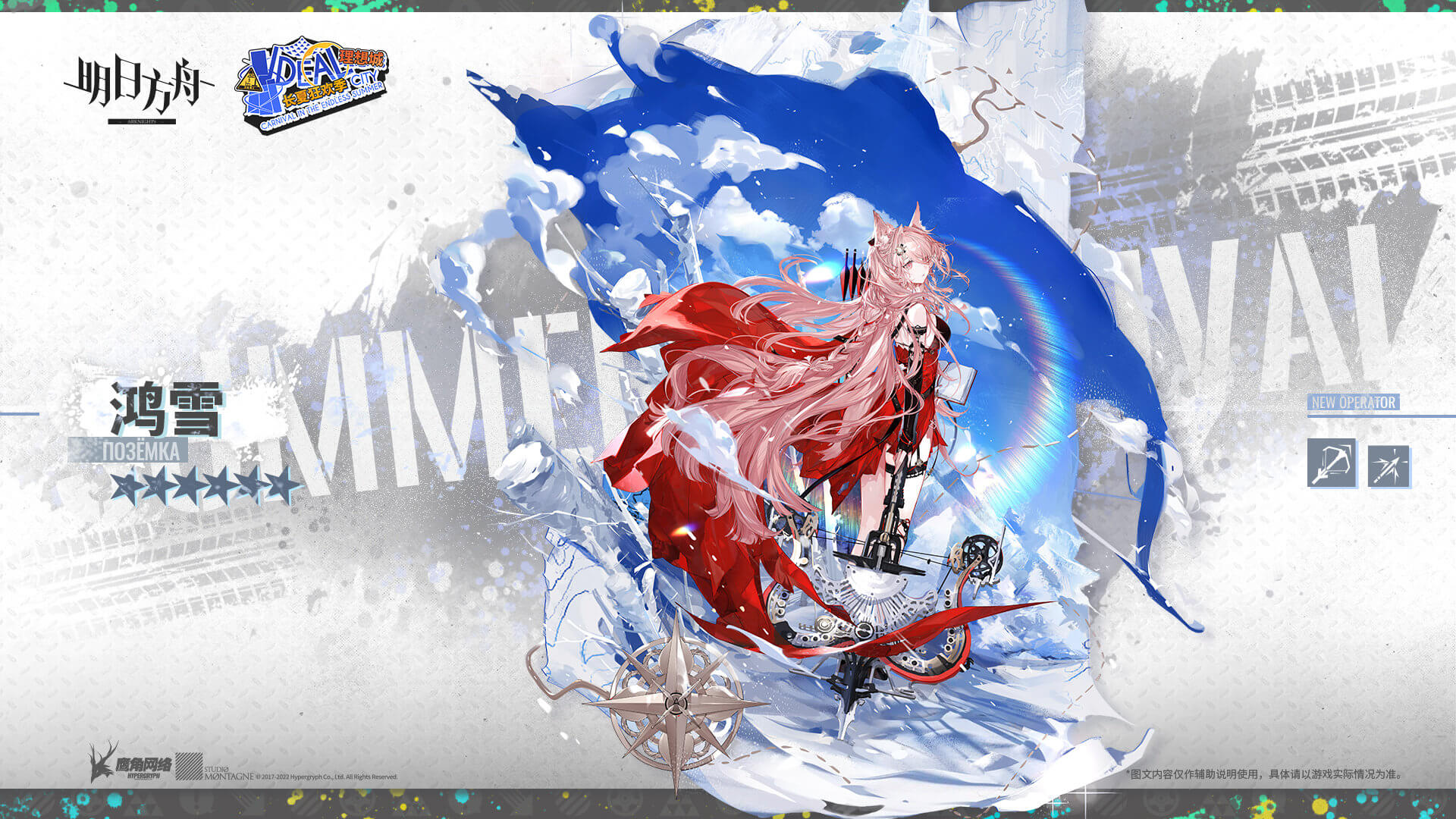