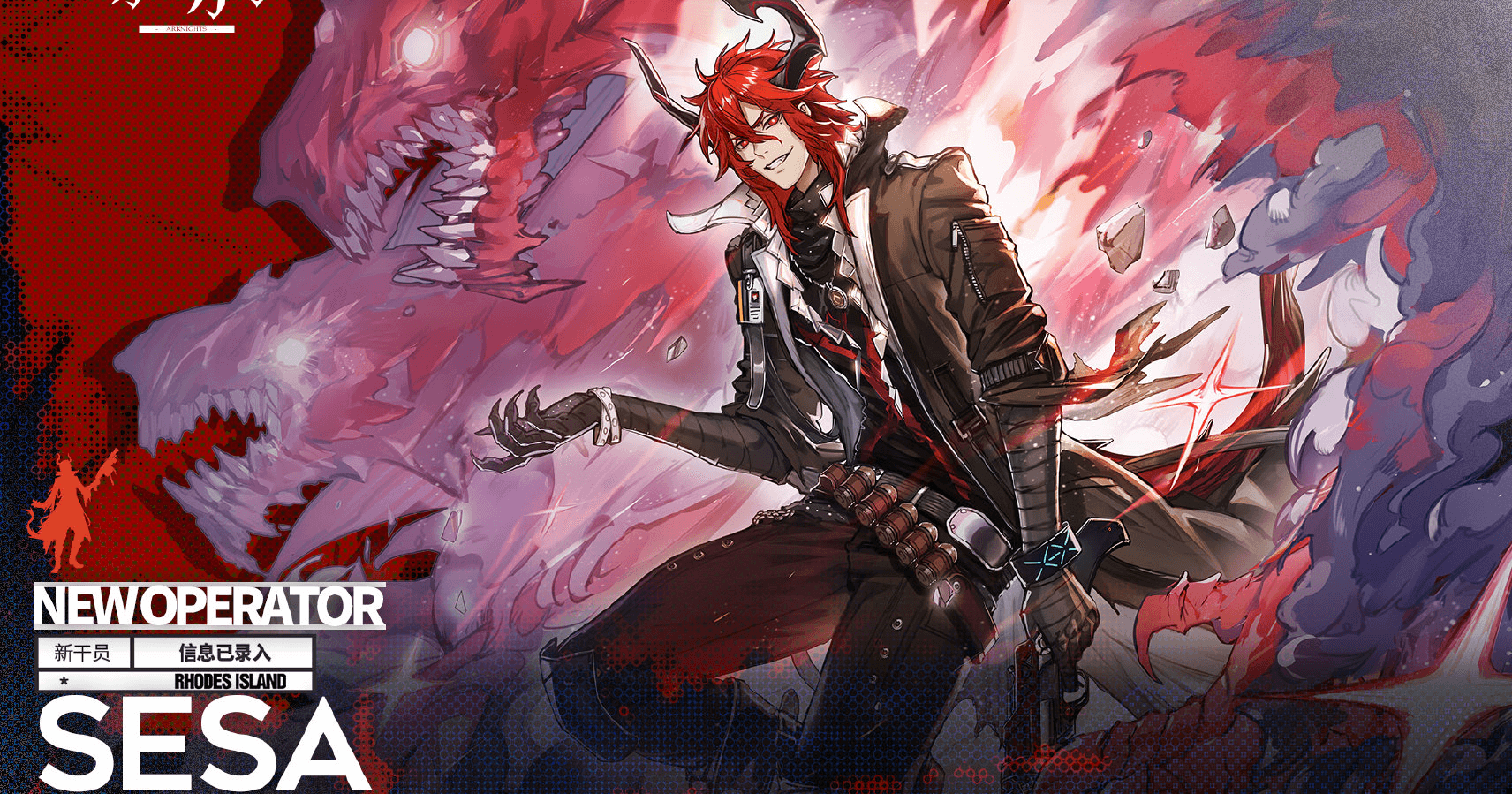 A new Operator has been announced for Arknights CN!  Sesa is a 5★ AoE Sniper of Rhodes Island and a black market weapons dealer with terrible fashion sense. 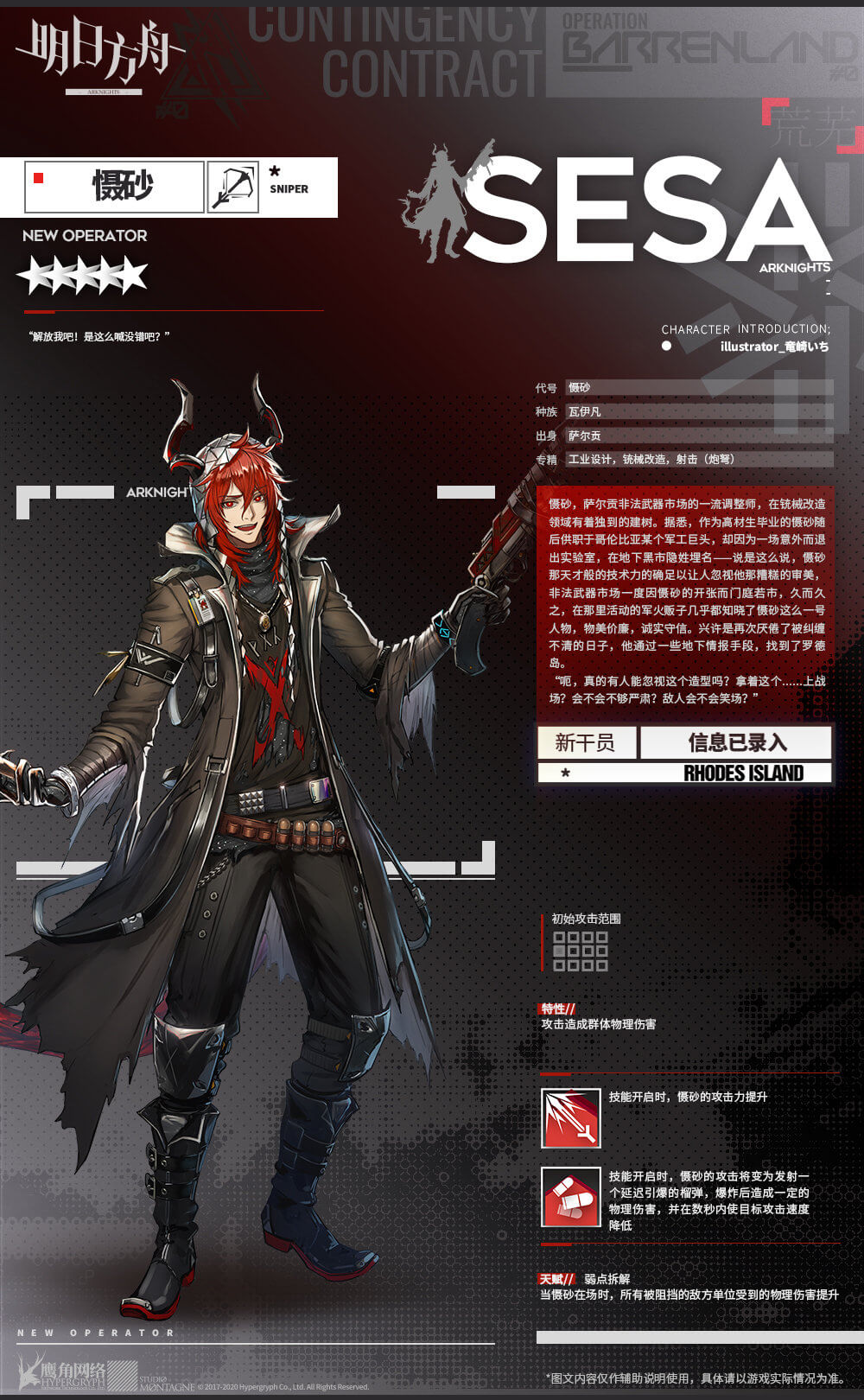 Operator Quote: “Release me! Is that how people usually beg?”

Talent: When deployed, increase the physical damage taken by all blocked enemies

Skill 2: Fires a delayed-activation grenade, dealing physical damage after it explodes and reducing the targets' attack speed for several seconds

Initial thoughts: For those wanting more male or husbando Operators, Sesa is a welcome addition!  For gameplay, he seems like he will be comparable to the other 5 Star AoE Sniper from Rhodes Island: Meteorite.  They have the same trait enabling physical AoE damage, and both have debuffing elements in their kit.  We can’t say anything for sure until we see the exact details, but Sesa’s Talent appears to be a Physical Damage Taken Increase buff.  If that is the case, it will be treated as a multiplier damage increase after the Defense debuffs are applied instead of the Flat Def down applied directly to Defense like Meteorite’s S2.  Thus, Sesa could potentially be better for Debuffing low Def enemies. It also wouldn’t require enemies to be hit by a Skill, nor have any down-time once an enemy is blocked.  The block restriction would, however, make it useless for the no-block meta.

If Skill 1 is one of the standard Attack up buffs, it might be lacking the nice extended AoE range and damage multiplier of Meteorite’s S1, but again, we won’t know for sure until we see the details. Skill 2 looks to offer an additional debuff to the toolkit: enemy Attack Speed down, which would give him overall more potential debuff utility than Meteorite.