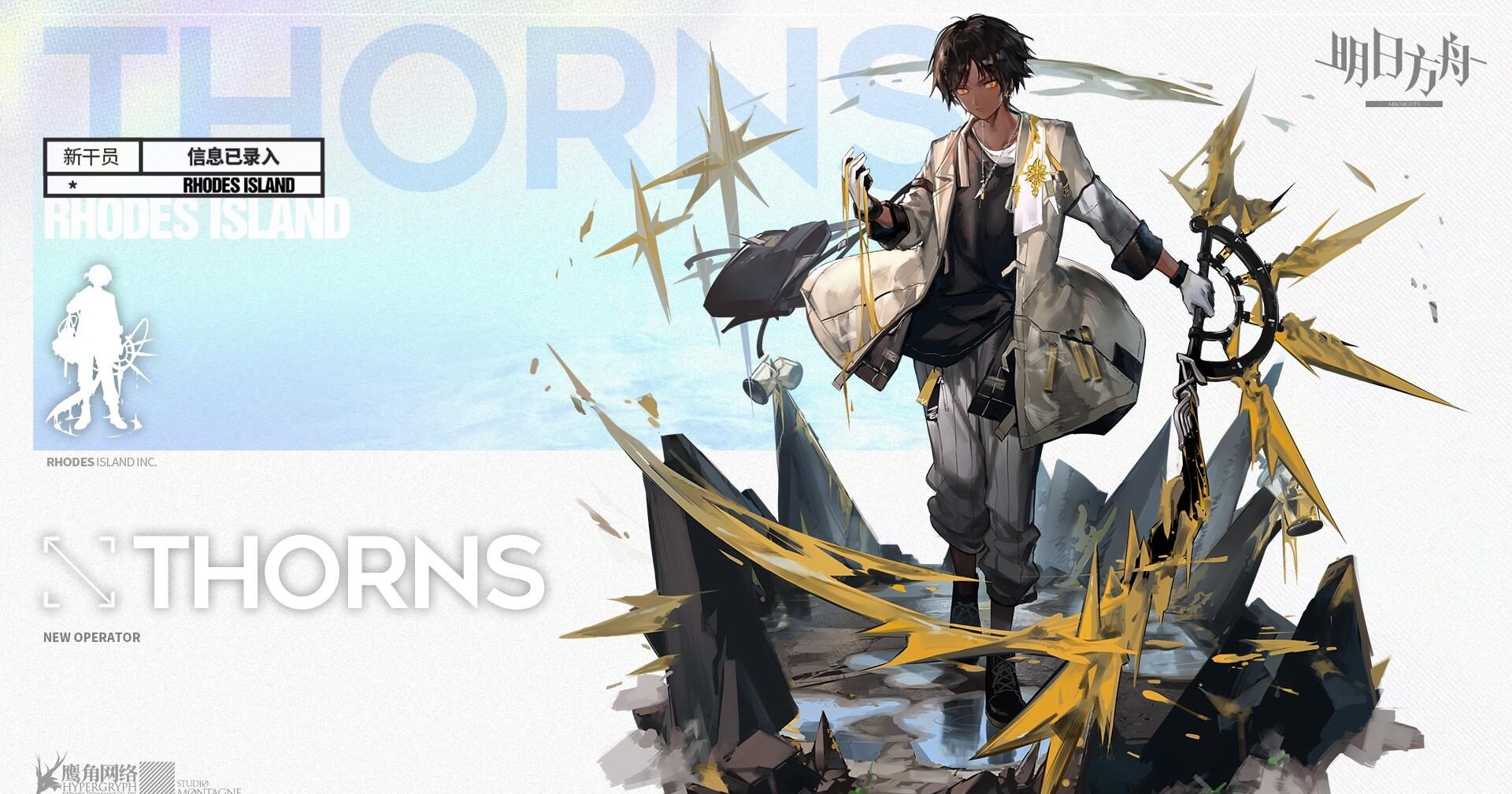 Every Arknights has it's...

"Are you the doctor? Allow me to introduce myself. Codename Thorns, today I will be—hm? My pants leg is rolled up? ... Don't worry, it happens all the time."

Operator Thorns, an Aegir born in Iberia, is a user of the supreme arts and an enthusiast in medicine-making. He left Iberia due to internal conflicts within the country, and was invited onto Rhodes Island.

A cold operator with a cruel fighting style—this was the impression that Thorns left many people when he first joined. Overall it wasn't wrong. But this impression soon underwent some subtle changes. After someone witnessed Thorns carrying a sick operator to the infirmary with a cold face, many suddenly popped up to say good things about him. "That guy just looks scary! And he doesn't talk nicely! And he's kinda weird! But overall he's still a good person and he even passed me the pepper shaker!" This anonymous answer was approved by many operators who knew Thorns. But in reality, as Thorns revealed himself, "It's only because he happened to fall in front of me, it's that simple." That's right, the truth is really that simple.

If you wish to learn more about Iberia, you can also ask operator Thorns. You may not learn much, but at least he's not hesitant to talk about the past. But just be careful and don't get dragged into trouble. When Thorns gets together with his friends, no one knows what a few free and unfettered Iberians will do for entertainment in their free time. 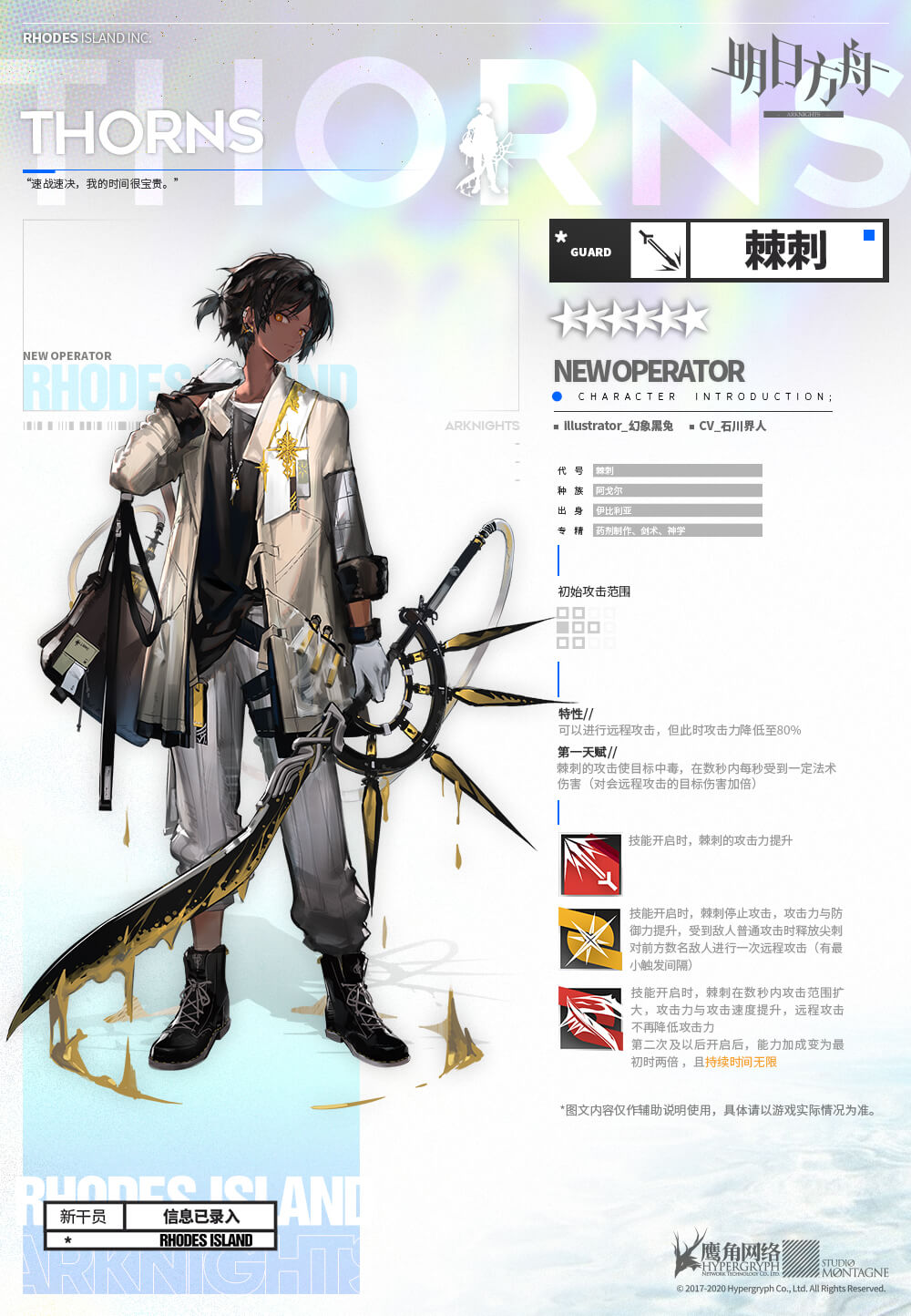 Thorns is a 6★ Ranged Guard that focuses on DPS with Arts damage over time and AoE capabilities.

Skill 2: During skill activation, stop attacking and increase ATK and DEF. When attacked by enemies' normal attacks, release thorns to multiple enemies ahead of self, dealing ranged attack damage (has an interval between activations)

Ranged Guards are often considered one of the strongest Archetypes in Arknights, and for good reason.  They have extended range, can hit aerial enemies, and have pretty solid stats.  They also tend to have very strong Skills and abilities.  Thorns seems to be no exception.  His Talent will provide Arts Damage (a welcome compliment for melee Physical DPS unit), and combined with his S2 could lead to a lot of DoT damage in swarm situations.

His S3 extends his range even further, and becomes permanent and doubles the modifiers after its second activation.  How good this will be will ultimately depend on the range, modifiers, and SP costs, but it seems quite promising, especially for longer duration maps. 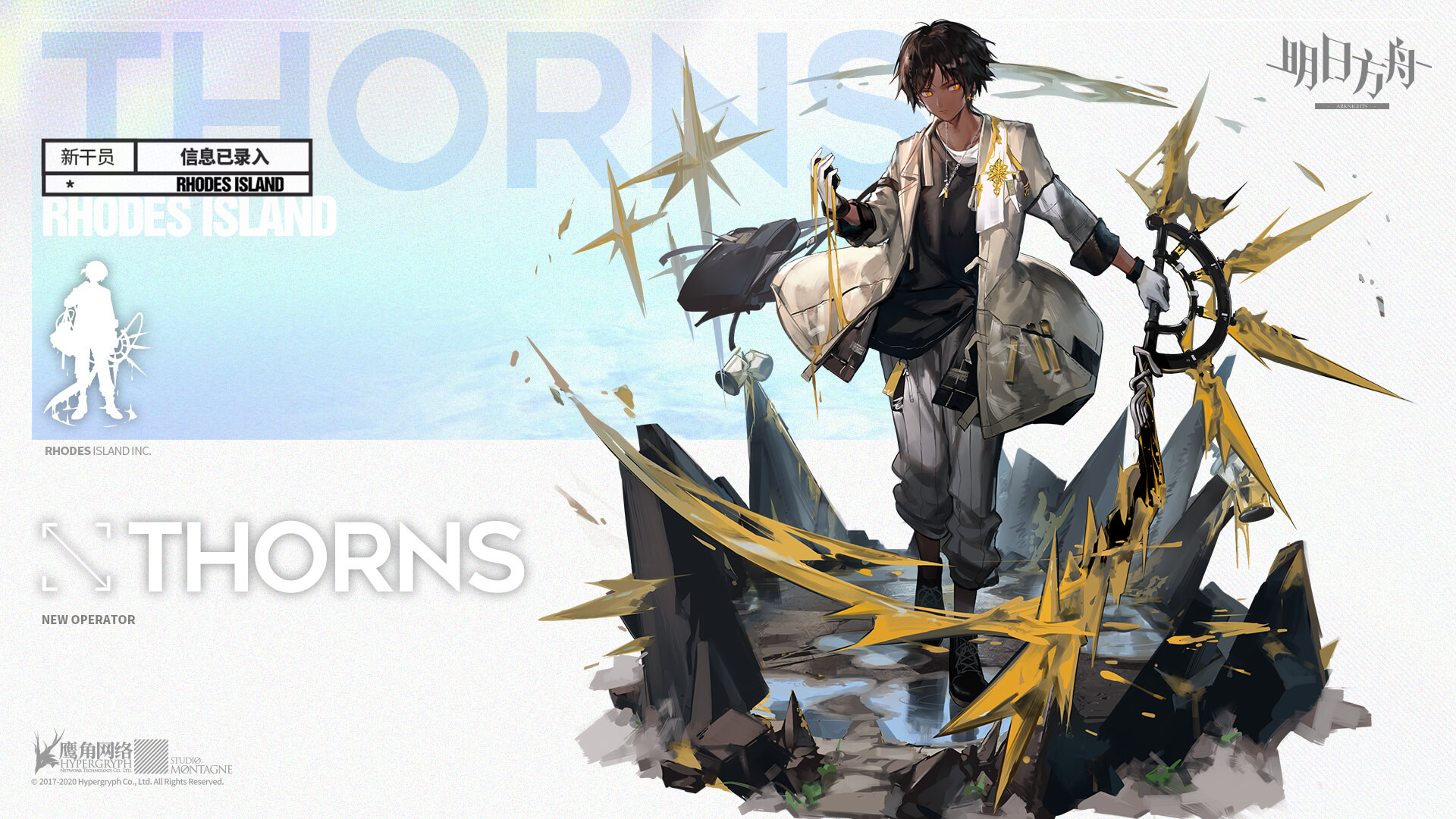