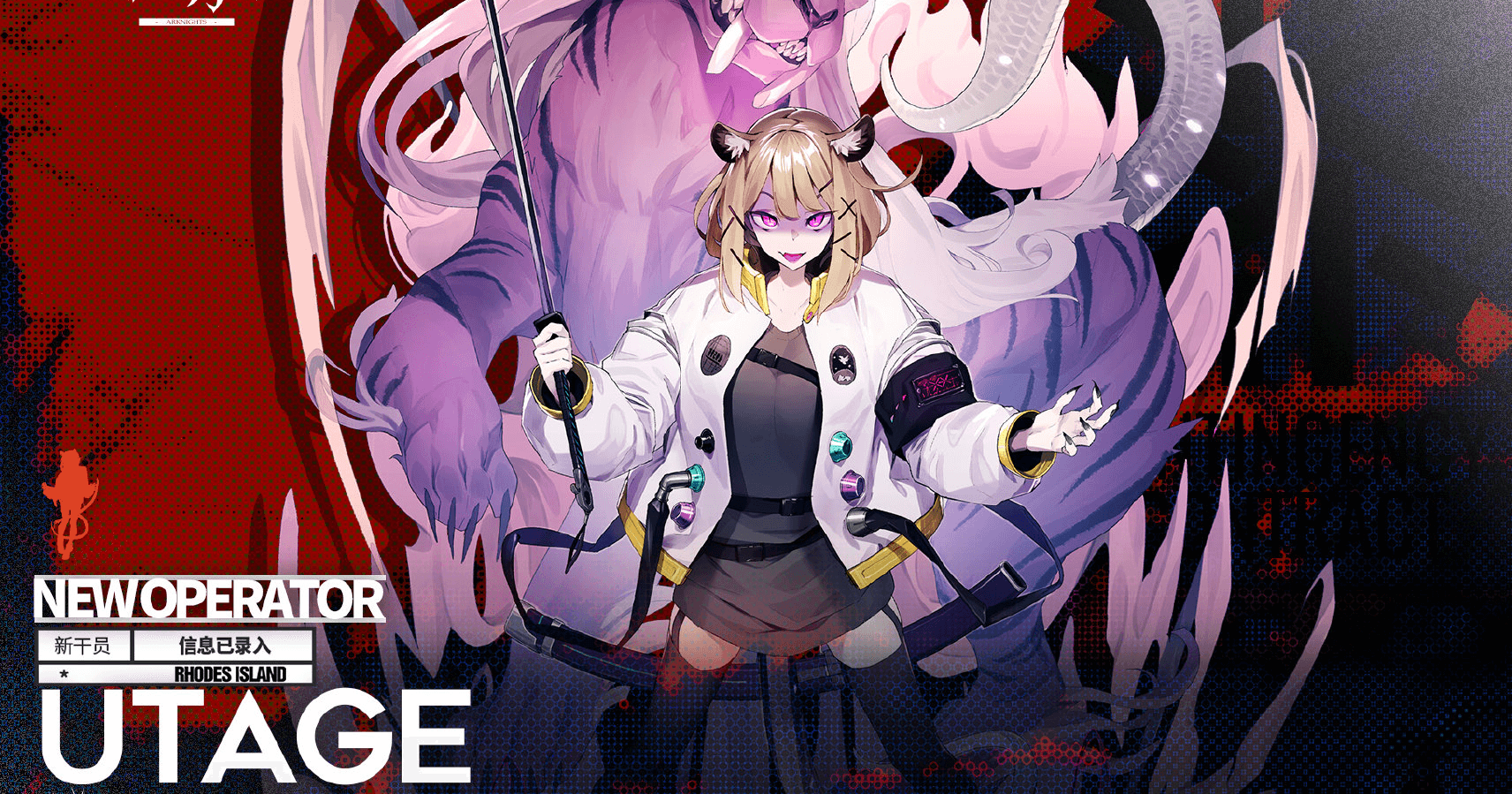 A Healthy Itch To Scratch!

A new Operator has been announced for Arknights CN!  Utage is a 4★ “Hellagur Archetype” Guard with chimera-ish features, steak-knife nails, broad shoulders, and the Power of purple. 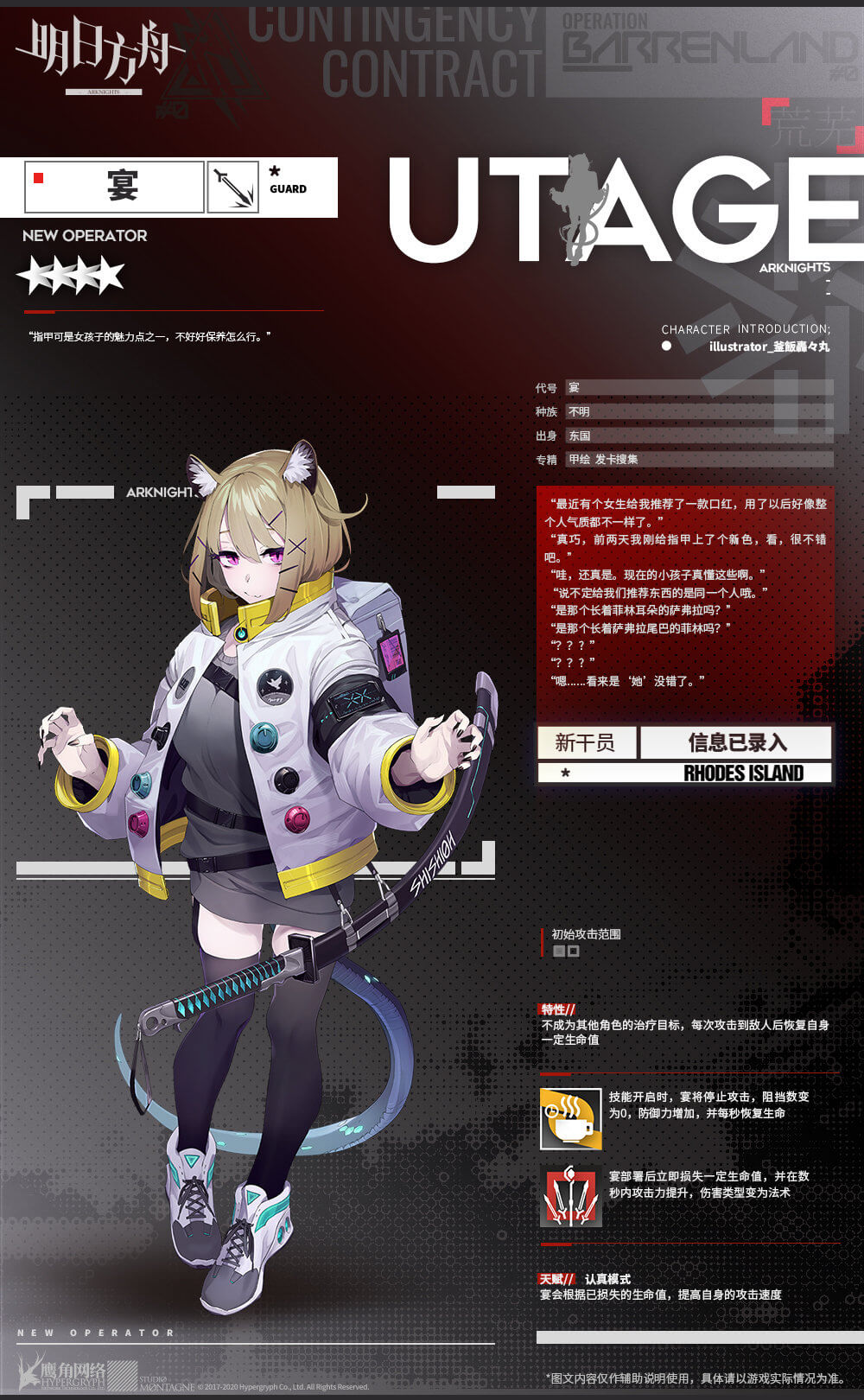 Operator Quote: "Nails are one of a girl’s many charms, it would be a shame not to take care of them!”.

Trait: Will not be actively healed by allies; Recover a certain amount of HP with each attack.

Talent: Increase own attack speed based on HP lost.

Skill 2: Lose a certain amount of HP on deployment, increase Attack for a certain duration and change attack type to Arts damage.

Initial thoughts: Utage will be the first Operator of the Hellagur Archetype other than Hellagur himself.  Her Skill 2 seems like it will synergize well with this archetype, and provides an Arts Damage option, which Hellagur does not have.  Her Skill 1 seems niche, with block being reduced to 0 but Defense being increased. It implies a use for tanking ranged physical damage, and it will be interesting to see the final details and how it works in practice.   A very noticeable difference is that Utage seems to be lacking a mechanism for passively regaining HP, which Hellagur has with his second Talent. We will provide more detailed information when it becomes available! 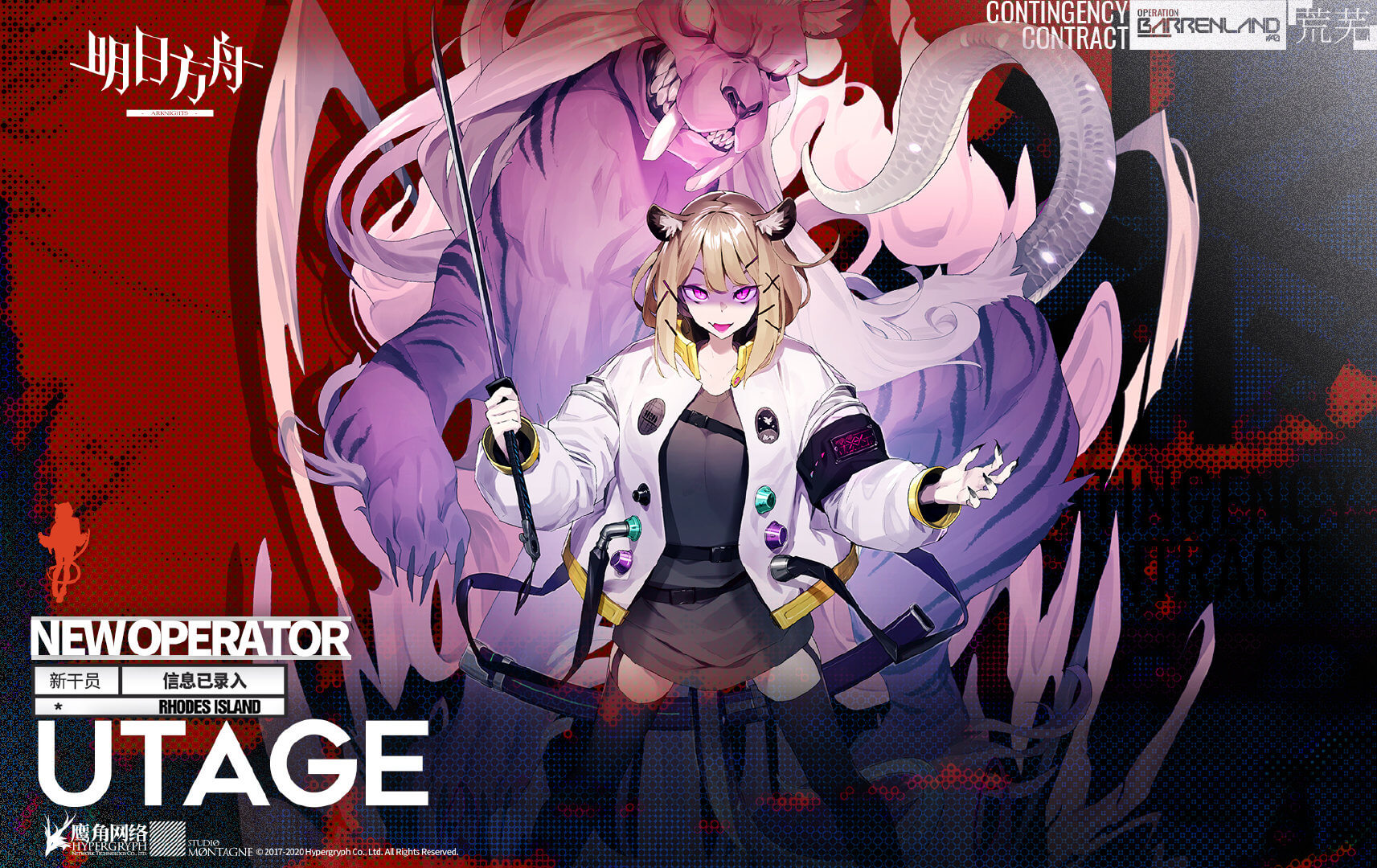