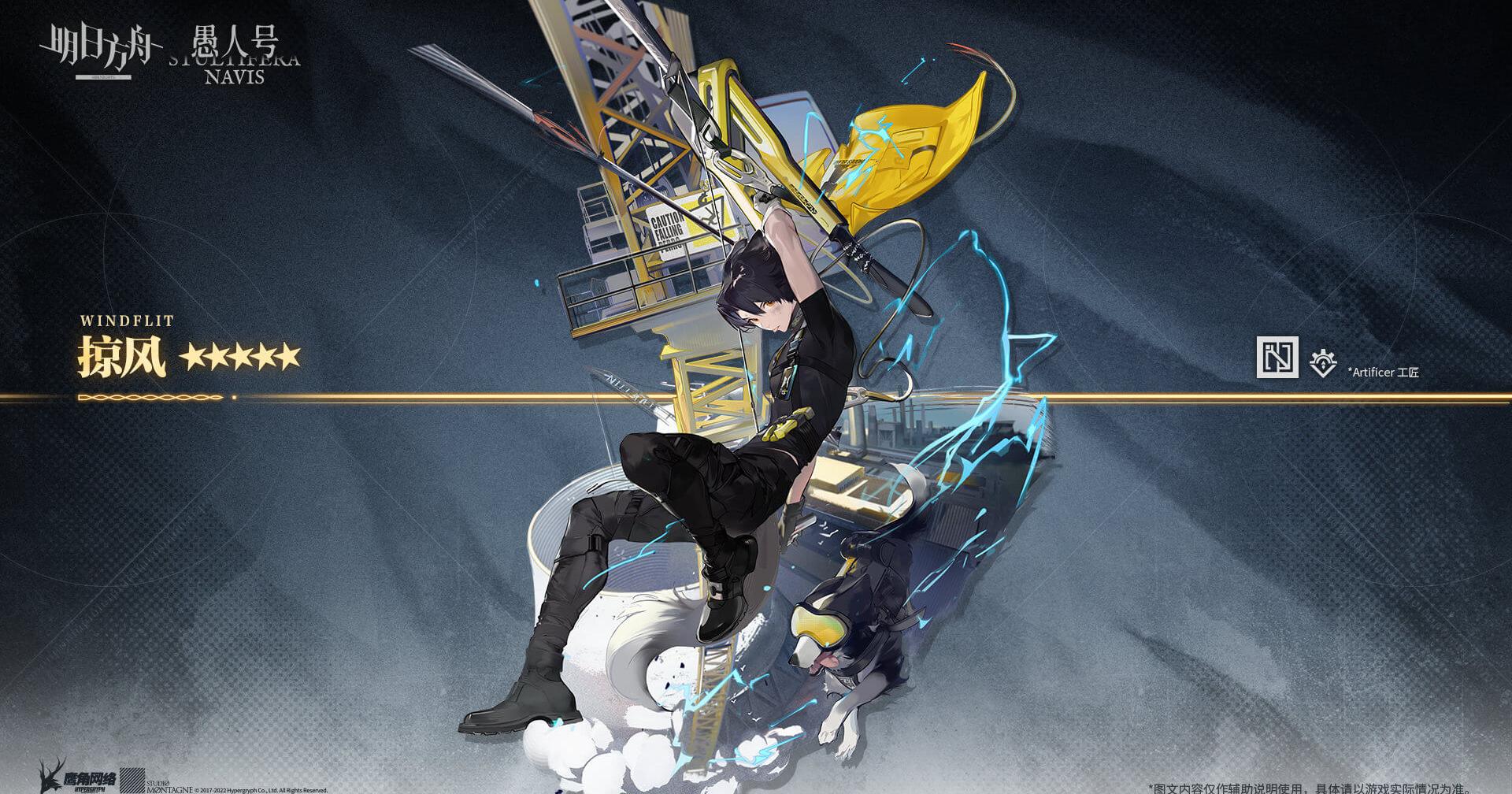 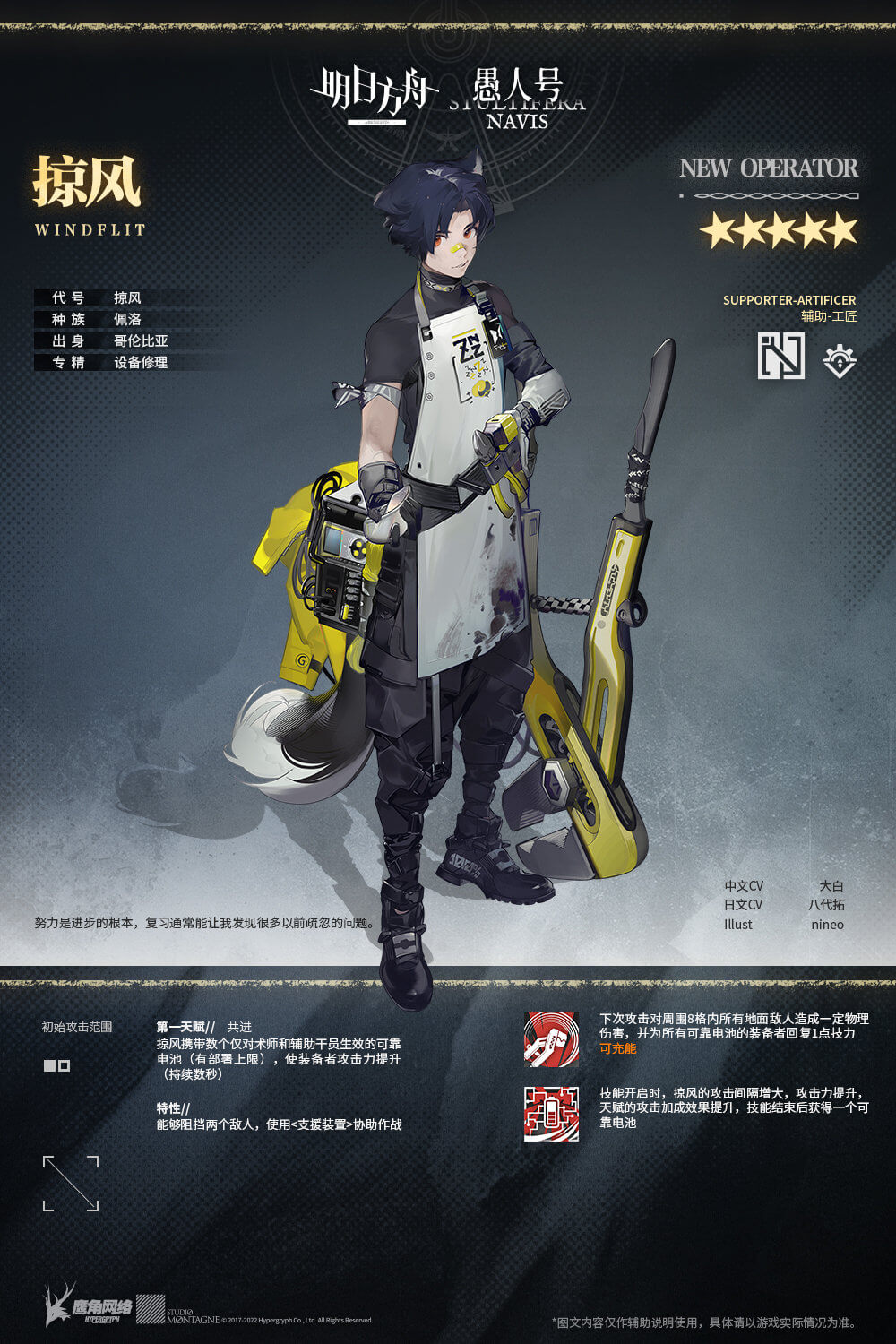 "Hello Doctor, I am Windflit, new operator of the Engineering Department. You say you can see my ability. I am really thankful for it."

"The new batch of items that just arrived at the Engineerin Department was destroyed by him again!!"

You were taken away by the operator who came screaming for help, and ran all the way to the warehouse. Before you caught your breath, you saw Windflit remove the last screw.

A smoking device was pushed in front of you by Windflit. The crying Engineering Department operator activated it. After an ominous roar, the device successfully operated.

You finally realise that you still need to criticise this kind of behaviour of taking initiative, but the sudden voice of the Engineering Department operator made you change your mind.

Ahem, alright. Looking at these two people having already interacted amicably, you decided to listen at the side. After all, as a graduate of a prestigious university, although he frequently does this kind of rash things, but his capability is undoubtedly very strong.

"Hard work is the basis of progress. Revision often lets me notice many problems that I previously overlooked."

Windflit is a 5★ Supporter [Artificer] that buffs the ATK of Casters and Supporters and can act as an SP battery!

Trait: Blocks 2 enemies; Can use <Support Devices> in battles

Skill 1: The next attack deals a certain amount of Physical damage to all ground enemies in the surrounding 8 tiles and recovers 1 SP to all operators equipped with a Reliable Battery. Can hold charges.

Skill 2:  When skill is activated, increase Attack Interval, ATK and the ATK increase from Talent. Gain 1 Reliable Battery when the skill ends.

Windflit will be Arknights' second Supporter [Artificer] (the first being Roberta), and the first at the 5 Star rarity.  Outside of his blep, Windflit is most notable for his Talent that buffs the ATK of Caster and Supporter Operators with his [Reliable Battery] summons. S2 further enhances this role by increasing the ATK buff even more, while also increasing his own ATK at the cost of an increased ATK Interval.

S1 allows him to act as an SP battery, giving SP to allies supported by a [Reliable Battery] whenever it activates while also doing physical damage to enemies surrounding him.  This skill seems to have a pretty glaring drawback in that he needs to attack in order to activate the skill and generate SP, which could end up being contradictory for a unit meant to buff the damage of ranged attackers.  The skill also is not able to generate additional summons, reducing its flexibility.

S2 seems more likely to be his Skill to use, and his viability and impact will depend a lot on the extent of the buffs and the skill cycle time, which will determine how he compares to other prominent buffers.  Being a melee unit that can block does provide tactical options that most other buffers cannot provide, however it is unclear if Windflit himself will have the stats or abilities to have much impact on the board. 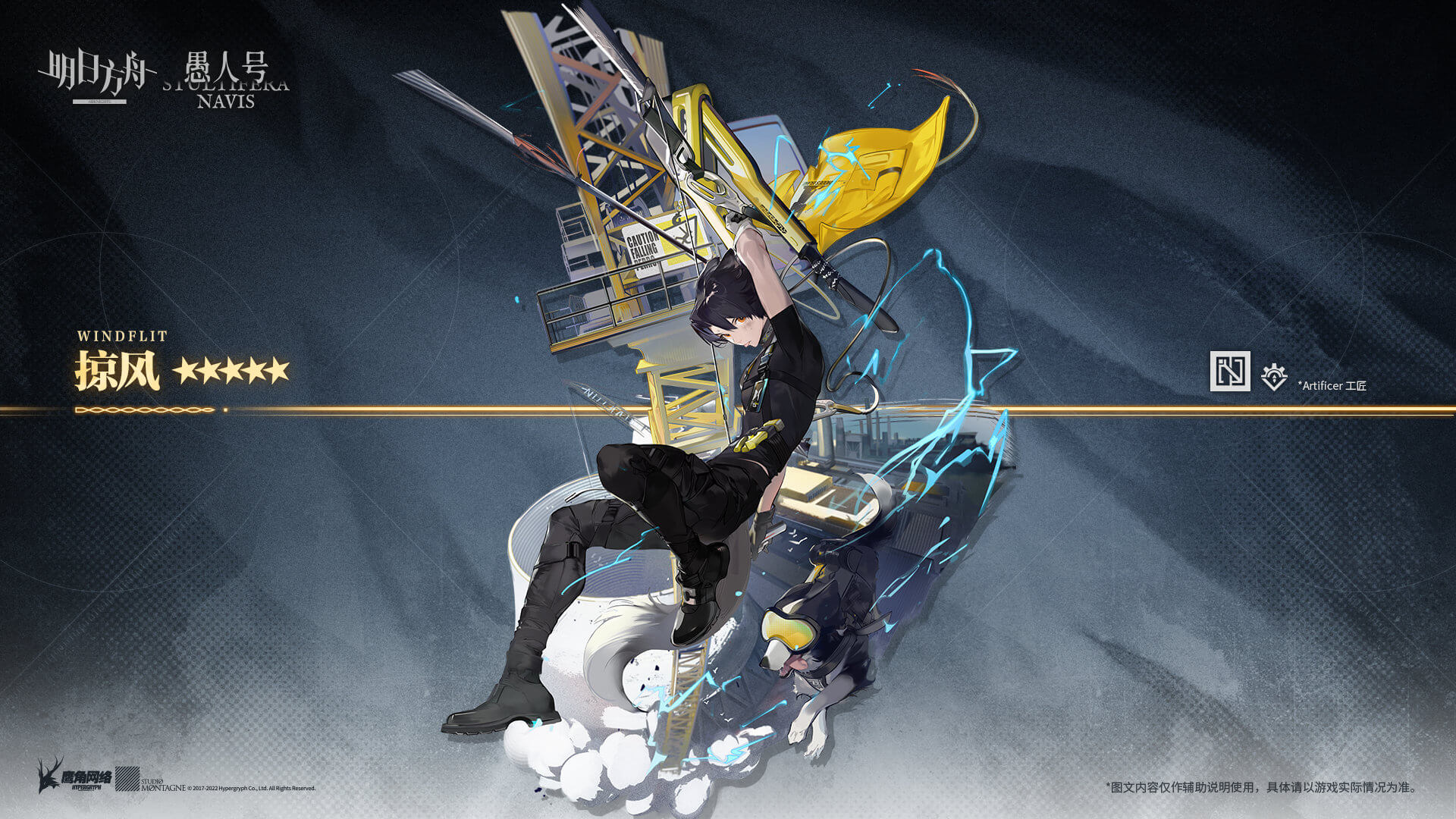