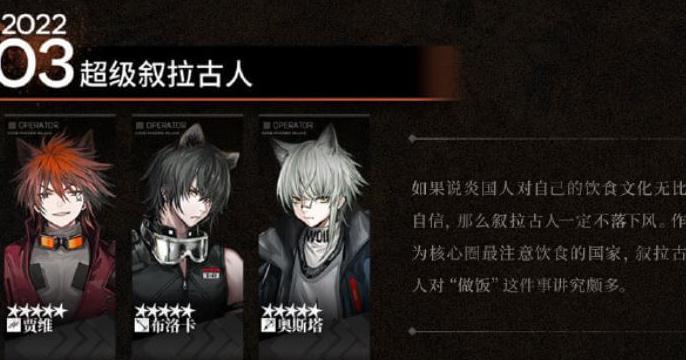 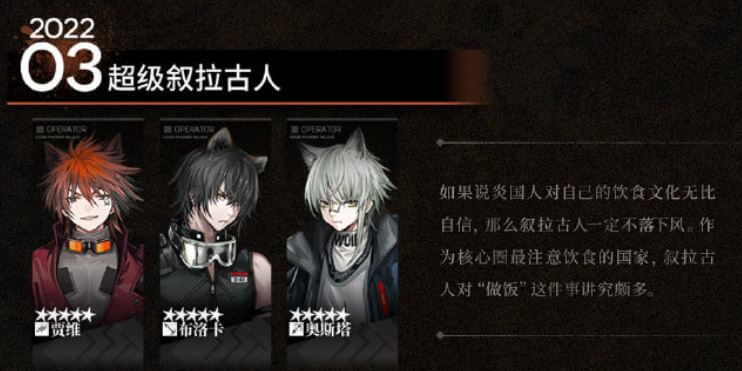 Translated by Twitter user Renn275 and posted with permission. Thanks!

Side note: Do recall the ‘Fury of Siracusa' IS2 relic which is pasta with chocolate. Basically this is also pineapple on pizza discourse but make it Terran Siesta fruit instead.

Super Siracusians
If people of Yen are proud of their cuisine, the Siracusians are not far behind. As a country that focuses the most on dishes at its core, Siracusians are quite particular when it comes to “making food”.

Chat 1
Chiave: C’mon, “Classic Royal Restaurant”, we’re going or not!
Aosta: No.
Broca: Nope.
Chiave: What the hell is with you guys! Such a grand restaurant, such a rare opportunity! And you all refused!
Broca: Who gave you these vouchers…….?
Chiave: Well it’s all thanks to my vast connections…….
Aosta: He won them from some children’s drink raffle.
Chiave: Don’t sweat over the details, are we going or not.
Aosta: Is the Gaulish on the voucher typed wrong?
Chiave: Typed wrong? Wait, I didn’t know you knew how to read Gaul.
Broca: 200% off my ass, are they going to give us money?
Aosta: And the craftsmanship of the voucher is very shoddy, it’s already fading here.
Chiave: Ah!
Chiave: You’re right.
Broca: He’s most probably tricked again.
Aosta: Without a doubt.
Chiave: C’mon, don’t think too much about it, we’ll know it when we see it.
Aosta: Think for a second, what sort of high-class restaurant would produce such a shoddy voucher.
Aosta: And even if it exists, it definitely wouldn’t welcome Infecteds.
Aosta: It’s obviously a scam.
Chiave: Sigh……is that so?
Broca: Wait a second, what’s the signature dish advertised here…….
Chiave: Lemme see………Citrus pasta?
Aosta: What kinda shitty restaurant is this!

Chat 2
Broca: Citrus pasta…I’d heard of it before.
Aosta: Hm?
Broca: I heard a story from a foreman, it’s something from 70 years ago.
Broca: There was a chef from the Conte family who made terrible dishes, and was kicked out of Siracusa by the boss.
Aosta: Oh, I know what you’re talking about.
Aosta: It’s that swindler who escaped to Gaul and claimed himself as a famous chef from Siracusa.
Broca: Yep, that’s him.
Chiave: Eh? Why haven’t I heard of him?
Broca: Er……
Broca: Just read more books.
Chiave: Then? What happened after?
Broca: Well, the lucky bastard bumbled around lying and deceiving everyone, and was actually thought to be a high-class chef.
Aosta: Then he made a buttload of recipes that would drive Siracusans crazy.
Chiave: Such as?
Broca: Well we got citrus pasta, chocolate spaghetti……
Aosta: But Gaulians seem to like it.
Chiave: They don’t sound too bad?
Broca: Excuse me?
Aosta: You sure?
Chiave: Sounds sweet, it would probably taste good.
Broca: You’re dumb.
Aosta: Your taste buds have problems.

Chat 3
Broca: You’re actually reading?
Chiave: What, I’ll have you know……
Aosta: What is this……..a cookbook?
Aosta: You want to learn how to cook?
Chiave: I got interested lately, and this cookbook is pretty interesting, so I wanna try it out.
Aosta: <>.
Aosta: This doesn’t sound too reliable.
Chiave: Look at this spin on a Yen dish, “Strawberry Mapo Tofu”.
Broca: You idiot………
Aosta: You better not let any Yen Operators see this.
Chiave: I’ve decided, let’s learn this recipe.
Chiave: Siestan-Style Fruit Pizza.
Broca: ........
Aosta: …….
Chiave: ……..
Aosta: Broca, prepare the ropes, tie Chiave up.
Broca: Got it.
Broca: Don’t squirm, Chiave.
Chiave: Woah, what are you guys doing?!
Broca: ……Then?
Aosta: Find a Laterano church, throw him in, and let the Laterano priests beat him up.
Broca: Alright.
Chiave: WHY?!