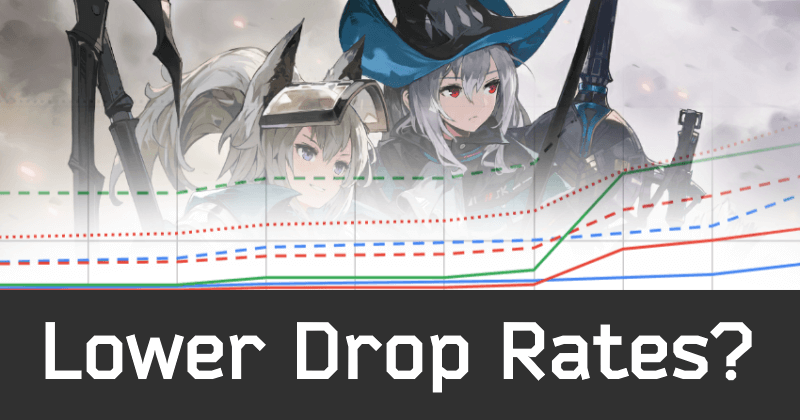 A rerun of [Grani and the Knights' Treasure] will be the next event, but will the drop rates be as good as the first time? For full details on the event, see:

Many players are looking forward to farming GT-5 for Loxic Kohl, and GT-6 for Grindstones. However, if you look at the data on Penguin Statistics for Loxic Kohl and Grindstones, you'll notice that the drop rates for the rerun stages seem to be slightly worse than the original event. The difference is less than 1% though, for both GT-5 and GT-6. Is this just RNG and variance, or are the drop rates really different?

Fortunately, the wonderful world of statistics has a tool for just this situation: the 2-proportion Z test, used to test if 2 populations (the original and rerun stages in our case) have different proportions, based on samples from both populations (the data from Penguin Statistics). If you're not interested in the calculations, feel free to go to the next section. We'll run the test twice, for both pairs of stages. p1 denotes the drop rate of the original stage, and p2, the rerun stage. This test will attempt to reject the null hypothesis. I used a significance level of .05, typical for hypothesis tests. If the test returns a p-value less than .05, we will reject the null hypothesis, and conclude that the drop rates are indeed different. If the p-value is greater than .05, the null hypothesis will not be rejected. Now, it's time to plug values into a calculator; the formulas are a bit too complex for a pen and paper. Calculators like the TI-84 have built-in functions for hypothesis tests, but I have a little Python script to do the same thing. Here are the outputs: 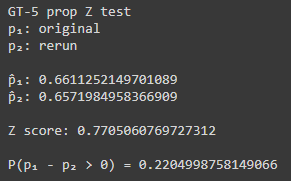 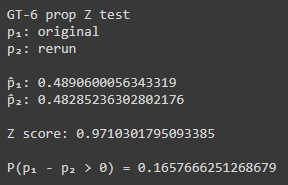 Both of these p-values are above the significance level of .05. In other words, if we assume the null hypothesis (that the drop rates are the same) to be true, the probability of getting these discrepancies is higher than 5%. Thus, we fail to reject the null hypothesis. There isn't enough evidence that the true drop rates of the rerun stages are lower than the original stages.

Even if the rerun drop rates were indeed lower, both GT-5 and GT-6 would still be more efficient than the best story stages, 4-4 and 4-8. So don't worry too much about drop rates, and have fun stocking up on Loxic Kohl and Grindstones.

Arknights: Should You Pull? Standard Banner: Magallan and Nightingale