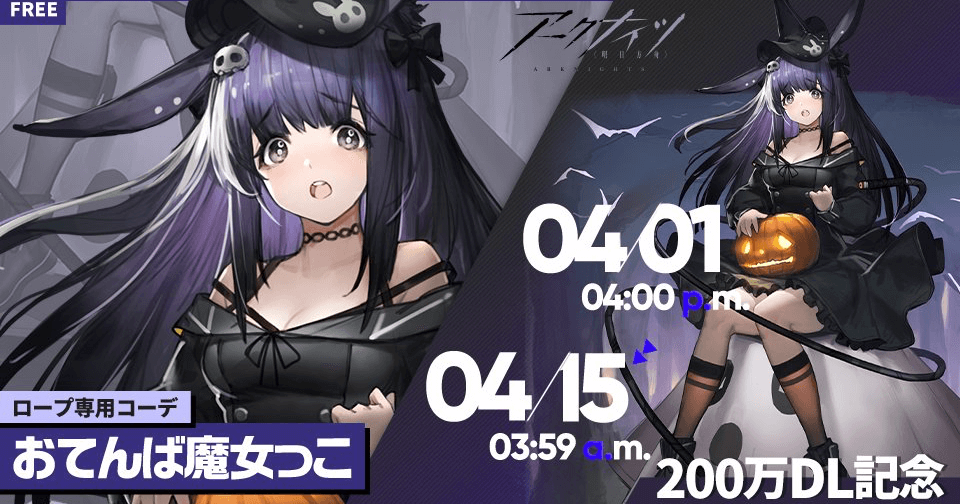 UPDATE: The Halloween Event has now been confirmed for EN as well.  It is being run as a 3,000,000 Downloads campaign. Also listed is a "Full Access Supplies and Chips" Event running from April 8th - April 15th.  There has still been no mention of the Halloween purchasable Skins and Furniture Theme.

It appears that Halloween will be coming early this year for Arknights!  JP and KR have both officially announced the Halloween Sign-In events will be coming on April 1st, as datamine images indicated earlier this week.  Also found by that same dataminer were images appearing to indicate that the purchasable skins and furniture theme would also be coming, which seems plausible at this point.

Some players believe that this could be an April Fools joke, based on the April 1st date.  Others are saying this is an indication that Yostar plans to have Global caught up by Halloween of this year, and that CN and global will share this year's Halloween Event.

EN has not had an official announcement, but to-date it has always followed JP and KR, so there is no reason to believe that it will diverge... until it does. :)

Here are the Sign In rewards for the campaign:

Arknights PSA: Error in RIIC Base Skill Description For Some Operators

Did you use your sanity potions?
( English is not my first language ) I need some advice, please?? So, for the past few…
Using GP Ops planner for the first time
So I went to use the Gamepress Ops planner to track how much materials I would need to…
Can we appreciate The Emperor?
I haven’t seen anyone really talk about him, but The Emperor has to be one of my…
Annihilatio 3
Screenshot_20200601-1958331920×1080 899 KB Damn that was satisfying Anyone else…
Class restrictions
Those rampaging heavies that take the 3 block to stop have me wondering about CC. For…
Read More