Arknights: How is [Phantom and Crimson Solitaire] going for the CN server? 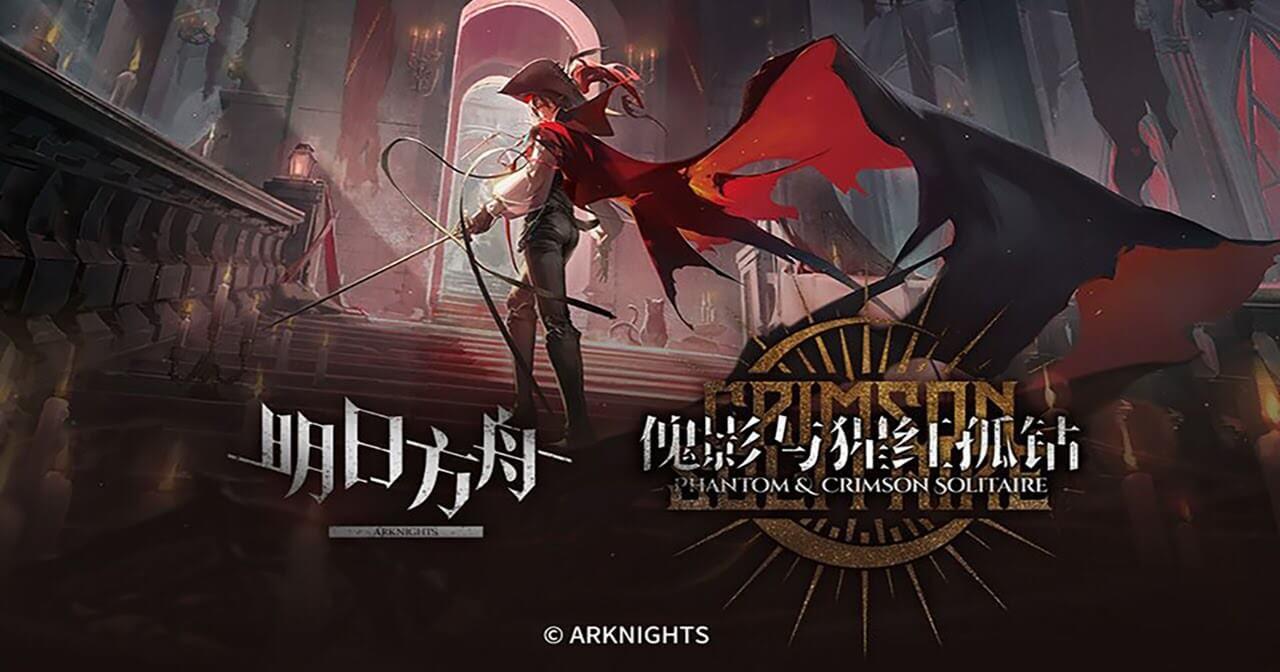 Unlike with the previous iteration of this event, Ceobe's Fungimist, Hypergryph has decided to add a page to their official website in which players can check not only their "high-scores", but also see how it's going for the server as a whole.

With a little bit of digging, we can access this data and uncover some really interesting information for ourselves. Let's get to it! 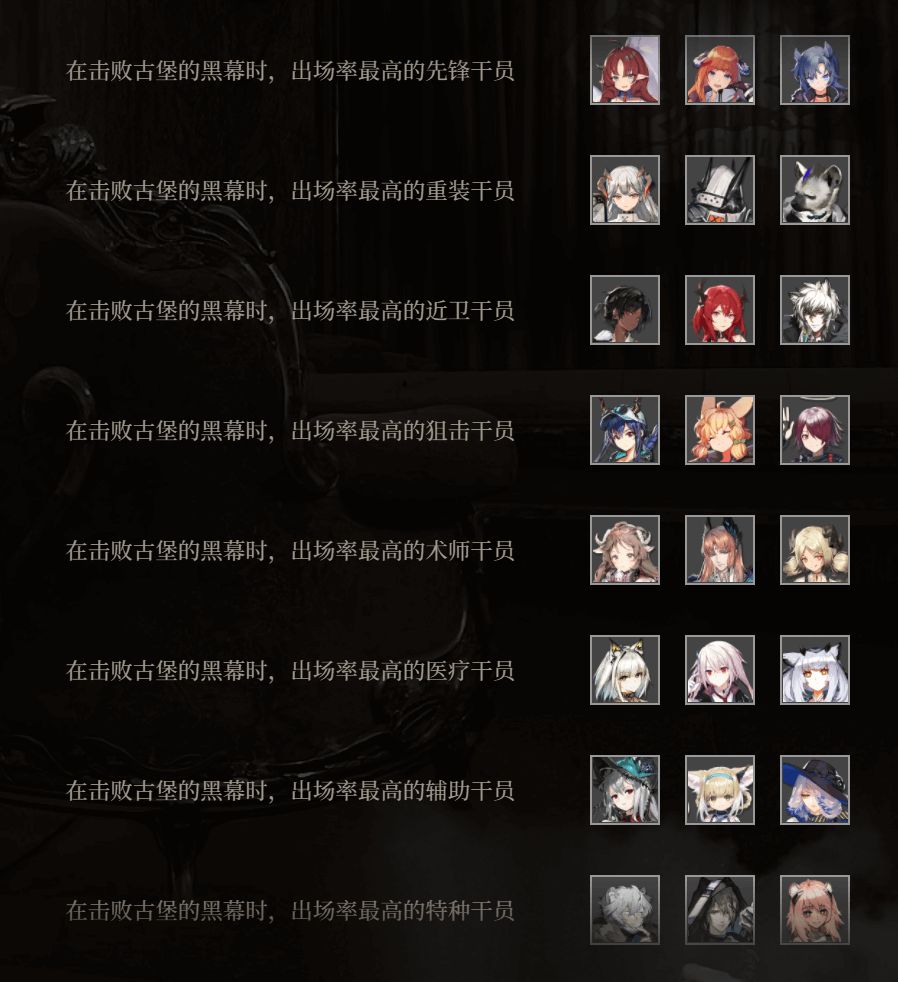 In this image we can see the most popular operators so far for Crimson Solitaire. Perhaps unsurprisingly, the tiers are flooded with both strong 6★ powerhouses such as Thorns, Ch'en the Holungay and Eyjafjalla; and weak-but-cheap 3★ options like Spot, Ansel and Fang.

What is surprising, however, is the presence of Passenger, which is likely the most interesting upset we're going to see. While in previous days his spot used to be occupied by the powerful 4★ Mech-Accord Caster Click, certain new discoveries have made Passenger one of the most popular options, particularly how his third skill, Glorious Shards, interacts with the relic that gives all Casters 2 SP on hit. For Passenger, this results on every single thunder and every single lightning jump of a single cast of his third skill resulting in extra SP as soon as hist 1 second long SP Lockout is over. This lets him spam this skill freely, resulting in massive damage to large groups of enemies, which is quite a common sight in this event.

Also surprising is the lack of certain staples of Ceobe's Fungimist, such as Scene, who started Day 1as the second most used Supporter right behind Skadi the Corrupting Heart, but has since dropped off.  Also absent is Warfarin, who weirdly hasn't appeared in this list at all despite being one of the best options to Exusiai-core strategies. Perhaps it's because Exusiai herself isn't as popular in comparison to Ch'en the Holungday? We'll have to see how this meta evolves.

Another surprising fact is the lack of any Wandering Medic, as neither Mulberry nor Honeyberry appear here, which is quite strange because Neural Damage seems to be quite a common mechanic with the new enemies introduced for this event. It seems like players are instead opting for using few Medics and killing the enemies before damage is something to actually worry about. 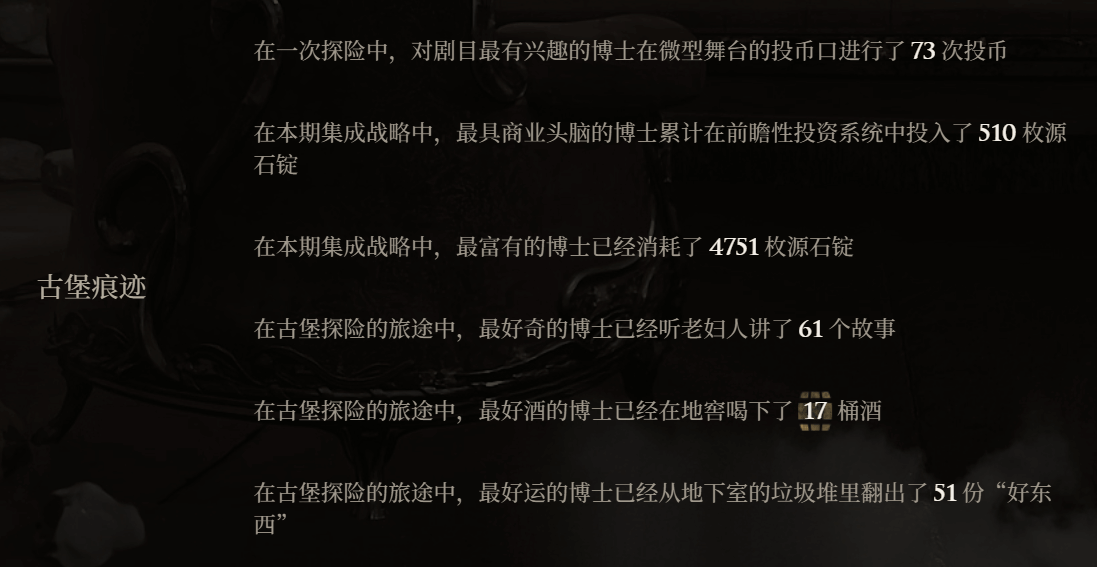 As it was to be expected, players are constantly trying to one-up each other and achieve some of the strangest feats they can think of. This list commemorates some of these weird achievements in a nice list.

One of the random events that players can encounter during this gamemode is a miniature stage in which they can deposit Ingots (one of the currencies in this event) to have a chance at obtaining rewards, which, amongst other things, includes more ingots. What a gambler!

One of the new mechanics introduced in this season of the event is an "investment machine" located in shops inside the event. Players can deposit their hard-earned Ingots and improve different aspects of the game, obtaining powerful buffs up until they've deposited a total of 500 Ingots, though the machine has a chance to break and not accept any more Ingots for the rest of the run every time the player attempts to put one in. These Ingots can also be taken from the machine during subsequent runs, though it does work in quite an... "interesting" way, let's call it.

It seems like players are choosing not to go over the necessary milestone to unlock all bonuses, and instead want to spend their Ingots for items at the shop. It is interesting that it only took 3 days for them to reach this milestone, though!

Can you be a whale in a roguelike? If so, this guy takes that title singlehandedly. I wonder where they used all those Ingots on, though... Originium Slug races, maybe?

Another one of the random events in this season of Integrated Strategies has the player encounter an old lady in the castle, to which they can listen tell a tale for a chance to earn a reward. I wonder what could be so enthralling to listen to her 61 times, though...

I can't imagine this expedition ended really well for this Doctor. Still, not getting kicked out of the event 17 times in a row is quite an impressive show of luck.

This one is another lucky Doctor, though I can't imagine those "goodies" (quotation marks included) must smell really good. 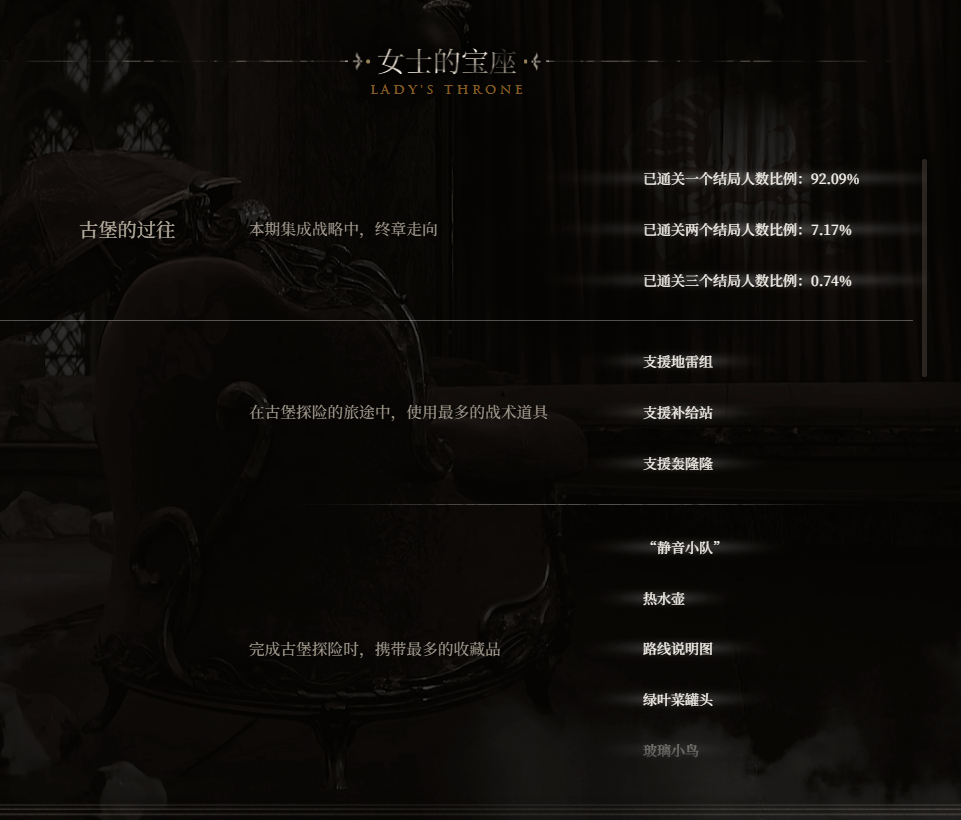 The final piece of information we have to analyze for now is a list of records and most popular items from the entire server, which is divided in three different sections.

The End of the Castle

This part shows how far players got into this event, which, much like Ceobe's Fungimist, has three different endings with their own grueling battles. As of Day 3 of the event...

This shows that the event is approachable for most players, as the event has a really high clear rate, at least at this level.

What a sharp dropoff! It seems like additional endings are quite a bit harder to accomplish, and they require a bit more white matter. For reference, around 6.5% of Japanese players cleared Risk 21 in Contingency Contract Season 4: Lead Seal.

Woah! Very low percentage of players indeed. Sounds like clearing all Crimson Solitaire endings is one of the newest objectives for endgame players to meet. For reference, only around 0.98% of Japanese players cleared Risk 27 in Contingency Contract Season 4: Lead Seal.

One of the new mechanics of this season of Integrated Strategies is the ability to obtain Support Items for each stage through the acquisition of Relics, such as the stun mines or the SP machines from the Maria Nearl event, the roadsigns from the Multivariate Cooperation event, or even completely new items made for this one.

The mines from stage 7-18 are back! They seem to be quite a popular option for players, as it helps take down some of the most dangerous enemies.

Probably one of the most fun (and broken) items to play around with, these are the stations that provide a constant stream of SP to the Operator they're facing towards. Quite broken if you can get enough of them, I'd assume!

These are the stun bombs from events like Maria Nearl. A powerful tool, for sure, but with so many of the strongest bosses being immune to its effect, it's no surprise it's ranked so low.

This final section shows what Relics get chosen the most often by Doctors adventuring into the castle. Let's take a peek at their effects.

This assault drone has a simple but powerful effect: it provides all Operators with a 35% Attack and Defense buff, plus a 45% HP buff. Quite strong!

"Same type as the kettles at Rhodes Island Office. Someone frequently uses this kettle to cook noodles at midnight. This kind of life habits are not very healthy..."

Our old and trustworthy friend. This blue kettle is one of the starting boons Doctors can chose to bring on their journey, and its comforting presence provides 1 extra Hope and 2 more Objective HP.

"A hand-drawn map by an operator, attached with an explanation of the route. Besides the writer, nobody else can understand it."

An old and tattered piece of paper detailing a route through the castle. It lets Doctors deploy one more Operator in the battle stages. Not an incredibly powerful effect, but likely a very common one that boosts early performance by quite a bit.

"Many Cautuses believe that after eating from this can, they will become incredibly strong. Outstanding advertising effect, a successful example in the business world."

P*p*y*'s favourite! This tin of refreshing veggies has an incredibly powerful effect, boosting the Attack of Operators by 50% for 1 second whenever their skill is activated. While this is pretty much useless for operators like Thorns, Surtr or SilverAsh who have very long skills, operators with instant or short burst skills like Exusiai, Passenger S3 or Mudrock S2 are bound to get a massive performance boost from this.

""In my paradise, this little bird will forever continue singing.""

A simple, rare item that increases Hope by 4 and Squad Size Limit by 1. Powerful, if not very interesting for actual combat. Definitely something worth grabbing if you get the chance to.