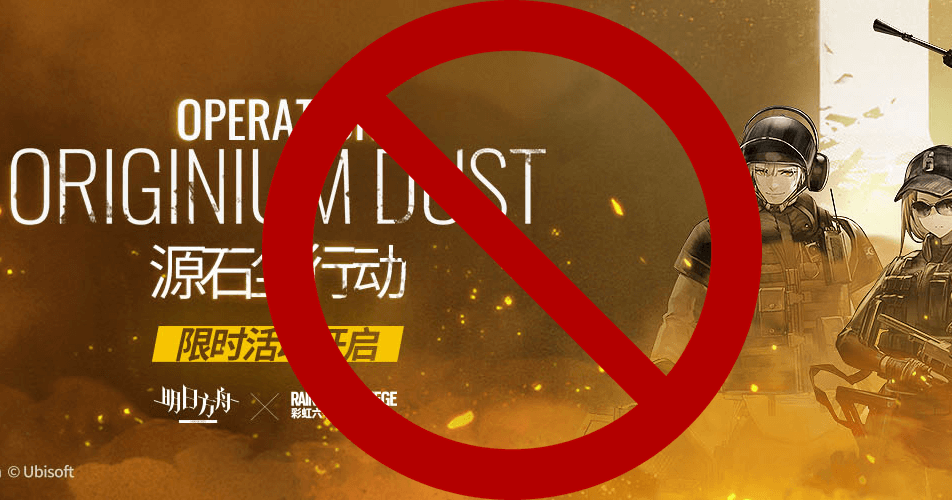 R6 Collab Event is Under Siege!

In a recent interview, the Arknights global publisher was asked about the future of Arknights, and specifically if the recent Rainbow 6: Siege collab event that ran on CN would also be coming to global.  Here is a bit of the translated transcript:

Interviewer: Arknights CN just had it's first major collaboration event, the Rainbow Six - Siege [Operation Originium Dust], a colloboration with Ubisoft.  Are there plans to bring this collab to the global audience?

Publisher Representative: Although the Ubisoft Rainbow Six -Siege collaboration event was very popular in China, our player studies have shown that the interest in this collab is not very high in Japan or Korea.  Therefore we have decided to not bring this particular collaboration to global since the licensing is so much of a hassle, much like we did not have the KFC collaboration Skins and events.  Additionally, we also received many complaints that we had too many limited banners in a row.  As a result, we took a good, long, look at ourselves and decided to cut this limited banner in favor of more standard headhunting opportunities.

Interviewer: Ah, I see, that is unfortunate.  We've been hearing about a lot of excitement and interest from EN players.

Publisher Representative: ooooh.  right!  EN! I forgot about them. Haha.  Funny story, the EN version of the game only exists because our CEO's son wanted to be an English translator and couldn't get hired anywhere else... THAT was certainly an interesting staff meeting. Haha! I think the compromise was that he had to do all the "marketing" for EN too, since we wouldn't spare any actual budget for it.

Interviewer: .... So no Rainbow Six collaboration event for global then?

Welfare tokens
Is it worth buying welfare operator tokens from event shops? I heard you can get…
New Player and CC !?
I want to ask something about the cc event, not specific cc btw. I’ve just started…
Bored Doctah Chronicles #23: Ready for the Challenge Stages ? Mastro will grant you his loli-power if you join his Cult ! (limited offer only today)
__warfarin_arknights_drawn_by_ozeu0916__7bd8dad87b3502809546c3cb7d9476fb1000×1415 365…
Curious Doctor from 1st year anniv
Just wondering since most 6 stars operators in the 1st anniversary livestream had been…
Best support units (general)
I was wondering what you think the best support units would be. Which operators do…
Read More