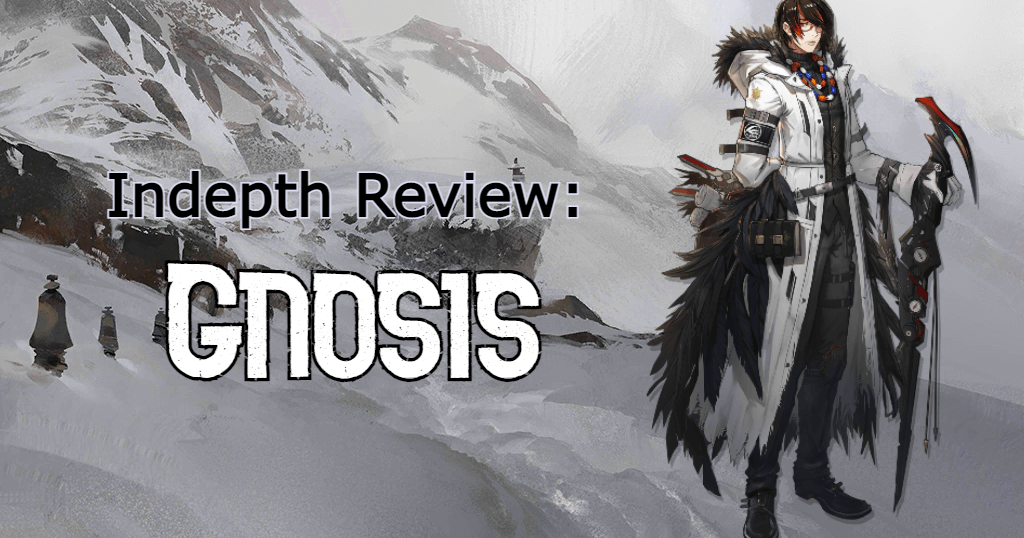 Gnosis is the future 6★ Hexer Supporter featured in the Edelweiss’ Vow banner, which will run alongside the Break the Ice event. Gnosis is the first 6★ of his archetype, which centers around heavy debuffs and powerful Fragile effects to boost the offensive capabilities of your team by a huge amount. Gnosis is also the first 6★ Operator with Freeze mechanics, which will act as his main (and only) debuffing tool. Will this new status effect be as powerful on our hands as it is annoying on the enemies’?

Freeze is a very powerful status effect, but also somewhat difficult to apply. No Operator so far can inflict Freeze directly, but instead need to inflict two layers of the (also new) Chill status effect in order to apply the Freeze status. Gnosis in particular is able to inflict Chill for 1 second with his normal attacks (which will become a very important part of his kit as we will discuss later), and all of his Skills are designed to help him cheat out powerful Freezes with ease.

As for the effects themselves, Chill only debuffs enemies’ Attack Speed by -30, which is not particularly notable as it’s neither a very strong nor a very unique debuff. When two layers of this effect stack, though, the duration will reset and the target will be inflicted with Freeze, a debilitating effect that can completely disable enemies (much like Stun effects) and debuffs their Resistance by 15, boosting all Arts damage. All these Freeze and Chill applications can stack with each other as well, further extending the duration of the effects or more easily applying two stacks of Chill if you have additional sources for the effect, such as Kjera or Aurora.

Something we will see again and again with Gnosis’ entire skillset is how powerful he can potentially be if enemies are susceptible to his status effect, but also how weak he becomes if he is not able to utilize his main strength. If enemies are Freeze immune, Gnosis’ power drops sharply, essentially becoming nothing but a somewhat decent Caster. Keep this in mind as we discuss his skillset. For now, let’s take a look at his stats! 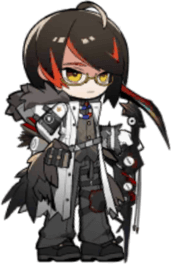 Gnosis’s archetype is characterized by having slightly higher defensive stats (both Defense and HP) than other Operators in their class, though they still remain pretty squishy. They have slightly lower Attack stats as well, but somewhat make up for it with their lower Attack Interval as well (1.6 seconds to the Slower Supporter’s 1.9).

In general, stats for this sort of Operators do not matter as much, but Gnosis in particular would have benefited from slightly higher Attack values, as he has much more marked offensive capabilities than other operators in his archetype, like Shamare.

Every time Gnosis attacks, inflict Chill for 1 second on the target. Chilled targets in range receive a 25% (+2% at P5) Fragile effect, while Frozen targets receive double that amount.

This Talent is paramount to Gnosis’ kit, and also what makes him so incredibly polarizing in most content. On one hand he has the second strongest Fragile effect in the game, only behind Shamare’s Malediction, which is conditional on enemy HP. This makes him incredibly powerful as he can massively boost all Operator’s damage output significantly, but being tied to his Chill and Freeze effects also mean he loses all of his support tools as soon as the enemies become immune to these effects. This is why Gnosis’ power varies massively from event to event.

Still, it is undeniable that when enemies are susceptible to Freeze, this Talent makes Gnosis into an excellent Operator, and this is even more notable in additional gamemodes where Attack Speed boosts are more common, such as Integrated Strategies or Stationary Security Service. If Gnosis has an Attack Speed bonus of 60 or more, his normal attacks will become fast enough to keep one enemy in his range permanently Frozen, turning him into one of the best Operators for these alternate modes.

When automatically activated, this skill changes Gnosis’ next normal attack to a double hit with 170% damage each. From SL7 onwards, this skill activates every 4 seconds.

This is Gnosis’ weakest skill by far, though it’s also his most consistent application of Freeze, in case you want that instead of the powerful burst he can enable. If used as some sort of consistent damage Caster replacement, Gnosis struggles to keep up against Eyjafjalla’s Ignition even when his Freeze is taken into account.

This skill also does not benefit significantly from Attack Speed bonuses as it has a per-second SP charge method, and eventually Gnosis’ Attack Speed may become fast enough that the instant Freeze application of this skill might be completely wasted as well, making it a poor choice for events in which Gnosis can shine as well. In general, I would not recommend using or investing in this skill, especially since its mastery gains are pretty awful. 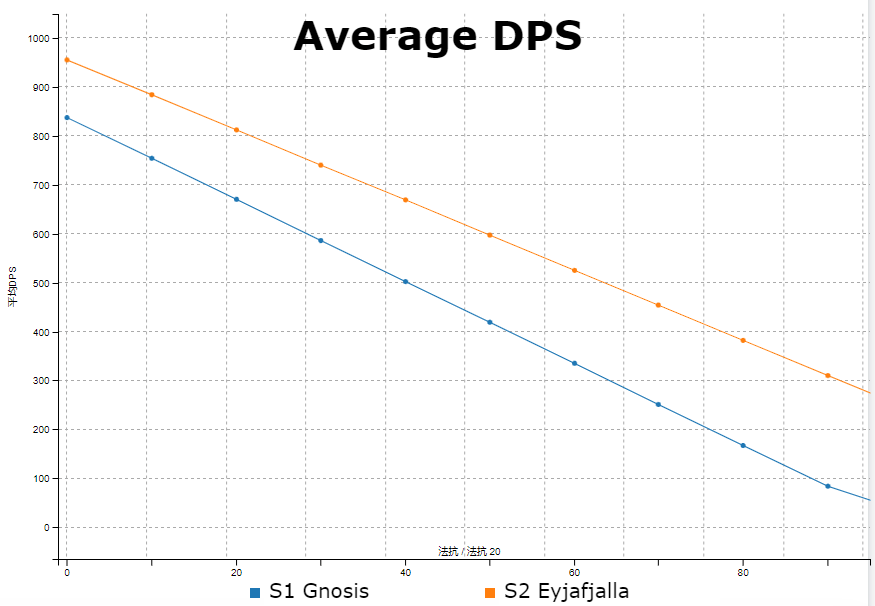 This is Gnosis’ more “stall-oriented” Skill. The short duration doesn’t really allow for most DPS skills to take great advantage of the instant, AoE Fragile effect, but the really quick cycling can allow Gnosis to constantly cycle Freezes with other Operator’s stall skills efficiently. At only 12 seconds of SP for the Overcharged effect, Gnosis only needs an additional 8 seconds of stall to inflict Freeze again, even less (just 4.5 seconds!) if he’s paired with Suzuran for her SP-boosting Talent.

The non-Overcharged version of this skill can also be used to stall enemies effectively by casting it on enemies already Chilled by Gnosis’ normal attacks, resulting in a 4 second long Freeze that can cycle into itself repeatedly with an SP booster for very, very long single-target stalling.

Still, the stall possibilities of this skill have yet to be as powerful in practice as they seem to be on paper, as enemies are either immune to the status effects necessary for it or Gnosis’ other skills are better to set up quick kills, so this skill has not seen as much usage as it potentially could have. Regardless, it’s worth keeping an eye on it, as the consistent damage is pretty good even if all these previously mentioned features cannot be utilized to their full extent.

When activated, this Skill boosts Gnosis’ Attack Speed by a massive 130, taking his Attack Interval down to 0.7 seconds, and makes all his attacks target two enemies at once. All enemies within range will remain permanently Frozen until the skill ends, and Gnosis will constantly prioritize unfrozen targets with his attacks. Once the skill ends, all Frozen enemies will be cured of the effect and receive 600% Arts damage.

This is Gnosis’ main skill for general content, and the effects are pretty impressive. Even though the 40 SP Cost is quite large, keeping every single enemy within range Frozen for 13 seconds (which brings both a -15 Resistance debuff and a 50% Fragile effect) pairs quite powerfully with burst damage skills. Gnosis’s own attacks are also boosted by these effects, resulting in quite a powerful burst of multi-target Arts damage that also acts as DPS support for all other Operators. What’s not to love?

Of course, the DPS is nowhere near as powerful as Operators purely designed for burst damage (such as Eyjafjalla or Ifrit), but the massive support capabilities more than make up for it. 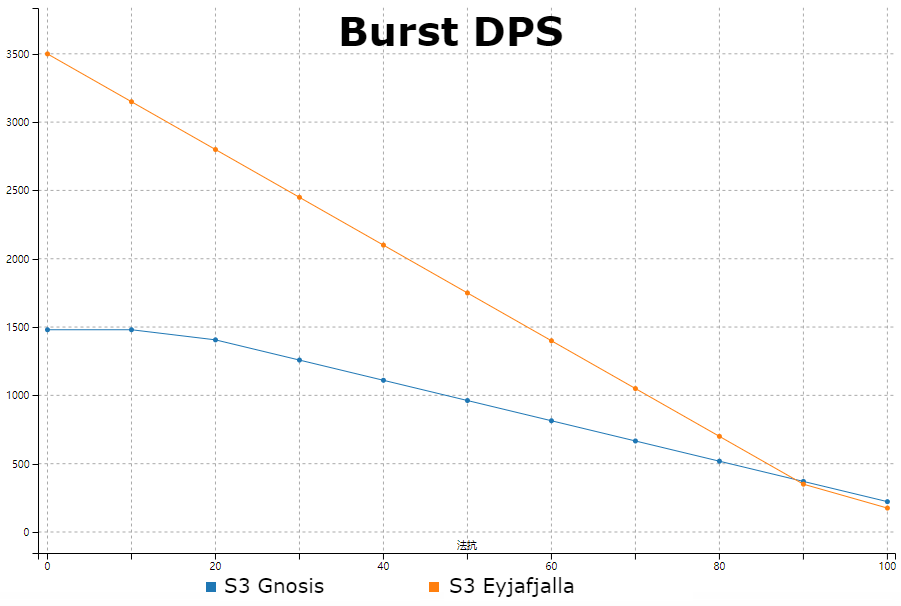 Gnosis scales somewhat better against Resistance due to his Resistance debuffs, but Eyjafjalla's pure burst overcomes it easily.

So, should I pull for Gnosis? Is he as great in practice as he seems on paper? Can he act as a viable alternative to other Fragile sources? The answer is PROBABLY. As previously mentioned, Gnosis’ viability for content ranges from “absolute monster” to pretty mediocre, and it all depends on whether or not enemies are made immune or susceptible to his status ailments. He has already proven himself to be quite powerful in alternate gamemodes such as Integrated Strategies or Stationary Security Service, and it is almost impossible that he will not trivialize some more events in the future or even be core to high-risk Contingency Contract clears, but he is much more inconsistent with his power than practically any other Operator in the game. Keep that in mind when you pull for him. 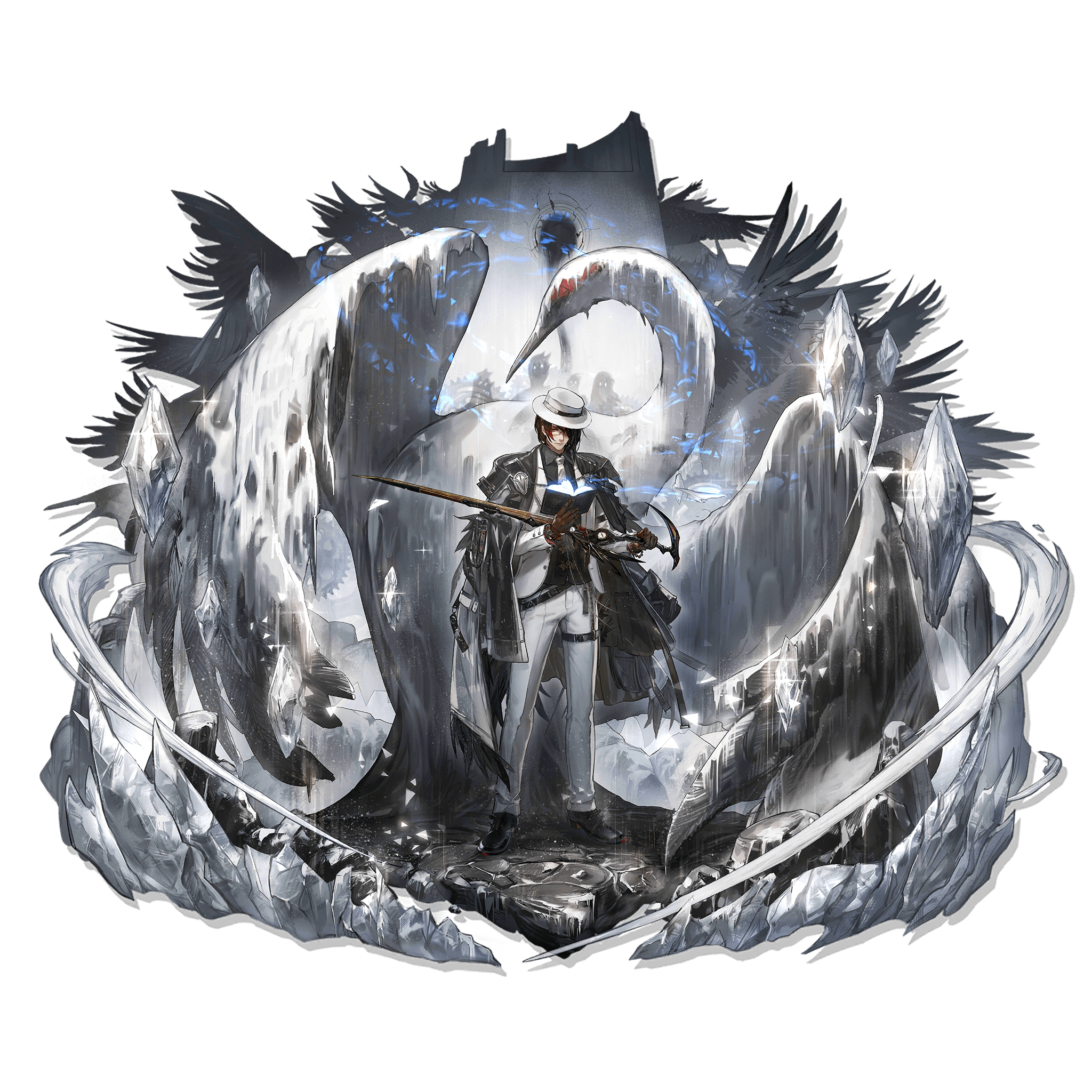