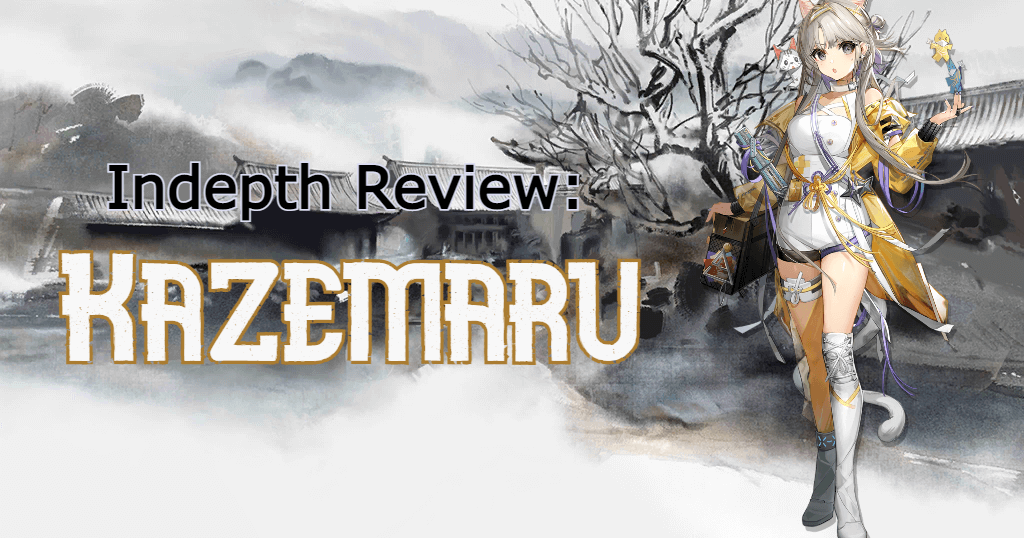 Kazemaru is the future 5★ Dollkeeper Specialist featured in the Flame of Immaculacy banner, which will run alongside the Guiding Ahead event. Kazemaru will be the first non-welfare and second 5★ of her archetype, featuring a very different skill focus compared to her predecessor Bena, whose main idea was absurd amounts of damage mitigation. Let’s explore her kit a bit further!

As part of one of the most unique archetypes in the game, Kazemaru only loosely follows the rules of her class. Both her skills have some mechanism through which Kazemaru can cut her own HP in order to control the appearance of her substitute, Kaminingyo, which acts as the main cornerstone of her kit.

In stark opposition to Bena, Kazemaru does not use her substitute as a second HP pool through which she can constantly heal herself back to full, but instead as an offensive tool that she actively wants to summon often to truly showcase her offensive capabilities. Much like Bena’s substitute Kaminingyo cannot block, can target all 8 tiles surrounding her position while constantly dealing Arts damage. Unlike Annie, though, it cannot hit air. 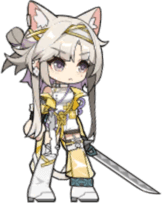 Compared to the only other Operator currently in her archetype, Kazemaru has significantly lower HP than Bena (partly because the former does not get any Trust bonuses to HP) but a slightly higher amount of Attack. As Kazemaru is not a welfare Operator she also has less base DP cost than Bena.

Kazemaru has an Attack stat comparable with what’s expected of Merchant Specialists of her rarity, but with significantly less HP and Defense.

Whenever summoned, Kaminingyo immediately deals 270% (+5% at P5) of her Attack as Arts damage to all enemies in the surrounding 8 tiles

This Talent acts as the cornerstone through which Kazemaru can deliver her bursts of Arts damage. As we will see later, this Talent is essential for the correct functioning of her second Skill, though it doesn’t interact much with the first one. Triggering this Talent naturally requires Kazemaru to die in order to swap to Kaminingyo, which might be useful if she’s constantly deployed on the frontlines with little to no support, but anything able to force this swap is likely not going to suffer too much from a single burst of arts damage equivalent to an Eyjafjalla’s Ignition at M1. 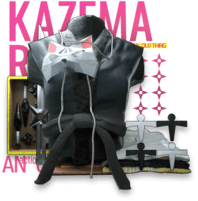 This basic branch of Kazemaru’s Module can be strong if you plan on using her second Skill very often to constantly have the Kaminingyo attacking. This Module alone will increase Kazemaru’s burst by around 100 DPS, without taking into account the extra damage the substitute will be doing. Still, Modules are not cheap investments and there are definitely better material dumps than a DPS increase of this caliber.

The advanced stages of this Module seek to boost the damage of her Talent even further, once again benefiting her second Skill, but the actual DPS increase is extremely disappointing, clocking in at ~50 extra burst DPS. Considering how expensive these are, I would not recommend upgrading Kazemaru’s Module.

Except for the part where she cuts her own HP, this Skill is really nothing more than a generic Powerstrike. Kazemaru can make good use of it thanks to her relatively short Attack Interval, but this skill does not interact in any meaningful way with her Talent, making it a strange option for her. It is still quite a good option if you are looking for some consistent laneholder of this rarity, though.

When activated, Kazemaru immediately loses 50% of her HP, increases her Attack to 120% and summons the Kaminingyo in any of the 8 surrounding tiles, prioritizing those with enemies on them. The Kaminingyo stays on the field for 20 seconds before retreating.

This is Kazemaru’s main Skill, giving her a way to summon her substitute on demand to deal a sizable amount of Arts damage to all nearby enemies as well as obtaining some decent burst through the Attack boost. With a 50% uptime even at SL7, this Skill lets Kazemaru quickly dispose of large waves of weaker enemies one after the other while chipping away at elite ones with some workable Arts damage.

Still, as previously discussed, keep in mind that the damage of the burst derived from her Talent is not that massive, as it somewhat pales in comparison with consistent Arts options such as Eyjafjalla’s Ignition. Make sure you take full advantage of the melee positioning and substitute mechanics if you want to keep Kazemaru a threat for the enem

So, should I pull for Kazemaru? Is her melee Arts burst strong enough to warrant bringing her as a primary Arts dealer? The answer is PROBABLY NOT. Kazemaru has a niche as an offensively-oriented Dollkeeper Specialist, but her damage is not incredible enough to stand above other Arts users, and the niche is not unique enough that other Operators can’t perform similarly (if not better) in most situations. While she is a fun Operator to utilize and she definitely pulls her weight, Kazemaru doesn’t necessarily bring anything to the table that you won’t already be able to accomplish with someone else, making it a weird pick for more advanced rosters. Newer players might still find her versatility and decent burst good options for their underdeveloped rosters, as her archetypal gimmick is not too obstructive. 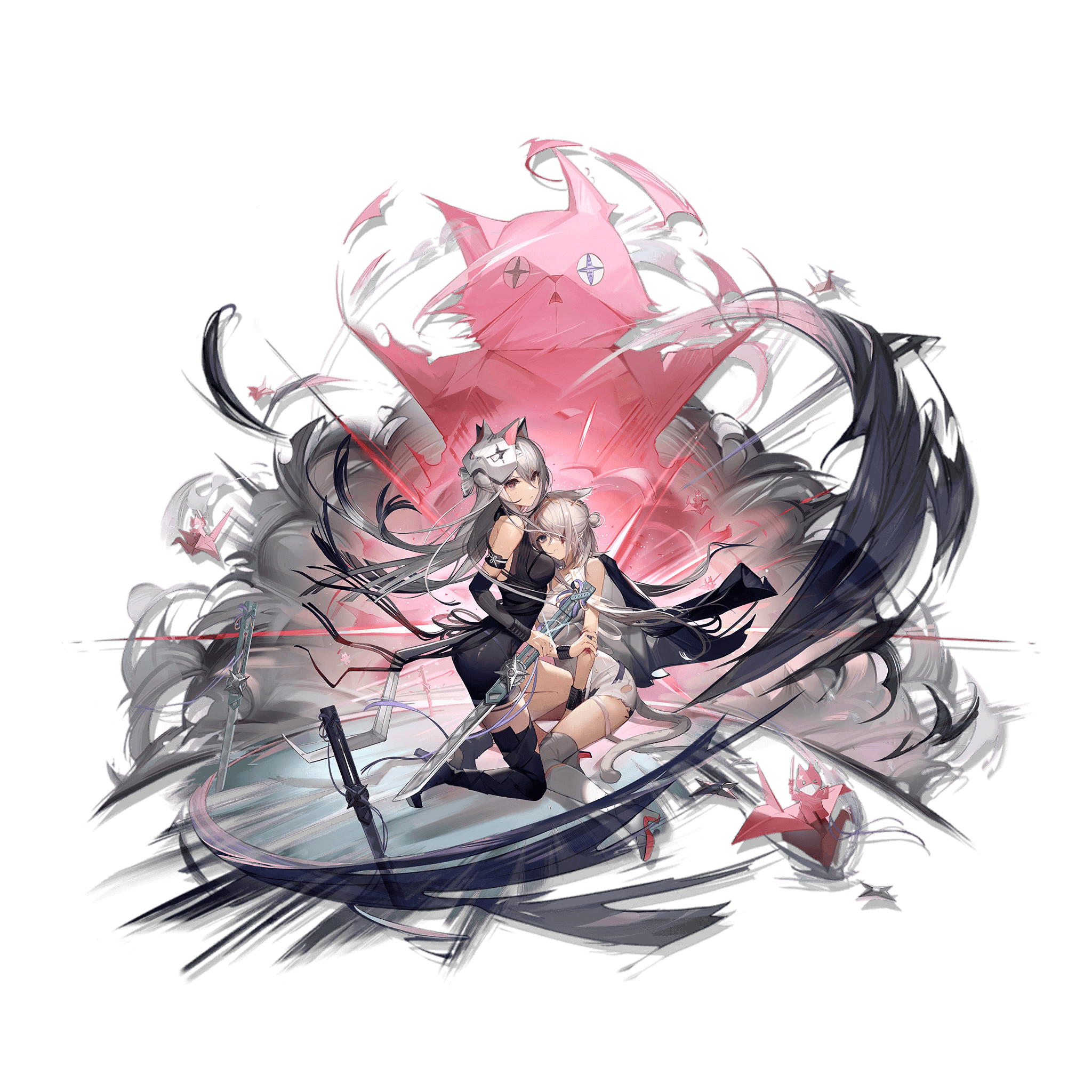