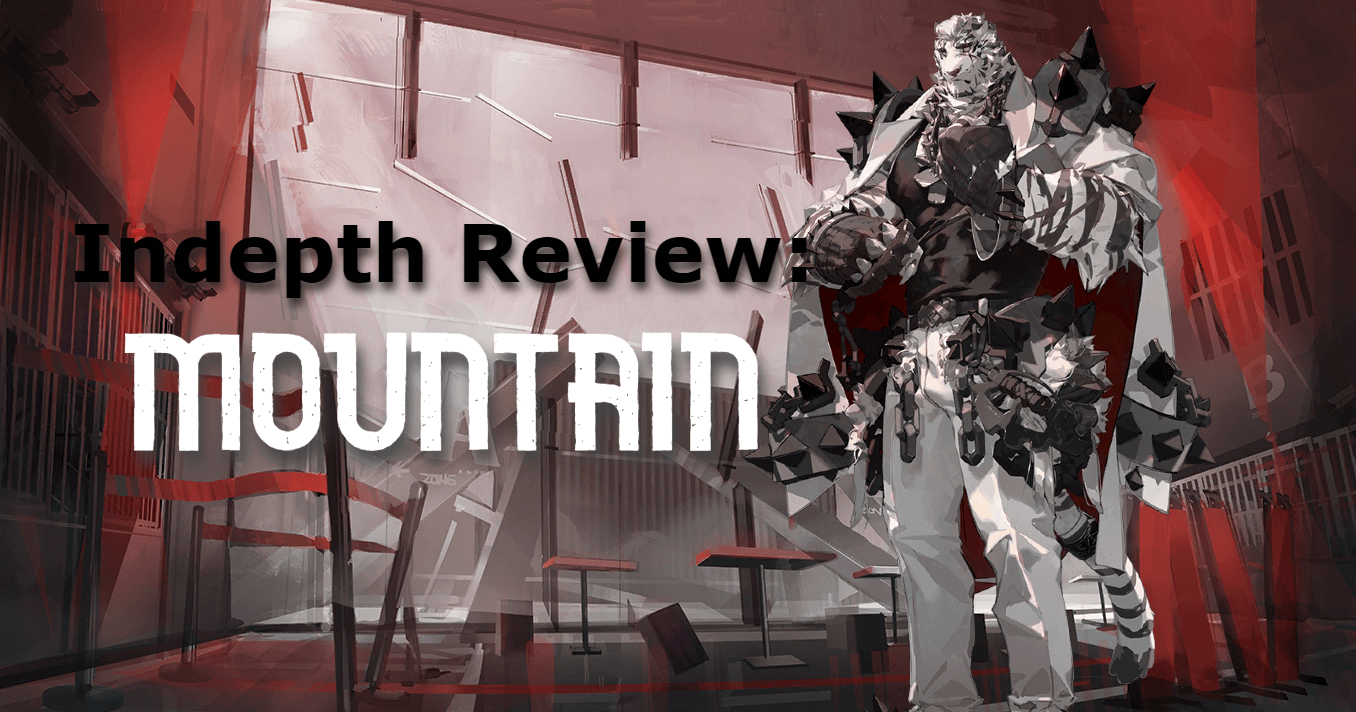 Mountain is the future 6★ Brawler Guard featured in the Jail Tiger Unchained banner, which will run alongside the Mansfield Break event. Does he stand out enough in the current guard-flooded meta to be worth pulling for, or is he shackled to mediocrity by his unfortunate role? Let’s find out!

Up to this point in the game, all Brawler Guards have been varying degrees of useless, with neither their stats nor their skills allowing them a place in any self-respecting team, even after the buff to their HP and ATK. However, there is still strength in their extremely low cost, rivaling even the cheapest vanguards. Mountain takes full advantage of this by serving as a high damage, high survivability and high self reliance unit that remains powerful from the very beginning of the fight right until the very end. If what you want is a quick answer to whether you should pull for him or not, the answer is most definitely yes.

Yet, it’s normal to see people doubt his usefulness, with Blaze and Thorns being equally powerful, self-reliant and boasting other interesting abilities of their own, so, how does he actually fare in comparison to these well-established units? To find out, we must delve a bit deeper into his kit. 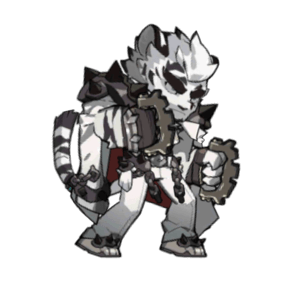 In a meta plagued with powerful guards, how does Mountain fare?

One of Mountain’s biggest strengths is how cheaply he can be deployed in comparison to other powerful units. He is the cheapest 6★ Guard in the game, costing only 11DP at E2 with no potentials (that is the same as 3★ Fang!), and is only beaten by Phantom among his same-rarity peers. His stats, however, do not suffer because of this upside, as while his attack is indeed lower than other 6★ Guards (more on this in the Skills section!) he is not only tankier than most others in regards to HP, but also has a much shorter attack interval, letting him attack quicker with his powerful punches.

It must be noted, however, that due to his Brawler archetype he will only block one enemy at a time if no skill is up, and he has no Arts Resistance.

Almost as simple as they come, Mountain’s talents serve to both strengthen his punchers and make him even more resilient against whatever may come his way. His first talent, Forceful Fist, gives each of his attacks a 20% chance to deal 1.6 times the damage and inflict a hefty -15% ATK debuff to all enemies hit for 3 seconds. This pairs well with his second talent, Sturdy Constitution, which makes him even harder to take down by boosting his defense even further by an additional 10% and granting him a 15% chance to dodge all Physical attacks.

So far he probably looks like a really tanky Guard with decent offensive capabilities. However, the real punch comes from his skills, particularly his second and third. Let’s take a look at those!

If you’ve ever used SilverAsh’s Skill 2, this one will seem very familiar. As the previously mentioned skill, Sweeping Stance is a Stance Change-type skill, meaning that, for a very small cost of just 5SP, the operator will be able to permanently switch into a different stance, granting powerful bonuses you can opt out of at will. Unlike SilverAsh’s, which solely focuses on improving his defensive capabilities, Mountain’s S2 actually lowers his defense by 20%. In addition, his range is also reduced to that of a regular Defender, his tile only, but he becomes a pseudo-AoE Guard, getting +1 to his block count and hitting all enemies within range. Yet, that’s not all! This skill also boosts his attack by 80% (remember, this is a permanent boost as long as you don’t deactivate his stance) and he will recover 7% of his maximum HP per second.

All in all, this is Mountain’s bread and butter skill, and more than deserves being raised all the way to Mastery 3. To put it into perspective, S2 Mountain has an absolutely monstrous 1137 attack with a very short attack interval for the DP cost of deploying a low rarity Vanguard, not to mention his attacks are also AoE.

The downside of the defense debuff becomes almost negligible, getting partly offset by his second talent and bandaged by his enormous HP regeneration, which in turn turns him into a tanky beast that sacrifices basically nothing for an incredible damage output with literally no setup and 5 seconds of wait time.

Compared to his second skill, S3 is significantly more complex, interacting with his talent but also coming with a number of buffs and debuffs. Starting from the top, this skill significantly slows down Mountain’s attack interval, by 70%. This, in turn, makes him hit about as fast as SilverAsh, with an interval of 1.3 seconds per attack. with that out of the way, let’s discuss the positive aspects of this skill, because there are many!

First of all, his attack is doubled, simple as that. At its maximum specialization level, this skill comes with 30 seconds of a 100% attack boost, heavily boosting Mountain’s damage; and if that wasn’t enough, his talent activation gets a massive boost to 75% AND he hits twice with every attack. This results in his first talent triggering an average of ~94% of the time per attack, resulting in an average boost of 150% ATK on top of the 100% intrinsic to the skill itself. This is, simply put, absolutely insane. Yet if this wasn’t enough he’s also capable of hitting up to 4 enemies within range and his range extends to a 1-tile long cross around him.

And if you thought that was enough for a single skill to have, it still has one extra trick up its sleeve, and one with a lot of strange yet powerful uses. With every single attack Mountain performs with his third skill active, he will also push all enemies hit with medium force (that’s the same as a S1 SL7 Shaw, for comparison). Whether or not this is positive depends completely on you, as obviously each push sends enemies further away from Mountain, potentially out of Mountain’s range or into other operators. Apart from the obvious aspect of pushing enemies coming from strangely-designed lanes into holes, a push with such a short interval also comes with an interesting, if more technical, use. Every enemy that can be pushed, even if just a little, can be interrupted, completely resetting whichever attack animation they were performing at the moment. Against enemies with complex abilities like the Kazimierz Bladehelm Knightclub Trainees and Bladehelm Knightclub Elites, if timed correctly, Mountain can easily kill them before they are able to cast their annoying attack debuff, by constantly pushing them ever so slightly so they cannot continue with the animation tied to it. This, of course, also applies to any other enemy with a slow-ish attack speed, rending them useless if timed correctly as long as they can be pushed, even if just a tiny fraction of a tile, making Mountain a very competent solution in dealing with Enraged Possessed Soldiers, Enraged Possessed Leaders, Avengers, Hateful Avengers and even Wraith-type enemies 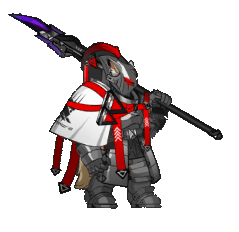 So, is it worth pulling for Mountain? Is it still worth it if I have every single Guard in the game already at E2 90 M3? And what if I’m a new player? The conclusion is, no matter your circumstances, a resounding YES. Mountain is and will remain a unit perfect for both the new and the veteran, and both the casual and the hardcore. He’s a perfect generalist that still sees a sizable amount of use in endgame content such as high risk Contingency Contract, including max risk dailies and well past R18 permanent maps. Even without talking about the other units present in his banner (Kafka and Pinecone), there’s no reason to skip Mountain. 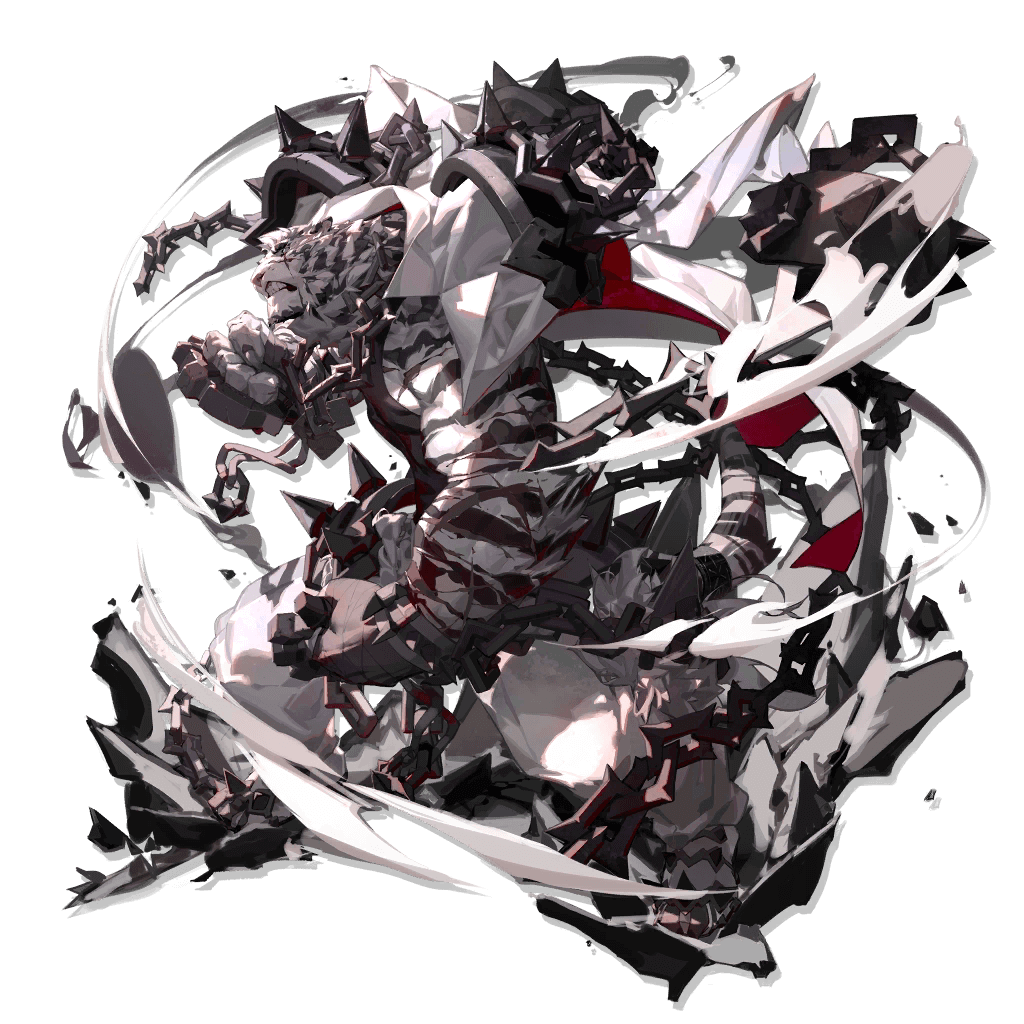