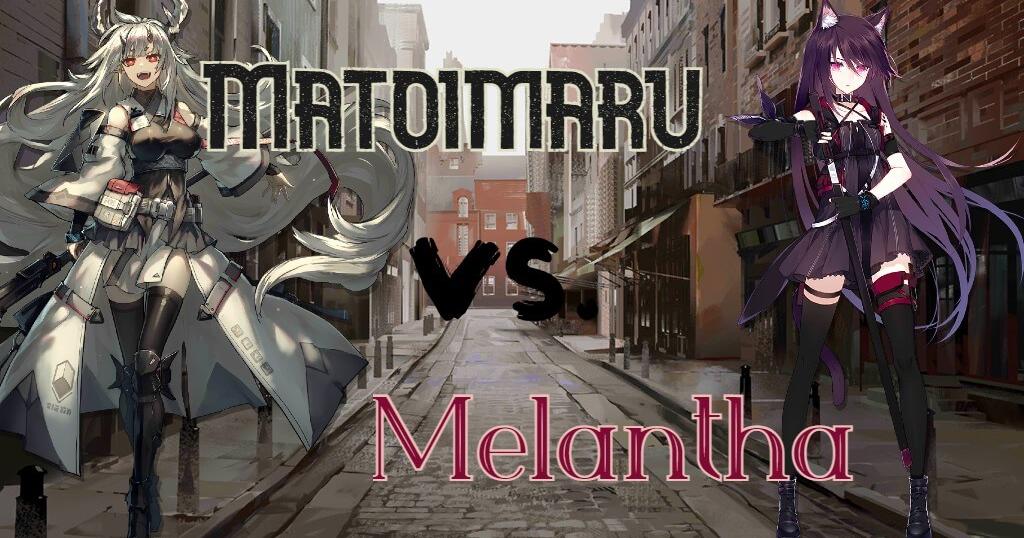 With the release of our recently uploaded New Player Tier List, many have started wondering why Matoimaru is recommended as a better early game option than Melantha, once again sparking a very old debate. This article will explain the reasoning behind this decision and if one of them is indeed “better” than the other, taking into account their combat effectiveness, base efficiency, availability and cost of raising.

Matoimaru and Melantha are Fearless/Duelist Guards. As such, they have the stat spread one would expect: High HP, high Attack, low DP Cost and Block 1. This spread results in their typical usage being taking down high priority targets, often by themselves alone, and downing them before they can wreak havoc on your party. They can also be used as regular DPS units in front of defenders to increase frontline DPS and help take down the enemies that will inevitably leak past them.

In this regard, both Matoimaru and Melantha are pretty much toe to toe with each other. Due to her talent, Matoimaru has a lot more HP but suffers a Defence penalty upon reaching Elite 2. The higher HP is pretty significant, making her not that much worse at tanking physical attacks, and improves her durability against Arts-using enemies such as Senior Casters and Senior Casters Leaders, one of the most significant threats early on. Still, this requires promoting Matoimaru all the way to Elite 2, which you probably don’t want to do. Before that point, Melantha’s HP and Defence are both slightly higher. 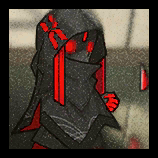 Concerning DPS, however, things get a little more difficult to explain. Melantha has a higher attack compared to Matoimaru at the same investment level, leading to a slightly higher average DPS when no skill is activated. In fact, even when their DPS skills are taken into account the former will still have a slightly higher DPS (about 40 damage) due to their skill cycles, making Melantha the better option for simply holding lanes so long as enemy Defence doesn’t exceed 800.

Matoimaru, however, is much better at bursting down high priority targets, with around 150 more damage on enemies with really high defence values of 1200+. Her second skill, Demonic Power, can be triggered in just 24 seconds upon deployment, much faster than Melantha’s 40. This gives her high helidrop potential against those dangerous threats we spoke about previously. The downside, however, is that her Defence is reduced to zero while the skill is activated, limiting its usage to Arts enemies, which, coincidentally, just happen to be the kind of enemies newer players will want this kind of unit for.

As a 4★, however, Matoimaru also gets the versatility of having two skills, with her first one Regeneration β, giving her a great amount of self-sustain. She also gains the possibility of being promoted to Elite 2, allowing her to potentially scale further into the endgame, if you so desire (which you probably won’t).

Matoimaru is one of the only two 4★ able to solo a Worldcurser!

In regards to base, Matoimaru can be a useful Operator to get to E1, so much so that most players often do it before getting their first E2 operator. This is because at her first promotion level she unlocks the base skill Order Distribution·β, a 30% boost in order acquisition speed when stationed in a Trading Post. For new and even intermediate players without an extensive roster, this is likely one of the best available to them, as they are likely to lack base combos like Texas/Lappland/Exusiai or Shamare/Bibeak.

In raising Matoimaru, new players will not only get a strong combat operator, but also a very powerful base worker that will last with them for a really, really long while, if not for the entire game.

Melantha is also pretty good in the base, with her Supply Management base skill providing a 25% boost in acquisition speed and a +1 to the order limit whenever she’s stationed in a Trading Post. This skill, however, is unlocked by default and doesn’t require the player to promote Melantha at all.

One of the advantages that Melantha has over Matoimaru is her availability, as she is the reward from clearing Stage 0-11, the last level in the Prologue Episode. This, paired with her status as a 3★ and her availability in both Headhunting and Recruitment makes her a basic tool present in every Doctor’s operator list.

In contrast, Matoimaru is a 4★ available in Headhunting and Recruitment as well, but there’s no combination of tags that guarantee her appearance, as she shares her Recruitment Tags (Melee, DPS, Survival, Guard) with both Melantha and Indra. She’s a low rarity unit that’s easy to obtain through recruitment, just not as much as a free unit. New players might also be better served trying to acquire other, higher impact Operators from their recruitments (like Myrtle or Vermeil). 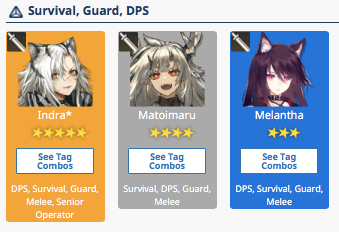 Another point Melantha has over Matoimaru is the cost of raising and promoting. To promote Melantha (or any 3★ operator, for that matter), one simply needs to have 16.400 EXP and 23.950 LMD, making it incredibly cheap and accessible to most players. By contrast, Matoimaru needs 20.200 EXP and 34.600 LMD, which isn’t really a noticeable increase, but also requires the player to be capable of clearing Stage PR-D-1, which not only isn’t accessible every day of the week, but may also prove to be difficult for extremely new players.

Nevertheless, Matoimaru only takes around 3 and a half months to pay off her entire cost if replacing a 15% speed boost operator in the factory (from ScifiGemini’s RoI calculations), making her a worthy investment as she starts to provide benefits very quickly.

So, which one should new players raise?

If given the chance to choose, Matoimaru is simply always going to be the most effective option. Given that almost all players will benefit in the long run from raising her to E1 for her base skill regardless of what characters they have, and how combat-wise she’s comparable if not better than the often-recommended Melantha, there really isn’t much reason not to make the most of your materials and raise the 4★ instead. If you really need Melantha’s role, don’t have Mato or better alternatives, and shouldn’t or don’t want to prioritize getting Matoimaru from recruitment, then Melantha is still a good cheap option for development. A player should definitely not hold back their progression through Episode 4 in order to develop Matoimaru over Melantha. 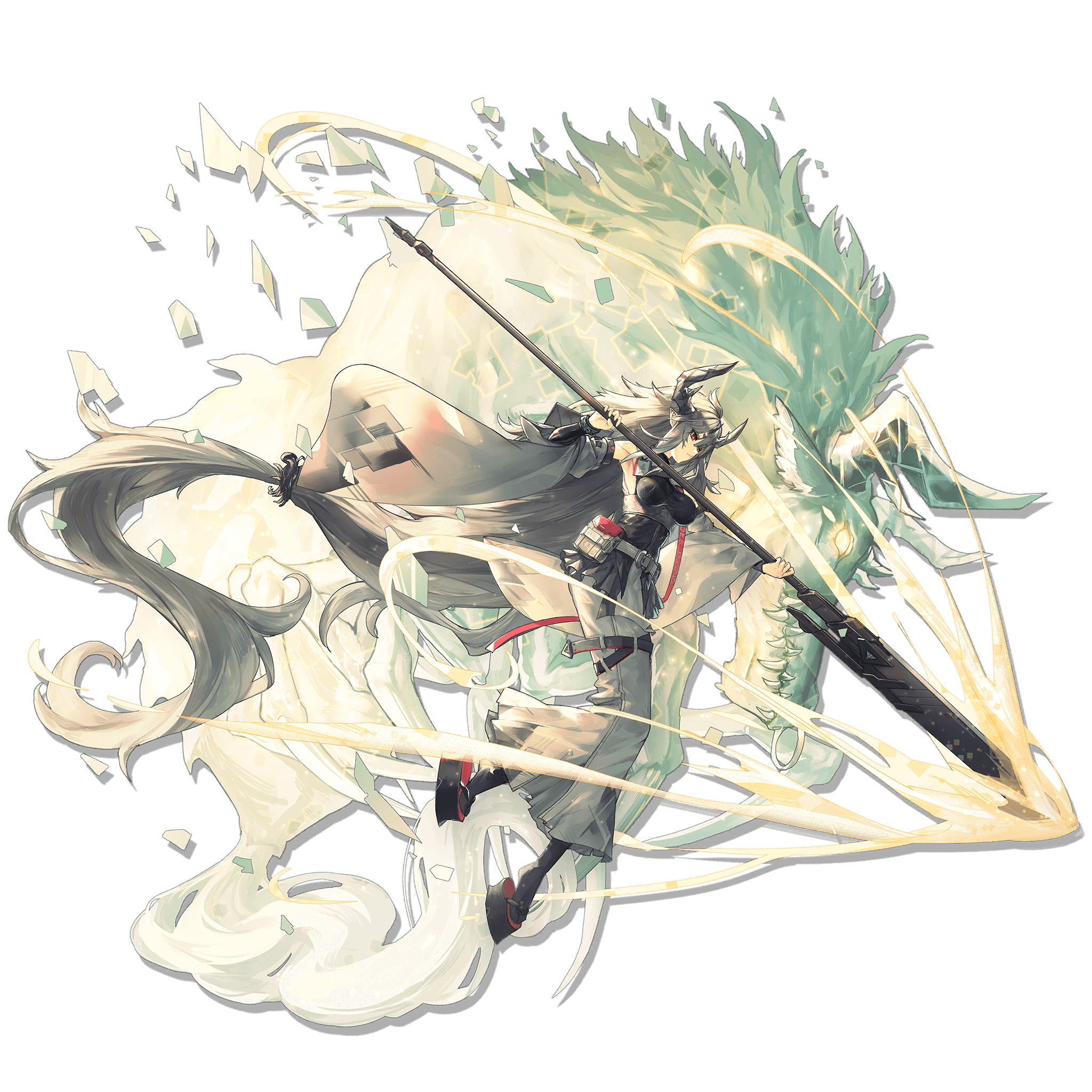 Need Advice on early game progression
I started the game a few days ago and have cleared till half way of chapter 1. I…
[CLOSED] Giveaway account with Silverash, Ifrit and Saga
Hi, you maybe have already seen my previous post. I contacted the winners but due to…
Bored Doctor Chronicles #45: Sea Creatures Are Waifu too
Mentions (click for more details) 1174 posts - 24…
The Time For Salt Hath Come! A Sorrowful Story, A Bewitching Song: [Deep Drown Lament] Roll Thread | Are you prepared to face the deep?
Originally the 2nd Anniversary Banner for the CN Server, Yostar has decided to bring…
Im very new and I need some suggestion
so uh I read some walkthrough and things and non of them really told me what operaters…
Read More