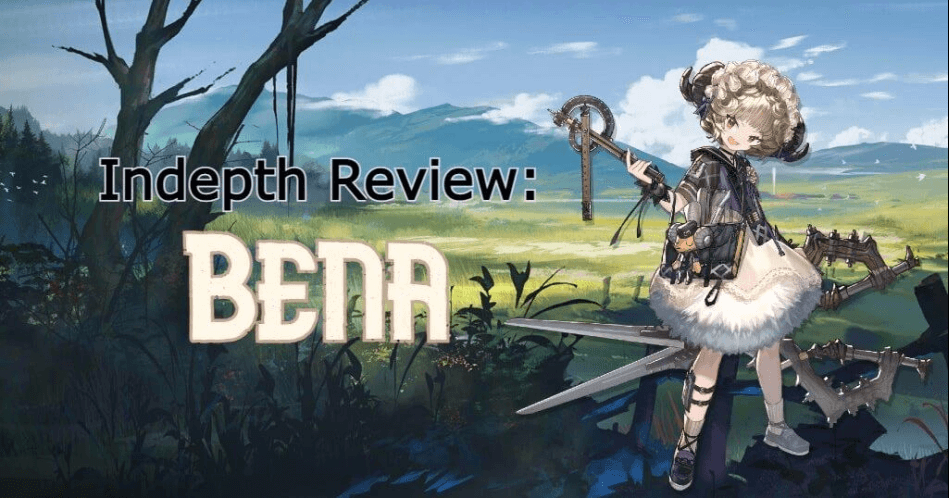 Bena is the future 5★ Puppeteer/Substitute Specialist welfare unit from the Preluding Lights event. Much like how Robin was when she first released, she will be the first unit of her archetype and free to obtain. As a result, this article will dive a bit more in-depth in order to explain what new roles this archetype brings forth, and whether or not they are of any use. Let’s find out!

Bena can be obtained through the Preluding Lights event missions and shop. You can claim Bena for 100 of the event currency and buy her Potential tokens for a total of 250, with the first one costing 30 and each subsequent one 10 more than the previous.

Bena is in a very unique position compared to other welfare Operators thanks to her status as the first (and so far only) representative of her archetype. Her unique archetypal trait makes Bena herself unable to be killed, instead swapping to Annie, her Substitute doll whenever she would take lethal damage. This mechanic is what makes this new archetype so interesting, as Bena and her Substitute behave in completely different ways despite being the same unit.

Regularly, Bena is a Block 2 Melee Operator with Physical damage using not-so-safety scissors and with the standard melee attack range (like the Dreadnought Guard archetype, for example) and can activate her skills during combat. Annie, meanwhile, is instead a Block 0 Melee Operator that deals Arts damage with her protractor-tipped staff on the 8 tiles surrounding her, and she is in constant SP Lockout, meaning she can’t activate skills nor charge SP in any way (not even through unconventional means like Liskarm or Saria). She will retreat to bring Bena back as soon as this 15 second long SP Lockout is finished. Essentially, Bena’s archetypal traits acts as a sort of passive skill that’s always available and ready to fire up as soon as she would take lethal damage, transforming her into a completely different Operator until this “pseudo-skill” runs out.

Since this trait has no limit on the number of times it can be activated through battle, it also means that Bena cannot die to enemies with only melee attacks. The only way Bena can be defeated in combat is if the enemies are able to also take down Annie in less than 15 seconds through ranged attacks, which may be easier said than done.

The Operator that most closely resembles Bena is perhaps the 4★ Tactician/Summoner Vanguard Beanstalk, also completely unique in her archetype. It’s not difficult to see how her Metal Crabs have a similar role of “undying”, especially with the refreshing effect of her first skill. While not the same at all, the comparison between these two units may help understand how Bena works a bit better.

All these facts combined make Bena a fascinating Operator that doesn’t fit perfectly into any of the roles we are accustomed to seeing. She’s a good baiter for dangerous ranged attacks but also provides a plethora of more tech-oriented options that experienced players will be able to take great advantage of. And all of this is without talking about her actual skills! 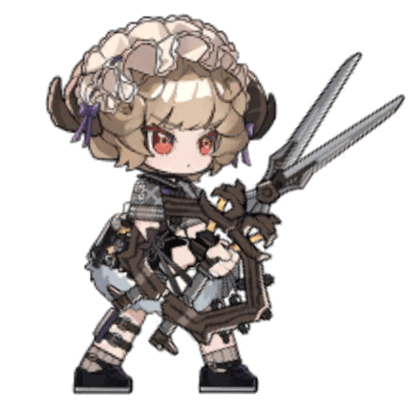 There isn’t much of a point in comparing Bena to other Operators in regards to stats, but just for the sake of getting an idea of what you can expect from her, she seems to be cut from the same cloth as Merchant/DP-Drain Specialists. Bena has very similar offensive stats compared to Mr. Nothing and Jaye, falling right in the middle of the two; and she boasts pretty similar HP, falling just some points short of Jaye. The Defense difference is more noticeable, as Bena trails Jaye by a total of 70 points, but at 300 Defense this is still quite decent. They also have a very very similar Attack Interval, with Bena being just 0.2 seconds slower.

Much, much more noticeable are the differences in DP Cost, Redeploy Time and Block Count. Despite having the Fast-Redeploy tag, Bena has the same redeployment timer as most other welfares in the game, starting at 80 seconds and going down to 70 with her Potentials. Similarly, a max Potential Bena costs 14 DP to deploy, twice as much as Jaye without any Potentials. Finally, as previously mentioned, she is also a Block 2 Operator.

Bena keeps it simple with a very easy to understand but really good talent: starting from Elite 1, her Substitute takes 23%(+3%) reduced Physical and Arts damage (beware of True damage!), increasing to 43%(+3%) at Elite 2.

While not incredibly flashy, this talent works extremely well with Bena’s kit, allowing her to act as an undying bait for a myriad of ranged attacks by making her Substitute really, really tanky.

As an example of what this talent can accomplish, at Elite 2 Level 30 Bena can very easily tank two Mortar Gunner Leaders or Guerrilla Mortar Leaders at once, like the ones that show up in H6-4 or all through Chapter 8, or even the incredibly dangerous Imperial Artillery Core Targeteers. Thanks to how her Substitute-swapping works, she can tank these constantly without the support of a single Medic. Bena also cleanses all status effects on herself (such as the Defense Shred from Acid Originium Slugs or the Cold/Frozen effects from Yeti Squadron units, like the Yeti Casters or even Frostnova) when swapping to and from the Substitute, making her an amazing bait for these kinds of enemies.

When activated, this skill immediately cuts Bena’s Max HP in half and, at M3, doubles her Attack stat and grants her a flat 35% Defense penetration.

While this skill doesn’t look all that bad on paper, it’s essentially worse than most Dreadnought Guards even at incredibly high values for Defense. Franka, who has a similar skill, will always have better average and burst DPS if her chance-based talent is stabilized to an average. She even pales in comparison to lower rarity units like Matoimaru who, even taking into account Bena’s Defense penetration talent, always has better DPS with S2.

Still, while not as good at surviving as if she didn’t use any skill nor as good at dealing damage compared to her second skill, Bena’s first skill acts like a nice compromise between survivability and damage, with the added potential of a gate for enemies she can’t take care of. 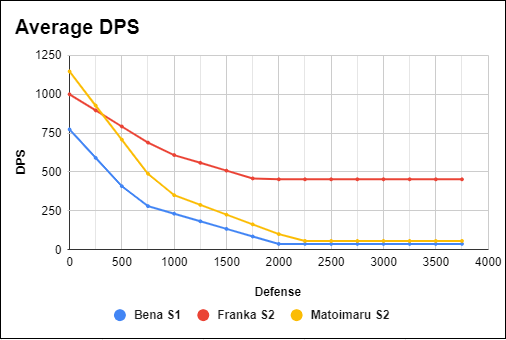 At M3, this skill increases Bena’s Attack to 190% and massively buffs her Attack Speed by 80, leaving her with an Attack Interval of 0.666... seconds. With 22 seconds of duration and a 25 SP cost, she also has a pretty decent uptime of 47%. This massive increase in Attack Speed gives Bena some surprisingly high burst potential, while the high uptime allows her to act as a very consistent lane holder. The high Initial SP also opens up the possibility of using Bena as a helidrop assassin, as she only needs 7SP to activate her skill for the first time.

These bursting capabilities let her out-DPS traditional Dreadnought Guards like Franka and Matoimaru up to 750 Defense enemies, and she can even beat Skadi with her third skill until about 400 Defense. Surprisingly enough, against enemies with 0 Defense, Bena has enough burst potential to compete with Skadi’s second skill. 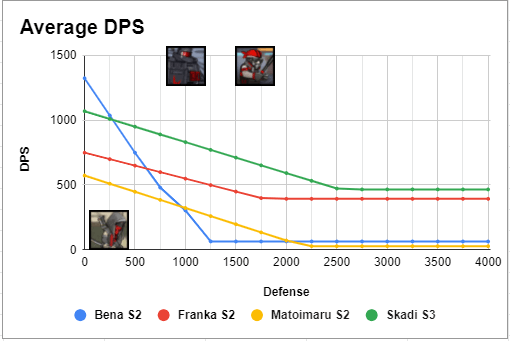 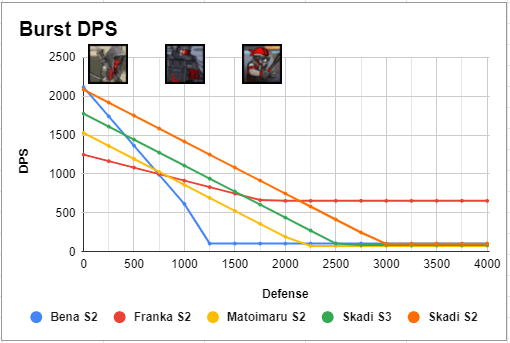 It’s important to note, however, that the skill does come with a pretty big drawback. Every single attack Bena performs will drain 4% of her own Max HP, and with the massively shortened Attack Interval this means she’ll deal over 130% of her own Max HP over time, swapping to Annie if she does not receive any support. While this may actually be something you want if you are using Bena as some sort of gate, it also means that you need to have some healing support for her if you want to use her best skill. Given its potential, though, it will often be worth it.

So, should I purchase Bena? Is the new archetype really useful? Is the strange mix on her kit useful? Will I get any mileage from her if I’m a new player? What if I’m a veteran? The answer to these questions is PROBABLY. Bena is definitely not your average welfare and her kit is quite complex, but aptly used she can be one of the best units out there for a wide variety of roles. While players in the midgame may prefer to develop other powerful units, newer players should be on the lookout for her if they lack a strong guard to hold lanes (though be aware that Bena needs constant healing support in order to use her skills!), and more lategame-oriented players should start thinking about the new possibilities her archetype brings to the table. 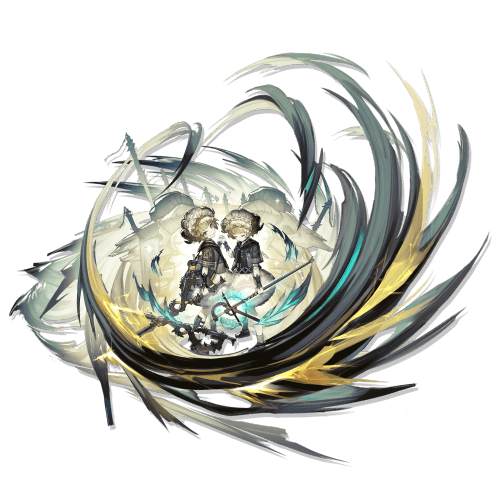