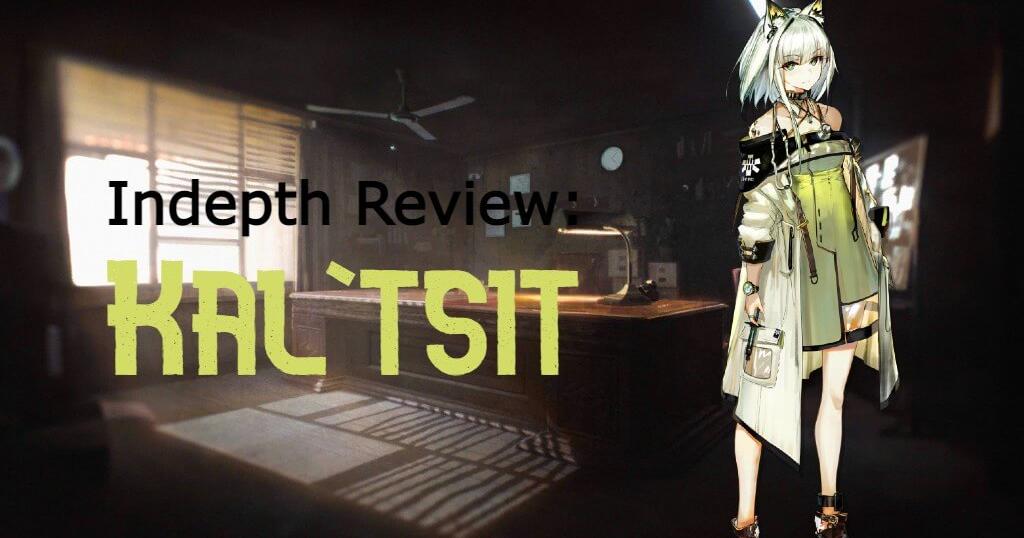 Kal’tsit is the future 6★ Physician/Single Target Medic featured in the Deep Drown Lament banner, which will run alongside the Under Tides event. Despite being a Medic, however, her healing is actually really subpar and cannot beat lower rarity Medics such as Sussurro or Gavial, even with her best healing-oriented skill.

So, what is Kal’tsit’s role if not that of a Medic? Does she bring the overall value of her banner down, or is she great in her own ways? Let’s find out!

Kal’tsit’s battle mechanics are closely linked to Mon3tr, the summonable creature under her control. So closely linked in fact that one simply cannot work without the other, and they even introduce a new mechanic to solidify this aspect.

The mechanic in question is Tied, a new condition for the activation of skills. Long story short, this effect makes it so Kal’tsit cannot obtain SP from any source if Mon3tr is not deployed on the battlefield (including natural regen and outside sources, like Liskarm), and her skills will immediately end if Mon3tr is defeated or retreated. This tag is applied to both of her most useful skills, which are also very offensively oriented, further solidifying Kal’tsit’s role not as a Medic, but as an attacker. She is perhaps more similar to a self-reliant Centurion/AoE Guard. The reasoning behind this will become obvious when we delve further into her kit, especially with her Talents. For now, let’s take a quick look at how her stats compare with other members of her archetype. 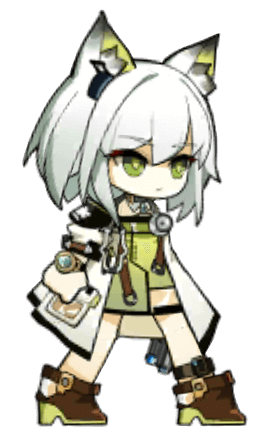 It should come to no surprise that Kal’tsit’s stats leave much to be desired in regards to her archetype as a Medic: she is the only Physician/Single Target Medic higher than 4★ that does not breach 500 Attack at max level. This is partly due to the fact that she’s the only Medic in the entire game that does not gain Attack from her Trust bonuses (excluding, of course Touch and the Reserve Medic, who cannot gain trust).

What she lacks in Attack, however, she more than makes up for in tankiness. She’s by far the most resilient medic in the game against physical damage, with over 100 more Defense than the next tankiest Medic, and having over 2000 HP.

Another important distinction to make with Kal’tsit is her unique range, extending one tile further than what a regular Physician/Single Target Medic would.

In case it’s not clear already, Kal’tsit is not a good medic by most metrics. Her role on the battlefield is enabling the usage of Mon3tr and supporting it through her Tied skills. Speaking of, let’s take a look at Mon3tr through the Talents section! 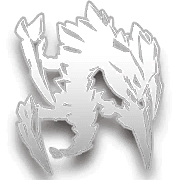 An aptly named Talent like few others. This talent is unlocked from E0, and allows Mon3tr to be summoned on any deployable melee tile in the battlefield as long as Kal’tsit is also on the battlefield. Excluding the ranged tile restriction, this is a very similar mechanic as Weedy’s Water Cannon or Skadi the Corrupting Heart’s Seaborn.

When on the battlefield, Mon3tr acts as a regular summon. It will not be automatically retreated after a certain amount of time passes and can attack and block enemies normally. It also cannot be directly healed by anyone but Kal’tsit herself, who will always prioritize healing herself and her summon before any other operator. Mon3tr also has a heavily reduced redeployment timer, from 35 seconds at E0 to 30 and 25 at E1 and E2 respectively, the same as Merchant/DP Drain Specialists like Jaye and Mr. Nothing.

Finally, when Mon3tr is not within Kal’tsit’s healing range, its Defence will decrease all the way down to 0. Speaking of, let’s take a look at its stats!

Simply put, Mon3tr is an absolute beast of a beatstick. At max level it has more HP and Attack than any other unit in the entire game, and by quite a long shot as well. Its Defense is also nothing to scoff at, rivaling if not straight up beating that of Lord/Ranged Guards. And this is all before Kal’tsit’s skills buff him even further. Similarly to Centurion/AoE Guards it can also block 3 enemies, except for the fact that it can do this from E0 as well. It also has a cost of merely 10 DP (though admittedly you do need to deploy a 20DP Medic beforehand to be able to summon it). In anything but its 2 second attack interval, Mon3tr beats every single Guard in the game by quite a lot.

At E2, whenever Mon3tr would take lethal damage, it stuns all enemies within a 3 by 3 area centered on itself for 3 seconds (the same amount as a S2M3 Projekt Red) and deals 1200 True Damage. While the damage itself is not incredible (though definitely a welcome addition), the stun opens up some additional roles for Mon3tr to play, and most importantly also cuts a couple seconds into its redeployment time, allowing Kal’tsit to potentially summon it once more against the same enemy.

A very simple and perhaps disappointing skill that barely showcases what Mon3tr can do. At SL7 this skill increases both Kal’tsit and Mon3tr’s Defense by 120% and grants Kal’tsit (but not Mon3tr) a 40% Physical Dodge. Compared to the rest of her kit, this skill is generally underwhelming. It doesn’t give you an edge over the battlefield and barely justifies the two deployment slots you have to use on it. Its only upsides are a decent uptime of 60% and the fact that it’s Kal’tsit’s only skill without the Tied tag, meaning it’s the skill you want to use if you never plan on deploying Mon3tr, but why would you?

When this skill is activated, Mon3tr’s Defense shoots up to a value slightly higher than a S2 Hoshiguma, but at that point why not just bring a regular defender instead?

Using this skill transforms Mon3tr into a bonafide Centurion/Aoe Guard and improves Kal’tsit’s efficiency as a medic somewhat, making for a powerful combo that’s able to mow down enemies quickly while healing constantly.

At M3, for the duration of the skill Mon3tr starts attacking as many enemies as it can block (3 by default) with an astounding 2663 Attack at max level. This is enough to mow down both trash mooks and easily deal with a lot of tankier targets without any difficulty at all. Additionally, Kal’tsit receives an increase of 100 points in her Attack Speed, increasing her HPS to slightly more respectable levels, around that of a S1 Gavial. 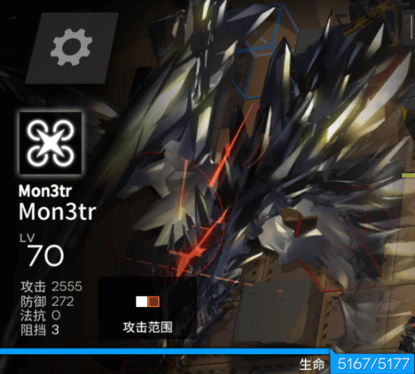 This is one of Kal’tsit’s main skills. It solidifies her role as not only a perfect lane holder, but also as one of the new best Trust Farming units in the game. Definitely a target for masteries. You may have, however, seen many people recommend her third skill as the better Mastery priority. Why? What could possibly be better than a 2660 Attack Centurion/AoE Guard with an incorporated Medic?

Surprise surprise, turns out that spammable, extremely high True Damage with absolutely zero actual drawbacks is indeed incredibly broken. At M3 this skill increases Mon3tr’s Defense BY 200% to an absurd 1215 at max level, just 100 points shy of what a S3M3 Hoshiguma would get, while simultaneously changing it’s Attack type to True Damage and boosting it by 260% to an even more absurdly high 5047, which slowly decays over time. Just to put this into perspective, even with the decaying attack this is enough for Mon3tr to very easily kill bosses like the Rat King, even through his shield, all by itself.

The only “downside” this skill has is that Mon3tr will lose 50% of its max HP if it does not kill anyone with its skill before it runs out. Taking into account that 5k+ True Damage is enough to kill many enemies found as late as chapter 8 in a single hit, I don’t think this will be an issue unless you actively try to make it happen.

This skill singlehandedly opens the meta to a whole new world of high, spammable True Damage, something not seen anywhere else (at least, not without huge drawbacks). This, in its own way, is a meta-defining skill.

So, should I pull for Kal’tsit? Will she make regular stages easier? Will she kill bosses for me? Is she strong enough, even if she’s just a measly medic? Medicknights? The answer is, of course, DEFINITELY YES. Not even taking into account the banner she’s coming with, Kal’tsit kit is absolutely loaded with skills that make her a prominent option in almost every single piece of content this game has to offer. Not only that, but her third skill even brings the meta itself one step further, bringing with itself the first true coming of True Damage as an actual option, and not just a niche choice with huge drawbacks. 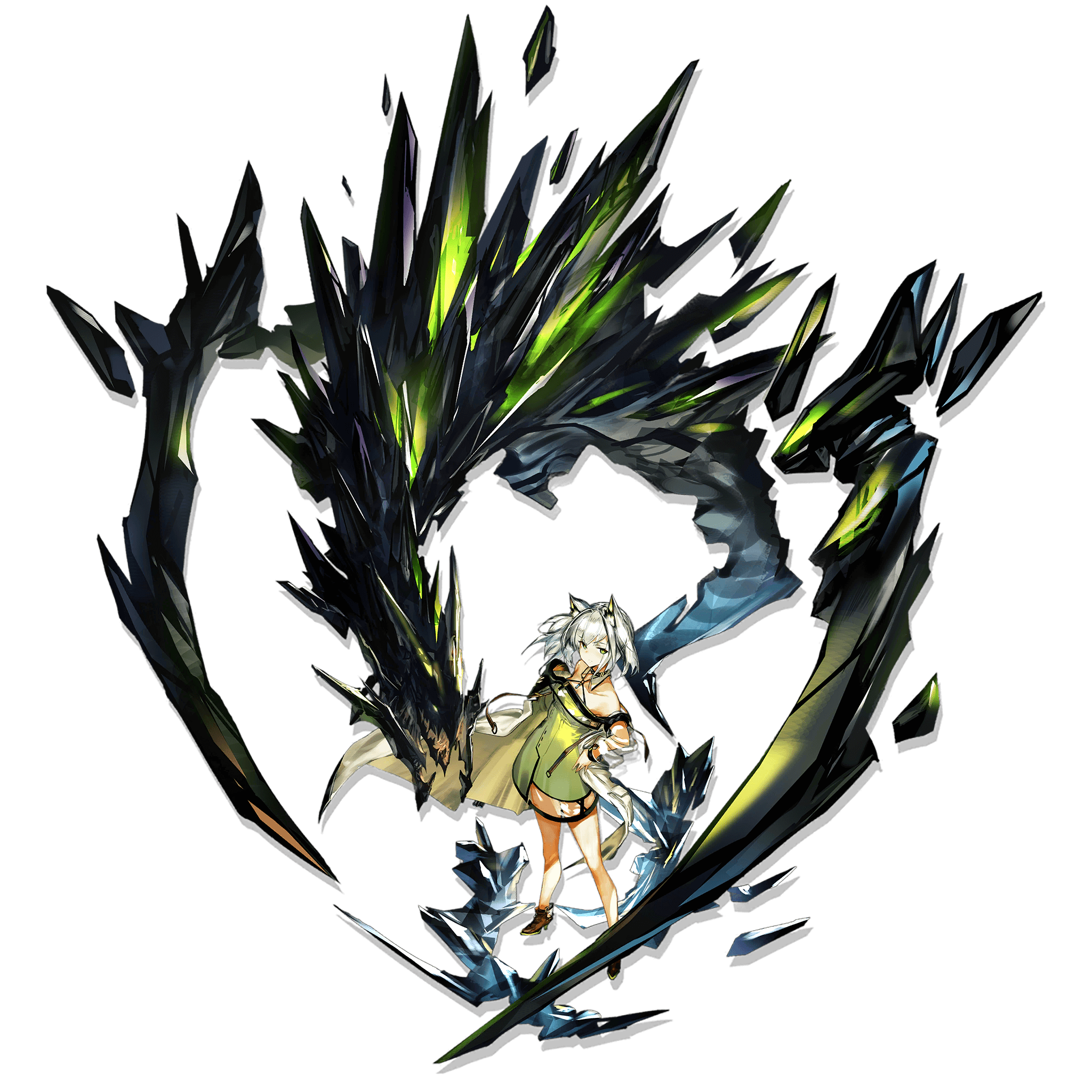 Beehunter S2M3 Attack interval
Hi everyone, can someone give me the exact interval attack of Beehunter with her S2M3…
Bored Doctor Chronicles #53: A rose for me and a rose for you
Take a rose (click for more details) 1099 posts - 32 participants…
When will CN get the new Nian family member?
Self explanatory title. I’m curious, afterall i’m collecting them all. Plus, i’ll…
Whats the deal with 1 block guards?
I think im too used to using aoe and ranged guards so neither leveled or used any 1…
Bored Doctor Chronicles #52: AK Christmas Lotto When?
Bonus NSFW ones (not *super* NSFW but never hurts to be safe) (click for…
Read More