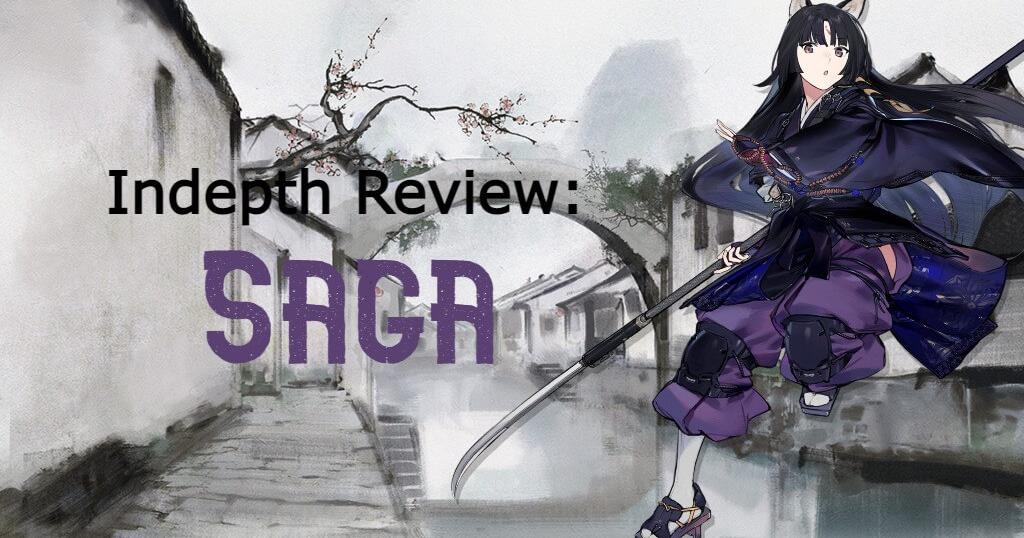 Saga is the future 6★ DP on Skill Vanguard featured in the Hidden Moon, Spring Festival banner, which will run alongside the Who is Real event. This hungry, hungry operator specializes on early game rush control with a surprisingly high power and some strange (yet very welcome!) support features. However, is she good enough to enter the very well established Vanguard meta? Let’s find out!

Saga is a two-block DP on Skill Vanguard, the same archetype as Siege, which is the main operator we’ll be comparing her to in this guide.

In terms of an introduction, there’s really not much to be said about Saga that you don’t already know about Siege. Their skills are, in fact, quite similar as well. A better talking point is whether or not any of them have a spot in today’s current Bagpipe-dominated Vanguard meta, which revolves around simply removing the early game need for Vanguards by abusing the Flagbearers Myrtle and Elysium. Let’s analyze her a bit better and find out! 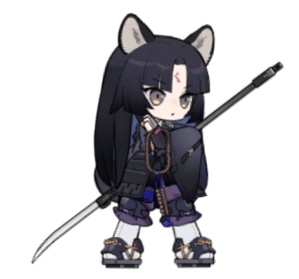 Loud units have traditionally always been great. Will Saga be the same?

Regarding stats, Saga is actually not much better than Siege, winning against her only in regards to her Attack stat by 40 points, most of which is provided by a different spread of trust bonuses. Both her HP and Defense are lower, and everything else is exactly the same.

Saga’s first talent introduces a completely new status effect into the game: the Crippled status effect. Enemies “killed” by any of Saga’s attacks will not die, and instead have their HP set to 1, become unblockable and have their movement speed reduced to the minimum possible value (this can still stack with Sluggish, by the way!), and they will die on their own after 10 seconds. Saga herself will not finish these enemies off, though any other operator can. These enemies can still enter the Objective Point and cost a point of HP, even!

The trick to this new status lies in its actual effect when the enemy is actively killed by any operator, granting them 2 SP immediately upon elimination. This makes Saga a great pair for units that enjoy quick sources of SP, like Thorns S3 or Blaze S2.

This talent is very, very similar to Blaze’s first. When Saga’s HP falls below 40%, once per deployment, she will gain an astonishing 70% physical evasion and regenerate 5% of her maximum HP every second for 15 seconds. Ideally you don’t want to have to rely on it, but if push comes to shove, it makes Saga decent at dealing with more dangerous boss-type enemies as well.

This is a skill generic as they come. After gaining enough SP, Saga will immediately grant you 12 DP. You will never use this skill as soon as she reaches E1.

This is one of Saga’s main skills, and it’s again very similar to Siege’s second skill, up to being able to hold 3 charges. Upon activation (this time manual, instead of automatic!) Saga will launch a 400% Attack hit upon up to 6 enemies in a two tile long cross shape in all four orthogonal directions, and immediately grant 4 DP. Surprisingly, despite her SP cost being slightly higher than Siege’s S2, the DP gain ends up being around the same: 0.3 DP per second.

That is, until you factor in the last part of the skill: Saga will kill all Crippled enemies, including those who were Crippled by the initial hit. This, in turns, grants Saga all the corresponding SP from her first talent, which in turn gives her more SP to cast the skill again, and so on and so forth. If this skill hits and executes the maximum number of targets, she’ll gain enough SP to fully recharge it and still have one leftover, which translates to both more damage and more DP.

Saga’s third skill is another part of her useful kit. Upon usage, she becomes a bonafide AoE Guard, increasing her block number by 1 and hitting as many enemies as her block number at once. It also increases her attack range by one tile forward, and her attack interval slightly, making her hit ~50% slower (which is around 0.3 seconds slower than actual AoE Guards) but she also gets a 150% Attack boost, plus an extra culling effect where she deals an additional hit to enemies under 50% HP. As the cherry on top, she also obtains 20DP during the 20 second long skill, which takes 40SP to charge up.

As far as numbers go, this is literally just a better Siege S3, charge times aside. Even when hitting a single enemy (remember, she can hit up to three at once) she has better average and skill DPS. The only downside is that, unlike when she’s equipping S2, Saga cannot kill any enemies by herself, as she’ll instead leave them Crippled, which will very rarely be a bad thing as this just lets her feed SP onto someone else. Definitely worth investing into after you’re done with S2.

So, should I roll for Saga? Does she finally bring an end to Bagpipe’s tyrannical reign? Is this the new evolution in terms of Vanguard meta? Should I pull if I want a replacement for my Siege? The answer is MAYBE. There is no doubt that Saga is an extremely powerful unit under any circumstances and only gets better when the stage allows her to shine with her unique kit, but that alone is not enough to stop the Flagbearer/Bagpipe combo and replace it with someone else. Still, this isn’t me telling you that she’s a bad unit, nothing further from the truth, but before going all in on this banner you must first take into account which ones are coming soon, and whether or not you’d prefer to save or pull now. Either way, you should still use up all those free pulls we get for her banner! If you happen to pull her just with these, you will definitely not be disappointed by her kit. 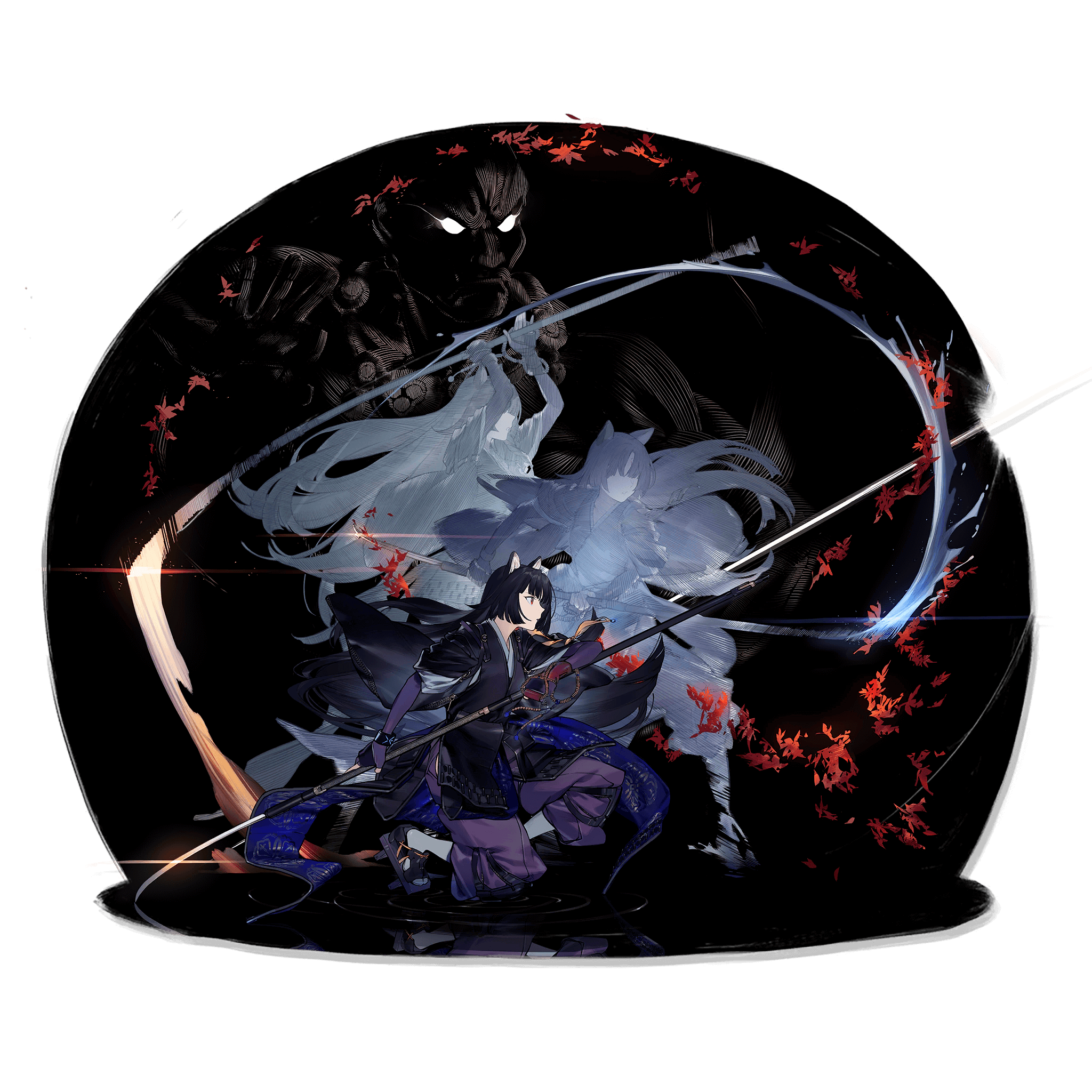