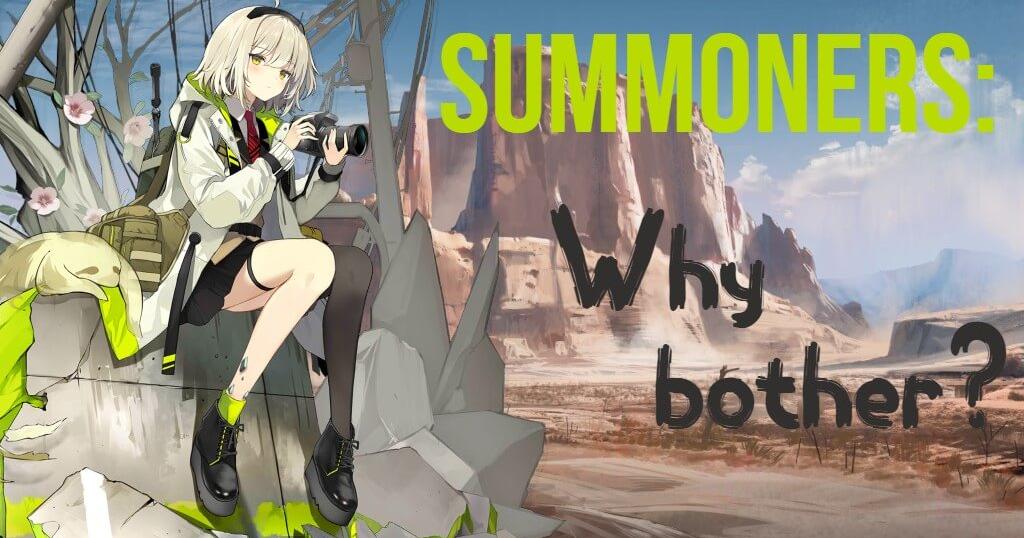 Summoner Supporters are one of the most misunderstood archetypes in Arknights. While their kits are no doubt powerful (for the most part), newer players struggle to understand what their use case is as soon as they learn that summons take deployment slots. This, in turn, leads to asking oneself at what point is it worth using one instead of deploying a regular unit, and the answer many come up with is none.

Still, Summoner Supporters are incredibly powerful in their own niche, allowing for more experienced players to create beautiful strategies otherwise impossible. In this article, I will show how and when to correctly use this archetype.

Note: This article will not be discussing or taking into account Magallan’s Skill 1 due to her unique usage as a stall option.

Surprisingly enough, one of the spotlights for this archetype tends to be content geared towards endgame players, such as Contingency Contract or similar events. Their kits are often one of the best options to circumvent Squad Size Contracts, allowing players to deploy many more units than they normally would be able to.

Another Contract style that they are particularly great at is Archetype Ban tags. Since all Summoner Supporters are, of course, Supporters, they are not hindered by any other kind of ban (all their summons are a completely separate type of unit). This allows Scene, Mayer and even Deepcolor to sometimes play the roles of Guards, Vanguards and Fast Redeploy Specialists when those units are unable to be deployed, while Magallan can take on the role of a Caster if need be.

Furthermore, many events so far have welcomed this archetype with open arms, with the most notable one being the sadly long gone Integrated Strategies, where Scene was queen and Mayer saw a ton of usage as well. With the recent rumors of it coming back for a second season on the Chinese server, it may be worth taking a look at their kit and thinking about raising them. 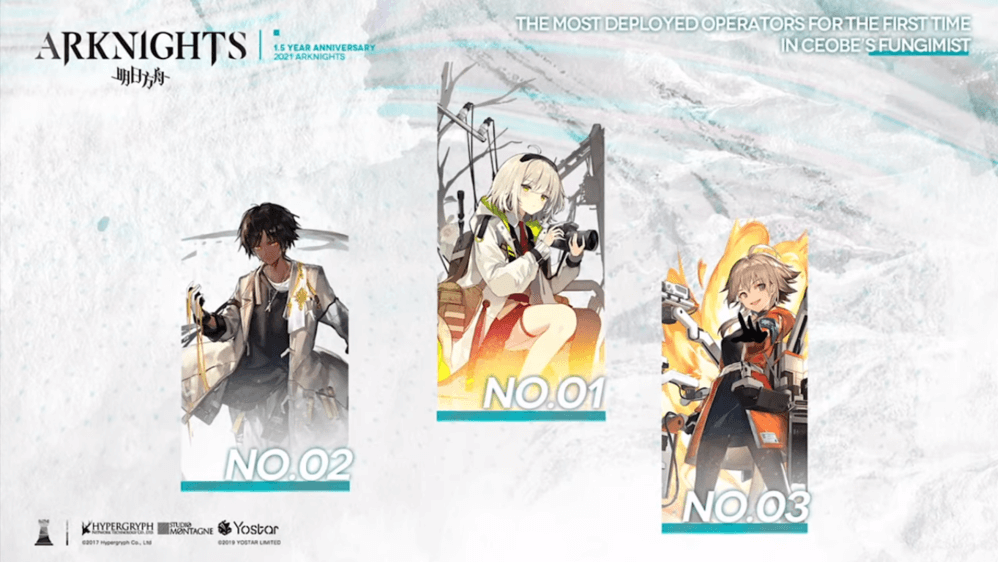 Even better, however, is that this is not the only event Summoners have been great at, with two more examples being Twilight of Wolumonde, where they were only behind Trapper Specialists in regards to taking over Gramophone Towers; and the Multivariate Cooperation cooperative events, where Top players could use this archetype to easily support Bottom players.

Finally, Summoner Supporters were also some of the best units during the Interlocking Competition event, where units could only participate in one stage before being locked out of the rest.

Another reason to raise Summoner Supporters, as most people will know already, is for the purposes of Trust Farming, meaning clearing a stage using the least amount of units possible so you can stuff the team full of low level units you wish to raise the Trust rating of. This archetype is often completely unmatched in this regard, being able to clear a plethora of stages by themselves, or with the support of a single other unit.

One especially notable example of this is Magallan’s performance in the infamous rock mines of Stage 1-7. Due to how she works, not only is she able to solo the stage, but she’s able to speedfarm by clearing the stage on the first possible frame where the last slug can be hit. To this date, she’s the only unit to be able to do both these things, which opens up two different paths to take when farming this map: You can either farm Trust for 11 other operators, or you can go the speedclearing route and bring ONLY Magallan, allowing the stage to load faster and potentially shaving off minutes of your farming sessions.

One of most endgame player’s favorite pastime is clearing stages or entire events with self-imposed challenges, such as 1P Relay or Hitless. Summoner Supporters shine in this kind of content as well, being the stars of Low Operators clears more often than not, and even helping in Fixed Team event challenges.

While this is not a good meta-based reason to raise an operator, it certainly contributes to the fun factor, which Summoner Supporters already excel at. If you’re looking to make content more challenging, try one out sometime and see how far you can get!

So, should I invest in one?

The Summoner Supporter playstyle is not for everyone. It is sometimes difficult to find a spot for them in the team, especially if you already struggle with the content you’re going against, but that does not mean they are useless or bad. Nothing further from the truth.

While it is not a recommended archetype for beginner or intermediate players, they are a great investment for more experienced ones, and with Scene being free and easy to use, there’s not much reason not to raise her if your bases are already covered and you want to push your game even further. You will not regret it. 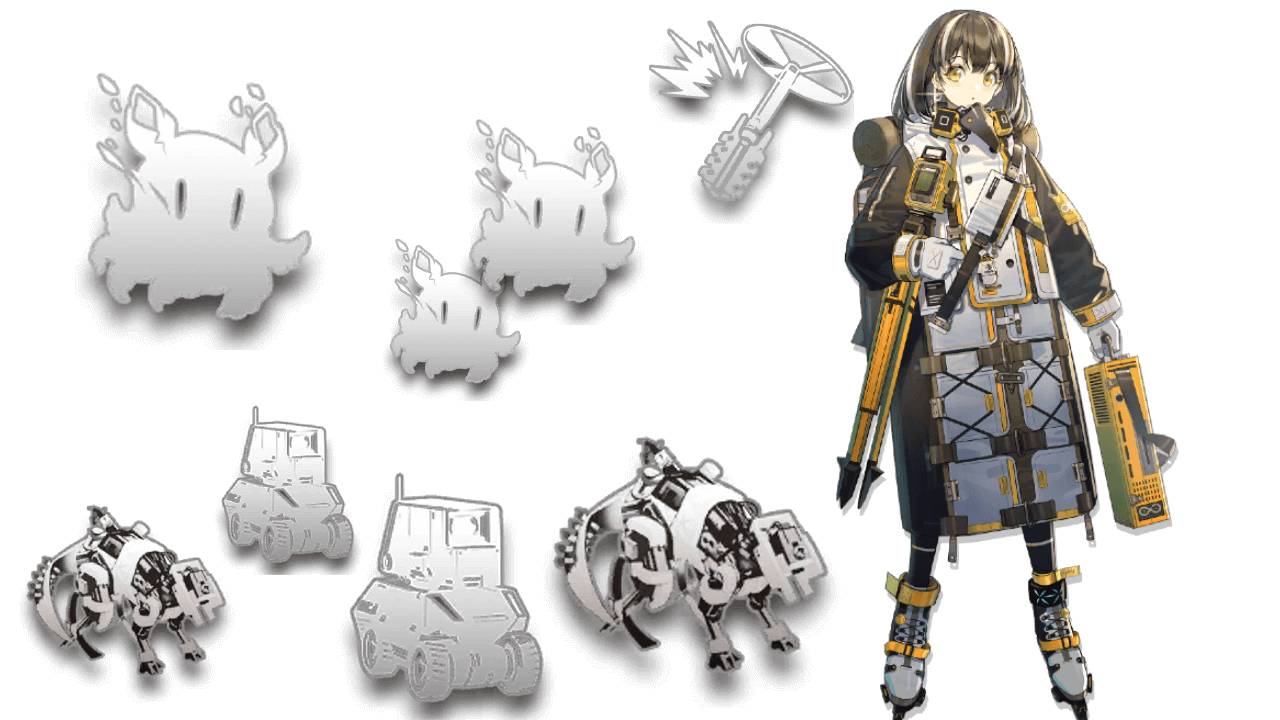