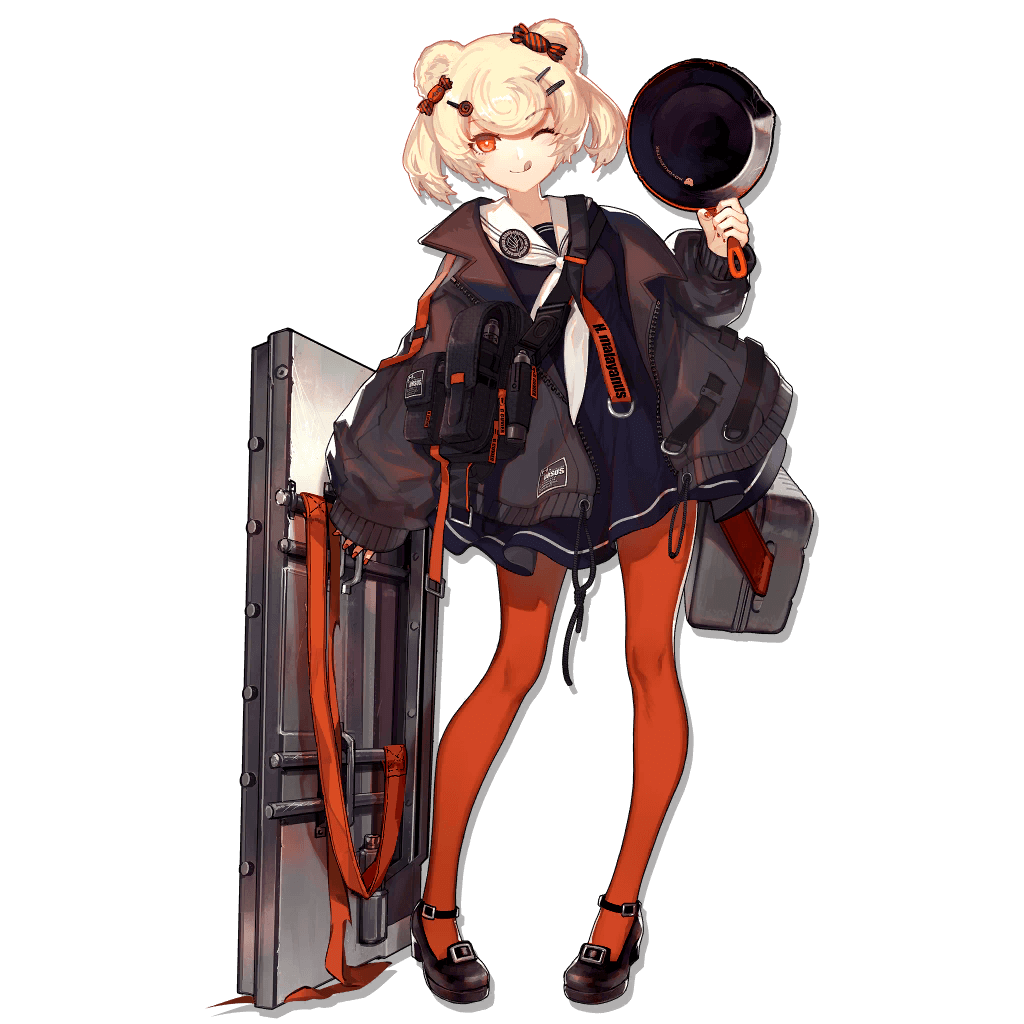 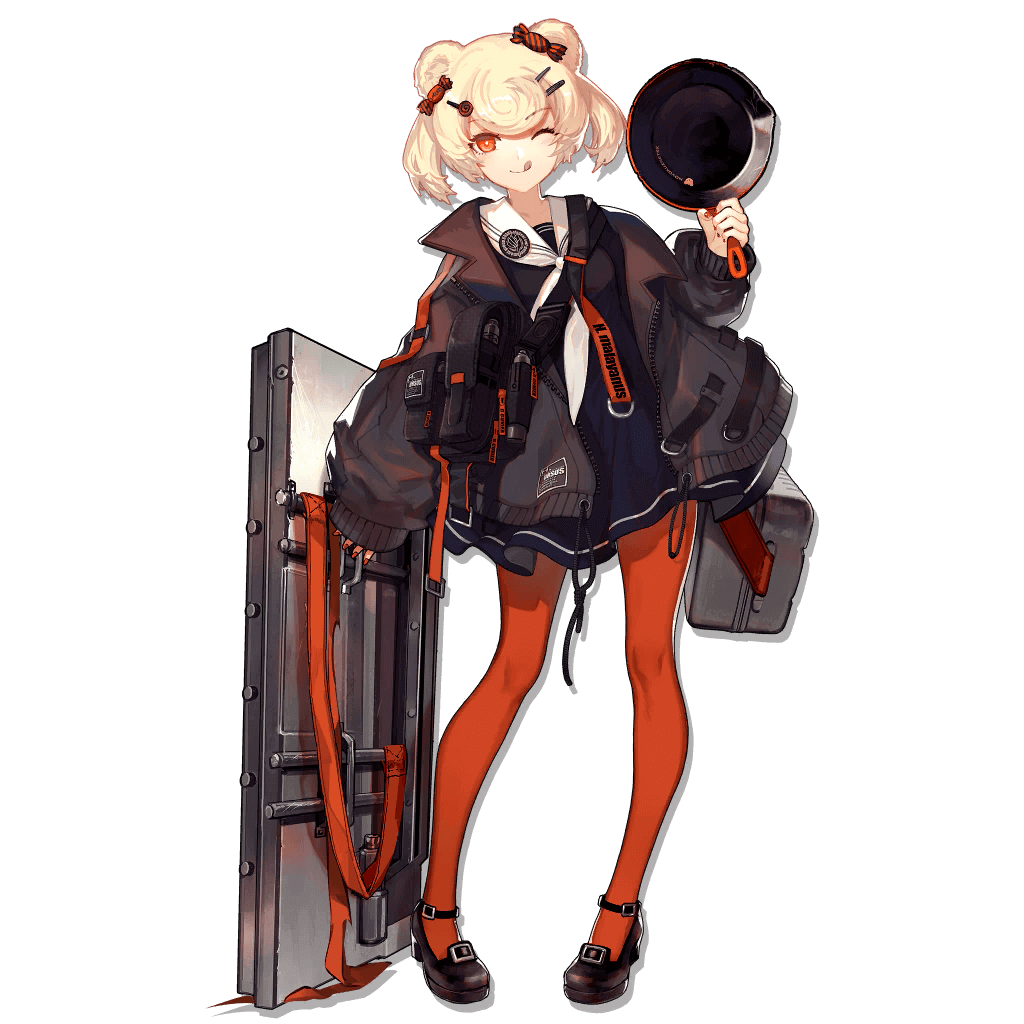 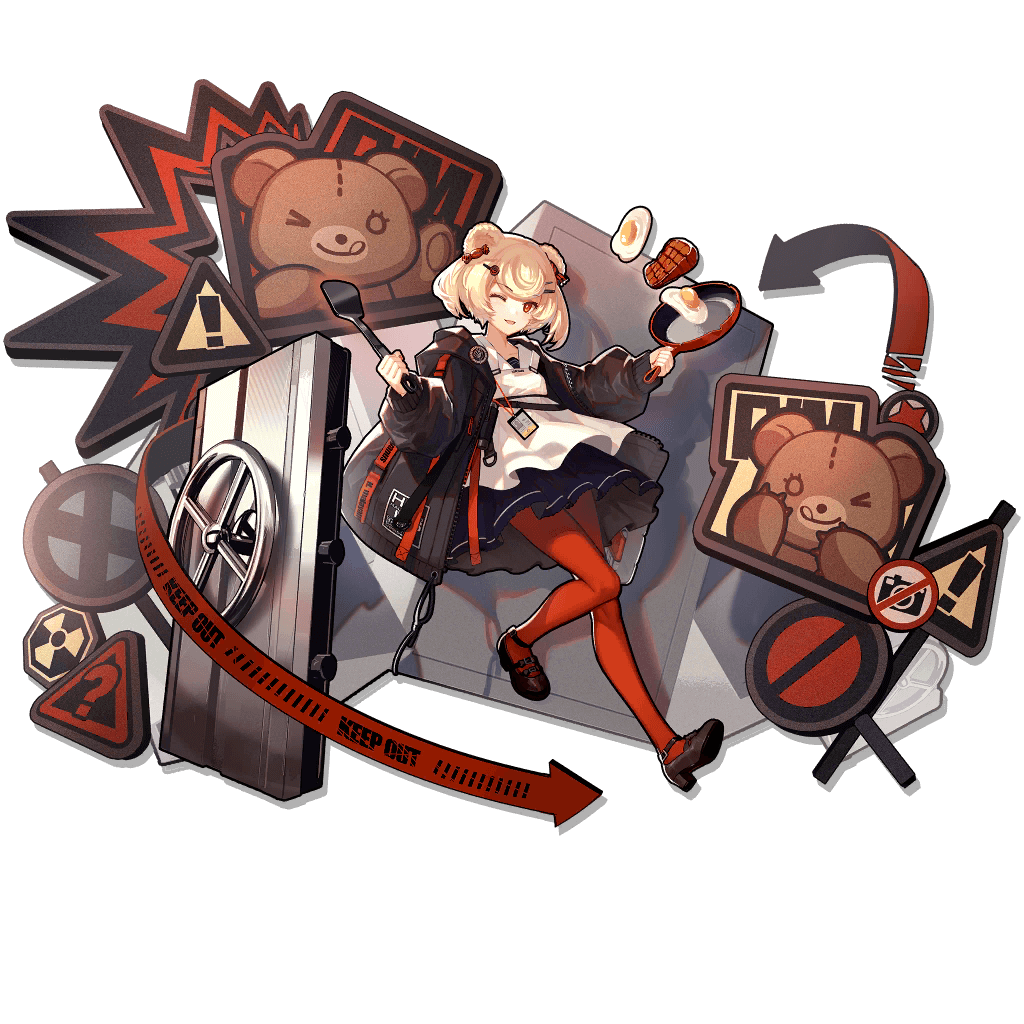 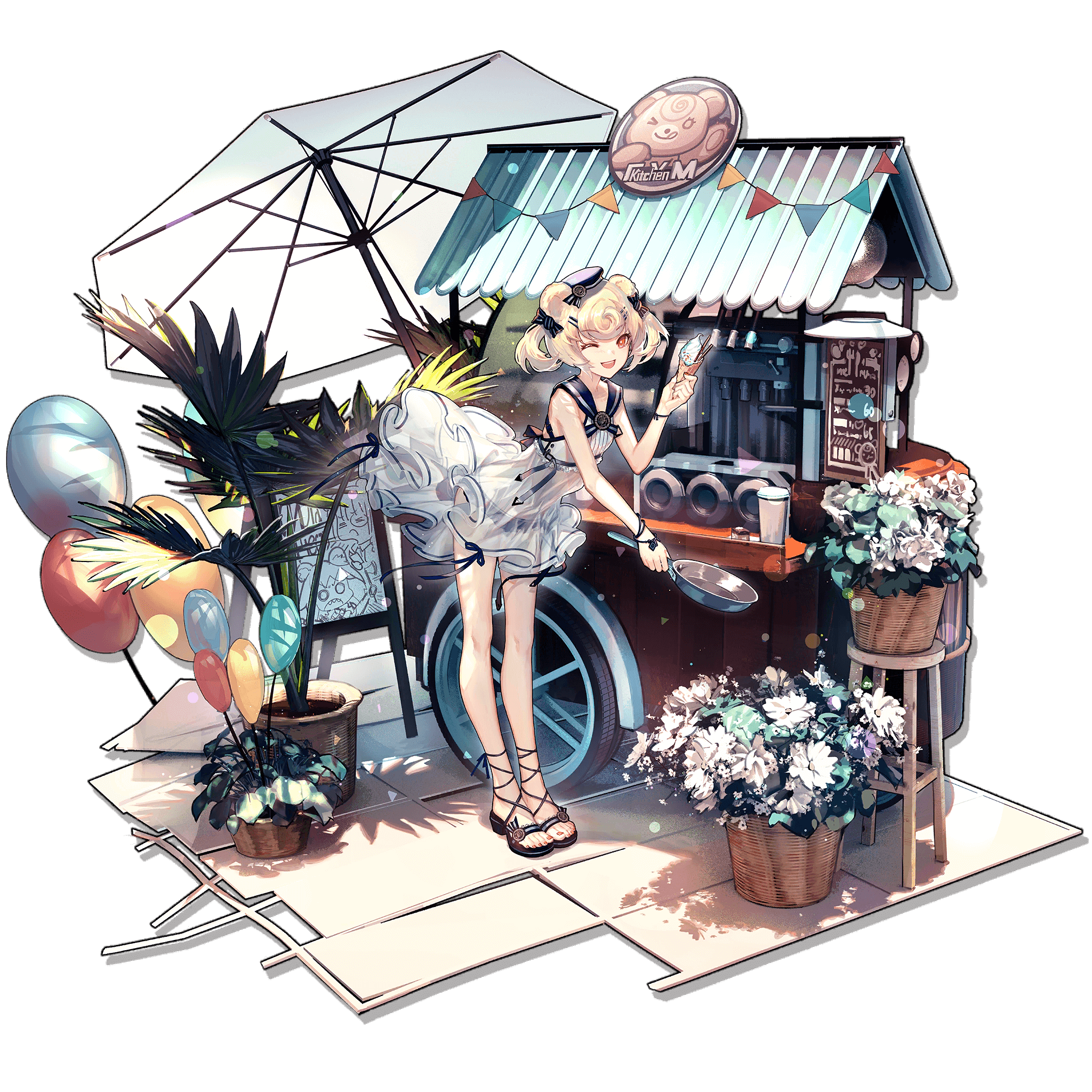 Gummy, Defender Operator of Rhodes Island, will heal her teammates while protecting them.

She whips up an absolutely scrumptious breakfast.

When attacking, has a 10% chance to increase the current damage of that attack to 150% and Stun the target for 0.5 seconds
Frying Pan Specialist
Lvl: 1

When attacking, has a 13% (+3%) chance to increase the current damage of that attack to 150% and Stun the target for 0.5 seconds
Frying Pan Specialist
Lvl: 1

When attacking, has a 15% chance to increase the current damage of that attack to 200% and Stun the target for 1 second
Frying Pan Specialist
Lvl: 1

When attacking, has a 18% (+3%) chance to increase the current damage of that attack to 200% and Stun the target for 1 second

When this Operator is assigned to a Trading Post, order acquisition efficiency +30% and Morale consumed per hour -0.25
Cooking Lvl: 1

When this Operator is assigned to a Dormitory, the recovered Morale of an Operator whose Morale is not full +0.35 per hour (only the most effective one will take effect when assigned Operators have the same skill effect); Self Morale recovered per hour +0.35

Gummy was once the teenage group runner-up in the Ursus Youth Scout competition. Before the Chernobog incident, she was a middle school student in the city. She is skilled in Ursus-style cooking.
In a number of tests, she has exhibited the strength and solid physique characteristic of most Ursus. Gummy has been approved for an internship in a squad of Defender Operators. She also provides logistical support and combat culinary services for Rhodes Island.

Increase Trust to 50.
Of the five inductees she joined with, Gummy is the one most energetically trying to integrate into the culture of Rhodes Island. She skillfully converts ingredients into cooking materials and has used her vigorous Ursus manner to convert the kitchen into a battleground of sorts. Gummy's cooking doesn't quite satisfy the tastes of those accustomed to the food of other races and nations, and she has neither the experience nor the interest to be our main chef, but the fresh dynamism of Ursus cooking has become an irreplacable part of Rhodes Island's culinary culture.
One day's breakfast menu: Yakulevich red sausage (with garlic), Ursus-style boiled beans, soft oatmeal bread, and fermented yogurt.
The taste is said to be exquisite.

Increase Trust to 100.
Gummy is lively, kind, and pure. She always speaks from the heart and has a genuine desire to please everyone.
Gummy trusts her leader, Zima, implicitly. She has actively tried to create a jubilant atmosphere for the Ursus Student Self-Governing Group and has tried to put to rest some of the unease the Ursus students have felt since the Chernobog incident. Gummy firmly believes that integrating into Rhodes Island is the proper course of action and is amiable towards all of Rhodes Island's Operators.
Psychological counselors sent by the medical team have confirmed a hypothesis: Gummy is working and making connections as a way of managing her anxiety. Over several consultations, Gummy has not yet disclosed what the other members of the student union experienced during the Chernobog incident.

Increase Trust to 150.
Gummy was born in the city of Chernobog in the Empire of Ursus. Her parents are currently employed elsewhere. Gummy participated in Chernobog's local Youth Scout group and achieved outstanding results in its events and competitions. There is reason to believe that Gummy's survival and rescue skills have their roots in this experience.
When Gummy first joined Rhodes Island, she carried all kinds of equipment that she had found in ruins following the Chernobog incident.

Arknights: Is Summer Finally Coming?! What the Hell...agur??

Going pure F2P - How many free Originum are there in the whole game? (From first time completion)
@NobodyKnows1 wrote: Not counting from Events or…
Are there operators you cant get from Recruitment?
@God0fBanana wrote: Okay so i want Nightmare and since i’m…
Are schwarz and glaucus worth pulling?
@God0fBanana wrote: Ever seeing schwarz and glaucus i…
Gatcha rate up question
@MatteoM wrote: Hello, i have read that the rate up for 6*…
Does anyone has a spare account with Ch'en?
@MatteoM wrote: Hello, as the title says, does anyone has…
Read More