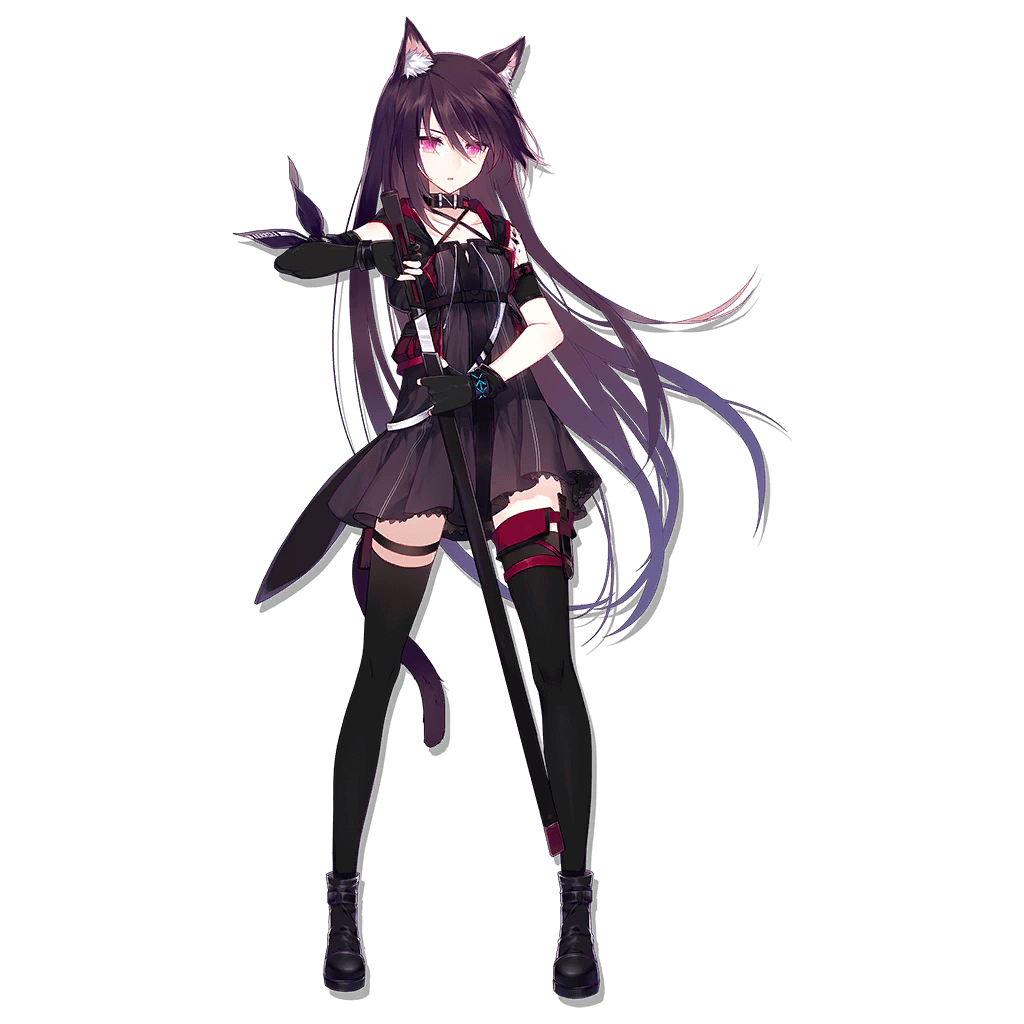 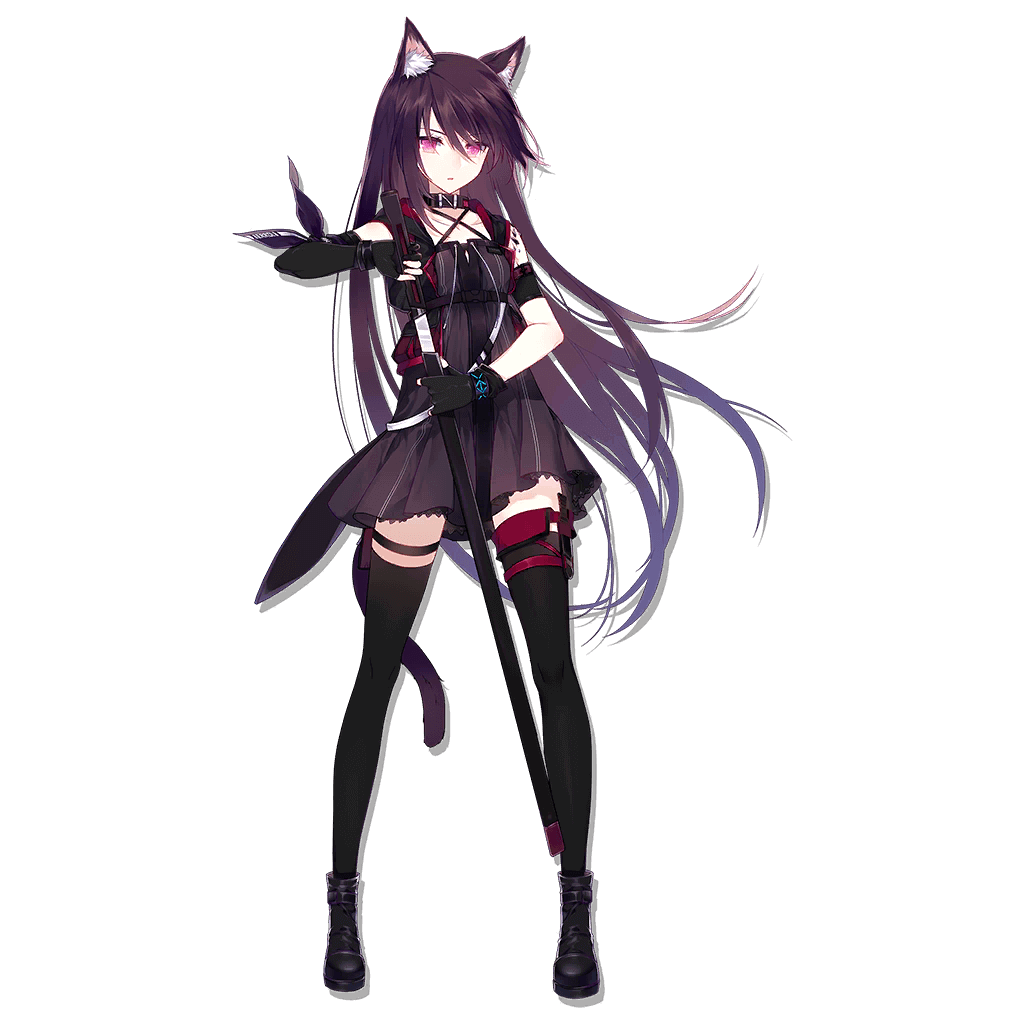 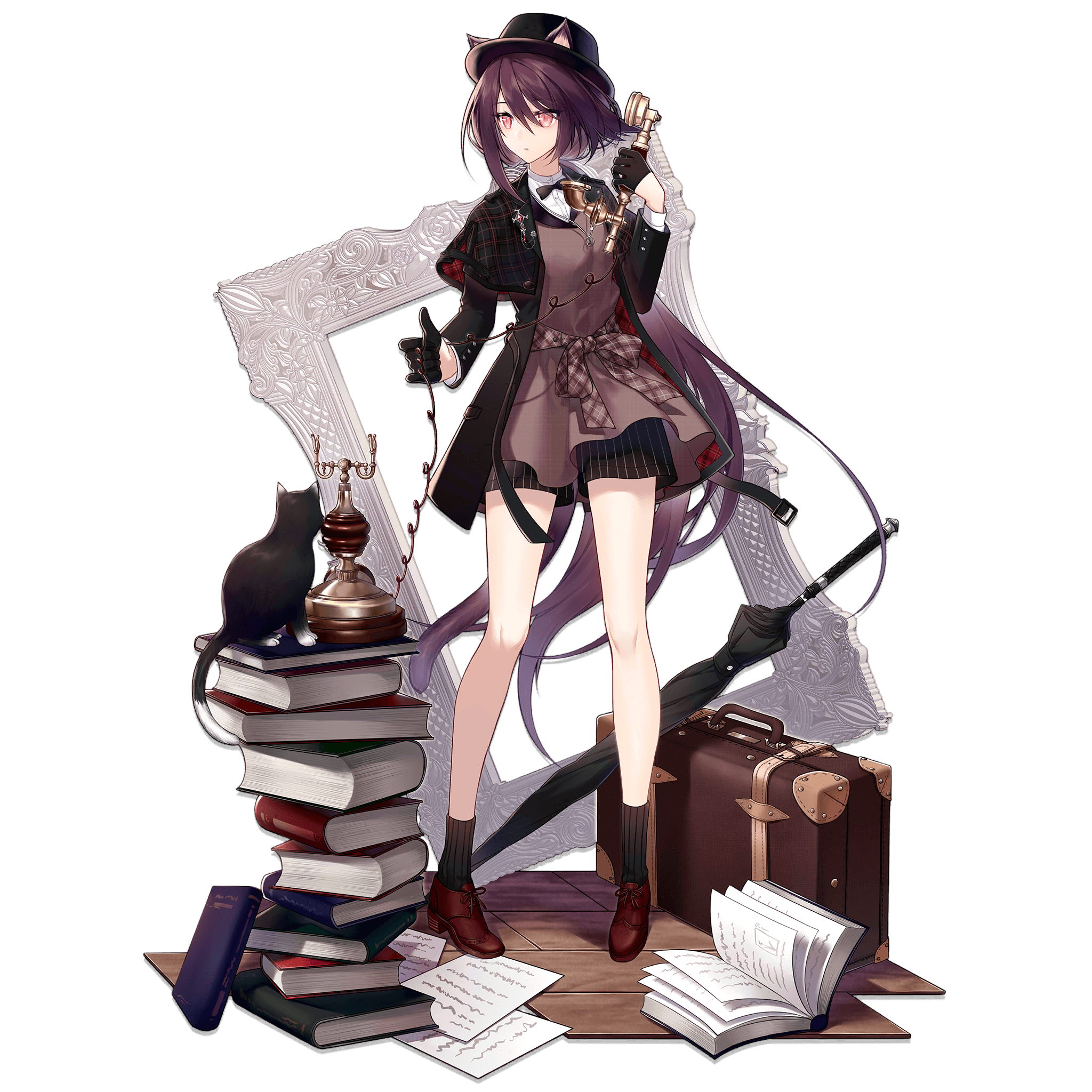 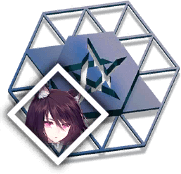 When this Operator is assigned to a Trading Post, order acquisition efficiency +25% and the order limit +1
Focus α Lvl: 1

When this Operator is assigned to the Workshop to process any material, the production rate of byproduct increases by 40%

+ Mel serves as a nice Caster assassin for early chapters of the game.
+ High ATK and HP for her level
+ S1: Decent ATK boost Skill
+ Cheap to develop and deploy, and easy to max Potential
= 1-Block Duelist Archetype
- very replaceable
- S1: has a long cool-down

A proper young lady with a love for art and a shy personality may be an unexpected choice to lead Rhodes Island’s Op Reserve Team A4, but any doubts disappear once she starts dicing enemies with her katana. Despite being a humble 3★ Guard, Melantha is one of the stronger low-level DPS Operators in Arknights, and many Doctors continue deploying her long after they have stopped using other 3★ units.

Melantha is what some players call a “stat stick”: rather than fancy tricks, she packs her power into her raw stats. Her HP and ATK are ridiculously high for her rarity and DP cost, and the ATK buffs from her ATK Up Talent and ATK Up α Skill boost her already-high DPS to even more impressive levels.

Despite this, Melantha does fall off in high-end content. Her kit lacks the utility that many higher-rarity Guards bring to the table, and her lack of an E2 promotion limits her potential in the long run. That being said, with the accessibility and low investment cost of a 3★ rarity on her side, it’s no surprise Melantha carries so many Doctors on her well-bred shoulders.

Solid stat stick that can satisfy almost all of your Duelist Guard needs at a cheap development cost. Mato is an overall more efficient choice, though, because of Mato's E1 base skill.

+ Strong single-target physical damage. Can deliver decent damage for earlygame.
+ 0 Hope Cost.
- Doesn't provide anything of note past the early game. Enemies become too powerful for her.

Melantha is the captain of Reserve Op Team A4 and a citizen of Victoria. Before she took up her current post, she was a typical jobless Infected. After an exceptional performance on her tests, she received an offer to join Rhodes Island.

[Cell-Originium Fusion Rate] 2%
Subject is mildly infected. There is a lesion upon the subject's left shoulder, though the infection has largely been contained and is in stable condition.

[Blood Crystal Density] 0.25u/L
Results of internal circulation tests have been positive. Strength training is recommended as part of the course of treatment.

Increase Trust to 50.
Melantha was born in Londinium, the capital of the Kingdom of Victoria. Her father is a trader engaged in the bulk spice trade. He runs several spice mills of his own. Her mother is the head of the family's aromatherapy flagship store in the heart of Londinium.
Following in the footsteps of her parents, Melantha got involved in spices at a very young age, often assisting them in developing new aromatherapy products. Melantha's experiences have been heavily influenced by her parents.

Increase Trust to 100.
Melantha was a student at the Wessex Private Middle School when she was young. She received exceptional marks in all her classes, but because she was soft spoken and lacked communication skills, she was never the center of attention or very popular.
Her lack of friends remains due to her unwillingness to change her personality. With her parents' help, she immersed herself into upper-class academic activities, including art, literature, and poetry. In traditional Victorian society, the arts are an important part of a woman's formal education.
In addition, in order to strengthen her weak constitution, Melantha's parents arranged for her to study swordsmanship and other popular upper-class sports.
After the Infected crisis broke out, Melantha was herself Infected. Her parents arranged for her to receive treatment from Rhodes Island Pharmaceutical's. And before long, she was on the way to the company for treatment.

Increase Trust to 150.
Melantha has a close relationship with all the other members of Reserve Op Team A4. Introverted by nature, she initially worried about whether she would be able to serve well in her role as Reserve Op Team A4's captain, but with the help of her companions on the team, she broke through her inner obstacles.
The lively and cheerful Cardigan is her inseparable friend. In both life and on the battlefield, they maintain a strong and complementary relationship.
Melantha also has great respect for the mature and dependable Operator Steward. She feels both guilty and grateful to Ansel, who is in charge of maintaining her health records as well as providing her with daily treatment. Finally, Adnachiel is the Operator that Melantha understands the least. Since the beginning, she has struggled to figure out what this kid from Laterano might be thinking. Nevertheless, Adnachiel hasn't caused any problems in battle.
During her tenure as captain, her subordinates have all spoken highly of her attentive and careful nature. Her serious and disciplined qualities have enabled her to complete all the missions Rhodes Island has entrusted to her.

Increase Trust to 200.
So far, both existing archives and the observations of her fellow Operators have failed to grasp just what kind of swordsmanship Melantha employs. This is one of Melantha's few mysteries.
Judging from test records and daily battle videos, her swordsmanship appears to have originated from the Victorian traditional duelist's style, but at some point during her training, she must have picked up some heavy influences from Eastern sword arts.
Melantha's weapon can also be looked at as a kind of circumstantial evidence for this. She uses an exceptionally fine yet extremely sharp straight sword. Current data makes clear that this weapon is only used in Yan and some parts of the Far East.
Melantha's swordsmanship is agile and her skills are outstanding. In terms of combat techniques, Melantha has is skilled in tactical assault. Even without support, she can rely upon her mobility to move about the battlefield and hide when necessary.
On the other hand, Melantha lacks the ability for effective direct confrontation and she displays certain deficiencies in stability during high-intensity operations.
Up until now, Melantha has trained under the guidance of Franka.

Stage Name: mem_melan_1
Unlock: E1, Level 55
Description:
How to cope alone in crisis under a huge volume of enemies attacking—one of the exam questions given by the instructors to their students, and the first Operator called up was Melantha, the best at frontal combat.
One-on-one direct confrontations are very much suited to Melantha displaying her own strength, but malicious combat environments can become a hindrance to her operation. Support from Medical, carefully calculated usage of strength and finding the right time to burst are the keys to victory in this simulated combat.