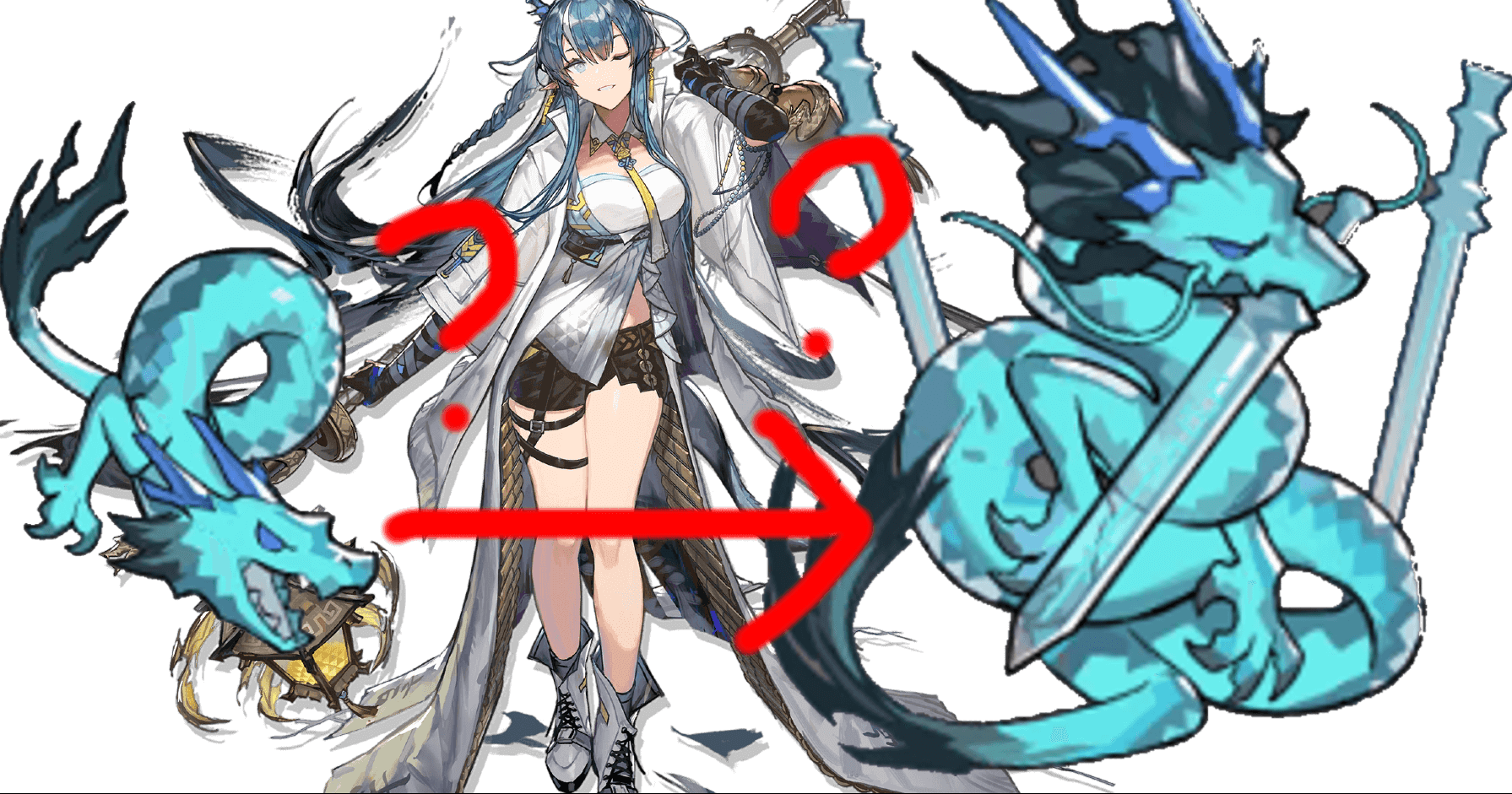 Hello again. Ling is here along with the strongest laneholder unit in the game, the Big Dragon. Ling and her dragons (on S3) had been repeatedly referred as the simplest option to just roll over the enemies with BIG STATS. While her gameplay is truly simple, sometimes merging the small dragons to a big one can be a little intricating, or at the very least, interesting.

Let's find out in full details how does it really work.

First of all, I have created the most condensed phrase I can think of to describe their behaviour.

Merging takes priority to fuse into the dragon in range of the latest deployed dragon, and takes the behaviour of the previous small dragon in the tile.

Too complicated? Here’s case by case. I'll note A, B, and C as first, second, and third deployed dragon, cuz I don't want to type those out.

Since B is deployed last, and A is in its range. A becomes the Big Dragon.

Next case, but it's three-in-one. 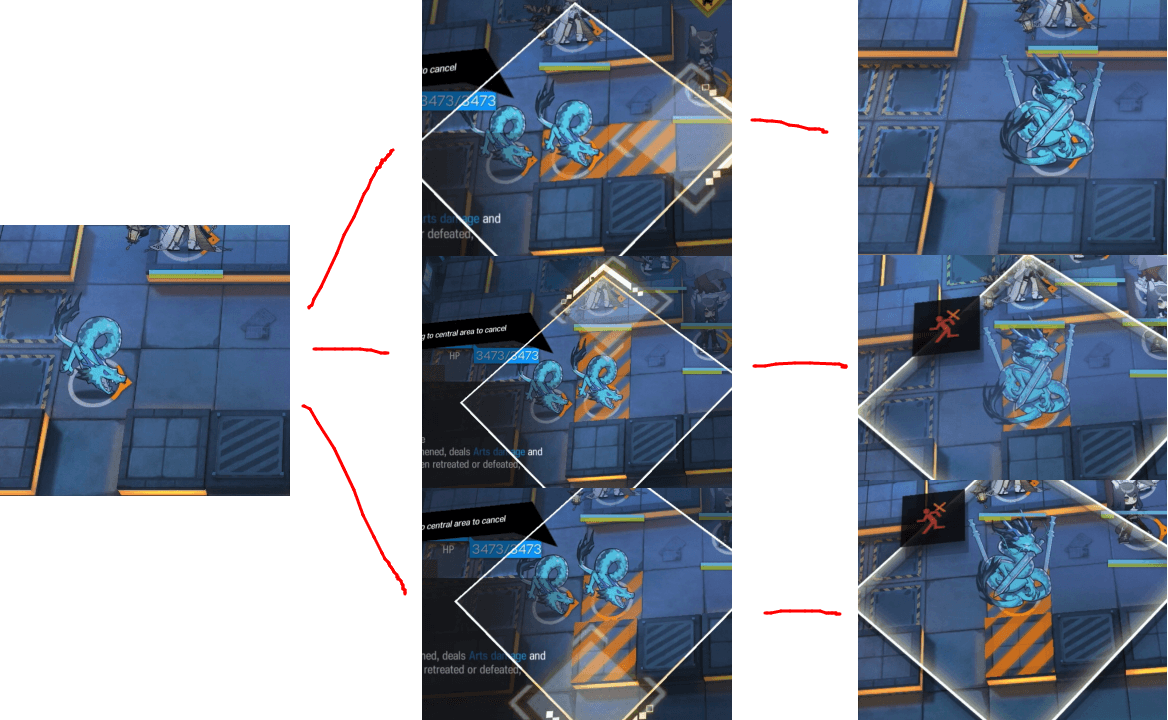 B is deployed last, but since no one is in its range, A is technically the “last deployed” dragon, and since B is in range of A, B becomes the big dragon, taking the direction of B.

Just these 2 tricks alone are enough to use Ling. When merging, the dragon instantly refreshes its HP, which is now 7k.

Second case allows you to move the dragon toward the tile it is facing. Not only that, you can also change its facing direction as well. You can use this to hold this area first and then move forward to the next area later on. Or you can also use it to completely refresh its status (I'll explain this later). For example, you can do this:

Well like I said, last deployed dragon takes priority. B was deployed “last” before C, so B get merged into C. Of course if C was facing either A or B, those guys will be the big dragon, since it’s just the first case but with a third wheel.

Status of Big Dragon after Merging

What about the second clause of my general rule?

Takes the behaviour of the previous dragon in the tile

Well, we have established that 2 dragons will form into a big one and that they have to be on a tile that one of the two was occupying before.

So, when merging, the Big Dragon will continue to behave as what the small dragon in that same tile did. If A was merged into B, Big dragon will be just like B previously, keeping all of its buffs, debuffs, elemental damage, and aggro level.

In fact, we don’t “create” a new dragon. The best way to think about it is that the old one “transformed” to the big dragon.

We don’t usually buff summons, so only the aggro and debuffs are more important. For example, we have long duration annoying debuffs like Talulah’s burning breath, elemental damage Corrosion, or acid slugs. If you aren’t careful, you can create a big dragon that is still being affected by those things. Granted, with roughly 7k HP and 800 DEF and 20 RES and can kinda be easily replaced, it’s not much of an issue.

But if you do buff summons, and more especially with Aak, you can use Aak to buff the small dragon, have it takes all the damage, then transform it to Big Dragon, having full HP but now with +50% ATK and +50 ASPD.

And I think that’s that for their merging behavior (wait didn’t I use this word with “u” above?). It's kinda simple tbh, just like the rest of her gameplay.

There are some more miscellaneous info I can give, for example: